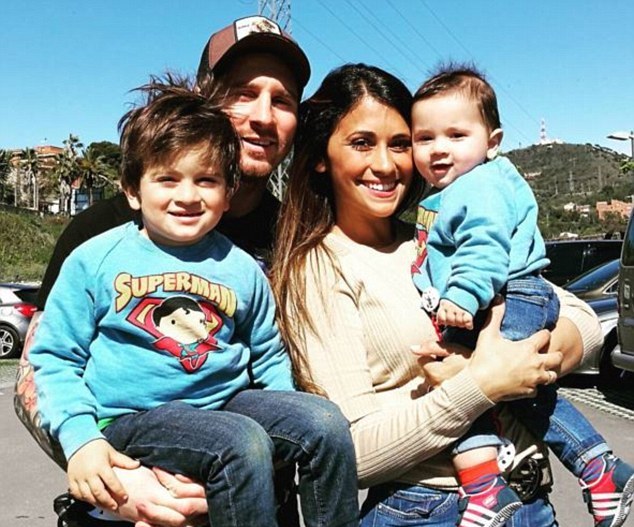 Messi is the only player in football history to win five FIFA Ballons d’Or and was also the first to win three European Golden shoes. These are just two out of his countless awards and record. Throughout his career, Lionel can be said to break records and create new paths as a hobby. If shattering world records was a career, Lionel Andres Messi would be one of the tutors on how best to go around it.

Born into a football-loving family in central Argentina, the young Lionel was sold out to the sports since he was a child. He played football together with his brothers but his passion was evidently different from the rest of them. Famous Argentine had always been a talented player and his rare skills were quickly noticed in every club he joined. When not on the football field, Andre is known to be notoriously quiet and private.

As a young teenager, he was diagnosed with a growth deficiency disorder, the reason for his diminutive stature. It posed an early threat to his football career as he was finding it hard to join a star club. Help came for him and today, the rest is history. As much as he is considered a highly prolific soccer player, Leo is big on family. He has such a sweet love story with his childhood sweetheart, he is every bit of the doting father and to his birth family, he is their hero. Read on as we take you through the life of his closest fans on and off the field. 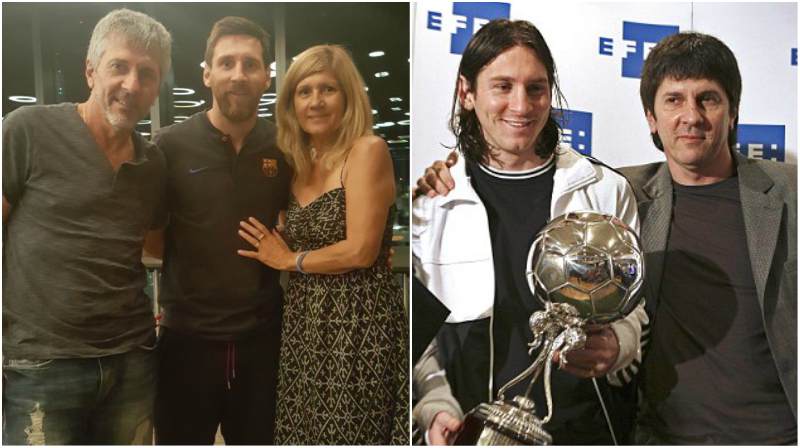 Jorge was a factory steel worker but loved football so much that he was the coach of a local club known as Grandoli. At the age of five, the legendary Argentine footballer was already a part of the club under the tutelage of his father. For almost two decades now, Jorge has been his son’s agent 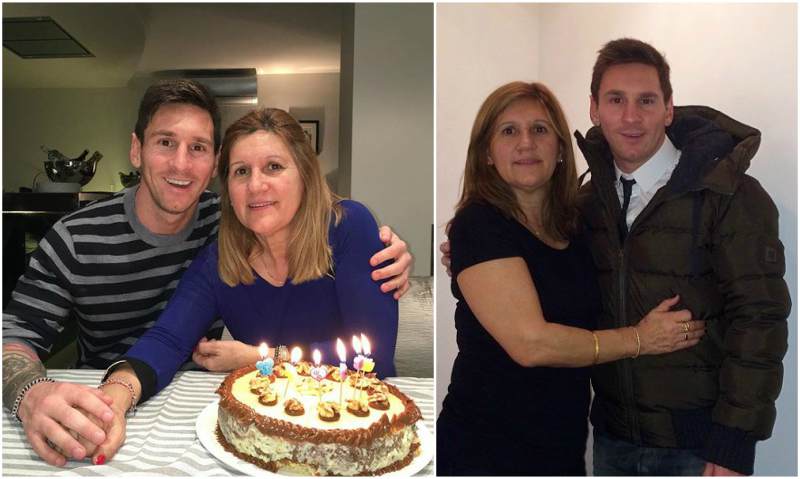 She worked as a part-time cleaner and is so greatly loved by her son that he has on his left shoulder a tattoo of her face. Celia and her son are incredibly close and she is on the managing team in charge of his Charity Foundation. 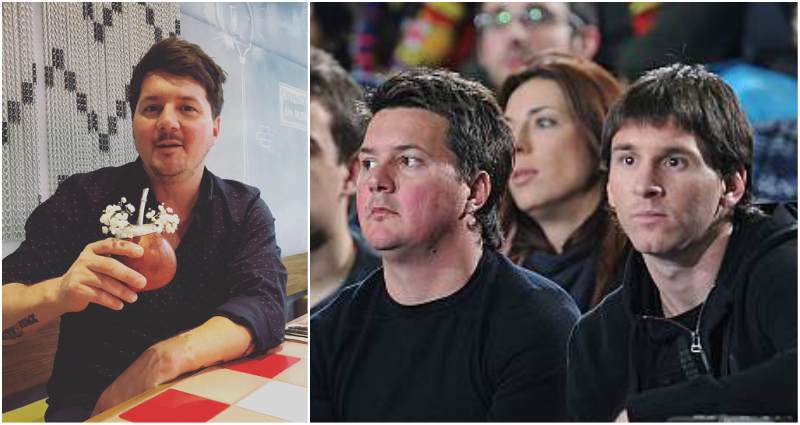 The Messi boys grew up together and often played football. Indirectly, Rodrigo can be said to have played an integral role in Lionel’s early love for the sports. Many of his family members are employed by the legendary player and Soccer player Rodrigo is in charge of Leo’s daily schedule and publicity. 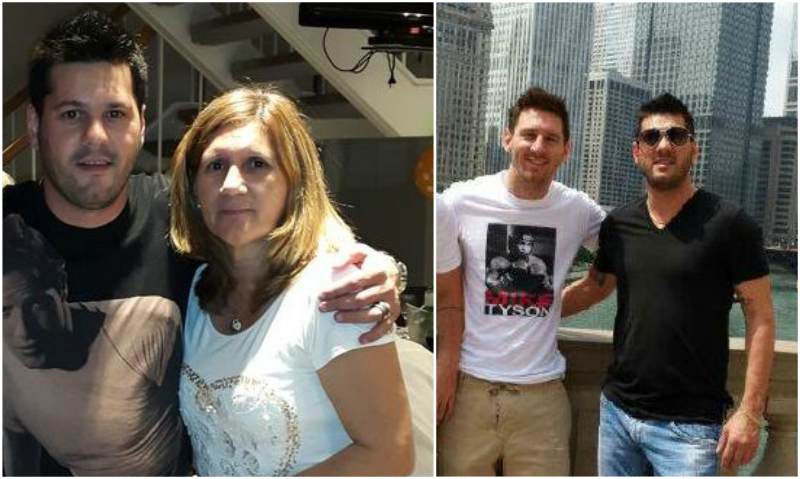 He is also a professional football player and also in the leadership of the Lionel Messi Foundation. In 2016, Matias was caught illegally carrying a gun in his car and has been ordered to teach football classes in his native city for a whole year. 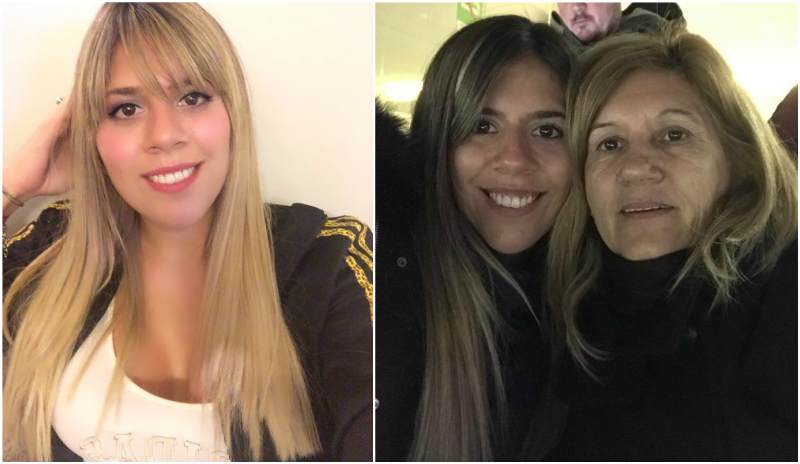 She is the only female in the Messi family of the Argentinean football prodigy. According to her, her brother is still the same humble man he was before stardom. 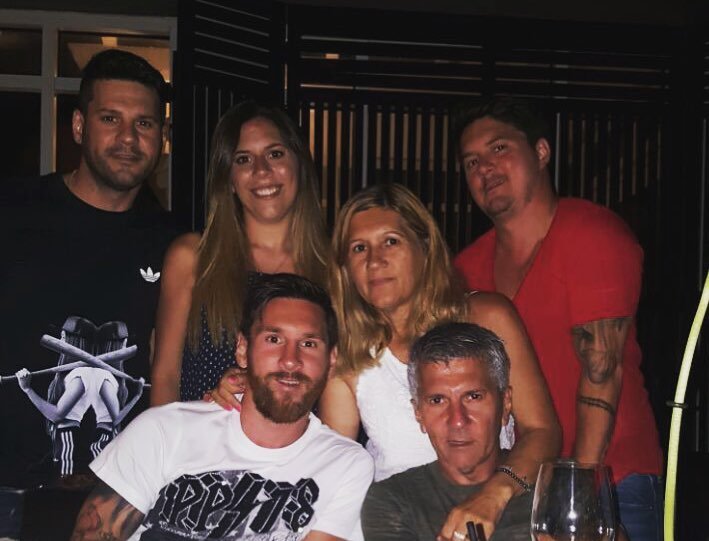 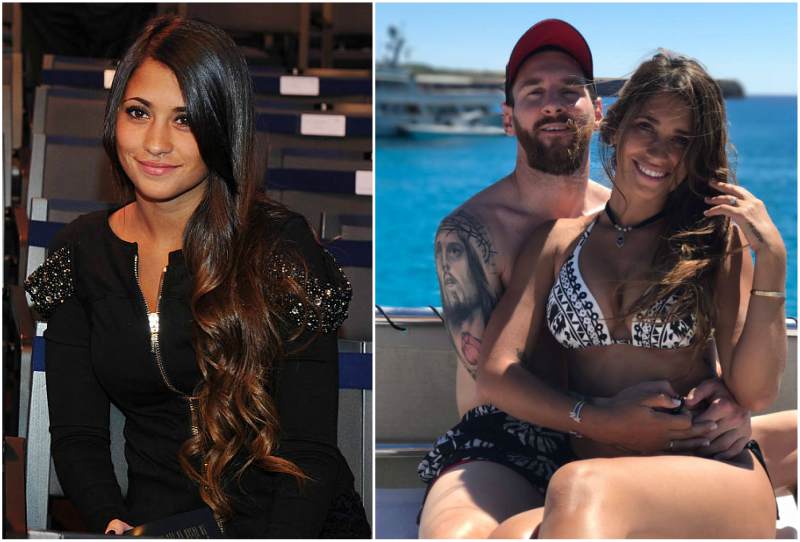 Like every other footballer, he has been involved with a few romantic relationships before getting steady with Roccuzzo. Lionel and Antonella had known each other since she was five. The childhood friends met officially when they were 13, she is the cousin of his best friend and fellow soccer layer Lucas Scaglia. They were friends all along and she stayed in touch when the football prodigy moved to Spain to launch his superstar soccer career. A romance blossomed in 2008 and she later moved to Barcelona to be with him. 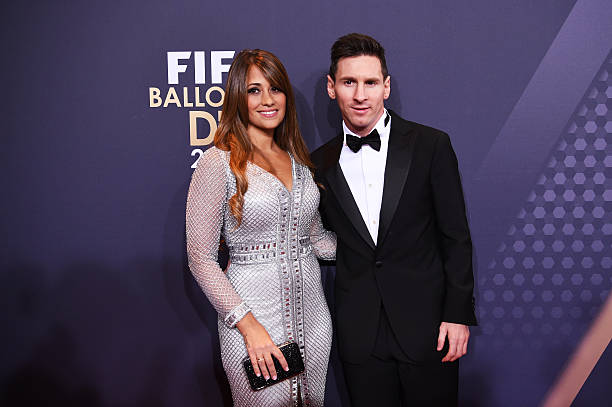 The first time Messi was seen together with the pretty female was at a Carnival in Sitges after the Barcelona-Espanyol derby. They were partners for a long time and the fellow Rosario native had two kids for him before they proceeded to tie the knot in front of their two sons. Their glamorous wedding ceremony was held in June 2017 at a luxurious hotel in their hometown. 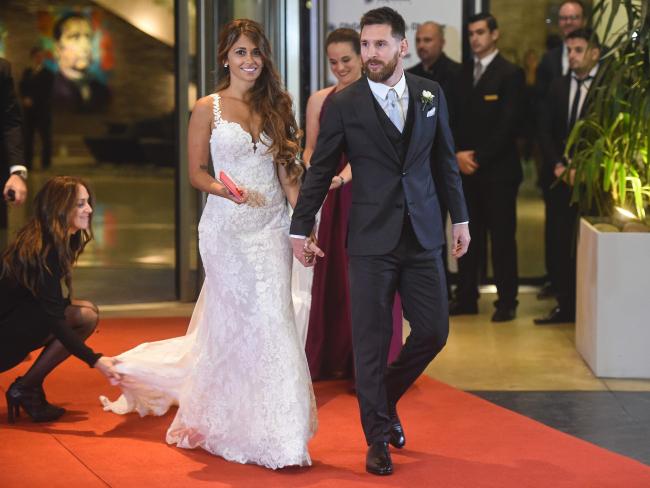 The Argentina beauty is the shy type and is highly concerned about keeping things private. She started studying nutrition then changed to social Communication studies before eventually reading English at the Universidad Nacional de Rosario. It is easy for people to assume that Antonella is mighty interested in football but on the contrary, she is not. She is the awesome supporter of her husband’s dreams but at home, she makes sure his mind of off the field and helps him relax with his two boys. 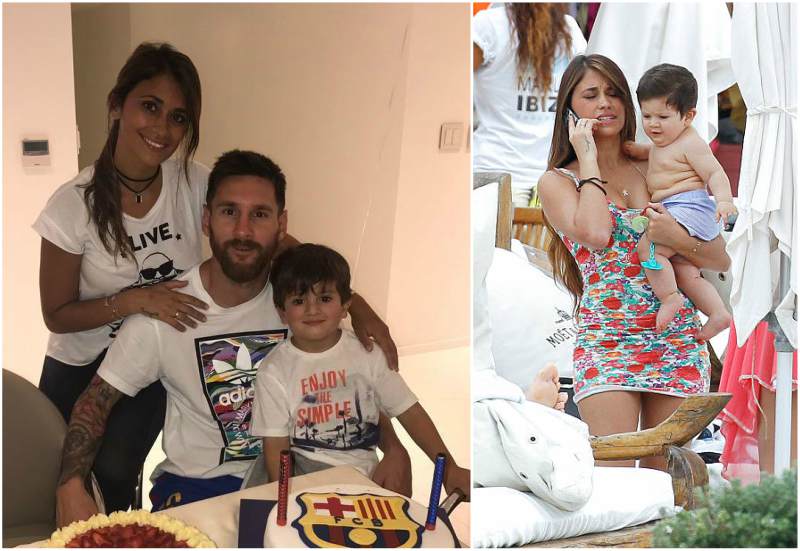 Thiago is no stranger to the football field as with every opportunity his father gets, he emphasises the ‘statement’ that it’s a family affair. Before he was born, Messi placed the ball under his t0shirt during one game in honour of his then girlfriend and unborn child. Since Thiago arrived, the sports icon has been an extremely hands-on family man and like every other player, he dreams of his son outshining him.  Unfortunately, Leo has revealed that his son does not like soccer; he has been enrolled at a training club but goes only because his friends are there. Who knows whether this might change later on? 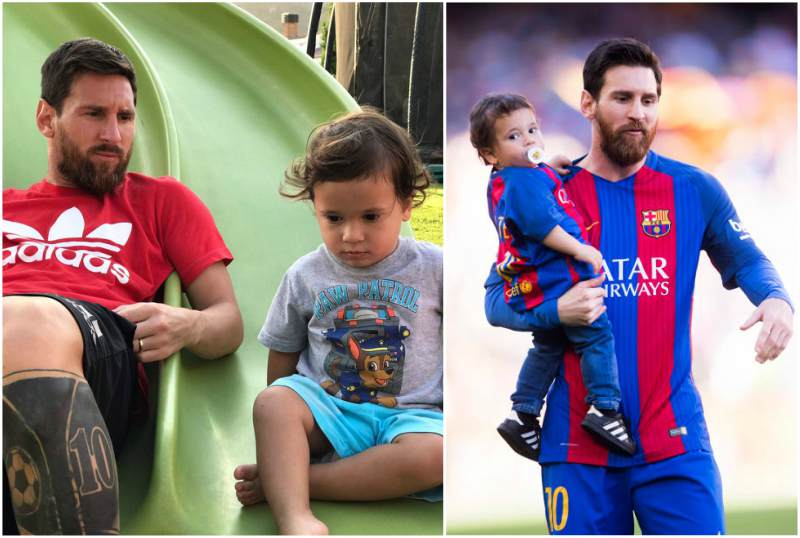 Lionel was present live at his second son’s birth and took to Facebook to announce the birth of his son saying he is the happiest man alive. All fingers are crossed as this might be the son who continues in his father’s legacy. 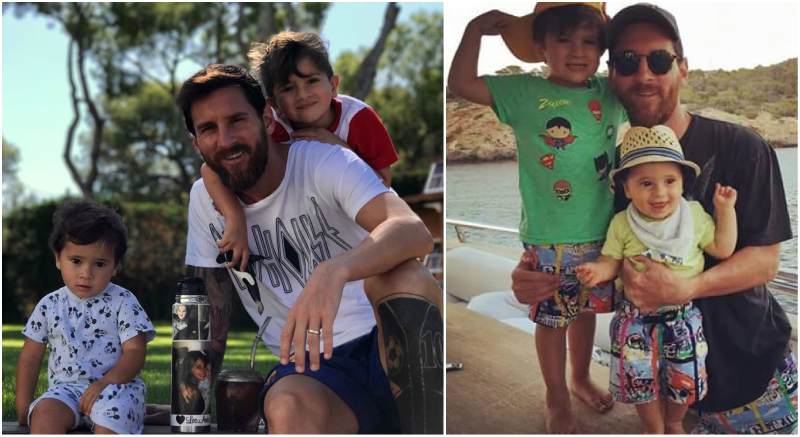 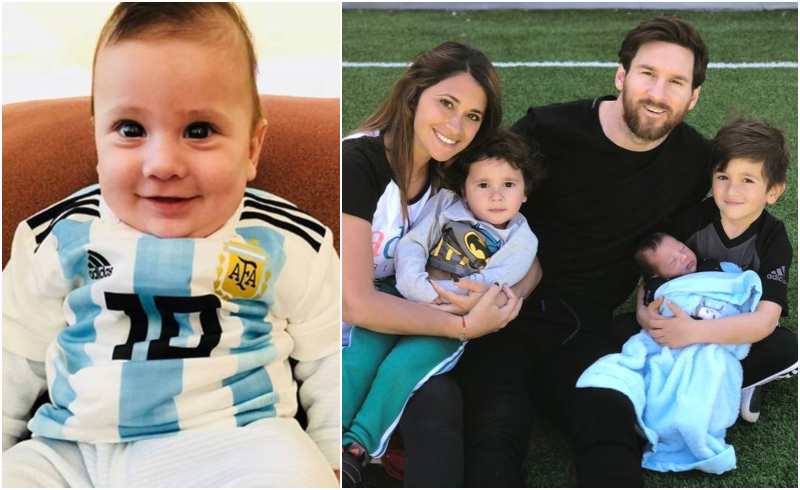