The family of Michael Phelps, the most decorated Olympian of all-time 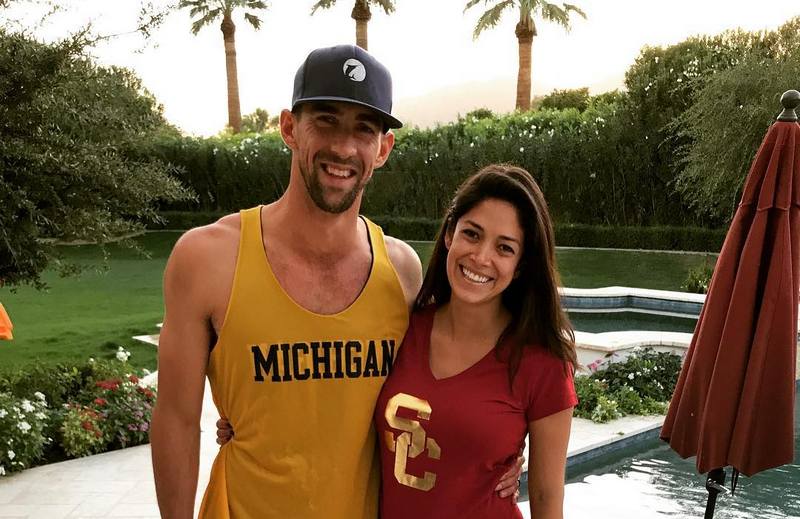 The family of Michael Phelps, the most decorated Olympian of all-time

Michael Fred Phelps II literally plunges into the pool and comes out with once-in-a-lifetime performances. For a man who makes his livelihood from water, he was initially afraid to put his face under water. He has not only overcome this fear but also challenged the attention-deficit hyperactive disorder (ADHD) that he battled as a child to become a master in his craft. Though now retired, he remains the most decorated Olympian gold medallist ever in the history of sports.

His parents’ marriage came crashing when he was only 9 and for the most of his life, he never had both parents. Phelps described himself as a young kid that always wanted a family whether both parents were together or not. He felt abandoned by his father and it was indeed a trying time for him, having to get used to life without a father figure. The pool soon became an escape for the starlet and his coach, Bob Bowman became somewhat his surrogate father.

The name Michael Phelps has quickly become synonymous with the ground-breaking success in the aquatic sports. This is what comes to mind when anyone hears the swimmers name but there is so much more to the star athlete. He is a sweet son, devoted husband and loving father to two boys. Keep reading as we bring you juicy details about the Phelps family and the role they have played in helping Michael attain these surreal heights in his career. 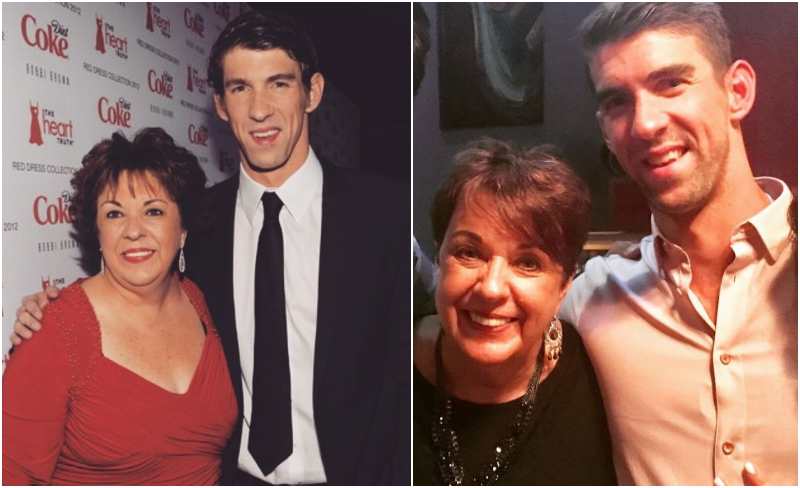 Debbie began her educational career as a teacher, then worked in administration and eventually became a principal. In 2012, she became the Director at the Education Foundation of Baltimore County Public Schools. Despite how busy her career seems, Deborah has always made time for her children; they have always been her priority in life and she has worked hard to see them get to where they are today.

When asked how she managed to raise three awesome kids as a single mom, Deborah said she’ll advise parents to relax and enjoy the process. She added that they shouldn’t burden their kids with the pressure and stress from overly high expectations. She has always been the most supportive figure in her children’s lives, believing in them and encouraging them every step of the way both on their good and bad days. 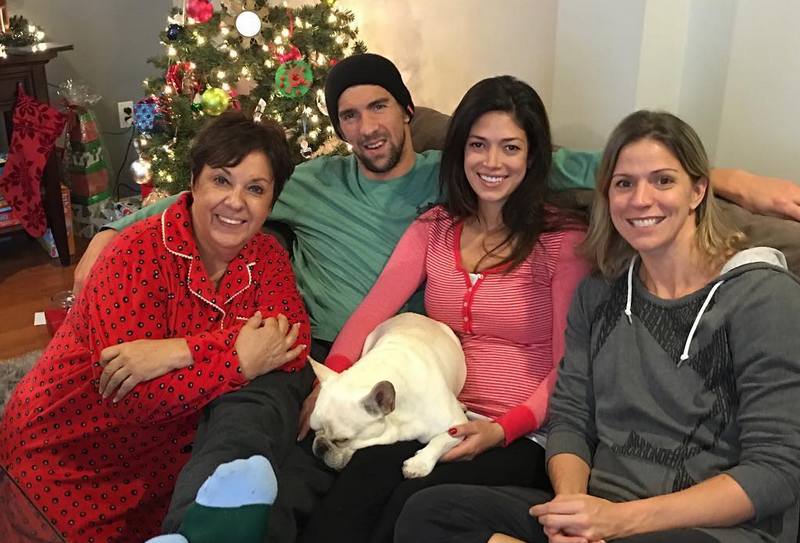 Michael with mom and sisters 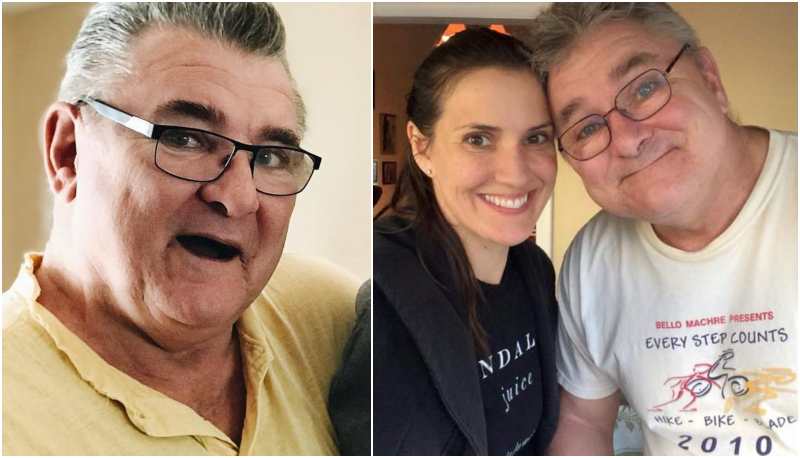 State trooper Michael married Deborah in 1973 and their union lasted until 1994 but he remarried another woman in 2000. Phelps’ relationship with his mother is often at the forefront of the public eye while much about his relationship with his father has been somewhat of a mystery. It is safe to conclude that after the 1994 split, he became the estranged father and Deborah had to raise her kids as a single mom.

In 2014, the young swimmer was pulled over and arrested for drinking under the influence of alcohol and he willingly checked himself into a rehab. He mentioned that after rehab, he let go of the resentment he had towards his dad and that their relationship was now better. The famous Phelps even added that one of the biggest obstacles he has had to deal with in his life was the feeling of abandonment by his father. 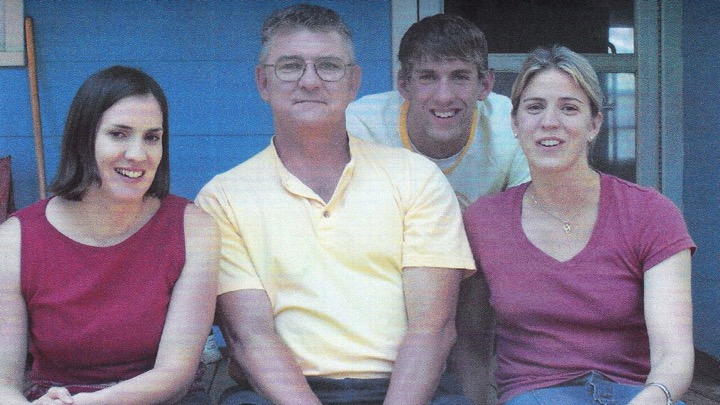 Michael Phelps with dad and sisters 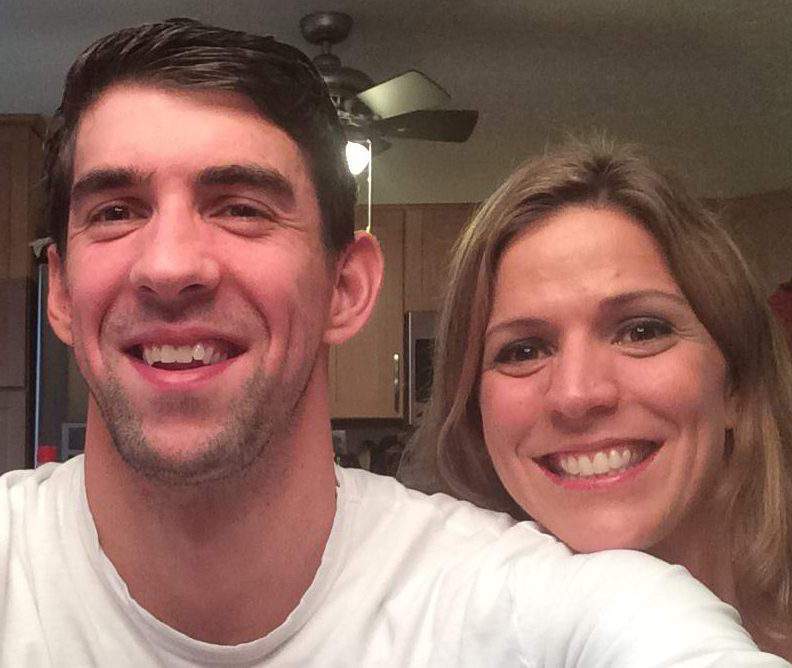 Whitney is the oldest Phelps child and is also a swimmer like her brother. She is an avid nutrition and exercise guru. The first Phelps child is a proud mother to two kids and shares photos of her kids on social media; her two kids seem to be taking after their uncle in sports. 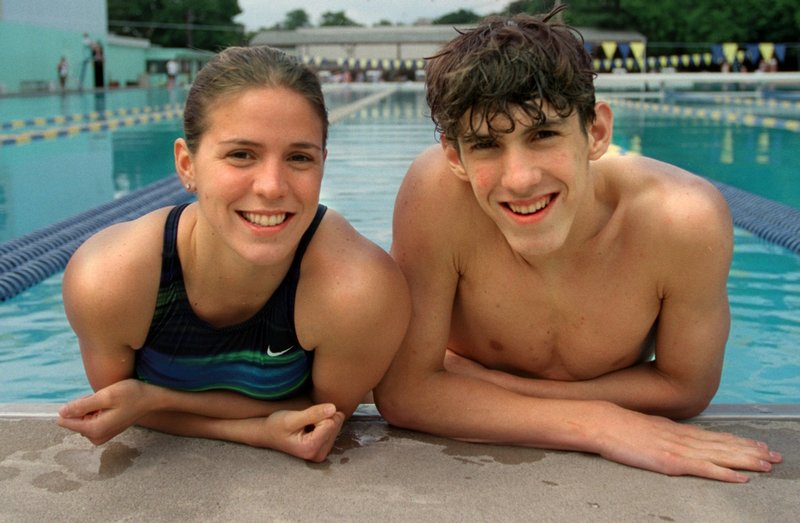 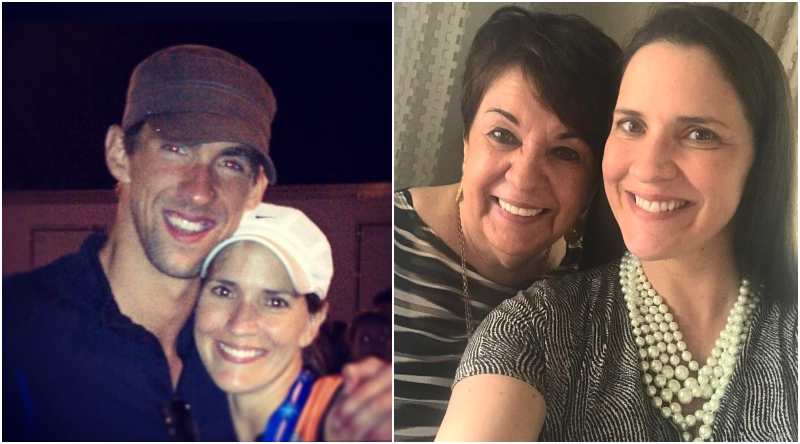 Hilary is quite successful in her own right; she is the founder and CEEO at GJ Media Group, a company that focuses on content creation, event planning and social media marketing. She also runs a lifestyle blog.

If anything can be said about the Phelps’ siblings, it’s that they are a very tight unit. They share a special relationship with their mother and are ever proud of their brother that they gush about him every now and then on social media. 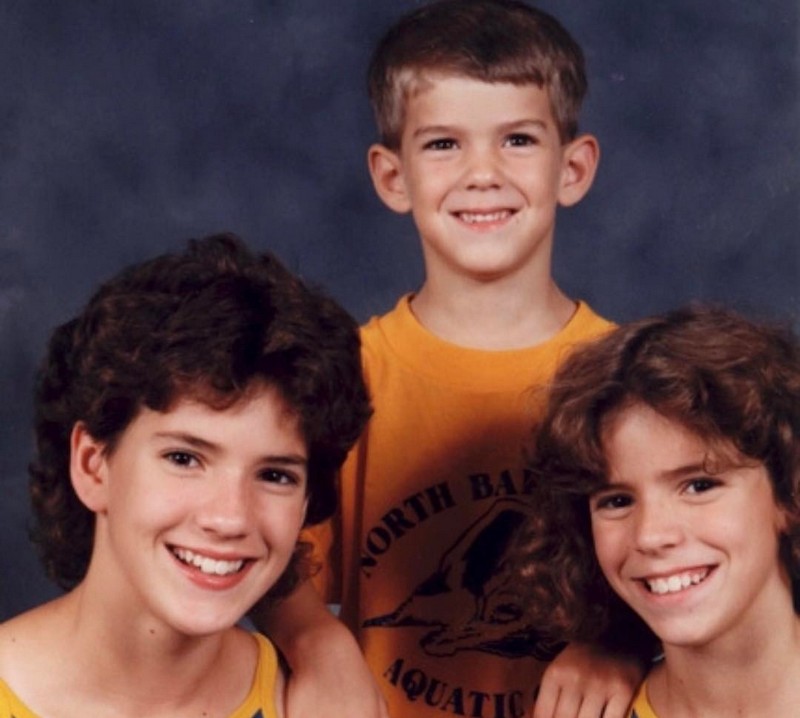 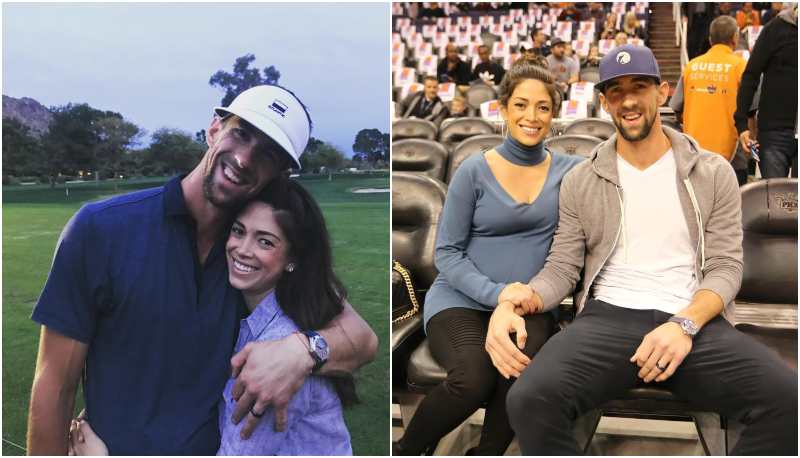 Nicole is famous not just for being the only sweetheart to the favourite swimmer but is also known as a beauty pageant contestant; in 2010, she was crowned Miss California USA. Nicole met Michael in 2007 at the Excellence in Sports Performance Yearly Awards and they started dating in 2009.

In February 2015, she became engaged to the famous athlete after their brief break up in 2012. About a year after, both lovers welcomed their first child and got married a month later in June 2016. Their wedding was held secretly in their backyard and was not publicly reported until four months later.

According to Debbie Phelps, Johnson (Nicole’s maiden name) has been the best wife ever and has helped in making Michael’s inner circle stable and positive. 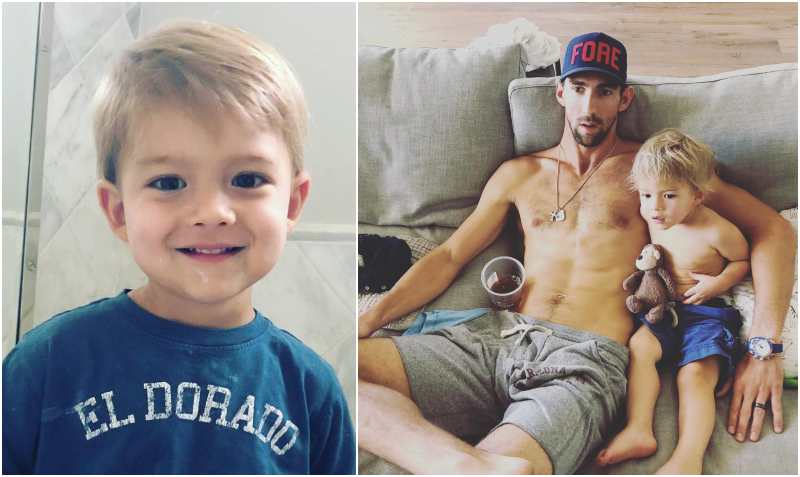 Boomer made Michael and Nicole first-time parents. They were beyond excited when he arrived and their lives have not been the same ever since. The gold medalist acknowledged that he started off not knowing much about babies and that he has grown closer with his wife since they became parents.

Now that the famous Baltimore bullet has come back in good terms with his father, he finally has the friendship he always desired. One thing the Olympian added is that his experiences have helped shaped him. He believes he has learned a lot from his father and would be a better father to his own kids, avoiding the mistakes his own dad made. 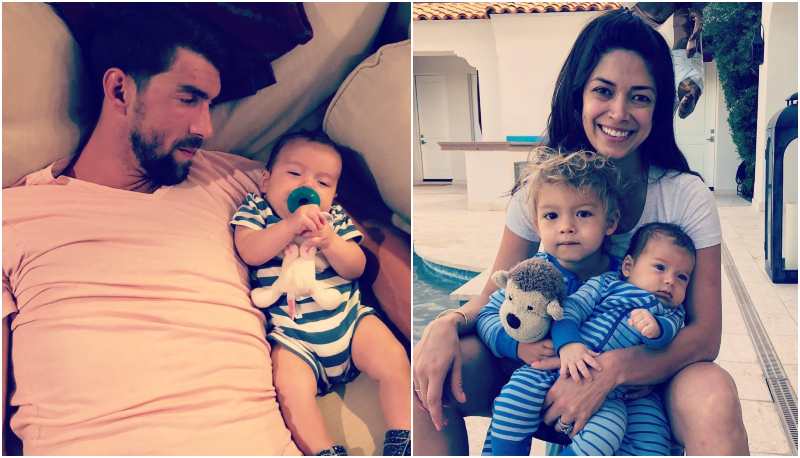 Growing up with only female siblings, Phelps is super glad to now be in the midst of just boys. Together with his wife, they welcomed their latest healthy baby shark just a few months ago.

As far as the future goes, the flying fish has made it clear that he would not be pushing any of his sons to pursue competitive swimming. He is learning from his mom who never forced him to do anything but just do what they really loved to do.

On March 31, 2019 Phelps and his wife announced that they are pregnant with third baby. No other details are known for now.