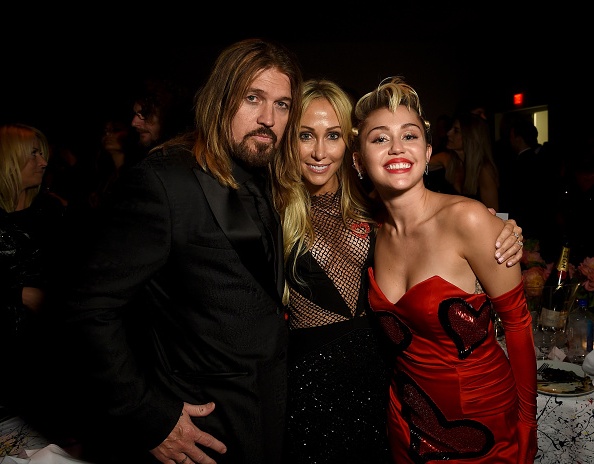 Successful Pop Artist, Miley Ray Cyrus started out in the Disney TV Show Hannah Montana. Many knew her then because Hannah Montana was a rave of the moment.

Now, we know Miley for her wild behaviour, her provocative and inappropriate stage persona and yes, for her hit songs. She is also known to have dated quite a number of her fellow celebrities and is currently married to Hunger Games star, Liam Hemsworth.

She was born as Destiny Hope Cyrus but later her name was changed officially to Miley which was the shortened form of Smiley (a nickname she got as a little girl because she was always smiling).

Related: Miley Cyrus: Her talented siblings and the isolated half-brother

If you are like me, I bet you’ll be interested in knowing what background Miley came from. Join me as we discover more about her parents and which other individual has played the role of a godparent to our really wild pop star. 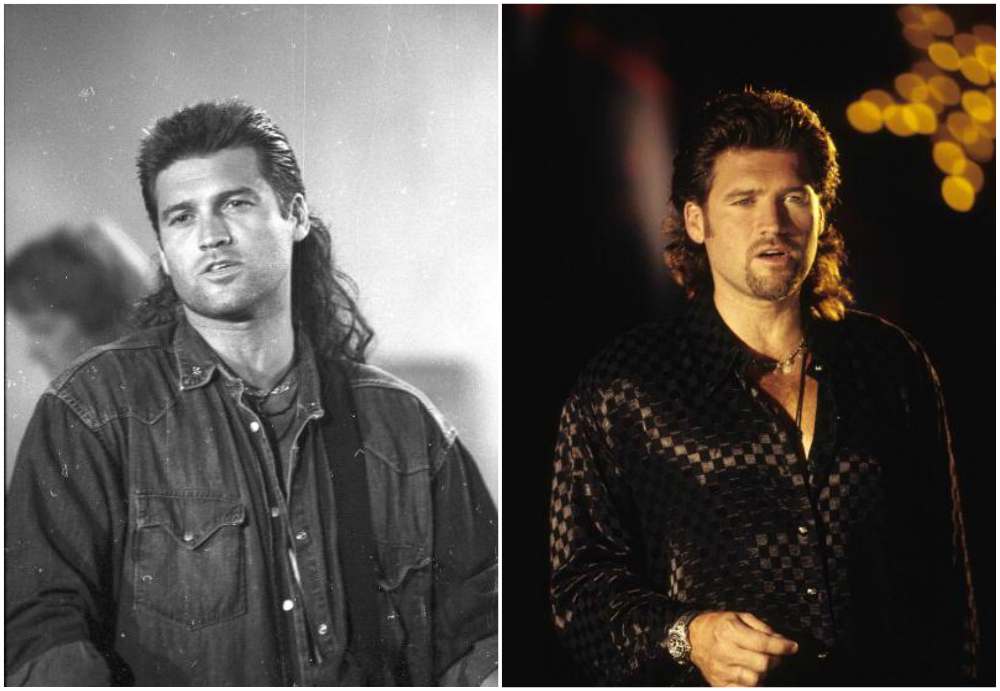 55-year old Billy was born in Flatwoods, Kentucky in the Unites States. He fell in love with music as a youngster that he started singing at the age of four. In junior year, Billy realized he loves music and wanted to be a musician so he dropped out of school and started a musical career in no time. His first record deal was with Mercury Nashville. Cyrus released some albums then shifted temporarily to Christian music. 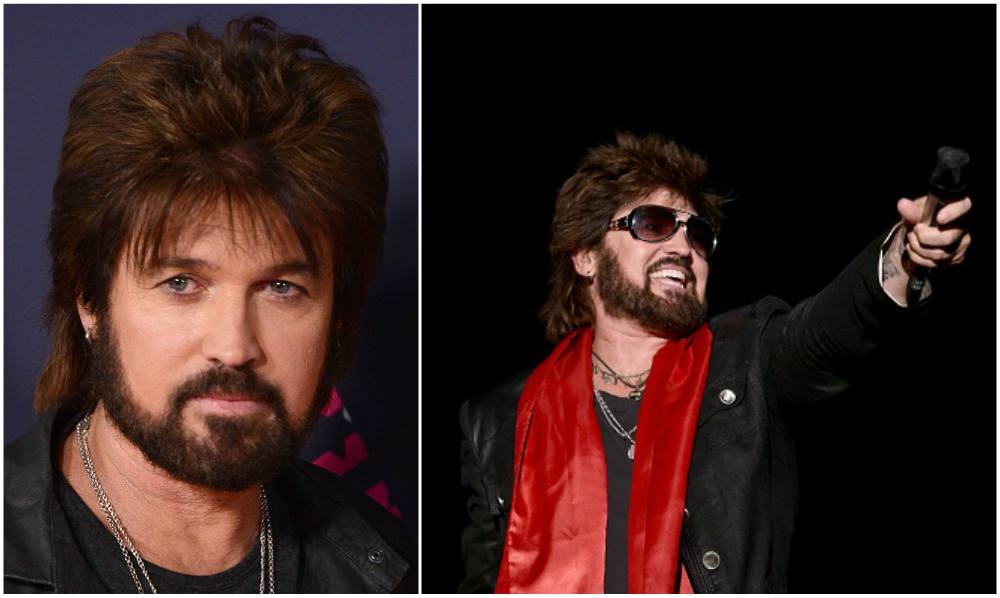 If you don’t believe in destiny and a foreknowing, I’m sure the Cyrus family believe in it. Billy Cyrus had believed really early that his daughter would accomplish great things hence the name Destiny Hope. He says Miley always had the charisma long before she stepped into stardom, people just gravitated towards her. Her first breakthrough was from Hannah Montana and yes, he was there all the way for her; he was even a co-cast as her dad in the series.

Hannah Montana was as much a real life story as it was fictional because in the real sense of it, Miley was then a budding star both in the movie and in real life. Country singer Dad Billy did not stop supporting his baby after the show ended, in fact of recent, they did a touching duet together. What they share is definitely mutual since as a child we remember seeing toddler Miley break away from the crowd to join her dad on stage many years ago.

Billy has always been an open-minded dad so seeing his daughter happy is the greatest thing ever so whatever stance she takes concerning her sexuality or her public image, he is with her and fully supportive. As long as she’s doing what she loves and having fun doing it, Dad Billy is perfectly okay! It’s all about love and light anyways… 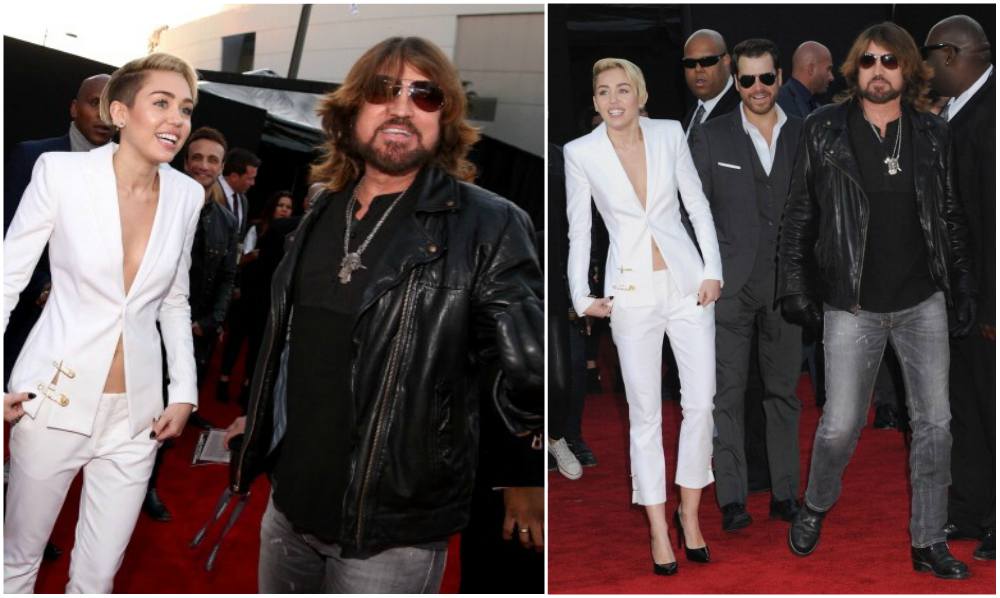 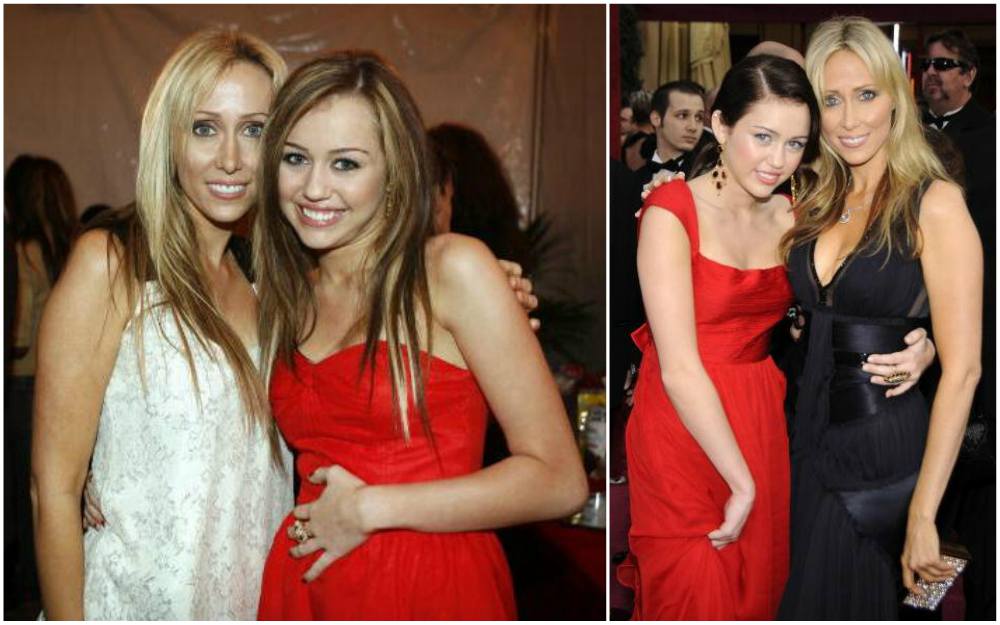 Tish Cyrus is the mother of Pop Star Diva Miley and the second wife of Billy Cyrus. She got married secretly to her then boyfriend Billy on December 28, 1993 and ever since then they’ve been together.

One might think they are still together because things have been pretty smooth throughout but no! Billy and Tish have had two near divorce moments but they recognize that for things to work, one has to make a series of necessary adjustments.

Miley is the first child of this union and she remains forever treasured by her supportive parents. 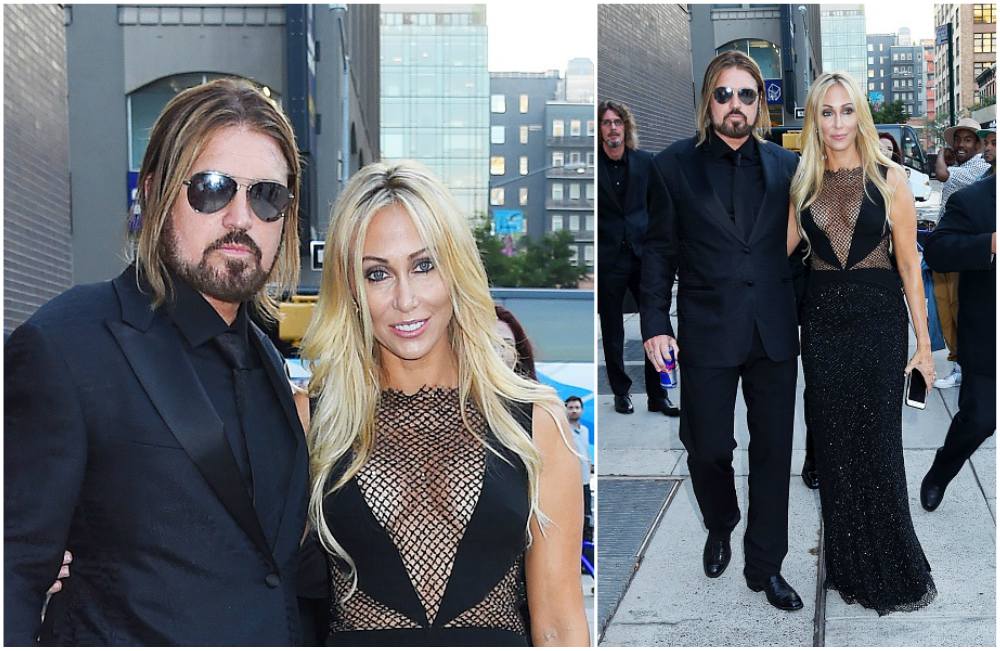 With so much music in the family, Tish found her place in the movie world. She has produced quite a number of films; some even starred her daughter Miley Cyrus. Some of Tish’s works include; So Undercover (2012), LOL (2012) and the famous novel-based movie – The Last Song (2010). 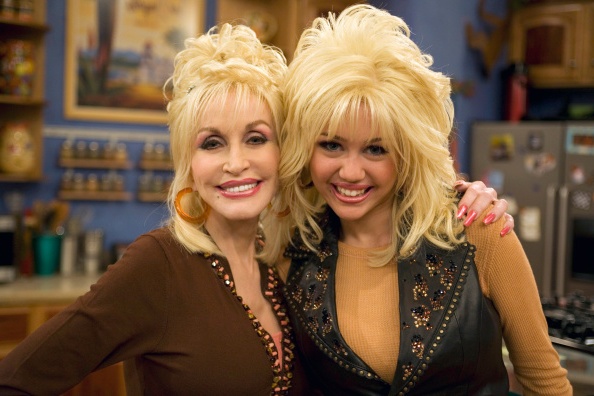 When it comes to music, there are several genres to choose from, country music inclusive. Country music could be a tacky one since it does not get all the attention and rave as other genres like pop and the rest. So for Dolly Parton to have become this famous for country music, she has done herself some real success!

Parton is today the most honoured female country performers of all time; this is definitely a big one! She is a multiple winner of all the best awards in music and is on the Country Music Hall of Fame. Just to mention, Big-haired Dolly Parton was not born with a silver spoon. In fact, she describes her family as being ‘dirt poor’ yet she worked her butt right to the top with her powerful voice. 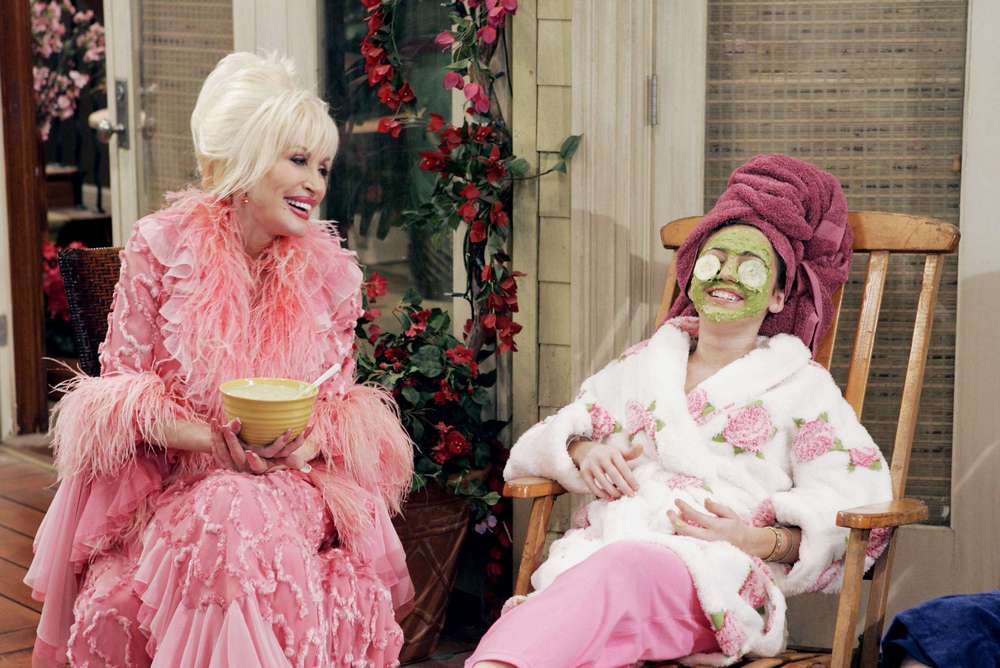 With all these fame, Dolly and her husband Carl Thomas Dean have no child of their own so it was not a bad idea to become the godmother to a fellow music star. Miley has all the luck when it comes to being supported by her “family”. It’s worth noting that Dolly is Billy Cyrus’s best friend. 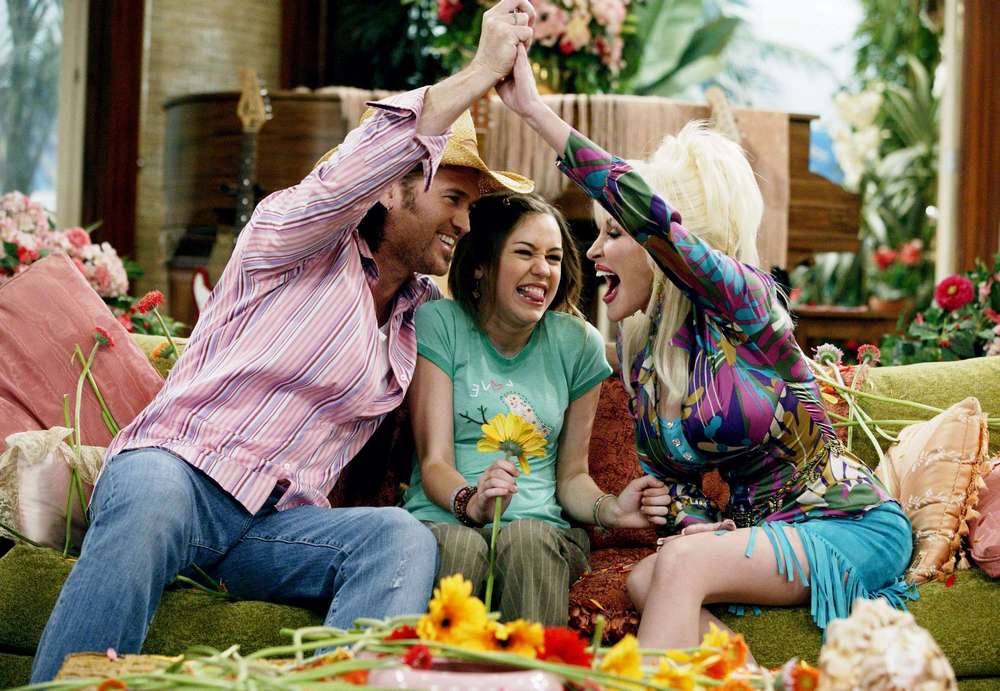 We remember that their relationship had been on before since Miley was a baby. While the show Hannah Montana was on, Dolly Parton was once casted as her Aunt. With all of Miley’s raunchiness, Parton says she has had to be controversial to prove her point.

They once performed together Parton’s hit song “Jolene”.

One thing we know for sure is that Dolly has great faith in Miley Cyrus!