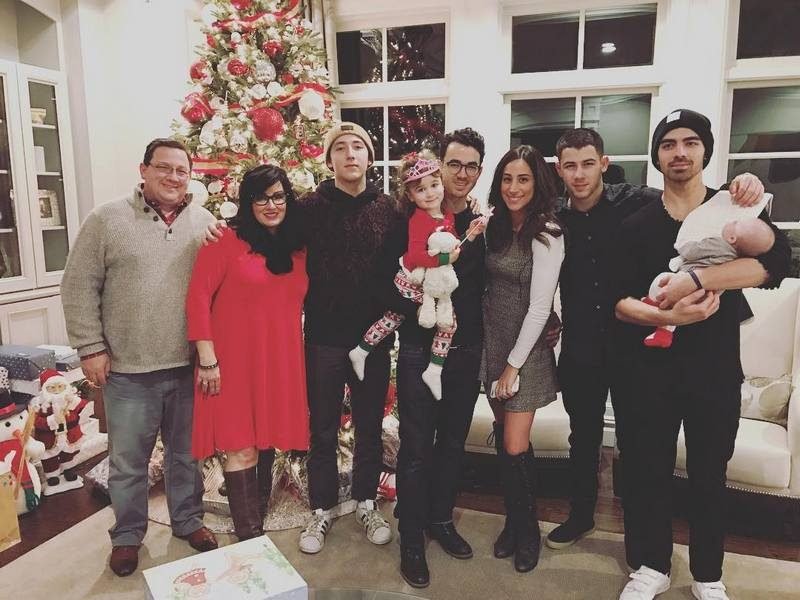 From 2005 to 2013, an American pop rock band entertained many in the youth category. This band started off by gaining popularity on the Disney Channel television network and eventually, they starred in their own series JONAS. The Jonas Brothers is made up of three brothers who as a band have sold over 17 million copies worldwide. One of the brothers has remained the most famous and he is none other than Nicholas Jerry Jonas, the original founder of the sibling band.

Like many successful artists today, Nick was discovered at a really young age. He was six when he was discovered singing at the hairdressers and by the time he was 8, he began performing on Broadway. The Camp Rock (2008) actor was diagnosed with diabetes at the age of 13; this was the point where he was about to start making music with his brothers and the young Nick felt it would slow him down. Several years down the line, not only did it not slow him down, the star singer has remained in a healthy place since the diagnosis. Come along as we take you through the closely knit family members of this handsome star. 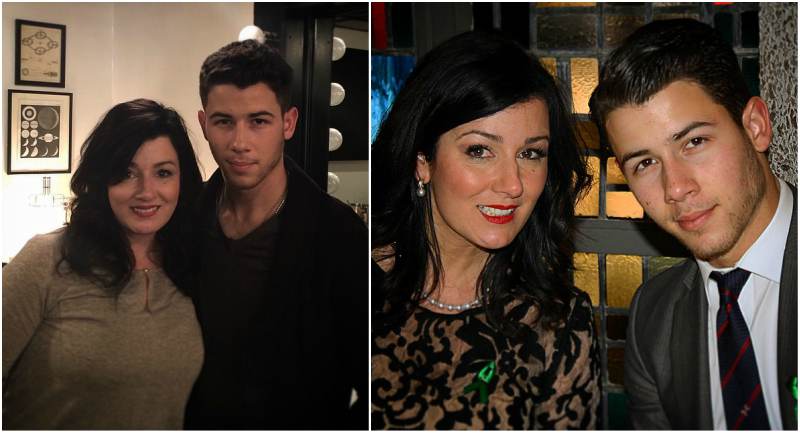 She is a teacher that has been married to Kevin Jonas Sr. since she was 18 on August 15, 1985 and the mother of arguably the world’s most popular band. Denise has been the biggest fan for the Jonas family, giving her all to make sure her home is well formed including home-schooling Nick. Like her husband, the former sign language teacher practices the Christian faith and also raised her sons to live out the ideals of Christian charity. 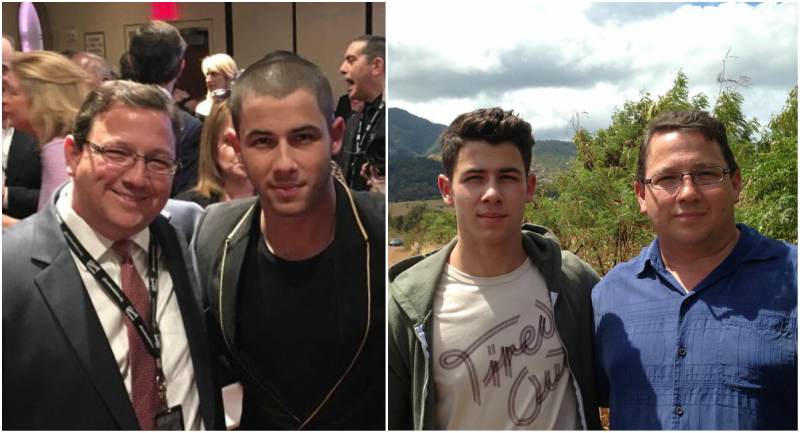 Kevin who is famously known as the patriarch of the Jonas family was initially a pastor at a local church. He continued in the clergy until his son’s musical career broke out. He has worked as his sons’ co-manager and founder of the Jonas Enterprises. Paul still preaches but is now a singer himself. 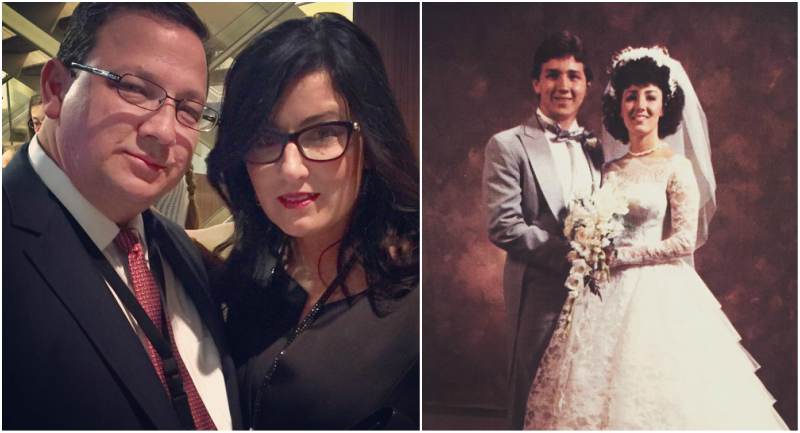 In March 2017, Kevin was diagnosed with Colon cancer but months later, he had a surgery done and his prognosis is looking on the bright side. Though his surgery went well, Papa Jonas still had to be put on chemotherapy to become cancer-free but with the lovely support of his family, he was re-assured that his health matters to them above all else. 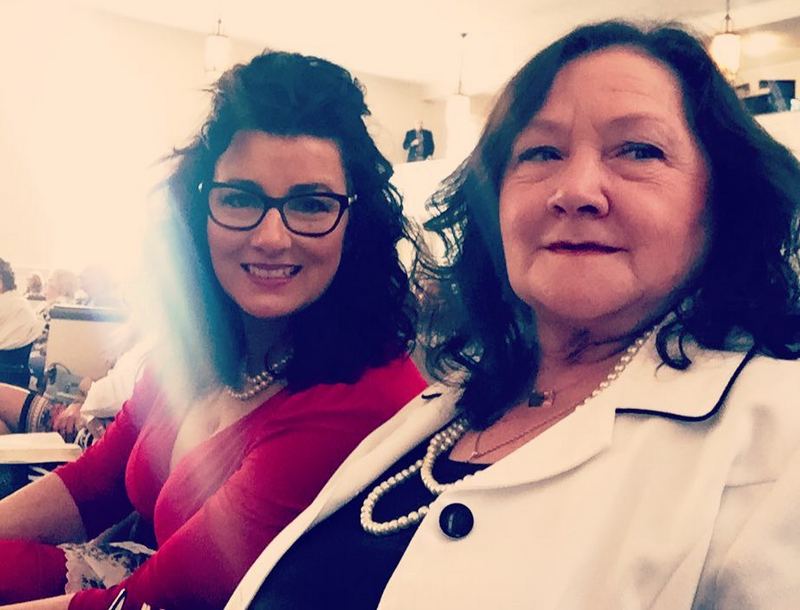 Cecilia is a mother of Nick’s father so she is Nick’s grandmother from father side. 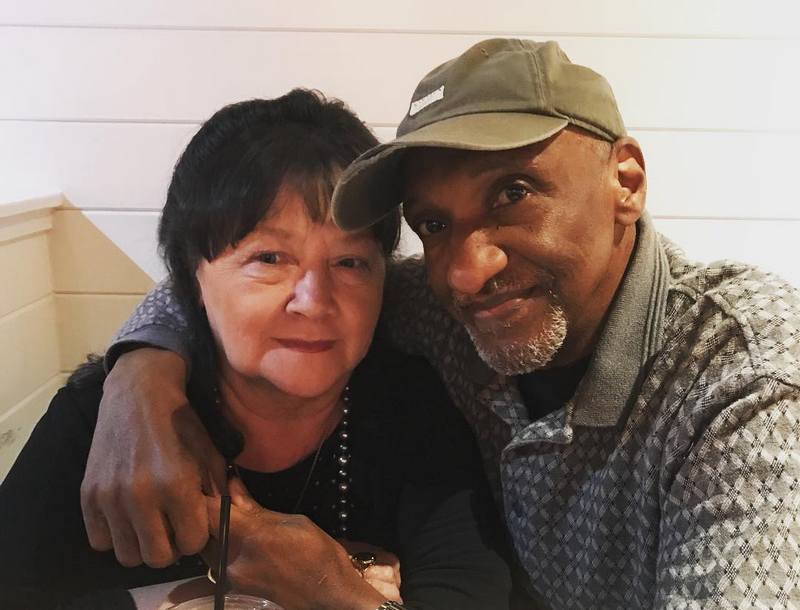 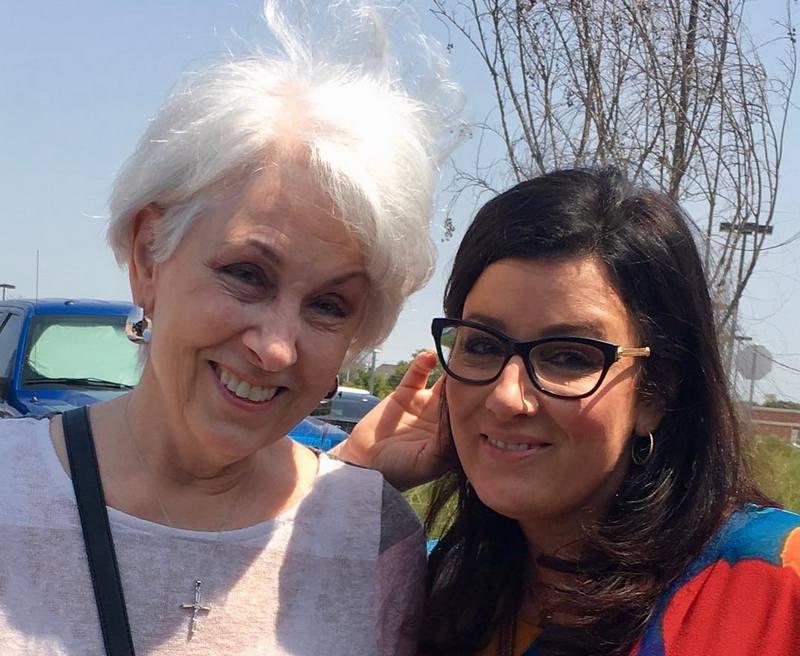 Frances is Nick’s grandmother from his mother side. 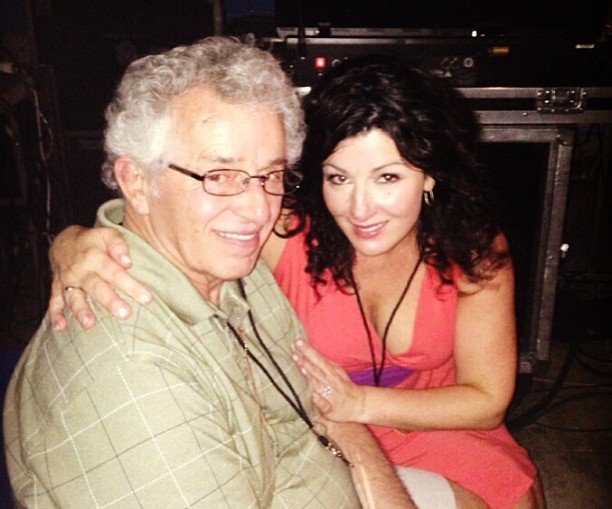 Jerry was Nick’s grandfather from mother side. 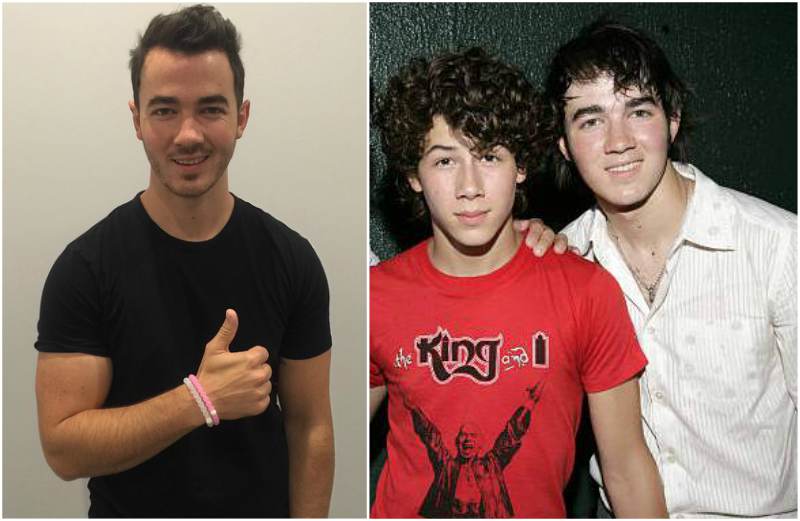 He was the lead guitarist for the sibling group and was also on an episode of Hannah Montana. Kevin married his sweetheart Danielle Deleasa on December 19, 2009 and they are now parents to two kids; Alena Rose (born February 2, 2014) and Valentina Angelina (born October 27, 2016). He starred in the E! Reality series Married to Jonas (2012 – 2013) along with his beautiful wife, Danielle. 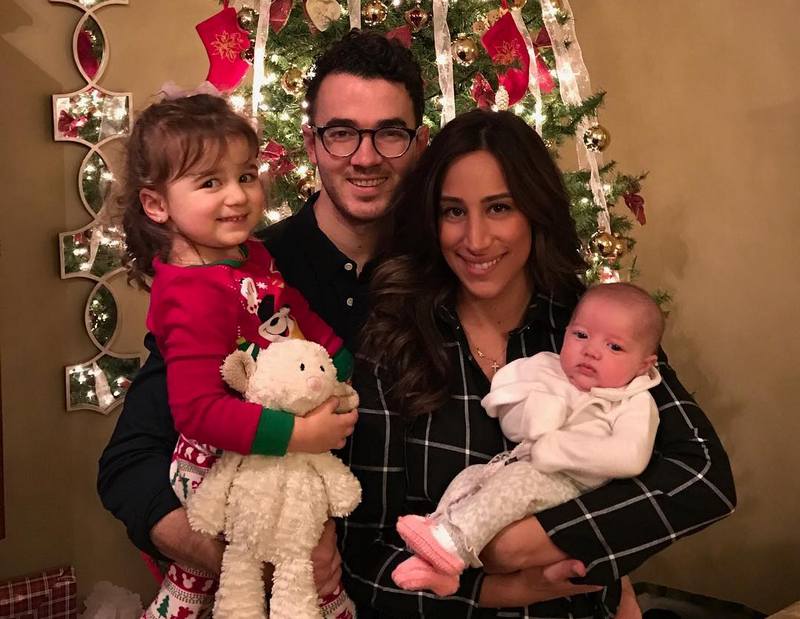 Kevin with wife and kids

When the Jonas Brothers split up, he decided not to pursue a solo career like the rest of the band but to focus on spending more time with his growing family. Kevin has now moved from a successful musical career to being a budding tech entrepreneur. 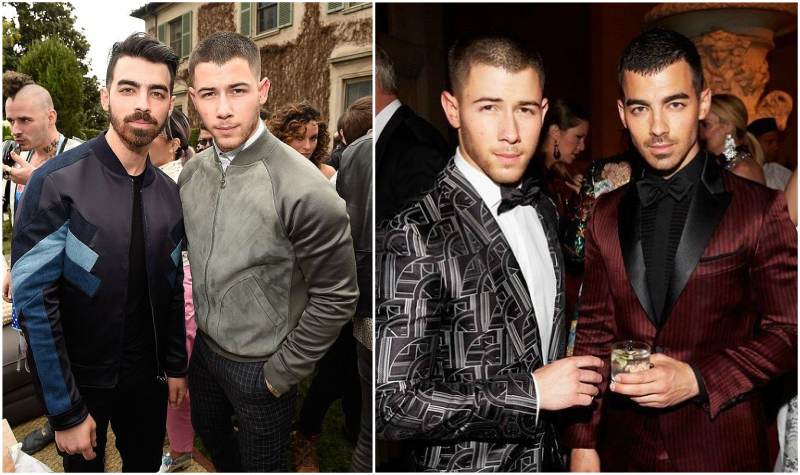 Joe broke out as a member of The Jonas Brothers but now has a relatively successful solo career. He formed the band DNCE in 2015 and also works occasionally as an actor. He just got engaged to actress Sophie Turner in October 2017. 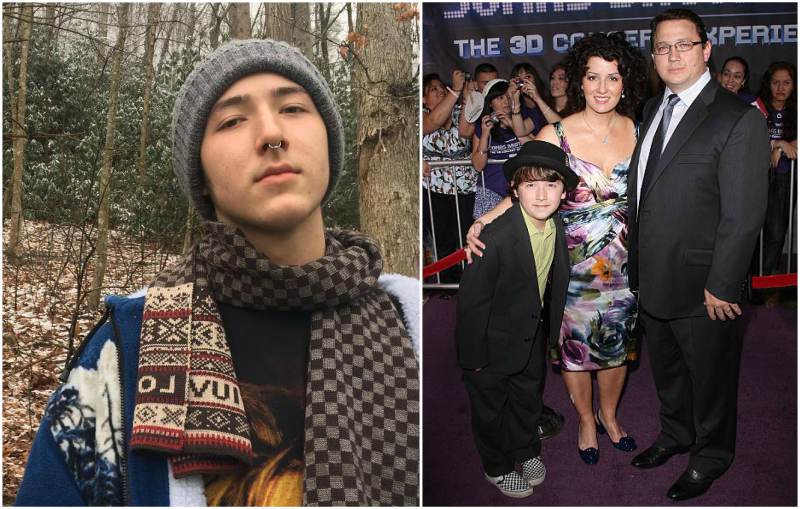 Frankie is the youngest in the Jonas family and is sometimes known as the ‘Bonus Jonas’. He is the only Jonas who was not initially signed with the Columbia Records but is growing into an entertainer. Frankie got his debut solo role in the popular Japanese animated film, Ponyo (2009). 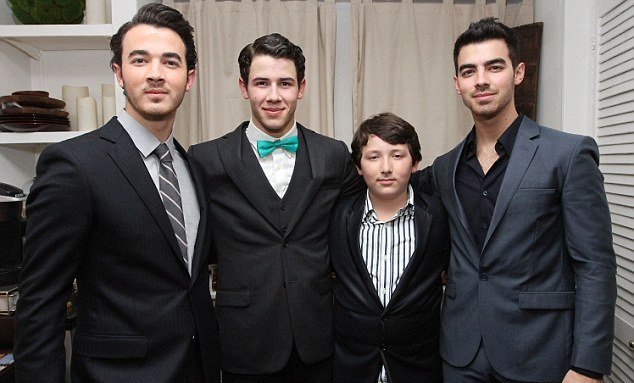 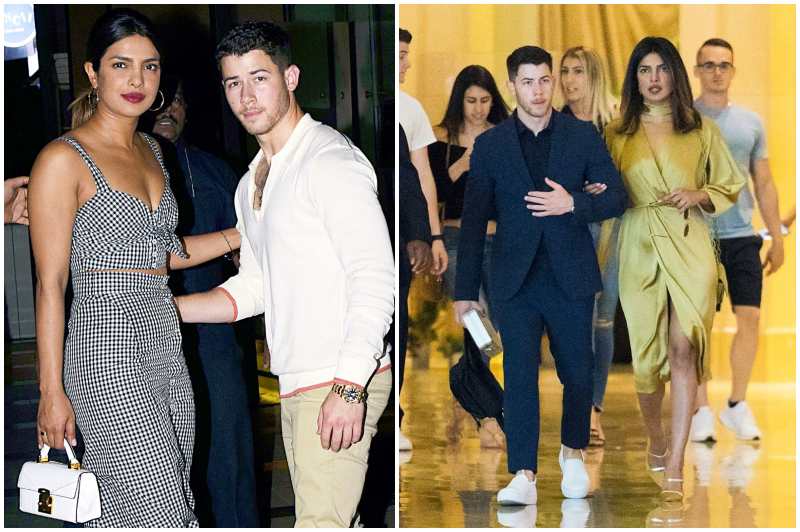 Priyanka is one of India’s highest-paid and most recognized celebrities. She is an actress, a singer, film producer, philanthropist and winner of the Miss World 2000 pageant. The Fashion (2008) actress has been recognized as a pride both in India and in the female world as a whole. She is known for her media-friendly attitude but is reticent to discuss details of her personal life in the public so it is no surprise why we do not know about her past relationships (if she has had any).

Jonas met the older Indian beauty in 2017, shortly before they attended the Met Gala together and at the time, both actors were just “new friends”. They had been introduced to each other by a mutual friend (who also starred in Quantico) and decided to go to the star-studded event together since they were both wearing the same designer. The duo arrived to the Met Gale red carpet together, both wearing Ralph Lauren ensembles and at the time, they were both genuinely just friends.

A year after the Met Gala event, romance speculations began as they were repeatedly seen hanging out together, sometimes overly affectionate towards each other. Finally, putting all rumors to rest, the Quantico (2015 – 2018) star actress and the young American singer made their relationship official when Chopra said yes to the Jealous singer on her 36th birthday in July. Rumor has it that the Camp Rock (2008 – 2010) actor had shut down a Tiffany & Co. store in London to purchase an engagement ring for his sweetheart.

The Indian actress posted an intimate photograph on Instagram following her traditional August 18th Indian ‘roka’ ceremony with the handsome voice box. She wrote theta he was “taken… with all her heart and soul”. The 25-year old Jonas posted the same image on his social media with the caption, “Future Mrs Jonas; my heart, my love”. The roka is a pre-wedding ritual among the Punjabis and Nick arrived Mumbai with his parents all dressed in the traditional Indian wear where he duly performed the rituals.

The Jonas’s initially said they did not know anything about their wedding date but the final ceremony is reportedly due in October. The 11-year age difference between both lovers has been the biggest criticism but they chose to pay a deaf ear to the “wagging tongues”. Our Desi girl said her entire life, especially her personal life is not for public consumption; she has won our respect and we can only wish both couple a happily ever after.

The couple tied the knot on December 1, 2018 in India. They had Christian and Hindu ceremony.

Nick Jonas doesn’t have kids yet.

Updated! A sneak peek into the family life of Kate Hudson
All you need to know about the family of Kylian Mbappe, the France soccer star