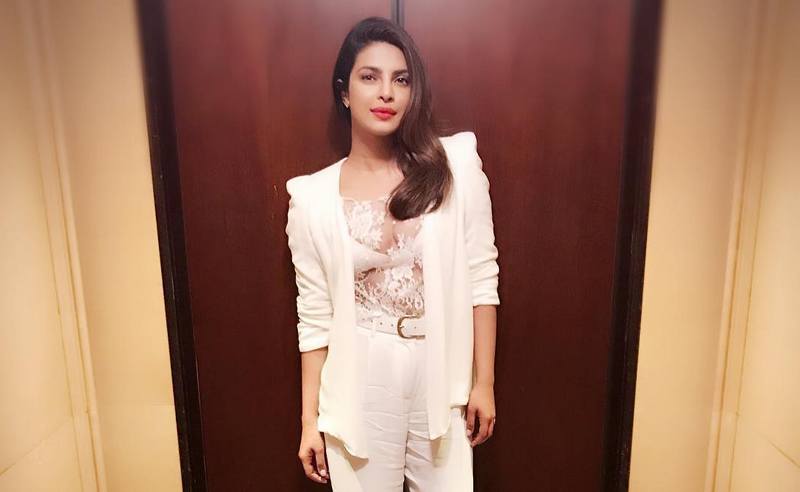 Priyanka Chopra is not just another Bollywood’s ‘desi girl’ who has achieved fame internationally. Winner of the Miss World 2000 pageant, now she is a successful singer, model, and actress known by her breakthrough role on the American TV drama Quantico.

Born in Jamshedpur, Bihar, Priyanka often moved from place to place and received education in various educational institutions. The reason for this was her parents were military doctors.  In an interview, she said that she did not mind traveling regularly and changing schools, it was a great way to discover India’s multicultural society and she enjoyed it.

When the girl was 18 years old, without saying anything, her mom and dad decided to send a photo of the beauty to Miss India 2000 contest, where she finished second, winning the Femina Miss India World title. Following this, she received an invitation to participate in Miss World 2000 pageant, where she was crowned. Since that time, the girl’s life has changed a lot.

One of India’s highest-paid and most popular celebrities, Chopra has long been building a successful career on American television and always radiates self-confidence. She starred in such films, as Bajirao Mastani (2015) and Baywatch (2017). Priyanka is the first Indian actress who was invited to the United States to record the National Opus Honor Choir. However, what is known about Priyanka Chopra family? Let’s find it out.


Who are Priyanka Chopra’s parents? 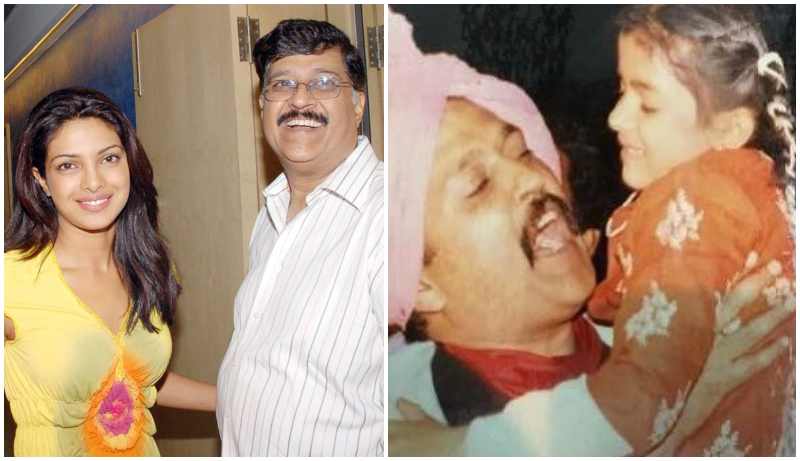 Ashok was a Punjabi from Ambala. He served in the Indian Army as a physician and worked closely with the NGO, Army Wives Welfare Association (AWWA). For his service to the country, he has got a street in Mumbai named after him.

He died in 2013 after battling with cancer since 2008. The whole family is still grieving after a great loss. Priyanka often says in an interviews that her father was her best friend and a superhero. In fact, she even has a tattoo on her wrist which reads ‘Daddy’s little girl’. 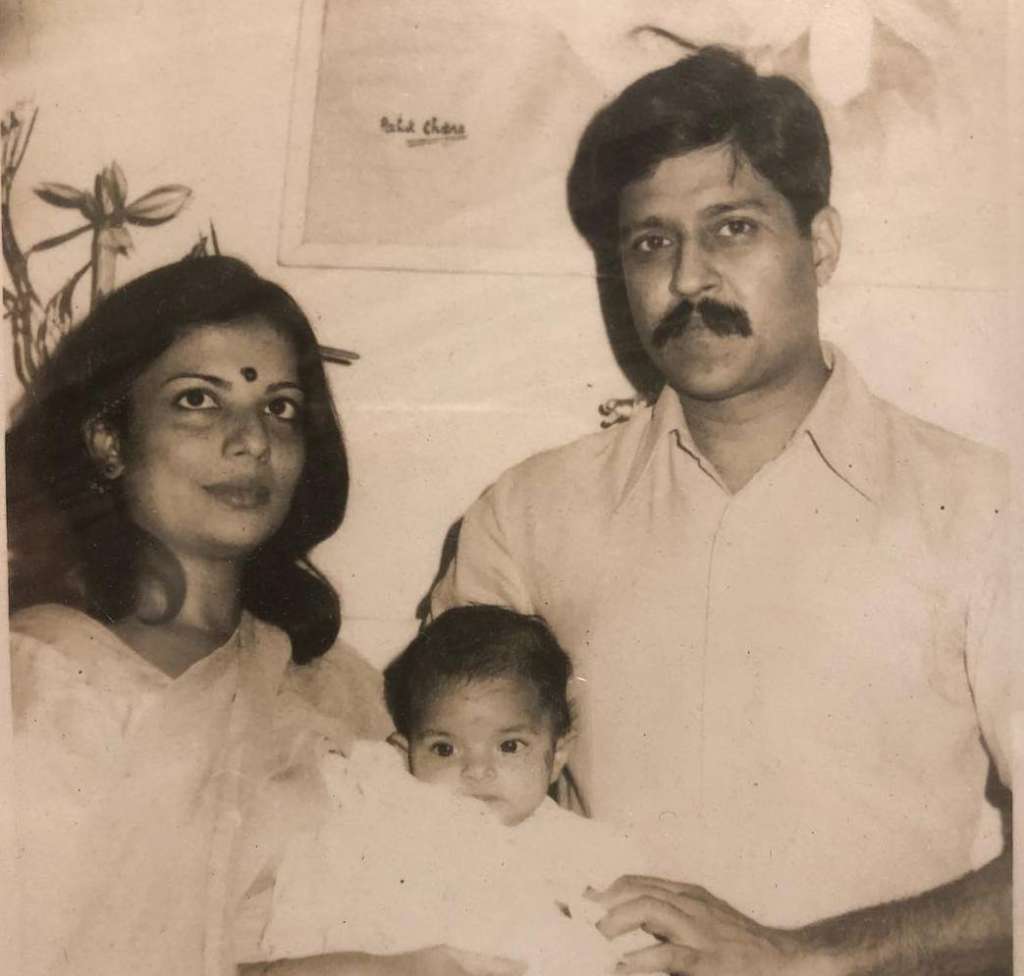 Little Priyanka with mom and dad 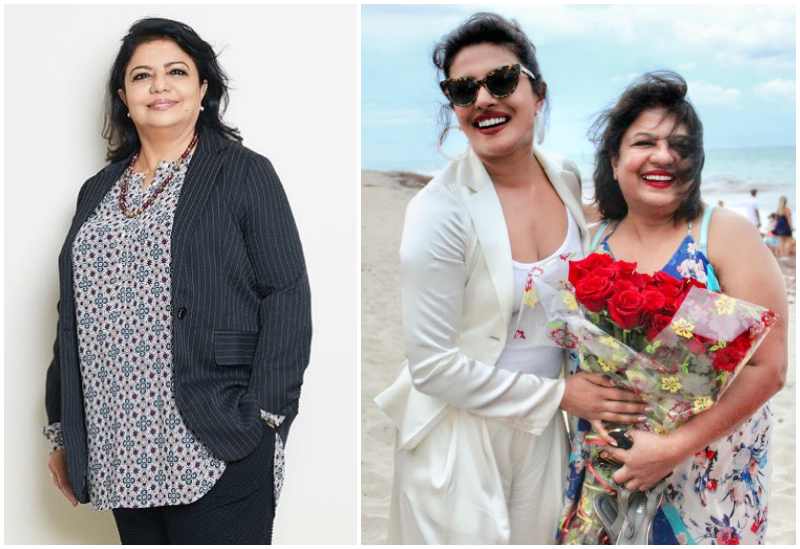 Born in Jharkhand, Madhu is the daughter of Manohar Kishan Akhouri, a former Congress veteran and Madhu Jyotsna Akhouri, a former member of Bihar Legislative Assembly. She, like her husband, worked as physicians in the Indian Army for a long time. Now she engaged in film production and also is a successful businesswoman. She lives in Mumbai, Maharashtra. 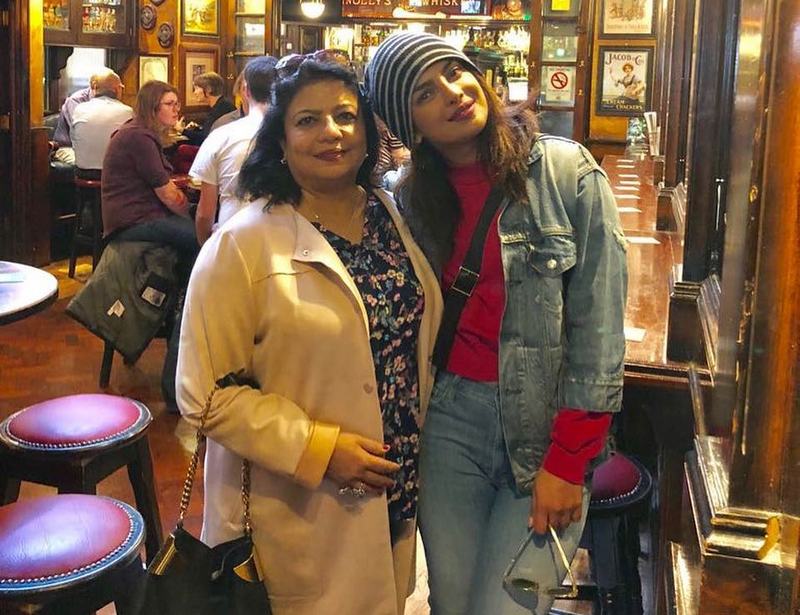 Who are Priyanka Chopra’s siblings? 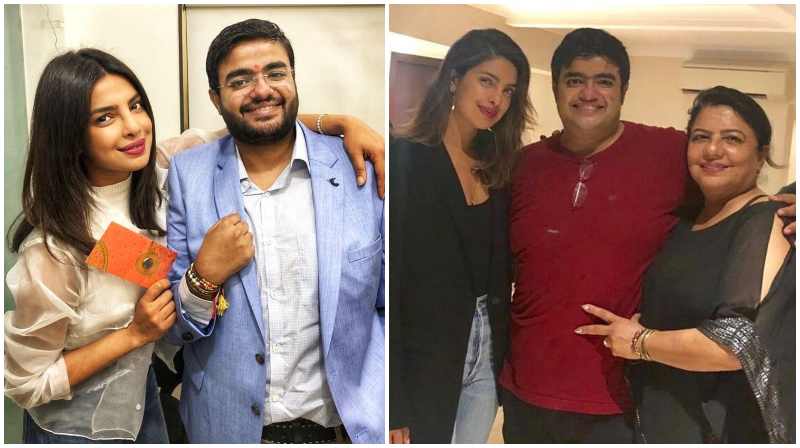 Siddharth has worked in the hospitality line for a long time. In fact, he is a trained chef and entrepreneur; he owns a lounge in Pune. Interestingly enough, Siddharth is engaged with Kanika Mathur, but they cannot have a wedding because Priyanka has a busy schedule and cannot attend the event. The whole family has long been waiting for this. Since childhood, brother and sister have been in good relations and now they support each other. Therefore, it’s quite clear why Siddharth can’t celebrate the wedding sister. According to Siddharth’s words, Priyanka is not only an inspiration for him but has been his guide on many occasions. 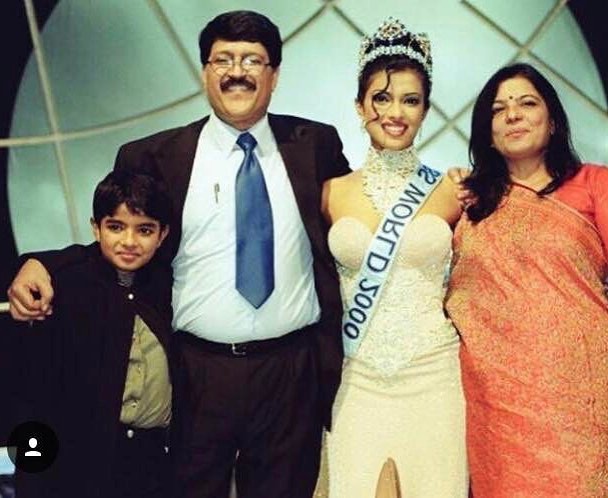 Priyanka with parents and brother 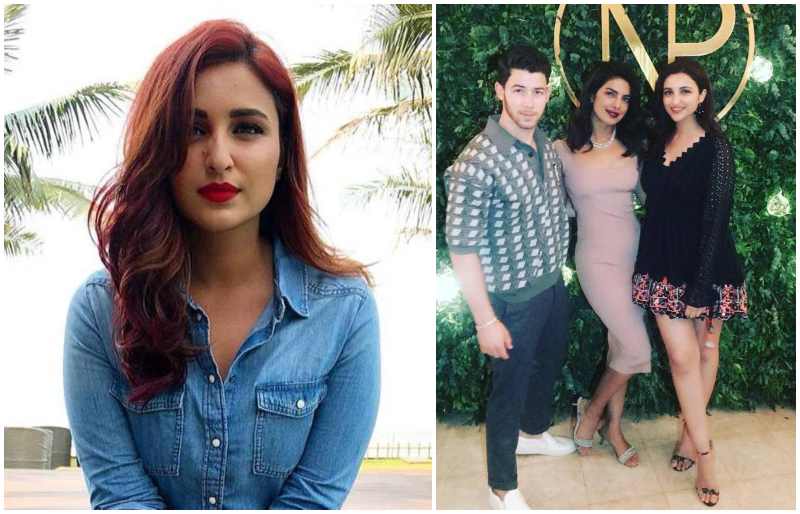 Priyanka  with cousin Parineeti and Nick

No, they are not. Priyanka and Parineeti are cousins. Parineeti is a daughter of Pawan Chopra, who is a brother of Priyanka’s father Ashok. 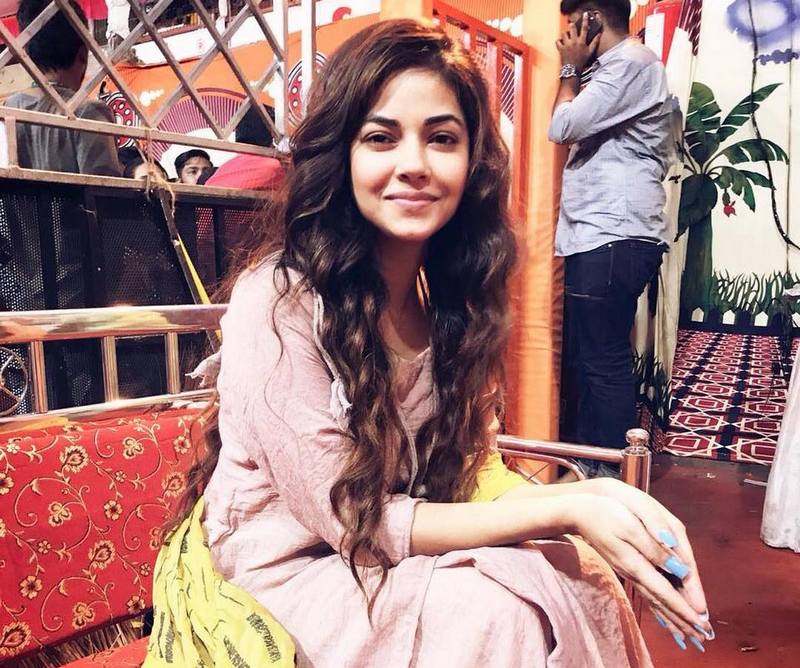 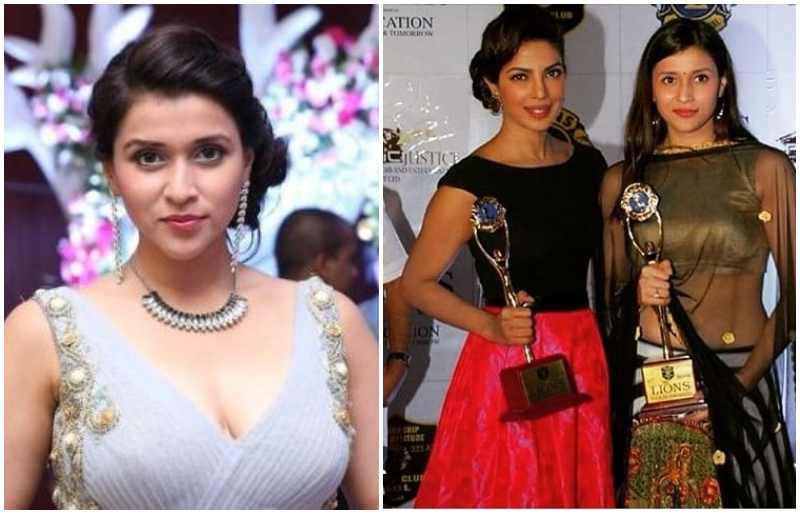 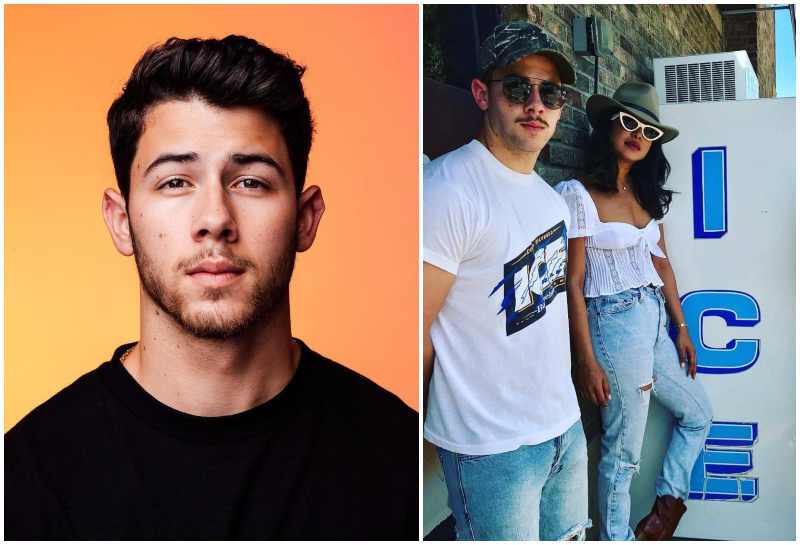 Nick Jonas is an American singer, actor, and composer. He became famous as a member of the pop-rock band Jonas Brothers, which he formed with his brothers Joe Jonas and Kevin Jonas. After the collapse of the group in 2013, Nick continued his solo career and began starring in films.

He leads an active social life. At the age of 13, he was diagnosed with first-degree diabetes. Having achieved success, he began to cooperate with the medical foundation, providing financial and moral support to young people with this disease. 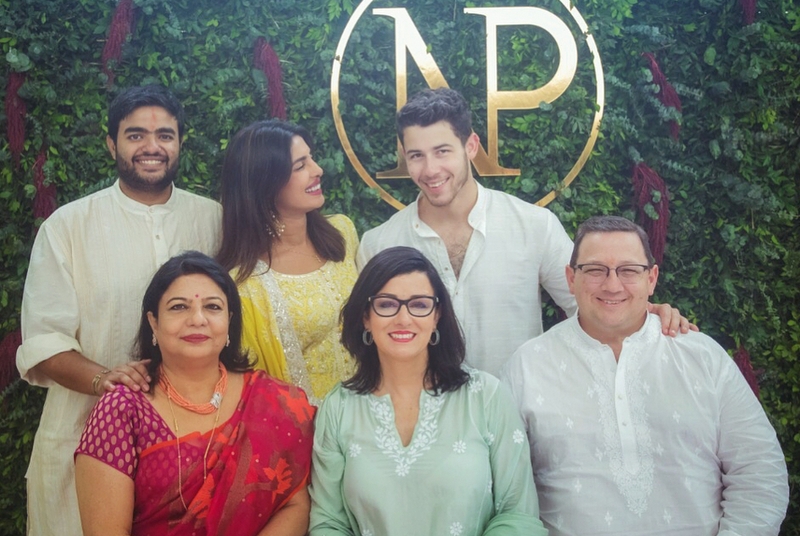 Priyanka with mom and brother, and Nick’s parents

Although Priyanka is 10 years older than the musician is, this did not prevent him from making a marriage proposal after two months of a relationship. Priyanka and Nick were engaged on August 18 as per the Indian traditions with roka ceremony in Mumbai, which was attended by close friends and family.

The couple tied the knot on December 1, 2018 in India. They had Christian and Hindu ceremony.

Priyanka Chopra doesn’t have kids yet.