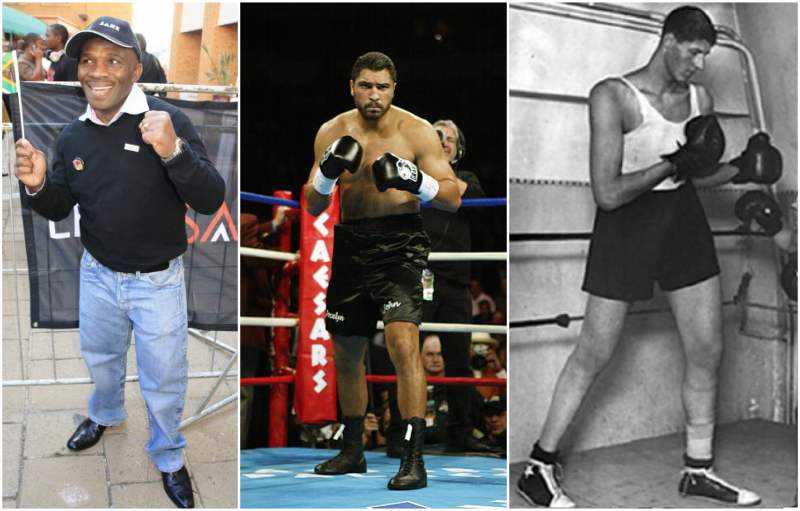 We know well that in every career or art, there are set down rules that guide its operations. In the world of sport, this is no different and some criteria are put in place for one to be a part of a specific sport. In the world of boxing, one that has remained is the need to have a strong build. Aside the need to be muscular and strong, is height also a criteria to be a successful heavyweight champion?

Many men that have graced the rings are of average height but some have been shorter and some others very tall yet they all had quite a successful career. Read on to follow the height chart in boxing and see whether the number of feet and inches make a difference… 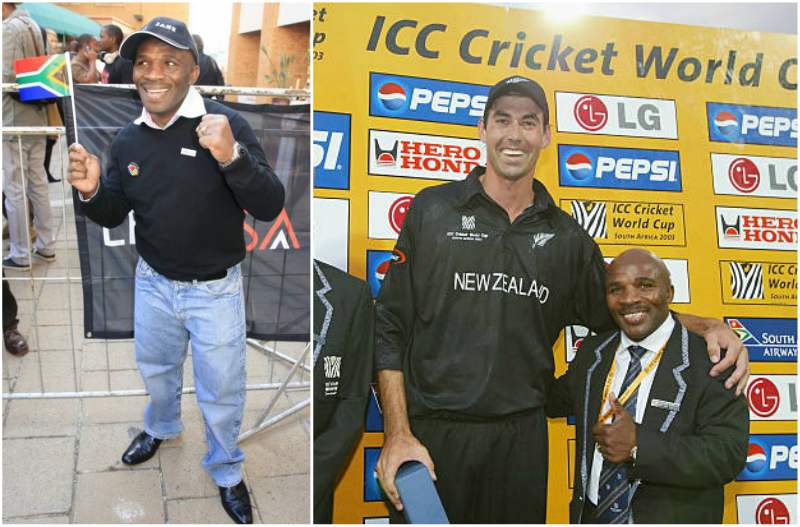 Jacob Matlala was a South African boxer and is most known for being the shortest champion in boxing history. His success story is pretty strange since he stands at 4’10” and plays amazingly against opponents that tower over him. Despite his stature, Baby Jake ended his career with four world championships. We are sure that in all of his 53 wins, his opponent was taller than him yet it did nothing to hinder him. 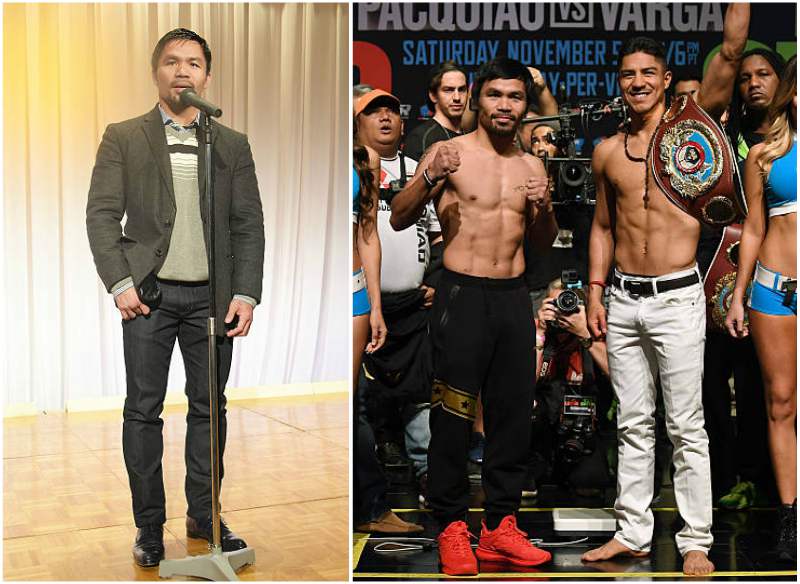 Manny was the 2000s fighter of the decade and is ranked the greatest Asian fighter of all time. In this present generation, he is one man we can look unto that has dared to be ranked among the best despite his deficiency in height. Beyond boxing ha has participated in basketball despite his short height and is now an Honourable for his country Philippines.

You may also like: Manny Pacquiao’s wife and kids 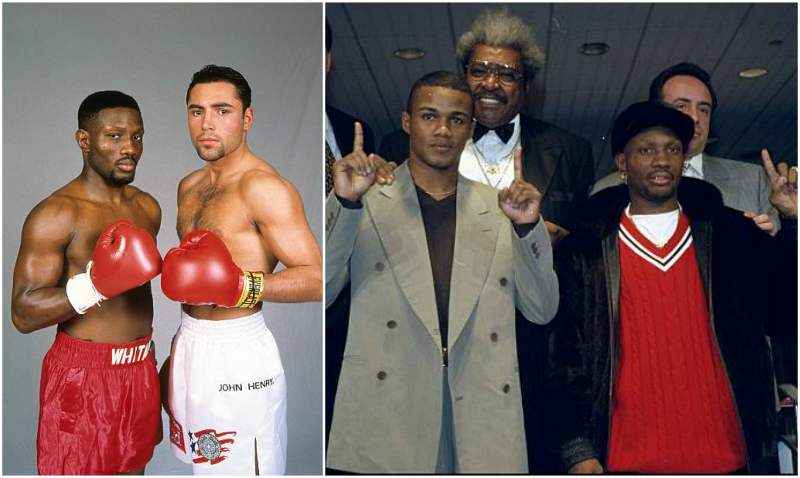 Short or not, Pernell was one of the phenomenal boxers in the 1990s. ‘Sweet Pea’ was known for his outstanding defensive skills and for being a hefty counterpuncher. 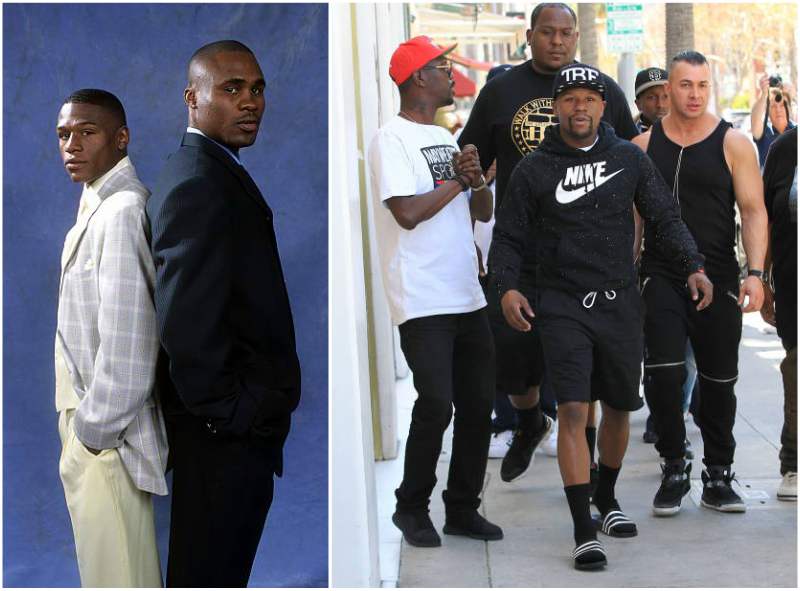 Mayweather is one of the more recent names to remain undefeated as a professional boxer. Many websites rank him as the best boxer in the world for his amazing accurate punches. The welterweight champion is now retired as a boxer and is now a promoter for the sports that has made him one of the wealthiest boxers. 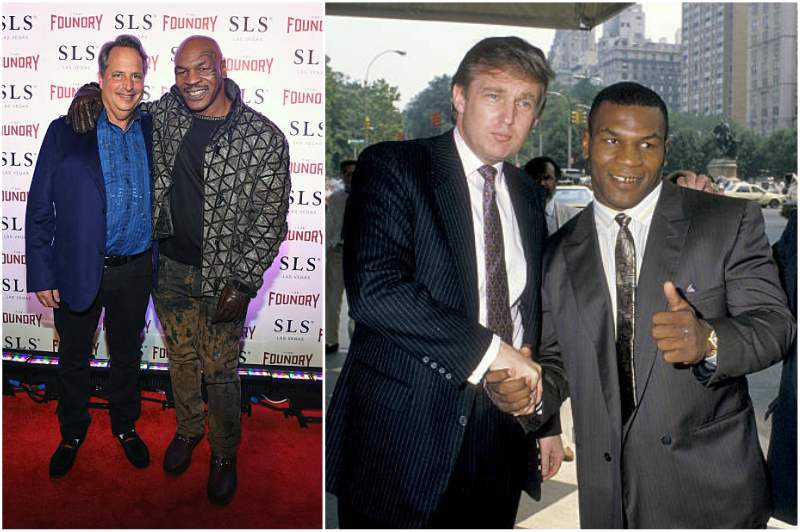 Mike is one of the most devastating heavyweights of all time. He was famously called ‘Iron Mike’ and his short size was definitely to his advantage. We are almost sure that the world might not see another short heavyweight phenomenon with his magnitude. Tyson held the undisputed world heavyweight championship and was the youngest boxer to hold some top boxing titles. 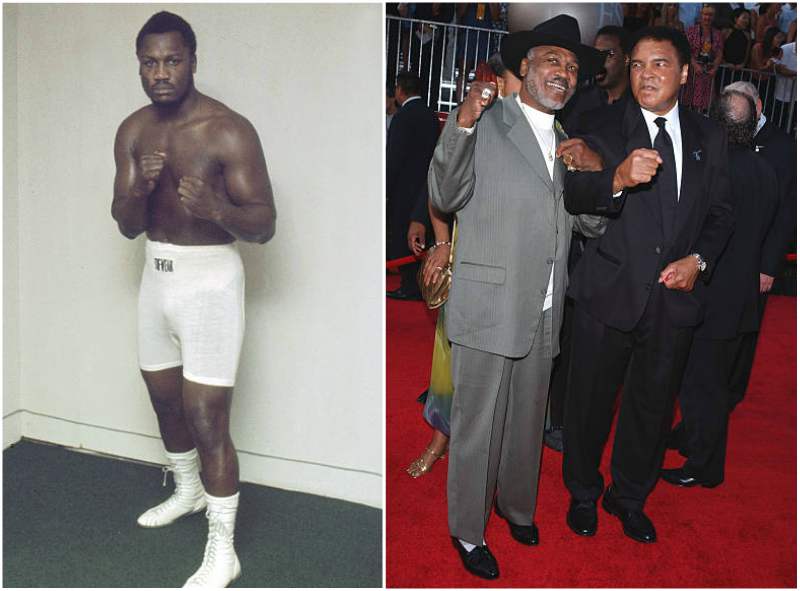 Joe is synonymous to a tough-as-nails boxer. He is one of the toughest men to ever be a boxer. Frazier and Mohammed Ali would forever be remembered as one of boxing’s all-time rivalries. None of them was ever ready to give in to the other when on pitch. Joe was one of the few boxers that were daring enough to defeat the great Ali with his famous left hook even though Frazier had to be taken for emergency medical attention after his most difficult win. 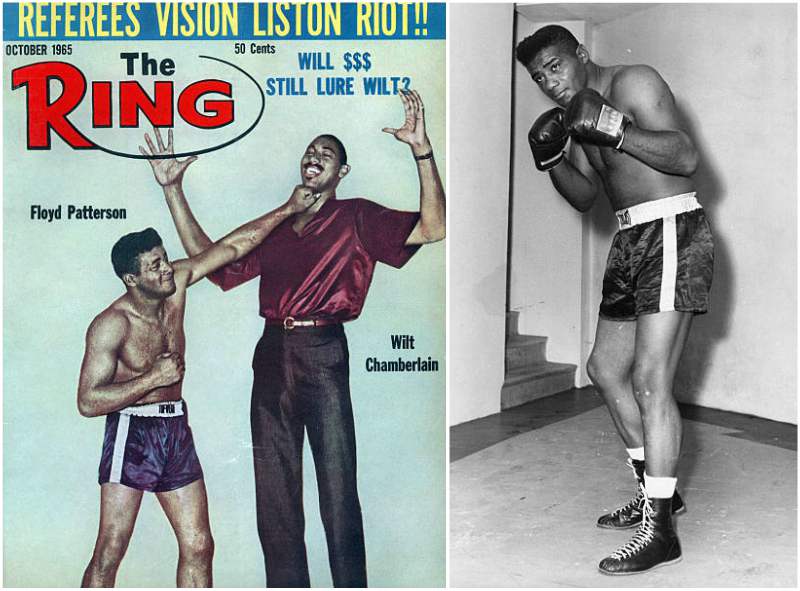 Patterson was the first to win the title of youngest heavyweight champion until Mike Tyson came along. 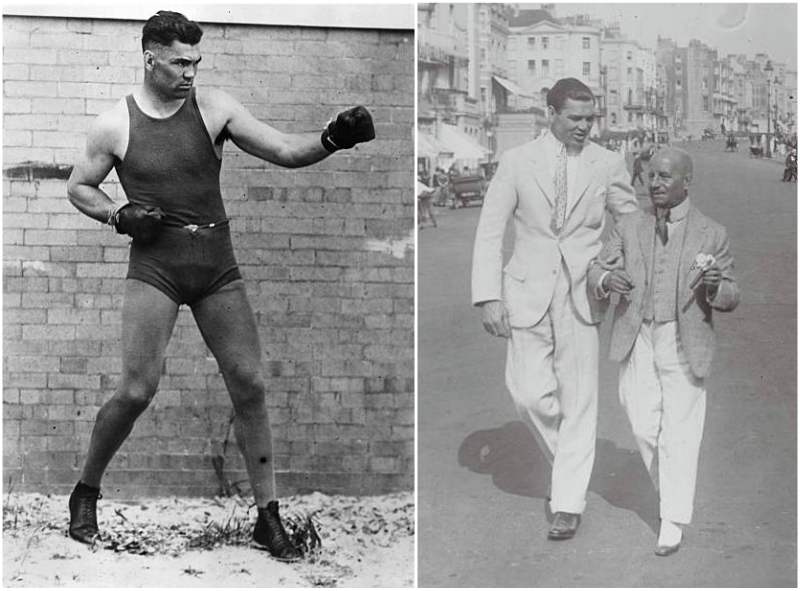 Dempsey was one of the men that defined the boxing game in his time. Till date, he had the greatest left hook the violent sports had ever seen. 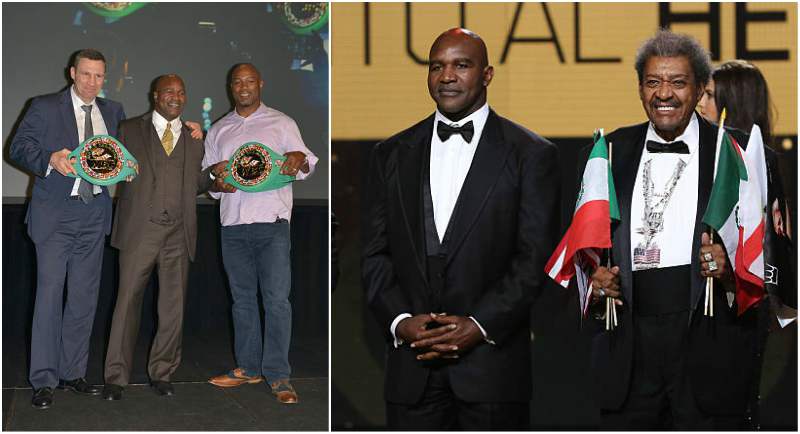 Evander was one of the best trained fighters in the history of the ring sport. His abilities were even more respected after we found out he had a heart condition. His nearly inexhaustible stamina played out for him when he fought against Mike Tyson. Holyfield scared Tyson so much that he resorted to ear biting. 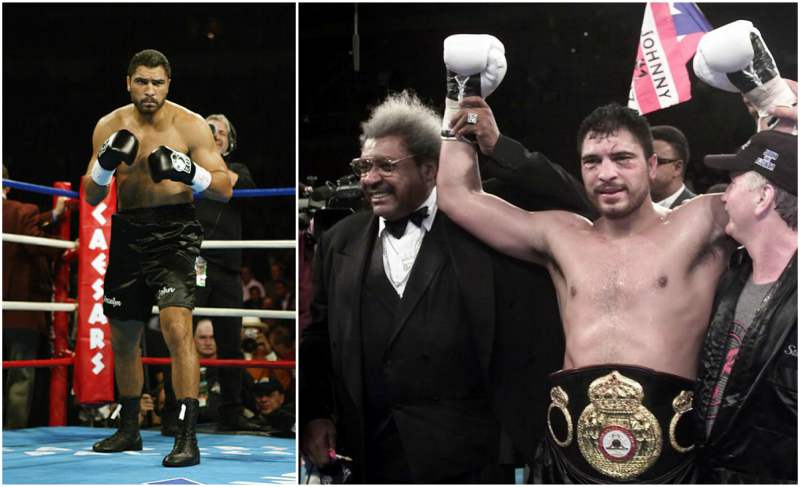 John goes by the nickname ‘The Quietman’. He was successful in his time height regardless and became the first ever Latino to win a world heavyweight title. 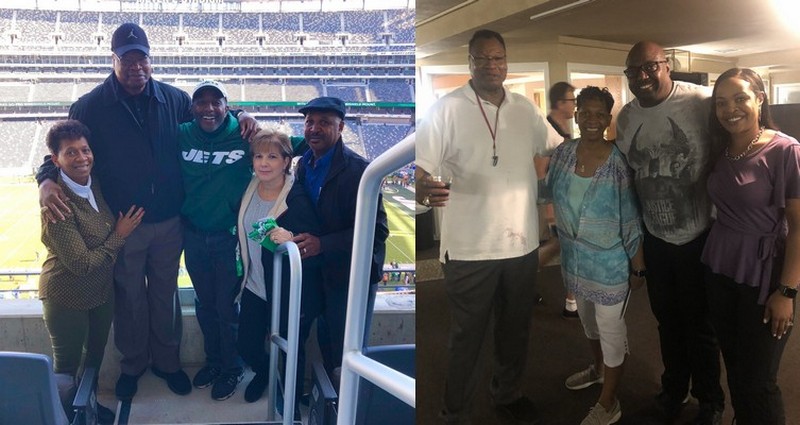 His professional boxing career started in 1973 and lasted till 2002. You may know him as “The Easton Assassin”. 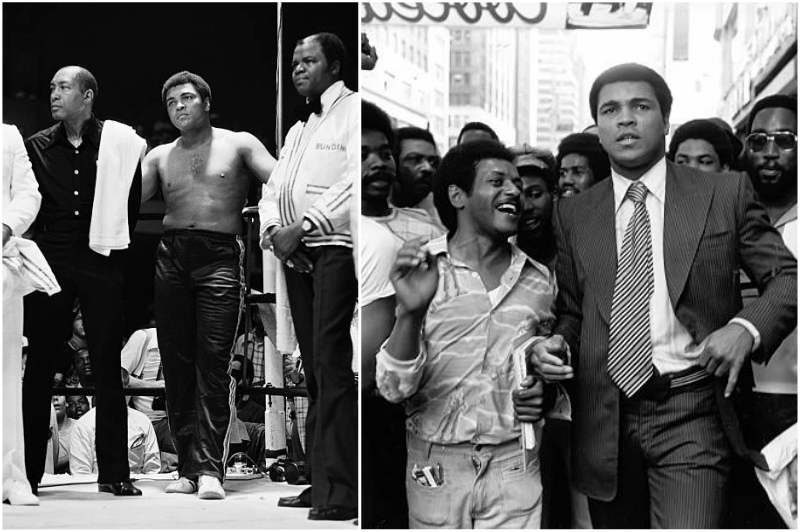 If there is any boxer that needs no introduction, Muhammed Ali is definitely the man to mention. He threw his punches faster than anyone has ever done. His dancing skills and footwork were unprecedented as was his hammerblow of a jab. 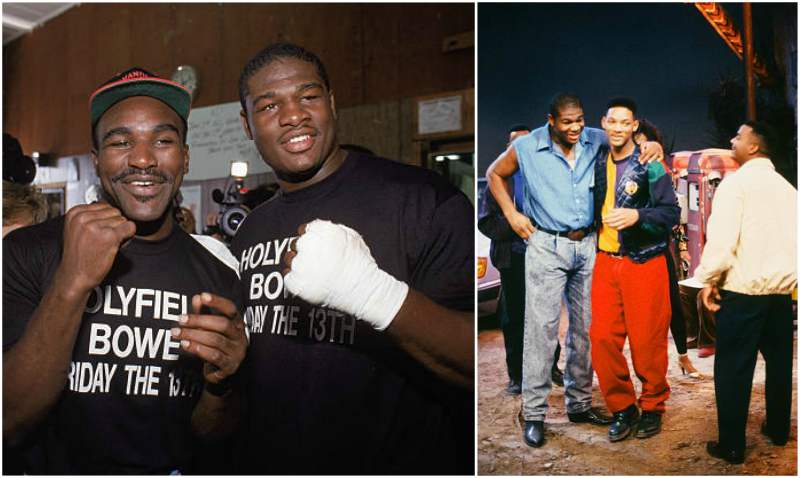 Bowe was also one of the tall successful boxers in his time. He won the undisputed WBA, WBC, and IBF titles from the cruiserweight champion Evander Holyfield. 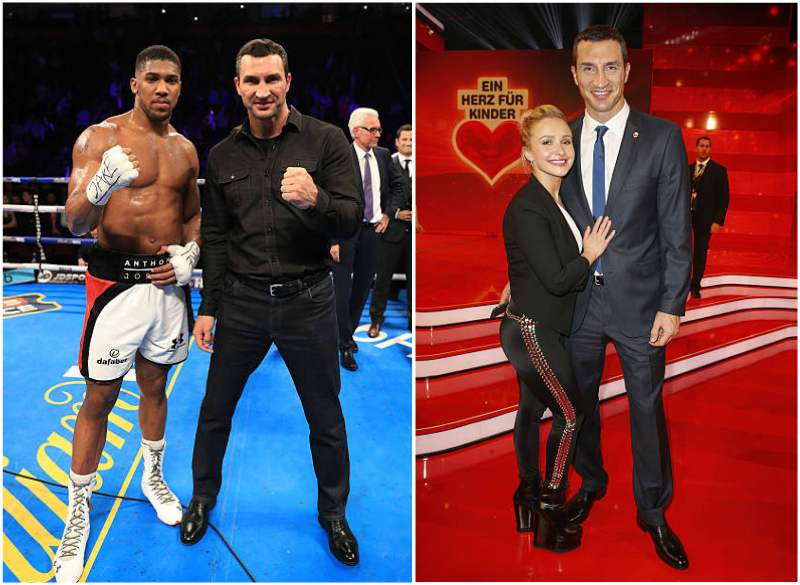 He is younger one and more successful of a pair of Ukrainian boxing brothers. He attained the height of the second longest reigning heavyweight champion of all time. 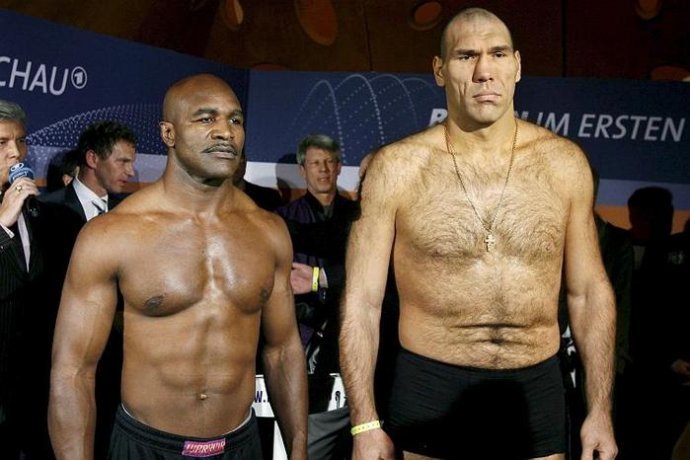 He is till date the tallest and heaviest heavyweight champion in the history of boxing. Nikolaev is called the “Russian Giant” and he is so big that he steps into the ring by going over the top rope. The ‘Beast from the East’ won the title of two-time WBA heavyweight from John Ruiz but lost it to Ruslan Chagaev. 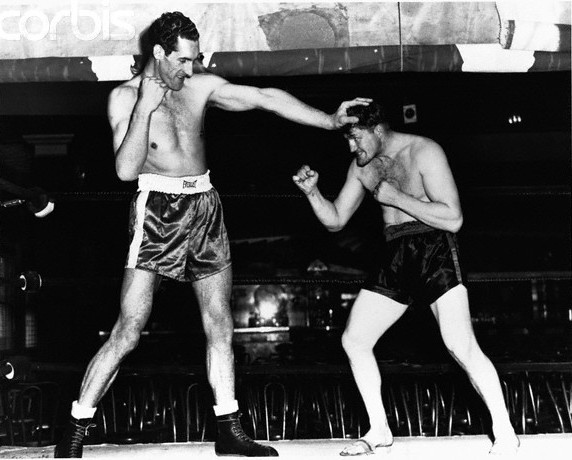 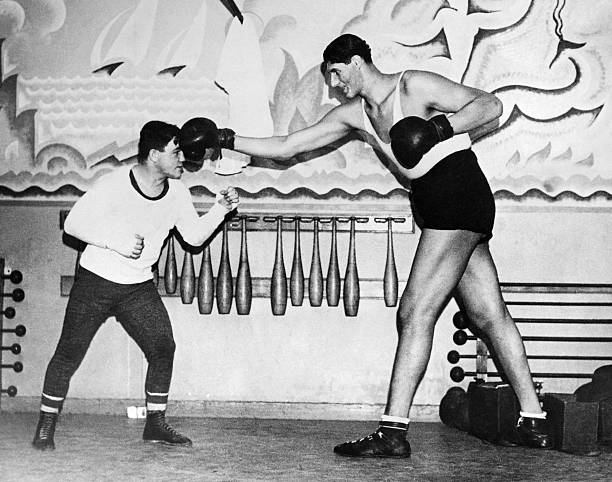 Gogea, the tallest Romanian in history was known as the ‘Goliath of Romania’. He weighed 320lbs (145kg) and is till date the tallest boxer that ever lived. His career was cut short early due to his medical condition of Gigantism. This was the cause of his unusually tall stature but his original cause of death was tuberculosis. Gogea died just a month before his 22nd birthday.