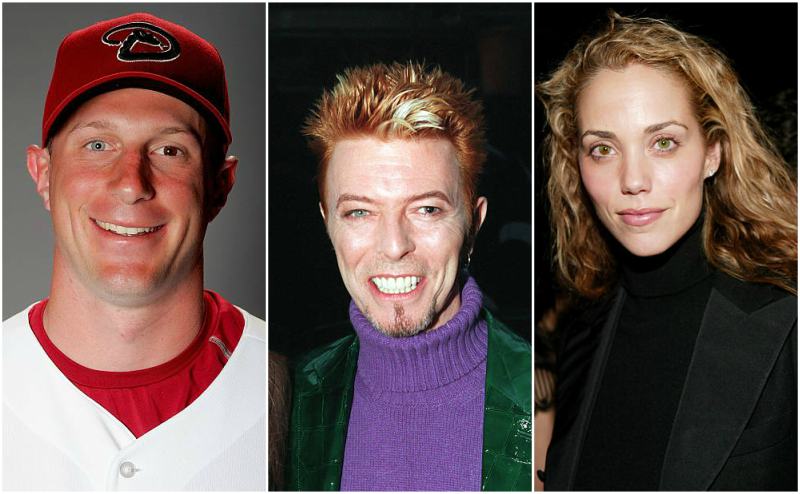 For people with a very high taste in fashion and style, they go as far as buying contacts with two different colors for cool aesthetics. Some people actually are born that way and this is just gives them a unique headshot. The condition where the eyes have different colors is called ‘heterochromia’. The iris which is the colored part of the human eye can have color variations which can range from very subtle differences to much more noticeable ones. The names on this list have proved that there is no such thing as a beauty flaw; instead their multicolored eyes have made them all the more unique. 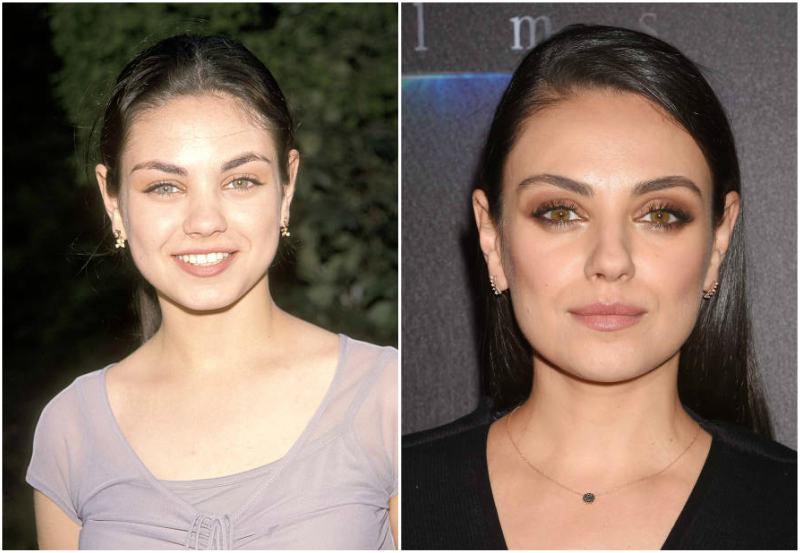 The superstar actress was not born with this rare variation but rather was blind in one of her eyes. The reason for her blindness was chronic iritis which is an inflammation of the iris (the colored part of the eye). The disease was since corrected with surgery but she had one green eye and one brown eye as a side effect of her illness. The beauty flaw was not the only complication of her disease, the Black Swan (2010) actress developed cataracts and an overall poor vision. Now her eyes are both brown. 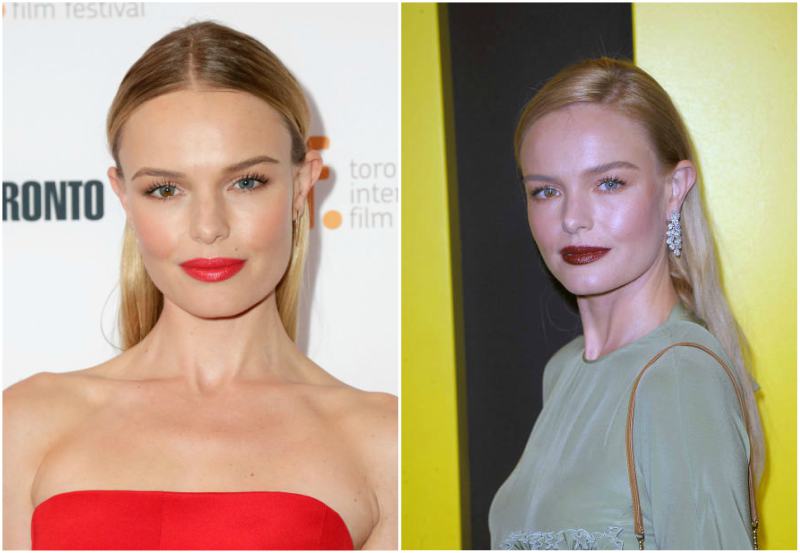 She is also a famous celebrity with multicolored eyes. Bosworth always has her contacts on set to conceal her ‘flaw’ but in 2006 when she took on a role in Superman Returns, the movie director told her not to be concerned with showing off a false homochromia. It became her first movie appearance with the real color of her irises.  The pretty actress has one blue and another dark-hazel colored. 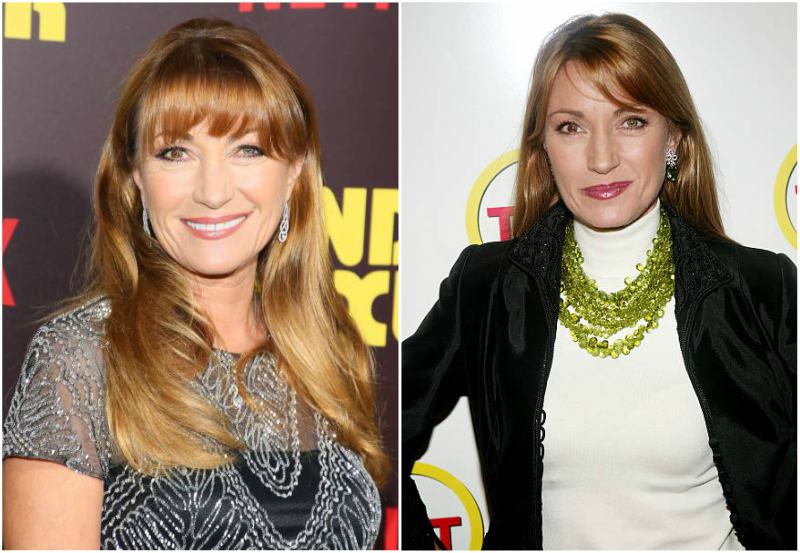 The former Bond girl was born with a brownish right eye and the left one greenish. Many times when you look at the skilled Seymour all you see is her beautiful hair and excellent acting but if you look closely, you’ll notice the rare beauty in her eyes. 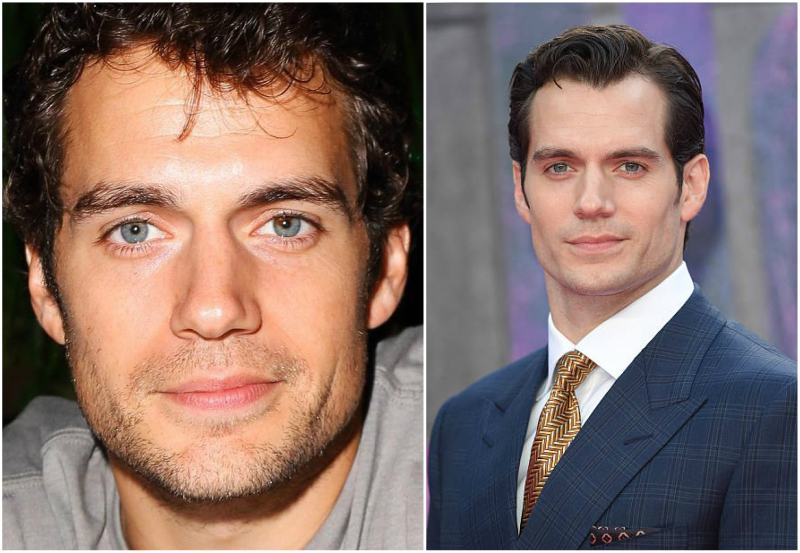 Superman himself was born with this eye disorder. One iris is blue but the second a lighter blue than the first. The ‘Man of Steel’ unlike other celebrities does not hide this ‘flaw’ as he is always very comfortable with his eyes ad considers it one of his many unique attributes. His eyes might not be perfect but he is still might fine to us! 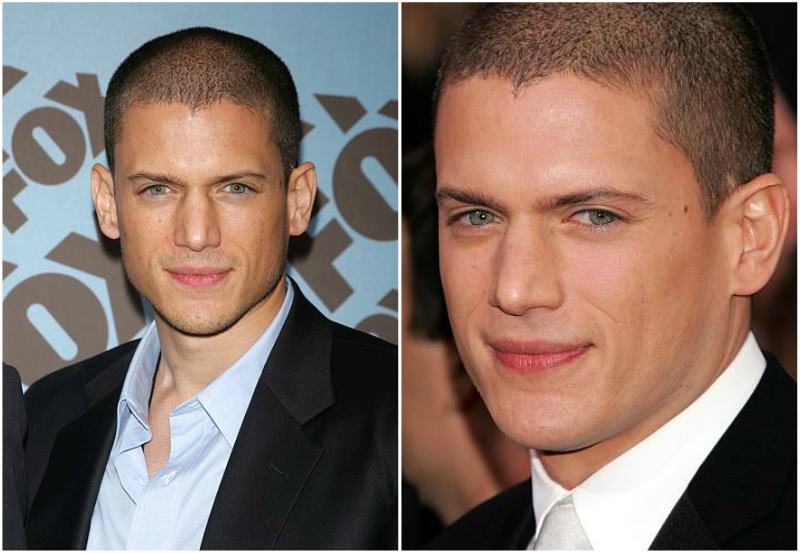 Miller is famously known as Michael in the all-time series Prison Break (2005 – 2009). When you see him on screen you’ll agree that he has such a sexy stare but beneath his alluring facial features, Wentworth has one blue eye and the other green. 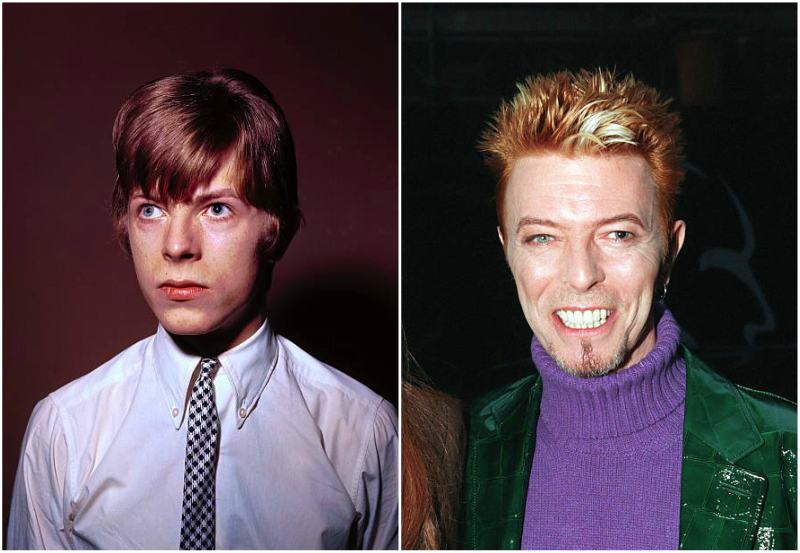 David the legendary musician does not exactly have this bi-colored eye condition. The pupil in his left eye has been dilated since an accident during a childhood fight over a girl when he was 14 and since then his appearance gives us the illusion that he has two different eye colors. His condition was more related to anisocoria (a condition characterized by an equal size of pupil) than to heterochromia. 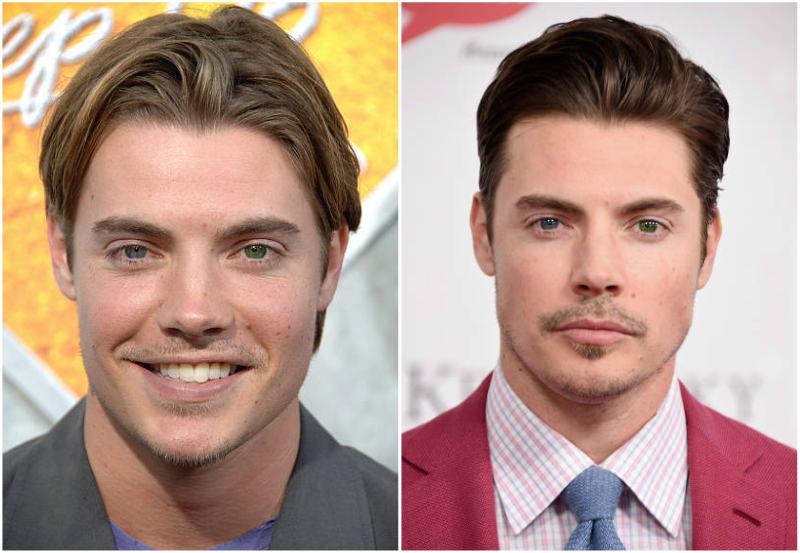 Josh is a Texan actor that is famously known from his role as Josh Ross in the hit series Dallas (2012 – 2014). He has a right medium-blue eye and right one rich-green. Henderson admitted to the press that the vision is his left eye is almost completely gone when he’s not on contacts. His condition since birth has not stopped him from living a normal life like everyone else nor has it served as a hindrance in his career. 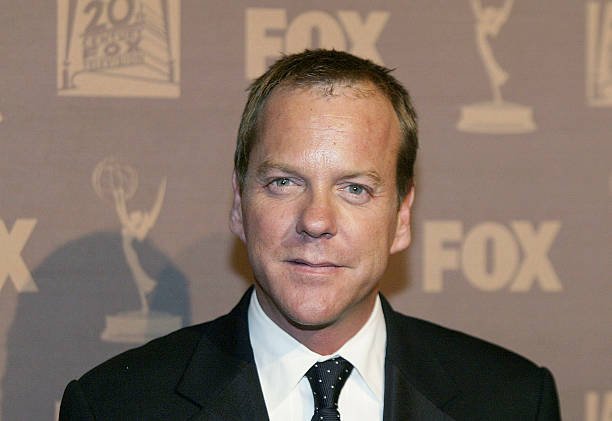 He is another actor who was made popular from a TV series. He was born to successful Canadian actors but his own fame came from the critically acclaimed hit, 24 (2001 – 2010). His blue and green eyes condition came to limelight when his one time girlfriend Julia Roberts acknowledged this to the media.

You may also like: Keifer Sutherland and his show-business family 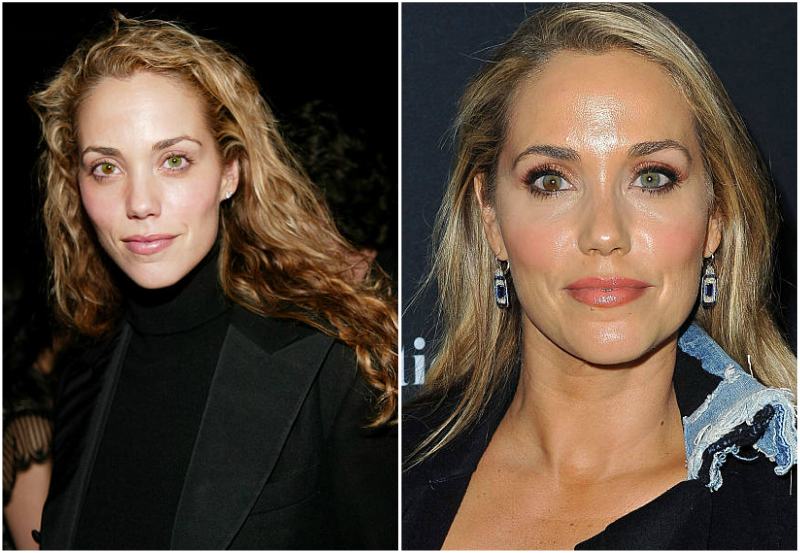 The ‘Saved by the Bell’ alumnus has a green left eye and a greenish-brown right eye. Her case is beautifully striking as her right eye is not a blend of green and brown but green on the upper part with a perfect shade of brown on its lower end. It does not make her look any less stunning! 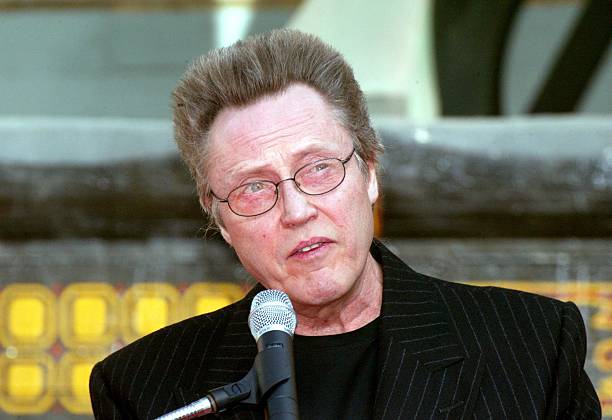 He’s got a beautiful blue-and-hazel combo. Walken now 74 is an actor and was a dancer at his younger days. 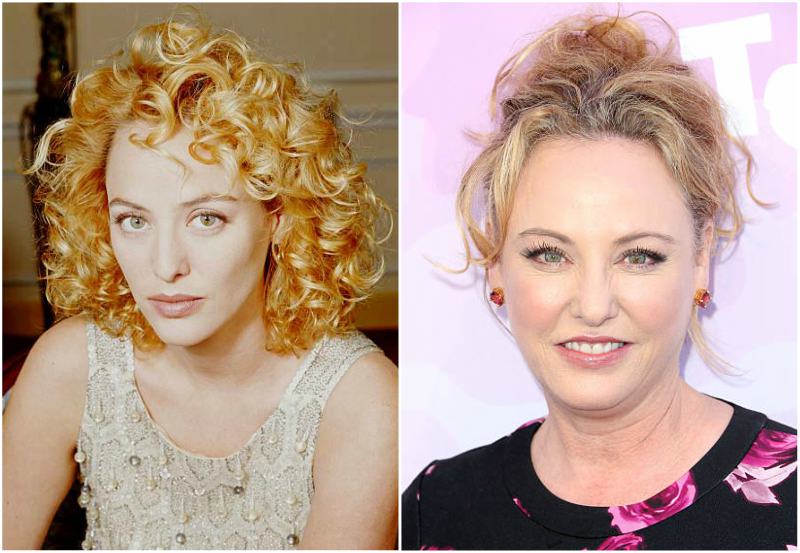 She is also an actress and was born with one green colored eye and another brown eye. 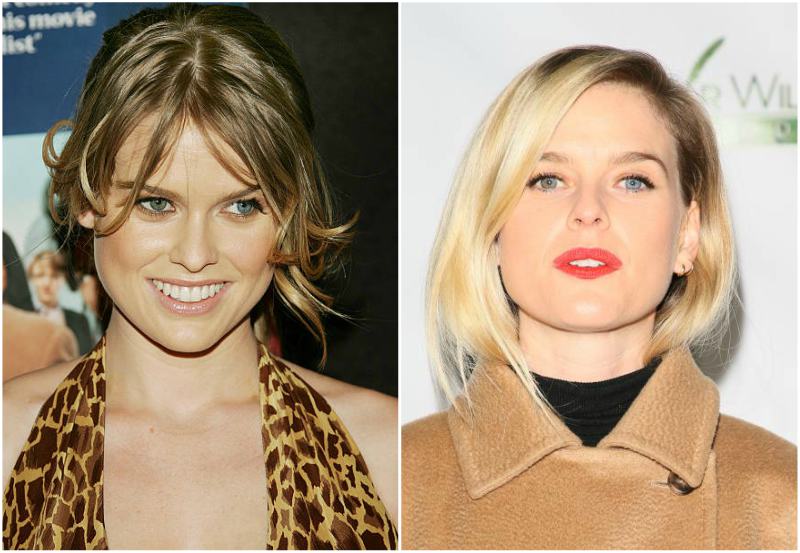 She is the ‘She’s Out of My league (2010)’ actress with one hazel and one blue eye. Her heterochromia condition became public when she was asked on a live show and she couldn’t deny that she had this ‘beauty uniqueness’. 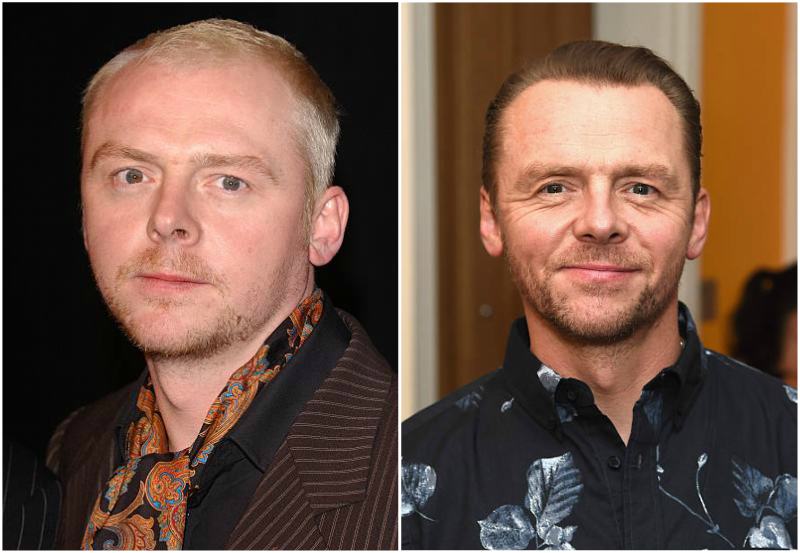 The gifted English actor only has subtle color variations. Pegg revealed on ‘The Sunday Night Project’ show that his eyes were mostly blue-gray but he has over time observed a flash of brown in his right eye. 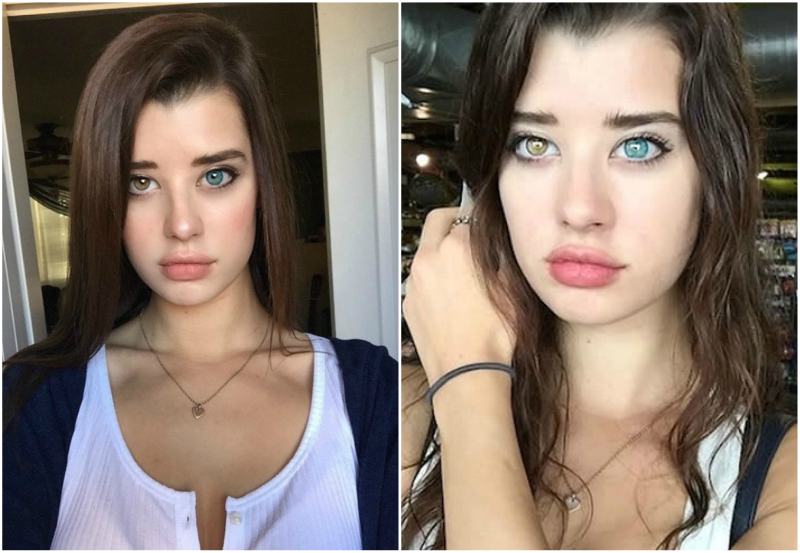 Sarah is an Instagram celebrity and model. She was the first cover model on Playboy’s first non-nude issue. McDaniel has a left bluish-green eye and her right eye brown. 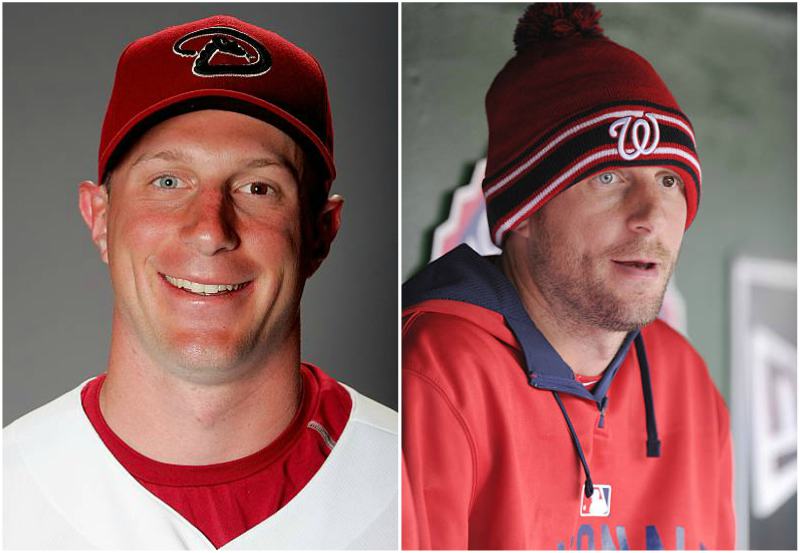 He is not an actor like most of the names on this list but Max has actually become more popular for his dual colored eyes. He is a pro baseball pitcher and according to his mother, was born with both eyes colored blue. It was when he was four months she first noticed than one was green and the other stayed blue. As the sportsman grew, the blue one got deeper and the other green eye became brown. His case is one of the extreme cases of heterochromia as one eye is lighter and the other is of a much darker shade. To be honest, we feel like this has contributed largely to his handsomeness. 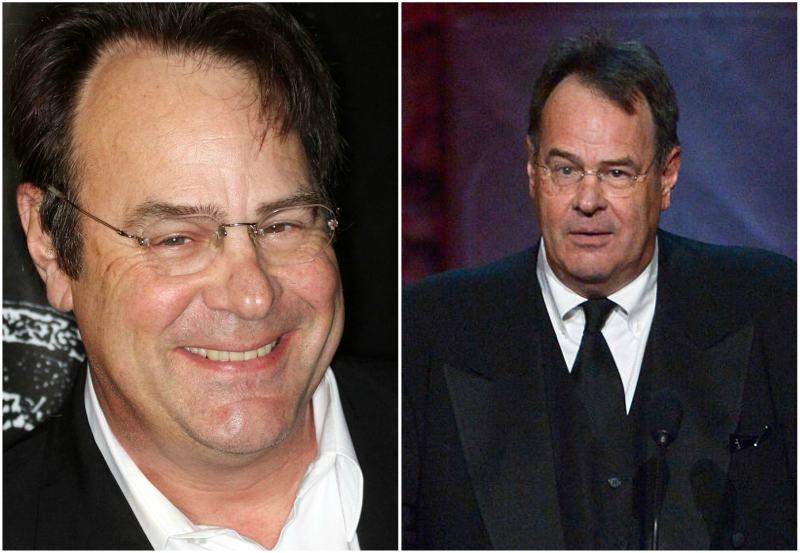 If you look closely enough, you’ll see that the “Blues Brother (1980)” has one brown eye and another green one.

It is worth mentioning that the almighty Alexander who was once the powerful king in Ancient Greek had the condition heterochromia. He is not a celebrity but is till date considered one of history’s most successful military commanders and was a part of so many successful wars.

A sneak peek at some celebrities with poor vision
Are there height limits to be a heavyweight boxing champion?