Family of Guardians of the Galaxy Star-Lord Chris Pratt 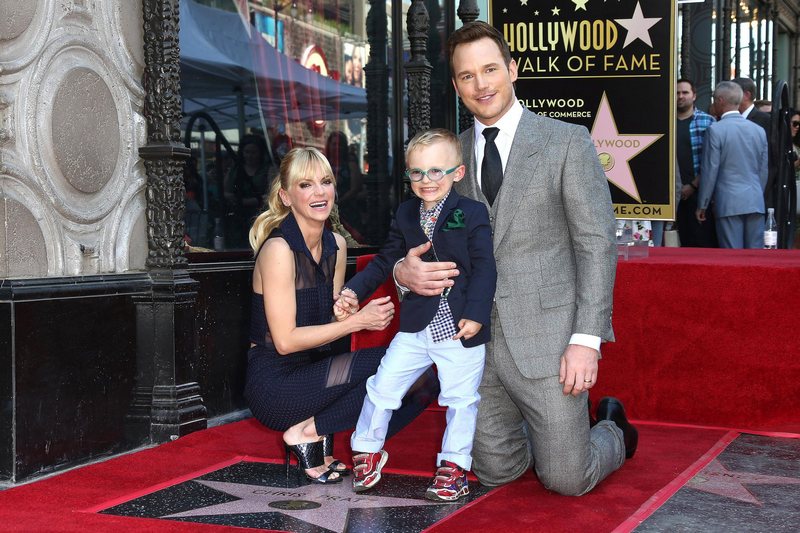 Family of Guardians of the Galaxy Star-Lord Chris Pratt

He is no doubt one of the popular American faces that have gained international recognition for their stellar performances in ground-breaking movies. Pratt was working as a waiter in Hawaii when destiny found him and he met with Rae Dawn Chong. She immediately liked his looks and energy and cast him in her directional debut, the third art of Cursed (2000); this immediately opened the door for many other opportunities to come rushing in. After a few years of remarkable success, Chris was approached to play the role of Peter Quill on the science fiction film series. Interestingly, he turned down the role but the film’s casting director somehow convinced the director that he was the perfect man for the job and they came back to him. Christopher Michael Pratt signed the multi-film deal eventually and it has become one of the biggest deals of his career.

Before starring in his breakout role on Parks and Recreation (2009 – 2015), Pratt worked as a door-to-door salesman. He mentioned that he was selling coupons for oil changes or spa trips and those days were actually prepping him for when he would start auditioning for roles in movies. These are reasons why the actor believes in God and the divine as when he takes a look at his life, he sees some form of pre-determined plan.  The Jurassic World (2015) lead actor has been a nominee for several top awards since his teenage years but is yet to go home with an Academy Award.

When Christopher got married, his wife was bigger than him but in the space of eight years, he has now reached the top of the Hollywood ladder with opportunities taking him all over the world and sees that things are way different up here. This rise to stardom has not only brought him international fame but has cost him his relationship. Read on as we take you through the private life of the Passengers (2016) actor starting from his birth family and the role each relative has played in his life. 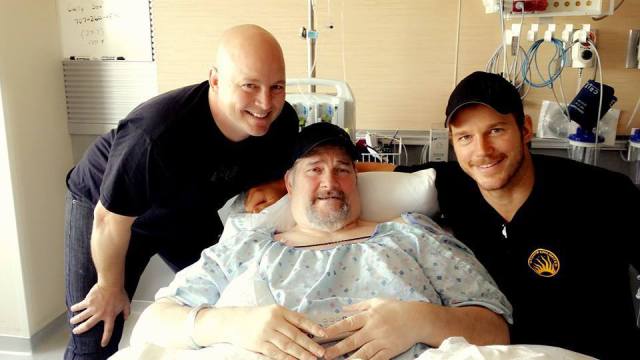 He worked in mining and later remodelled houses. Daniel passed away in 2014 after battling multiple sclerosis for years. The disease was hard on him and he had to split from his wife to move into assisted living until he couldn’t walk anymore. The actor was in New Orleans filming the blockbuster Jurassic World when he got the news that his father was gone from Multiple Sclerosis complications, being the lead actor, he could not take time off to grieve but eventually came to terms with his father being gone. 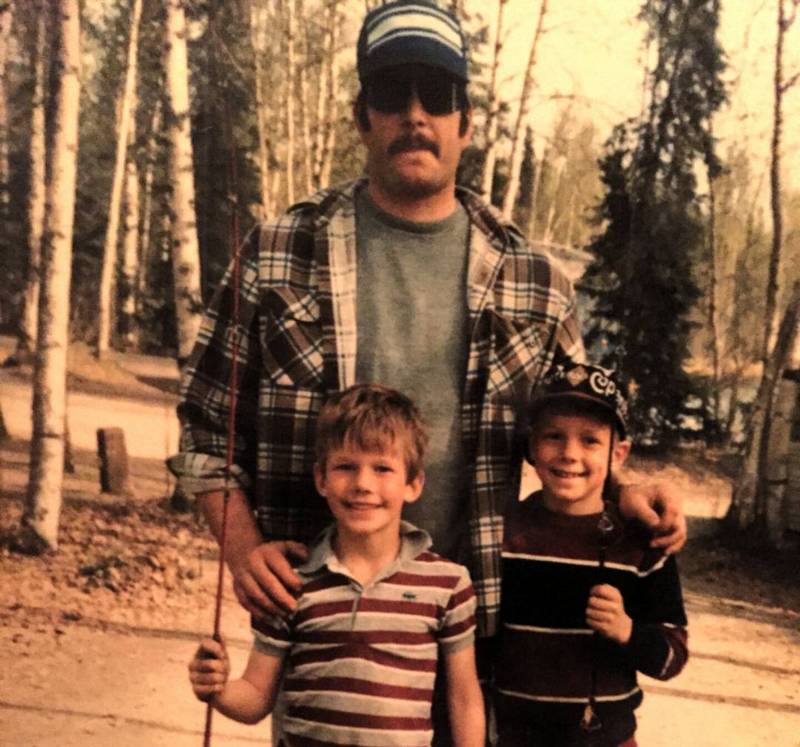 Little Chris with father and brother

Pratt says his father taught him how to handle rejection and this lesson has helped him ultimately become a successful actor. Chris founded a teen centre in honor of his late father. 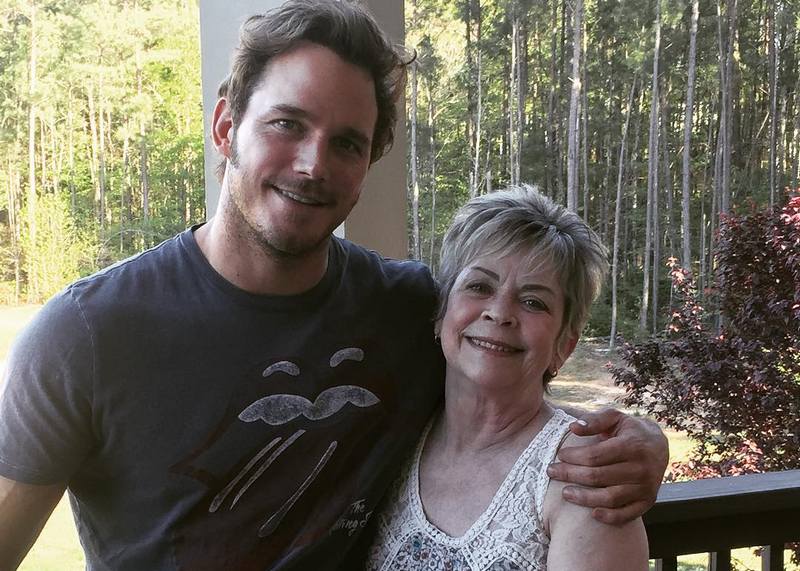 Kathleen is the proud mother to The Lego Movie (2014) voice actor who worked at a supermarket. Chris was presented with a star on the Hollywood Walk of Fame a few months back and honored in his mother with his speech. He mentioned how much of a sacrificial mom she has been and even added that though they were often cash-poor; they were never love-poor. 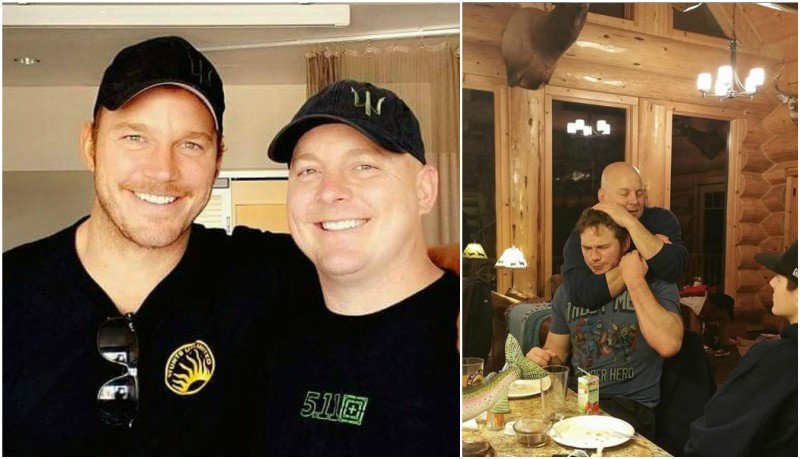 The Magnificent Seven (2016) actor has Cully to thank for his acting career. He reveals that it was his older brother that first inspired him to start acting. Pratt explains that one Christmas when he was much younger, he was in a play that knocked everyone’s socks off; his mum was even crying at the end and he knew that was what he would be doing for life. The male Pratts recall that they spent their entire childhood wrestling for hours non-stop. He had to “quit” sports to focus on his career and his brother has been super supportive since inception. 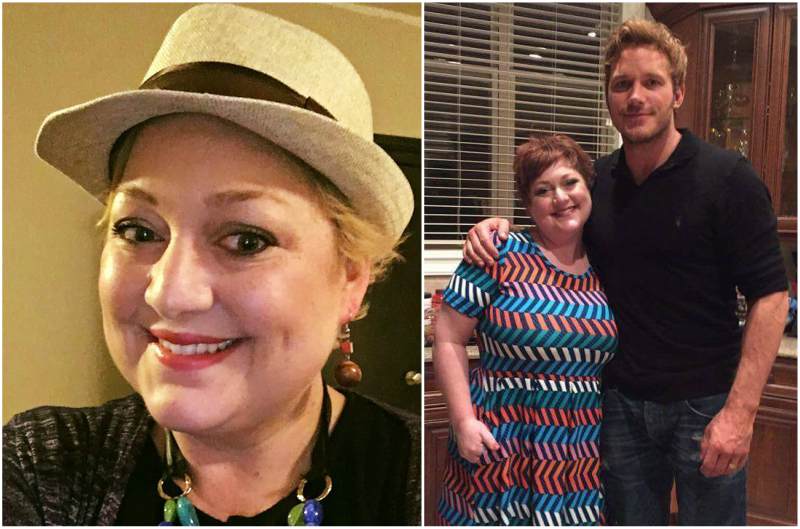 Chris shares a loving bond with his only sister and says she like their mother has also made some profound sacrifices for the Pratt family so the youngest Pratt can be out chasing his dreams. She is married and has two sons. 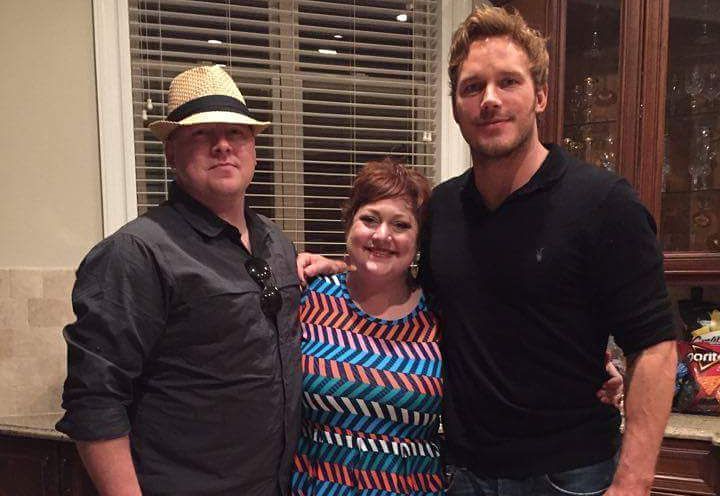 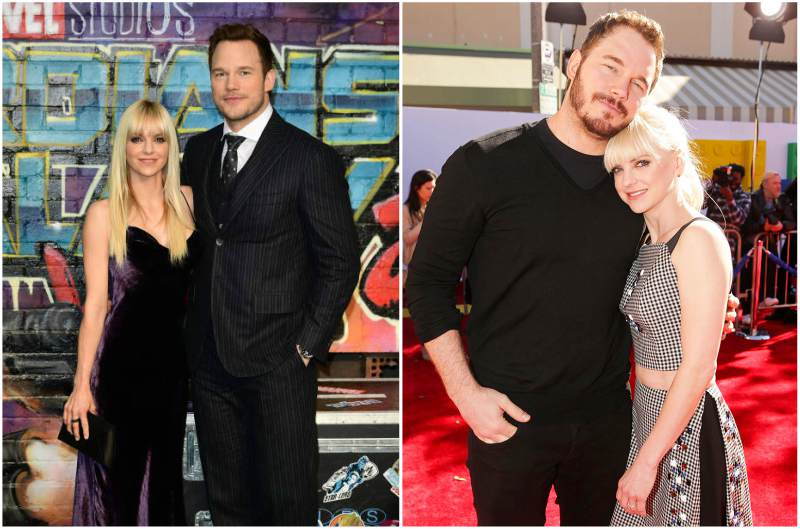 Faris is an actress, singer, producer and comedian. She started acting since she was nine but rose to fame through her lead role in the Scary Movie films series (2000 – 2013). Her first marriage was to Ben Indra whom she had met on the set of indie film Lovers Lane (1999). It lasted for three years with a 2007 divorce on the grounds of irreconcilable differences. Anna and Chris met in 2007 on the set of Take Me Home Tonight (2011) and indeed they ended up home together after their July 2009 wedding in Bali.

The long time couple announced on August 7 their impending separation after eight years of being together. According to them they tried for a long time but are really disappointed things could no longer be contained. While Faris wants a stable Los Angeles family with more kids, the Guardians of the Galaxy film series (2014 – 2017), star was more than content with being the father of one at least for now. He also acknowledges the fact that right now in his career, his job has the potential of keeping him away from home for months and he can’t be so committed to staying in one place. There were other personal reasons for the split but these were some of the reasons why they decided to part ways. 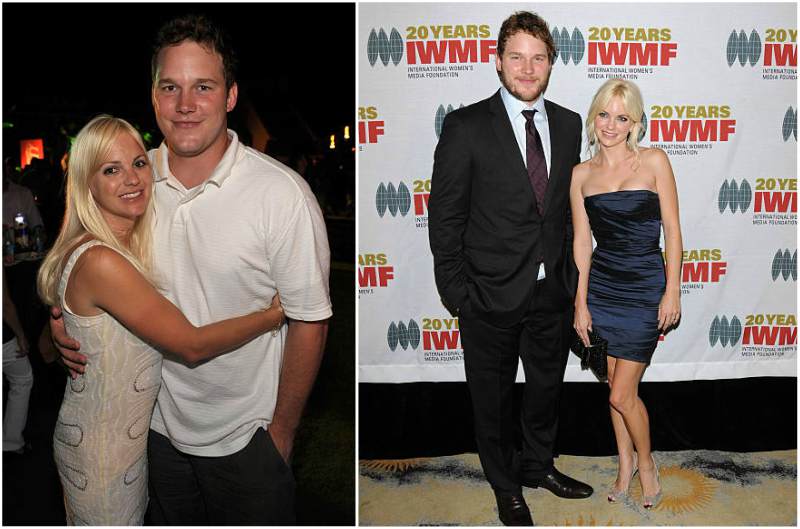 Faris hinted that her marriage to the star actor was not as happy as they hinted with their incessant PDA infused-appearances in the public and on social media. Marriage in Hollywood is indeed tricky; she laments and would rather be in a “normal” marriage where one party wasn’t always absent. An insider stated that Chris’s sudden rise to superstardom has a big role to play in his split as both lovers apparently did not have a road map for what they could become. The wheels have been set in motion for a divorce but they say it would be as amicable as it can get. 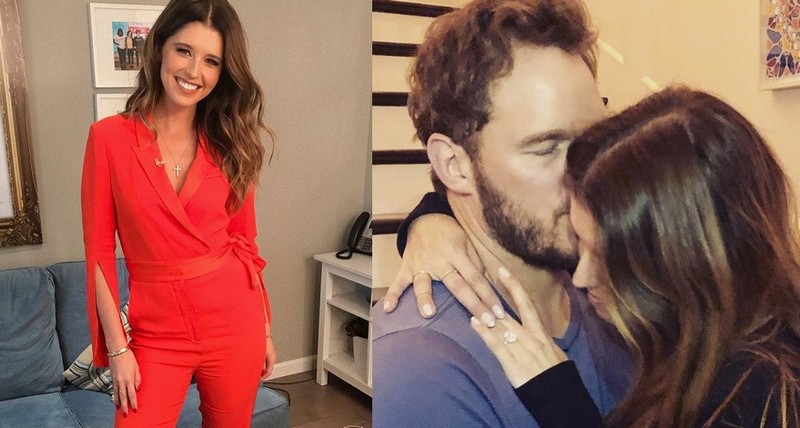 They first were seen together in June 2018 at a picnic in the park. As we can see things have been heating up quickly. Katherine is an author and a daughter of Arnold  Schwarzenegger.

Updated! Katherine and Chris got married June 8, 2019 in in Montecito, California. Congrats to the happy couple. 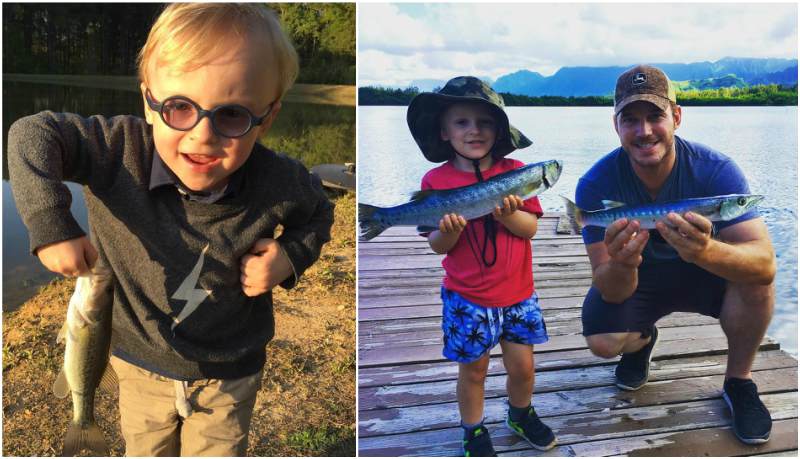 Jack was born nine weeks early and had to spend four weeks in the hospital’s intensive care unit. He was very small for a human, and his first crib was an incubator. Pratt and Moms (2013 – present) star went through this tough period together but they later said jokingly that their youngster wanted to be a summer baby and not an October born. The separated parents are extremely glad their son is doing well as they now cannot imagine life without him. They remain devoted parents to their son and continue to maintain an “unbreakable” bond in him. Jack is already expressing some fine theatrical traits affirming the speculations that the arts are in his genes.

On April 25, 2020 it was announced that Katherine and Chris are expecting their first baby together after a year of married life. Congrats!

On August 10, 2020 Chris shared a news in his Instagram about birth of his and Katherine daughter.

Handsome MMA Sensation Conor McGregor and the lovely McGregors
Meet the adorable family of All of Me hitmaker, John Legend