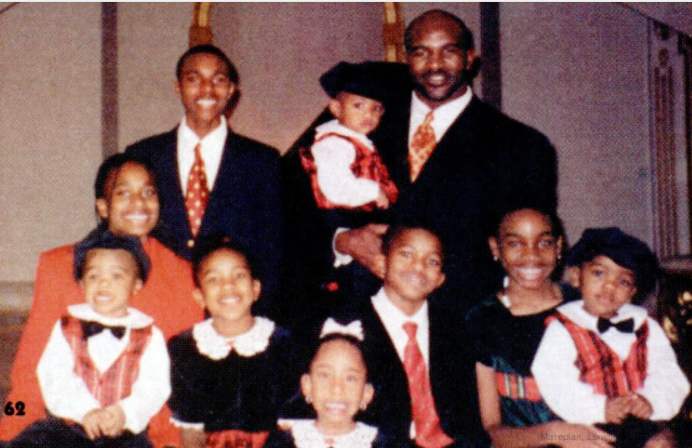 Evander Holyfield is a retired boxer best known for having a tip of his ear chomped off by Mike Tyson during the infamous 1997 ‘Bite Fight’. He was raised by just his mum in a poor neighbourhood with his eight siblings. Holyfield says his mother was his biggest cheerleader even as she was only a sixth-grader. She taught him never to quit, saying cowards never win. These lessons became concrete in his heart and it was what challenged him to spar with the 17-year-old Tyson, when everyone else was chickened out.

Holyfield has been ranked the greatest cruiserweight of all time. He has almost a dozen kids from six different women. His children have cost him his greatest fortune as each divorce took a massive amount of his wealth in child support and divorce settlement. These children are also pointing him towards a brighter future. Read on to see the members of this large family and his relationship tales. 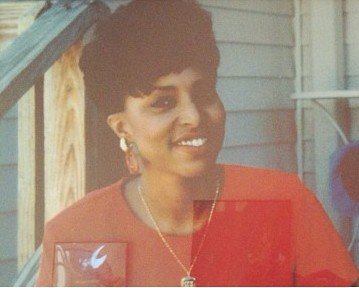 Paulette had a child for him already and was five months pregnant with their second child at the time they got married. They later had a third child together. Evander has always been known to be a lover of women and he continued with this habit after his marriage. In 1991, Paulette could no longer take it and she filed for a divorce on the grounds of infidelity. 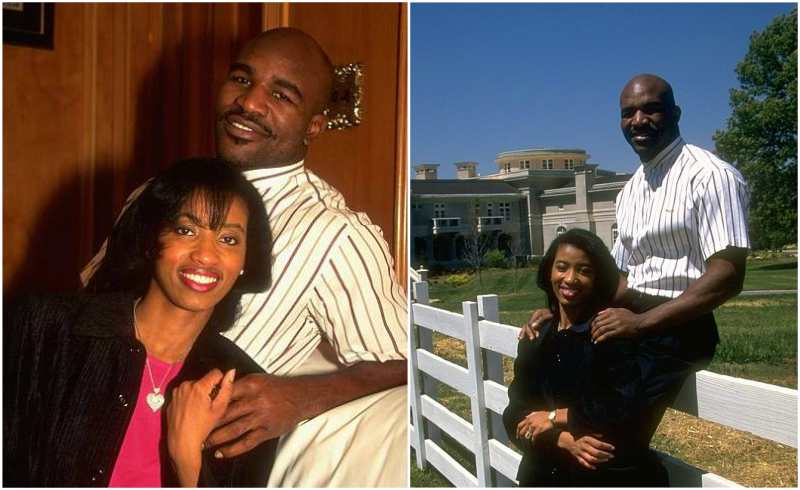 In 1994, Evander met his doctor second wife at a religious crusade in Philadelphia. They were married two years later and all through these periods, the ‘Real Deal’ was still sleeping around. After the couple had their first child, he admitted that he had two other kids out of wedlock. Itson was known for her reckless spending habit and it was a constant issue between her and her boxer husband. 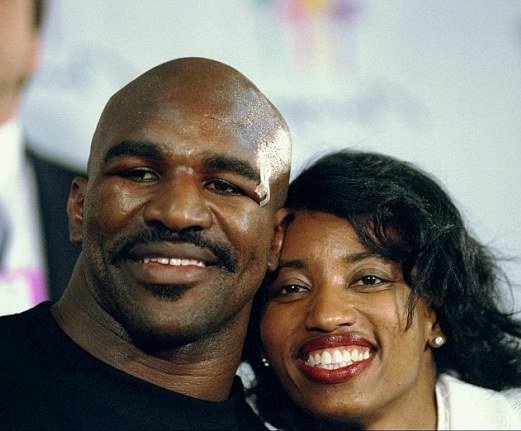 The pair went through a very messy divorce case barely four years after they were married. Despite Holyfield’s marital infidelity, he still asked for a paternity test as proof whether their son, Elijah was his. His marriage to Itson was one of his most expensive periods in life as she was no spendthrift and there was a shopping spree every day. 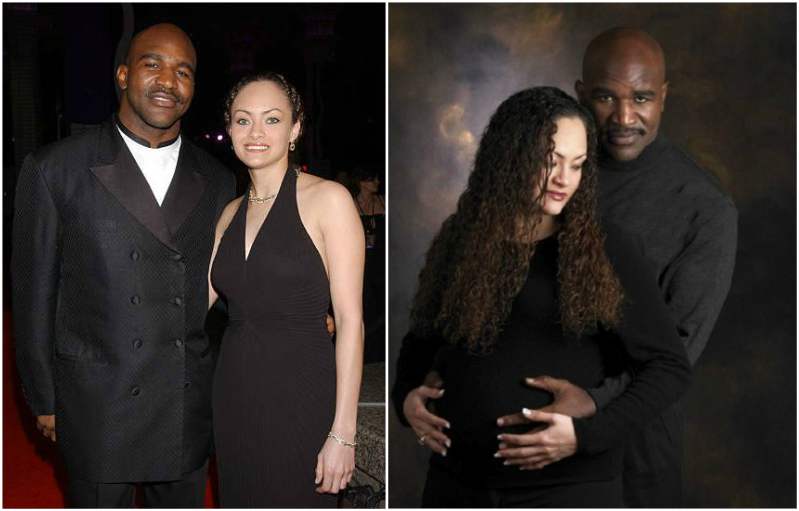 Candi is a former nurse and third wife to this stubborn boxer. For the first two divorces, the claim was infidelity but for this third one, Calvana had something different to say. Holyfield was accused of domestic violence and wife battery. His third wife claimed that things got crazier and her children sometimes were witnesses of the assaults.

By this time, Holyfield was getting close to being broke so when his wife started making moves for a divorce, he pleaded with her and asked that they go see a counsellor. Smith refused and went ahead with the court petition; she also filed a restraining order against her husband. Their turbulent marriage finally hit the rock after almost a decade of being together. 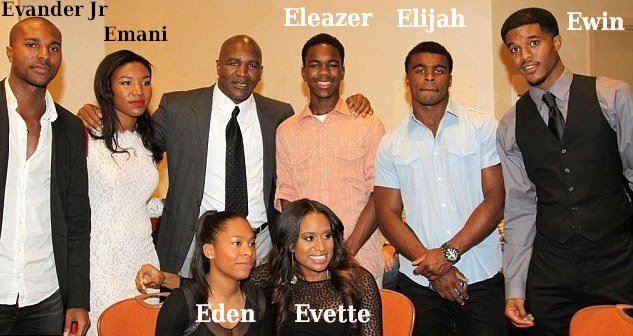 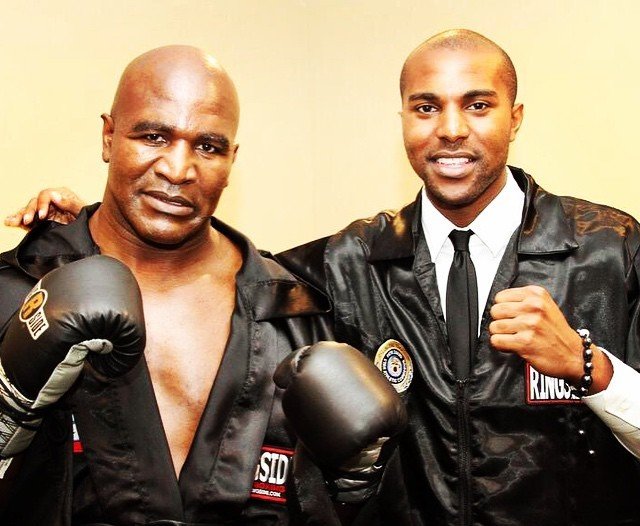 Evander Jr. just like his dad wants to pursue a career in the ring. When Evan Sr. was younger, he always went around saying he might be a boxer but his mum was quick to get preaching. She made him realize that people who suggest that things might happen don’t end up becoming champions. The exact same thing happens when Evander Jr. talks about his dream to be in the ring, his dad gets all worked up. Let’s hope this dream finally becomes a reality. 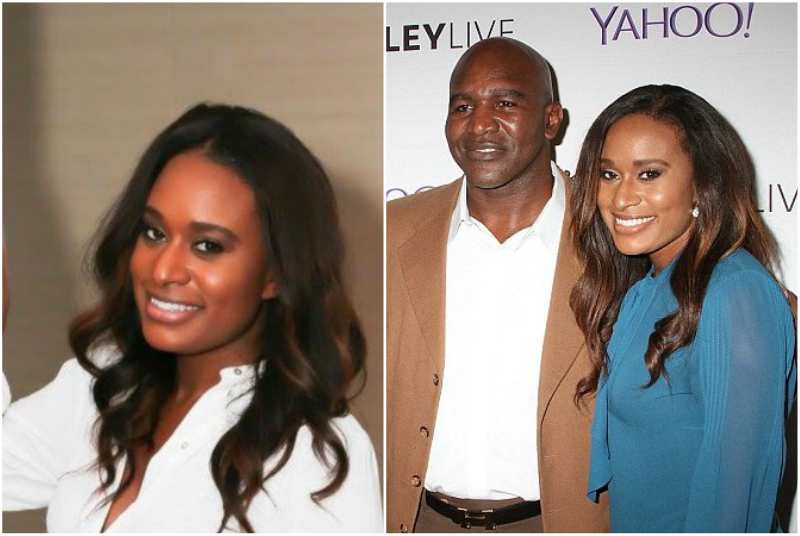 She is the grown up daughter of the ‘Real Deal’ who maintains that the only man who would share her body would be her husband. At the age of six, her father sold this idea to her but she had lived on with it because of her Christian faith. She goes around inspiring other girls and women to focus on their dreams and keep themselves till marriage. Evette is also a stylist and designer. Evette birth name was Ashley but when she was 12 she decided to change it and her father helped her. 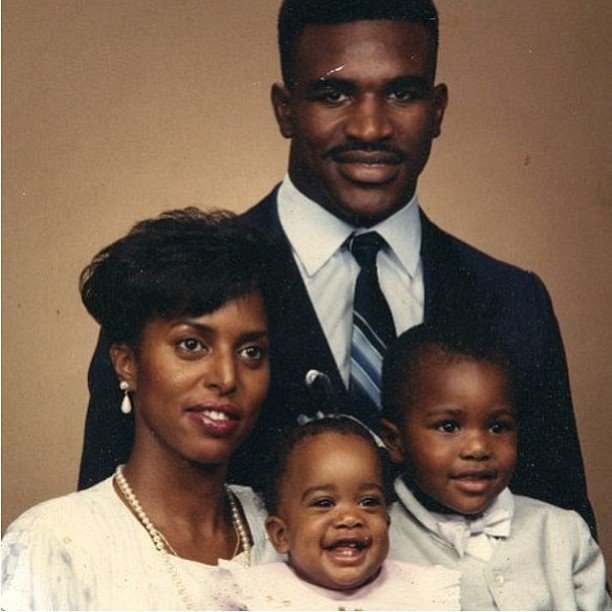 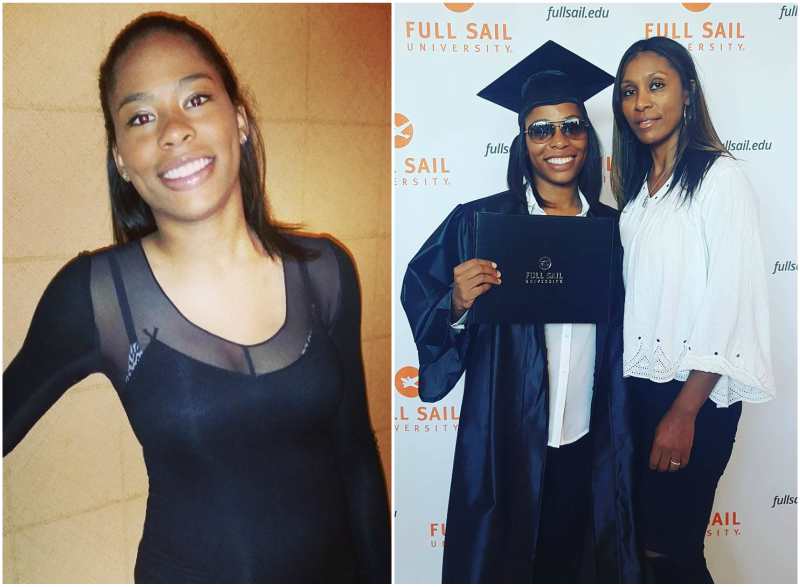 Eden and his brother Elijah spent a lot of time with their father. In interview to Dawg nation Tamie said that Elijah was one year old and his sister three when she split up with their father. They had been engaged but never married. 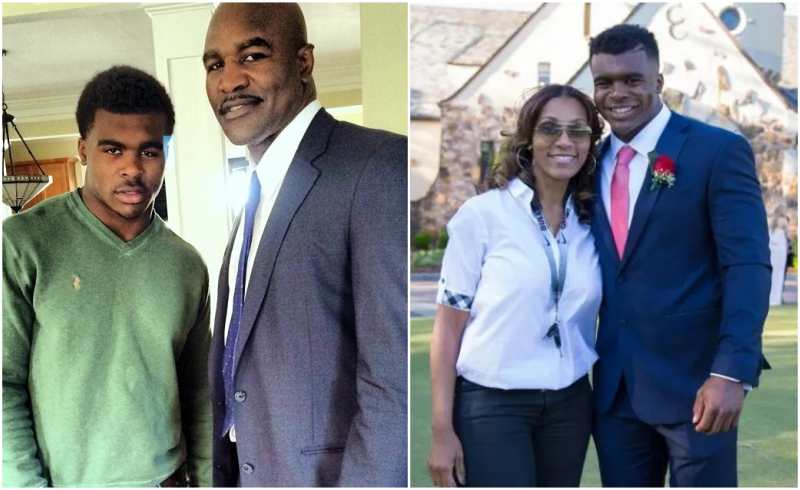 Elijah was one of the best high school running backs in American football; he is now making a transition to college sports. He is so good that over 22 different colleges offered him admission to their school. In 2015, Elijah committed to playing for the University of Georgia. You can imagine how excited the retired boxer would be that his athletic son is doing great. Elijah is Evander’s son with Tamie Pettaway and he is also a track star. He lives with his mother, sister, step brothers, Chris Jr., Tashawn and stepfather Chris Pettaway but Evander tries to still be present in his son’s life. 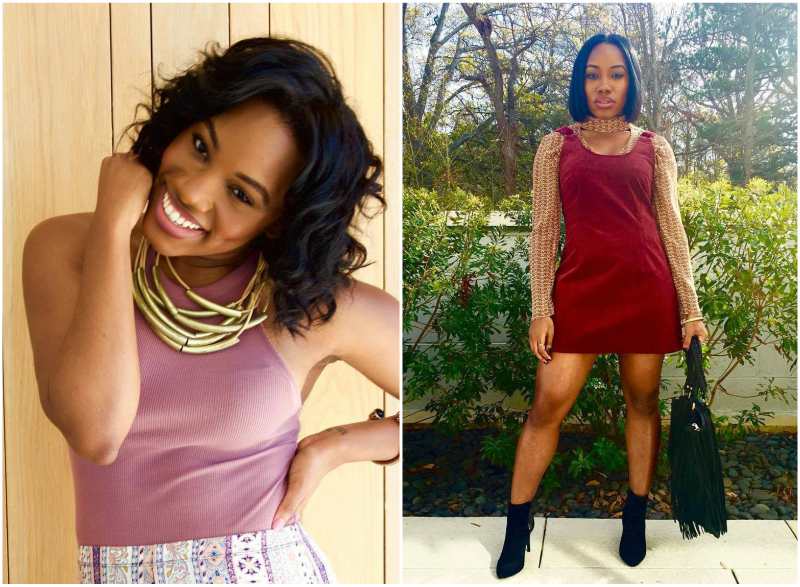 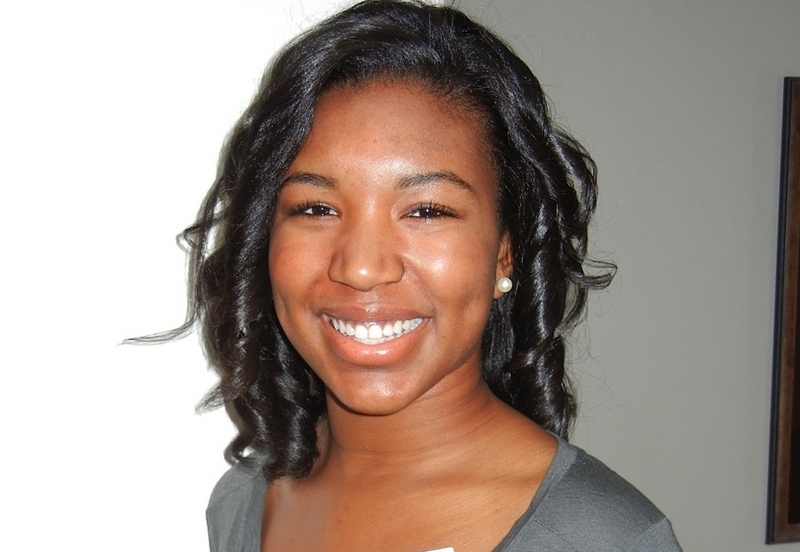 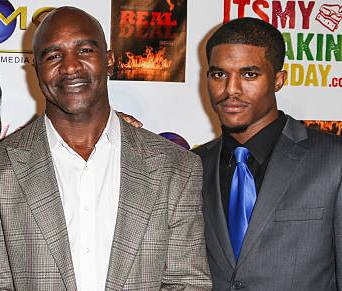 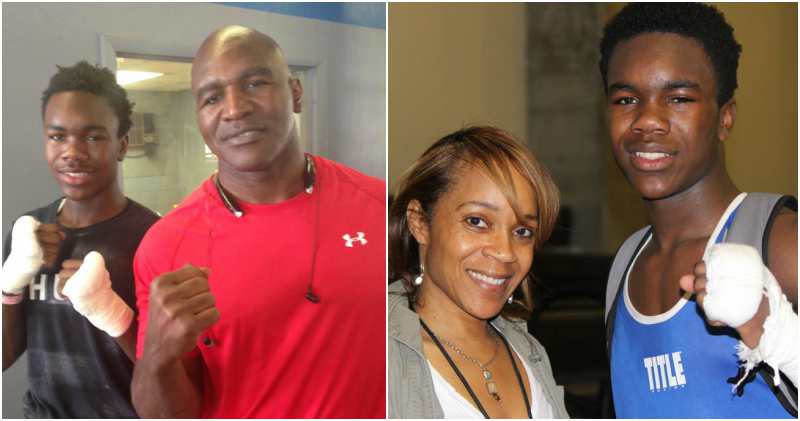 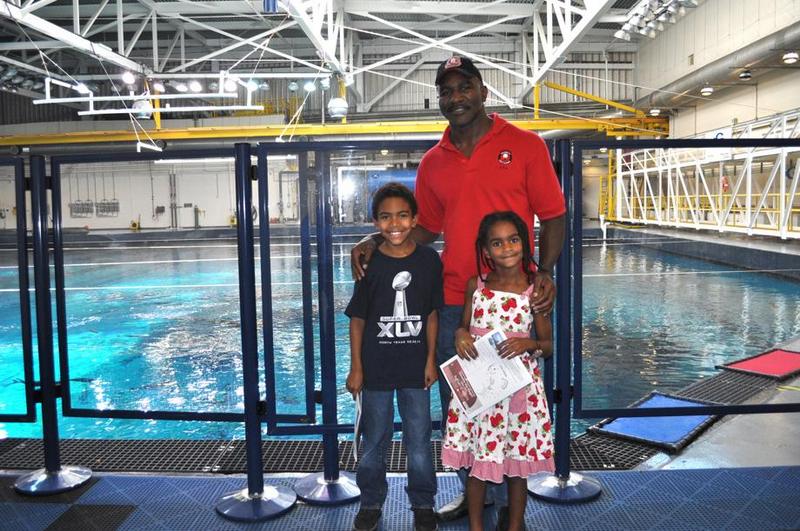