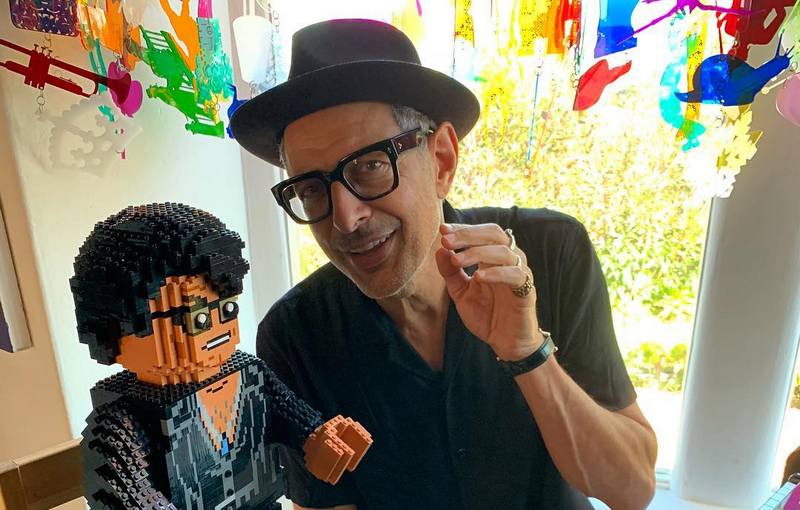 We all love Jeff Goldblum for his outstanding acting talent which he demonstrates in many movies, comprising Jurassic Park and Independence Day. Moreover, he is a musician, producer and director, whose short film Little Surprises gained an Oscar nomination in 1996.

Jeff Goldblum started his career with Broadway by appearing in Two Gentlemen of Verona musical and gained his first small movie role in Death Wish in 1974. He rose to prominence in 1986 after starring in The Fly and later played in such successful movies as The Grand Budapest Hotel and Thor: Ragnarok. Moreover, Goldblum continued his Broadway career and appeared in many TV series, including Law & Order: Criminal Intent. Additionally, he is a jazz pianist who recorded The Capitol Studios Sessions together with the Mildred Snitzer Orchestra.

The best way to understand a person is to have a look at his or her family. And so, let’s consider Jeff Goldblum’s relatives in more detail.

Keeping Jewish descent, Harold was a physician at Jefferson Center Hospital. By the way, before opting for the medical path, he wanted to be an actor but changed his mind. Harold was married to Shirley Goldblum, a mother of his 4 children, till his death in 1983.

Shirley was a homemaker who dedicated all her time to raising 4 children. When her kids became grown-ups, she became a sex therapist at school. Working also as a radio broadcaster, Shirley later created her own kitchen equipment and appliances sales company. Goldblum told that his mother forced him to take piano lessons as she was a music fan. A curious fact: Shirley thought that Jeff died when he became a victim of an internet hoax in 2009 about his falling off a cliff while filming in New Zealand.

Rick was Jeff’s older brother who died of kidney failure being only 23.

Lee is a real estate broker residing in Pittsburgh, PA.

Pamela is an artist and professor of Fine Arts at Loyola Marymount University. She also tried her hand at acting and appeared in her brother’s documentary Little Surprises. Pamela is married to Jeff Kaisershot.

Patricia is an actress who starred alongside Jeff in Silverado. The Jurassic Park star espoused Patricia on July 4, 1980, but their marriage was dissolved in 1986. 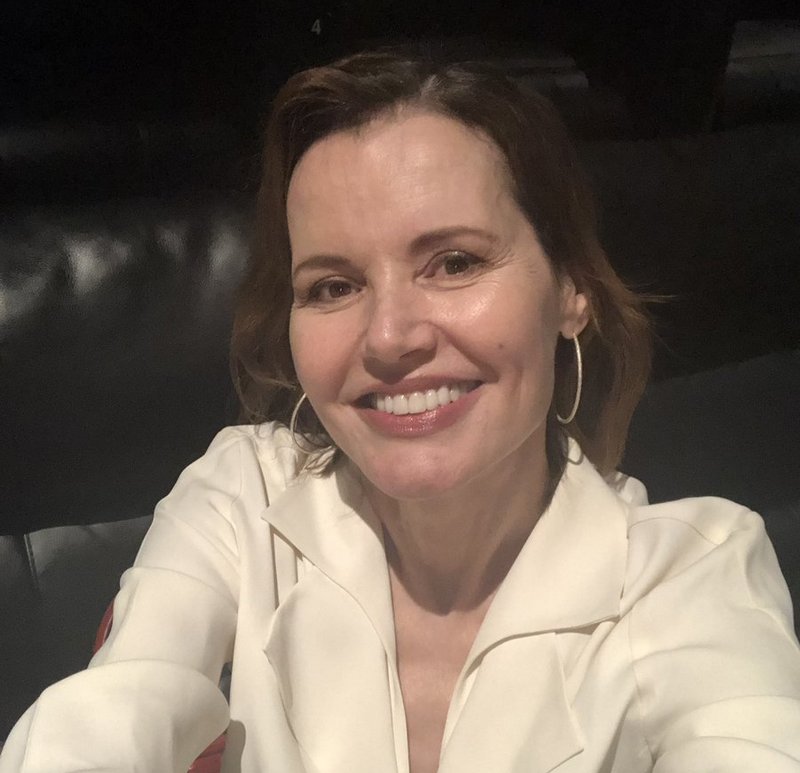 Geena also deals with acting and is famed for her part in Thelma & Louise. She met Goldblum while filming Transylvania 6-5000 and later, they played together in The Fly and Earth Girls Are Easy. Though they didn’t plan to get married, they made a spontaneous decision to tie knots while driving through Las Vegas on November 1, 1987. But their marriage was short-lived and ended in three years. By the way, Jeff is Geena’s second husband. Previously, she was married to Richard Emmolo. And after their divorce, she was a wife of filmmaker Renny Harlin before getting hitched to Reza Jarrahy, a father of her 3 children. 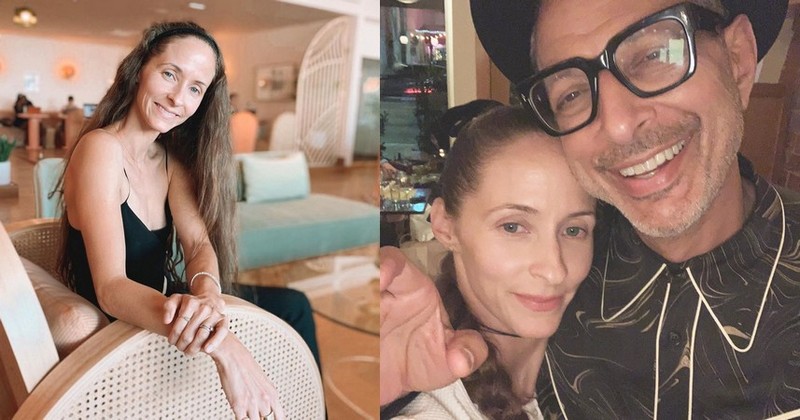 Emilie is a rhythmic gymnast and dancer from Canada. She was 3-time Canadian champion along with participating in the 2000 Olympic Games. Emilie and Jeff met at the gym in 2011 and the actor got obsessed with her. The couple got married on November 8, 2014, at Chateau Marmont hotel. Now, they are happy parents of two adorable sons. 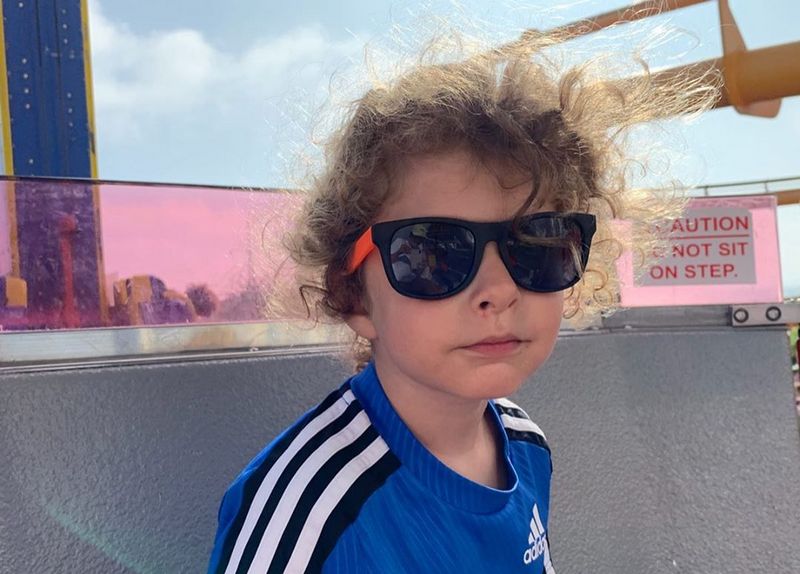 Charlie is Jeff’s firstborn whom he welcomed being 62 years old. He never considered having kids before he met Emilie. Now, the actor enjoys fatherhood and often shares photos with Charlie and his younger brother on his social media. 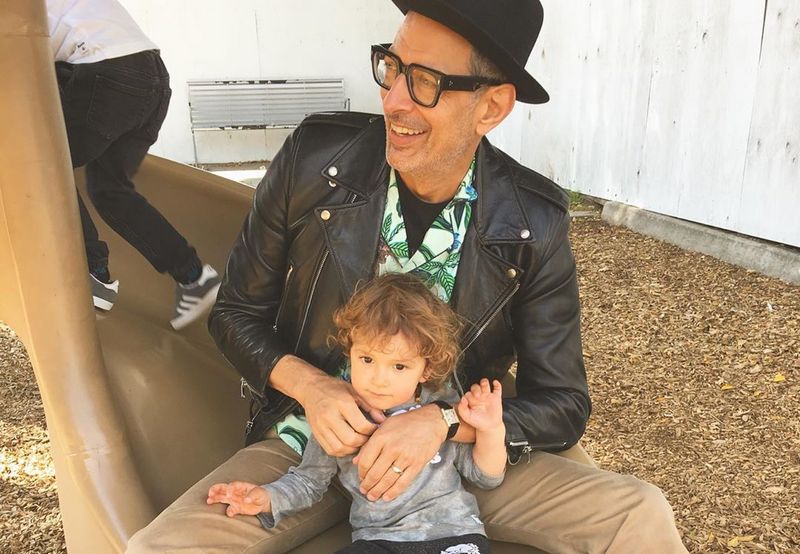 River is the younger son of the couple. He and Charlie accompanied their famed dad to the ceremony of getting a star on the Hollywood Walk of Fame. By the way, Emilie describes Jeff as a loving and passionate father.