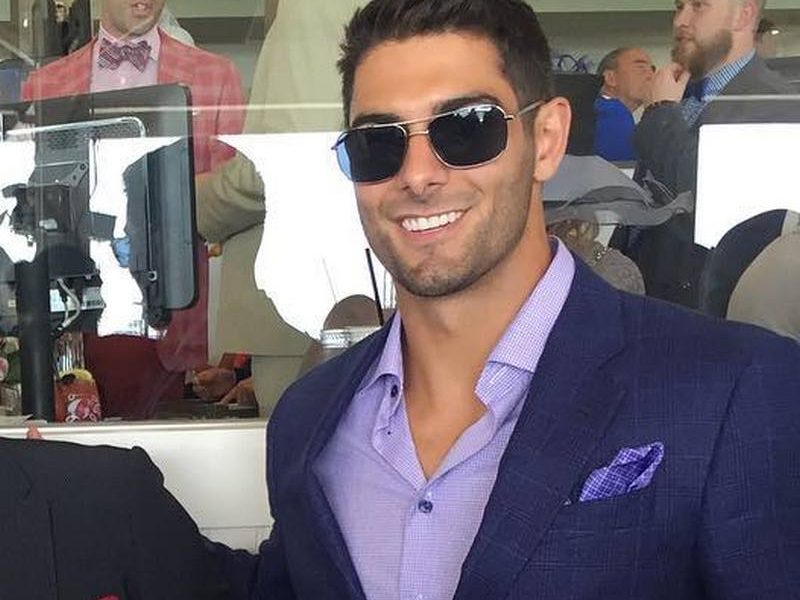 Jimmy Garoppolo is an incredibly talented and skilled American football player. He gained two Super Bowls and earned many individual awards, including Walter Payton Award and OVC Offensive Player of the Year.

Starting his athletic career with college football, Jimmy Garoppolo turned professional in 2014 after being drafted by the New England Patriots. Since 2017, he represents the San Francisco 49ers, which offered him the highest salary in the NFL.  In 2018, he was ranked as #90 at the NFL Top 100 Players list. Additionally, Garoppolo helps other people and takes part in charitable events.

Jimmy doesn’t speak much about his relatives. However, here are some facts, which we have found out about his family. 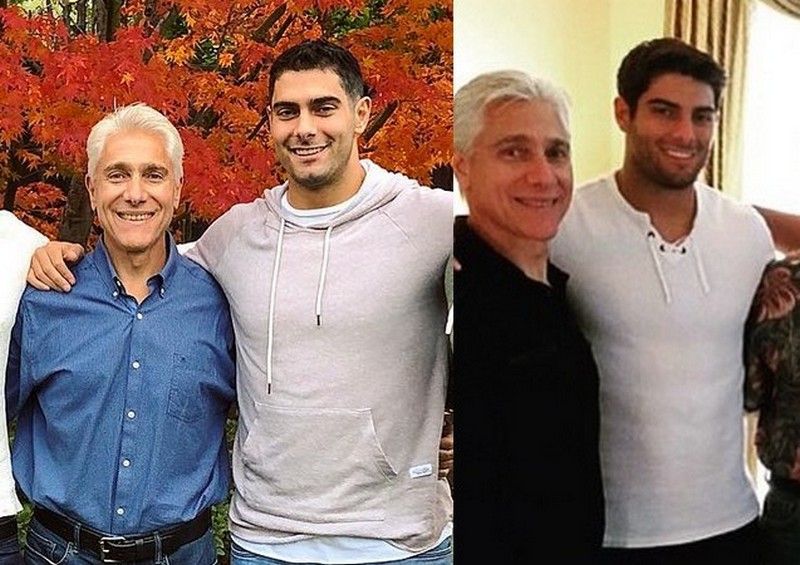 Tony keeps Italian ancestry and earns a living as electrician. The NFL player shared that his dad worked very hard and he even didn’t see him for some days as he went to work early in the morning and returned home late in the night. Tony’s example showed his sons that they would need to work hard if they wanted to achieve something. 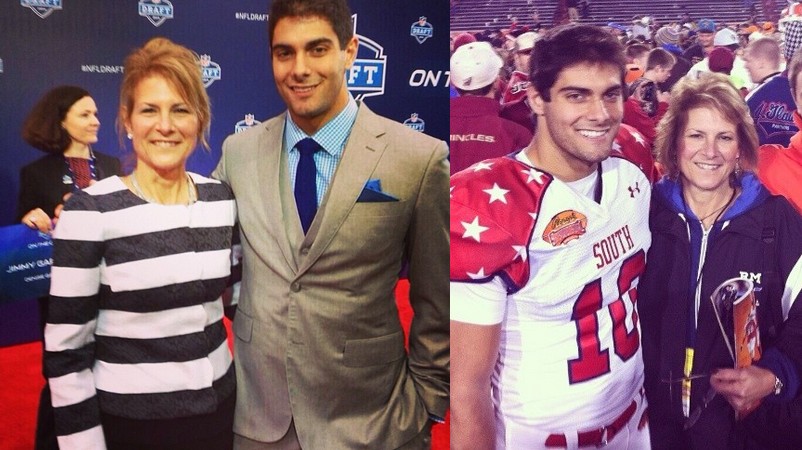 Like her husband, Denise also has Italian roots. She is a personal chef at Mindful Meals. However, she was a housewife when her sons were little. The woman is very close with Jimmy and even accompanied him to the red carpet at the 2014 NFL Draft. By the way, Denise and Tony, who tied knots in October 1985, visit any home game of their son’s team. 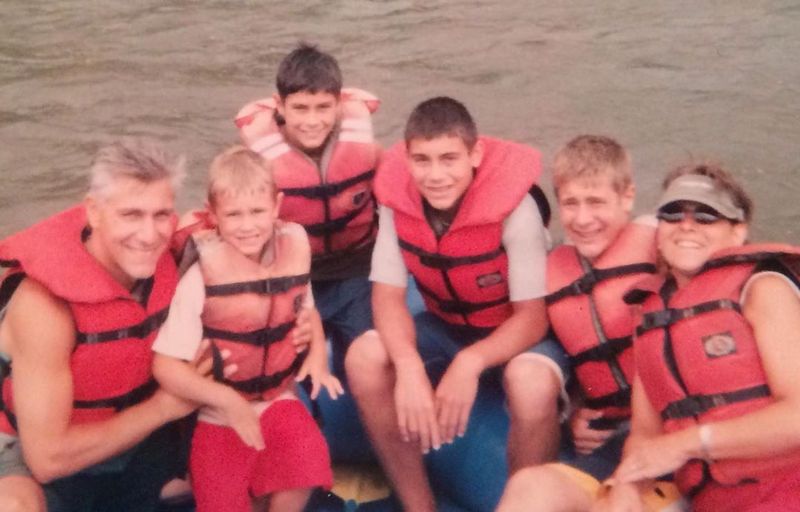 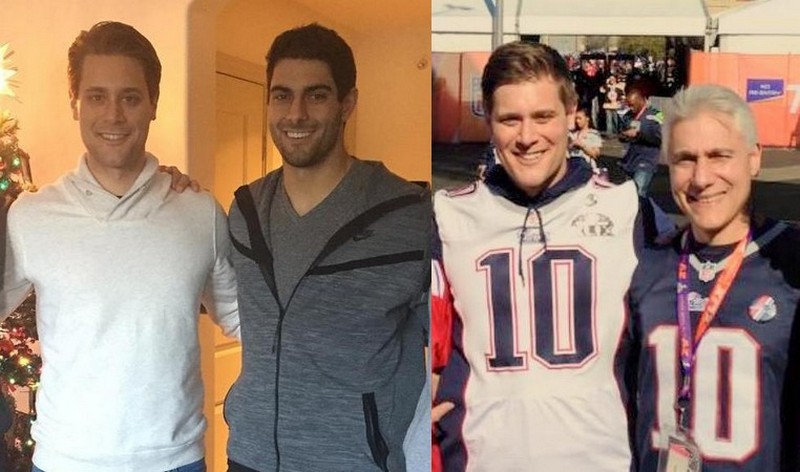 Being the eldest of four brothers, Tony was an offensive guard in high school. But later, he decided to become an architect. Today, Tony is a senior design professional at HOK as well as a member of the US Green Building Council and The American Institute of Architects. When Jimmy was signing a deal with the 49ers, Tony, his parents and younger brother Mike came to support the athlete. 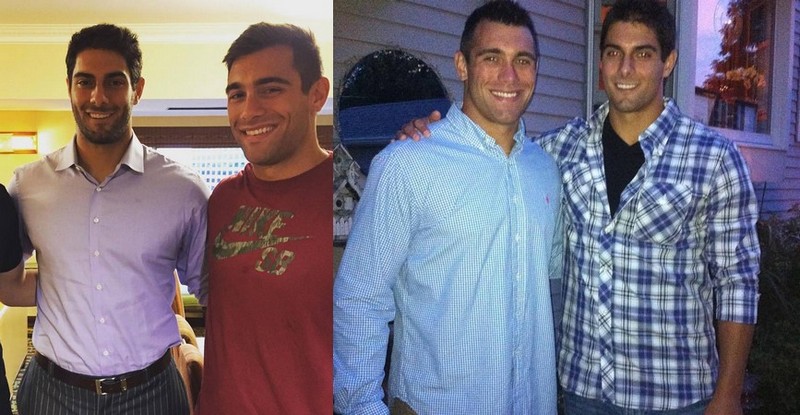 Mike is also older than Jimmy. He was a football coach as well as a physical education and health teacher at the Niles North for 6 years, but resigned after his brother signed a contract with the San Francisco 49ers to be close to Jimmy. Mike is in relationships with Briana Catanese. 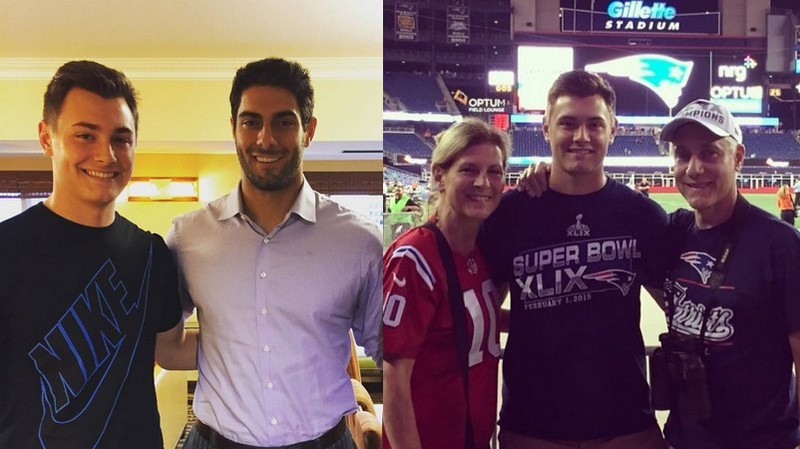 Billy is the youngest in the family. Being a high school student, he played football as a cornerback. Billy and Mike moved to the Bay Area to help their stellar brother to cope with the new way of life. Basically, the Garoppolo brothers are very close. They try to spend as much time together as possible and always share photos with one another on their social media. Jimmy has told that his siblings are very supportive and are the best. 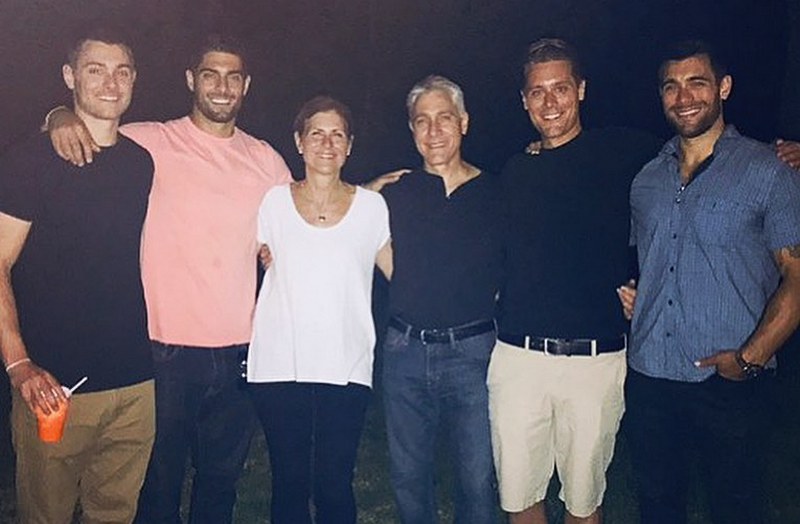 Jimmy hasn’t been married yet and he keeps his love life off the public eye. However, he was rumored to date adult movies star Kiara Mia and model Alexandra King.

Jimmy Garoppolo doesn’t have any kids yet.

What You Didn’t Know about Celebrity Chef Michael Symon’s Family?
Meet the sweet family of The Imitation Game’s Benedict Cumberbatch