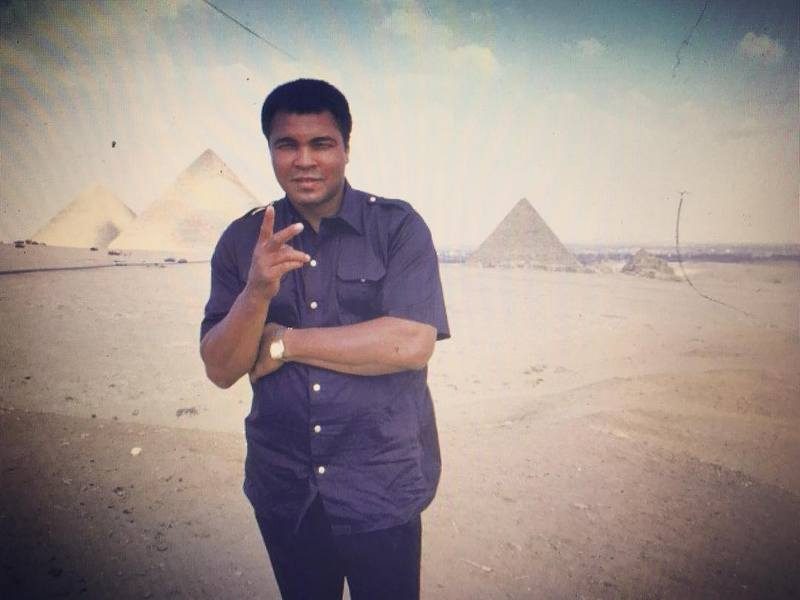 While he was alive, he dubbed himself The Greatest, a title no one ever argued with because Muhammad Ali was indeed one of a kind – the only man to hold the world heavyweight title three separate times. He is a boxing legend, a figurehead for racial equality and one of the most influential men in the history of sports.

He was born Cassius Marcellus Clay Jr. but changed his name in the 1960s when he converted to Islam. His faith eventually played a key role for the rest of his life. Ali died at a hospital in Phoenix where he had been hospitalized following respiratory complications of Parkinson’s disease (he had been diagnosed with the disease since the 1980s).

It is not hidden that Muhammad Ali is one of the greatest boxers of all time but his life was not just about the dangerous sports. He had a family and with all the historical impact he made during his lifetime, his true legacy resides in his children and the good works they do in the community. Keep reading to know more about the ex-wives and children to ‘the Greatest’.

Muhammad Ali was married 4 times and had 3 baby mamas. 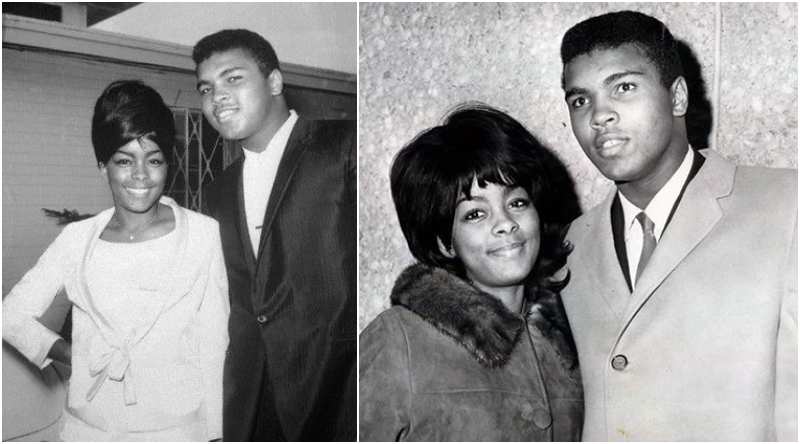 She was a cocktail waitress and is most known as the first wife to the renowned legend. Their union was very short (due to religious conflicts) and they never had kids together. She eventually had a child named Herman Griffin and was married a second time to attorney Reynaldo Glover. She died from cancer. 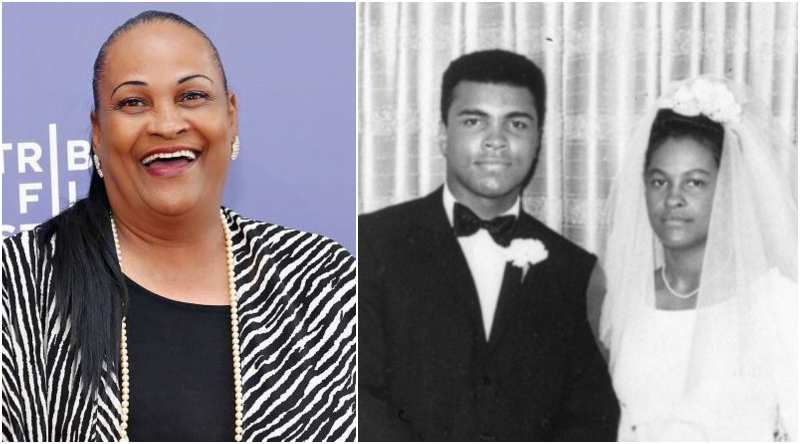 Khalilah was formerly known as Belinda Boyd and like her ex-husband; she was also a martial artist. Before Muhammad, Belinda was formerly married twice; first to Antar Ali then to Rene Gonzalez Camacho. She is also an actress known for The China Syndrome (1979). She gave birth to 4 kids while being married to Ali. 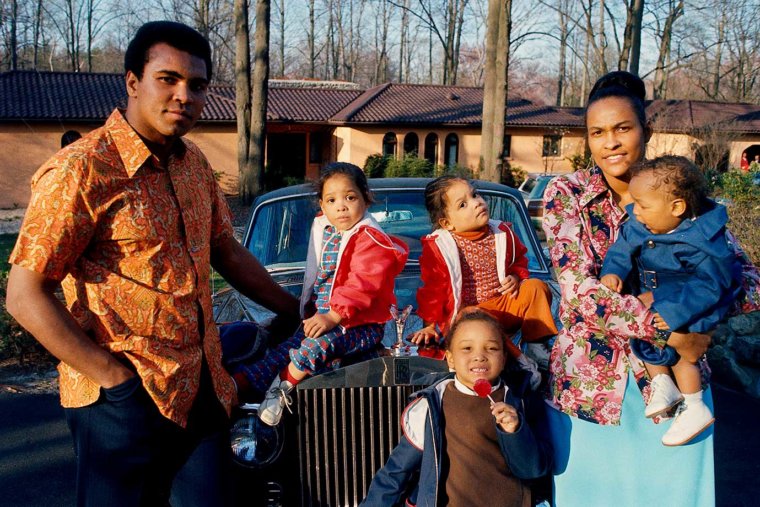 Muhammad with Khalilah and their 4 kids

She was never married to Muhammad but was one of his girlfriends. Ali was in his second marriage while the affair with Harvell lasted and it ended with the birth of a love child Miya. Not much is known about Patricia, she pretty much lacks a public profile outside her name.

She met the famed boxer in the early 1970s and their affair led to the birth of Klaliah Ali-Wertheimer. 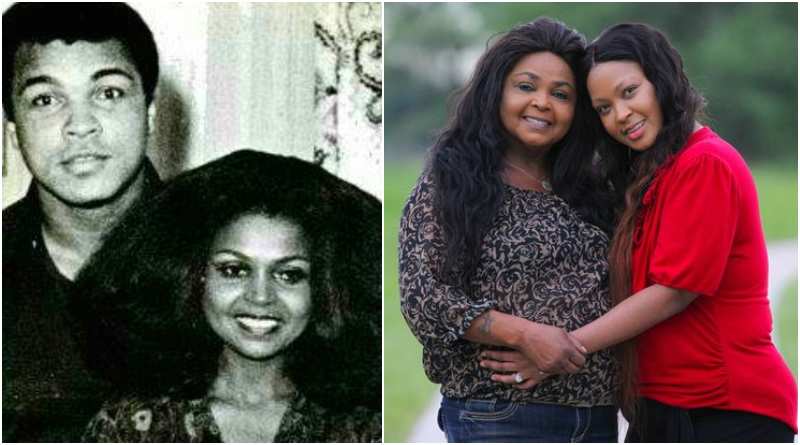 All we know about is that she is the mother to one of Muhammad’s alleged kid, Kiiursti. Kiiursti claims that the late icon met Barbara when she was only 17 years and they were involved in a romantic relationship around that time. 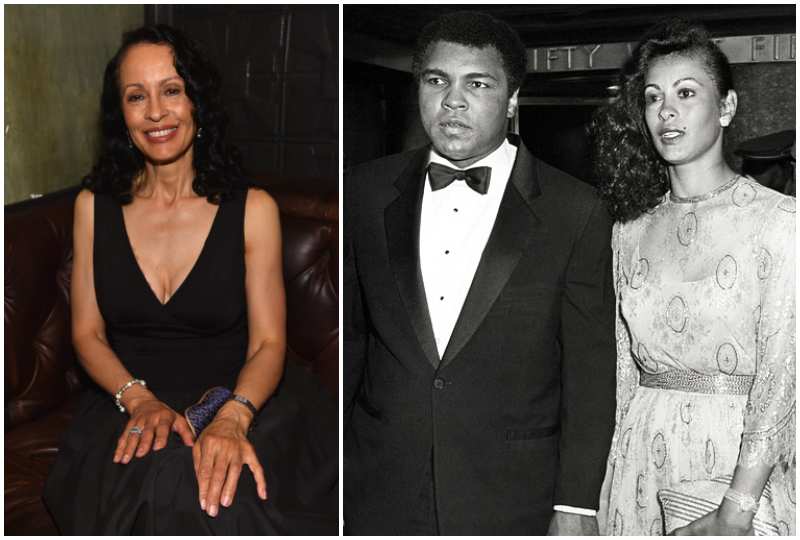 Ali had an affair with Veronica while he was still married to his second wife Belinda and eventually married her after his second divorce. While they were together, Veronica had two daughters for the late icon. She is a former clinical psychologist and in May 2007, appeared with her two daughters on Dancing with the Stars. 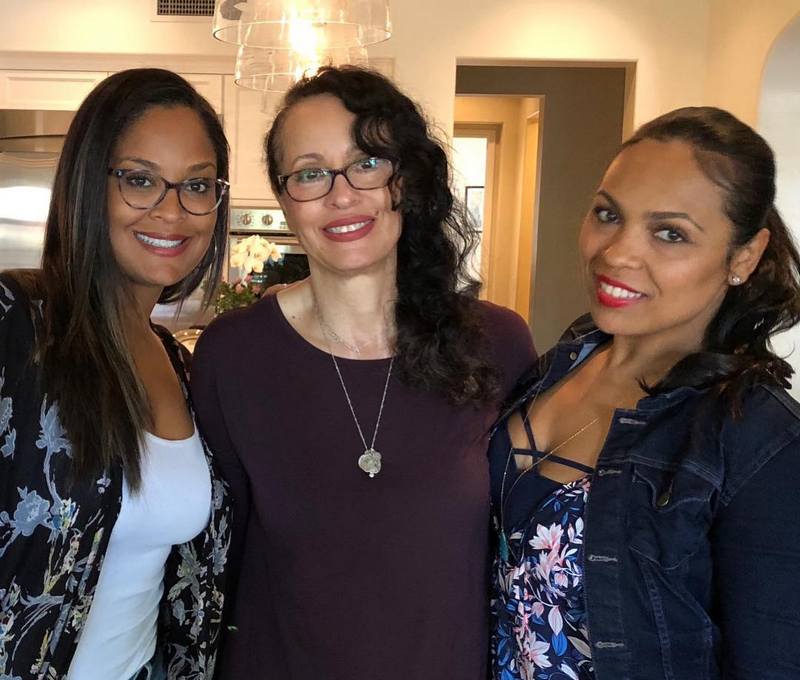 Veronica Porche Ali with her 2 daughters 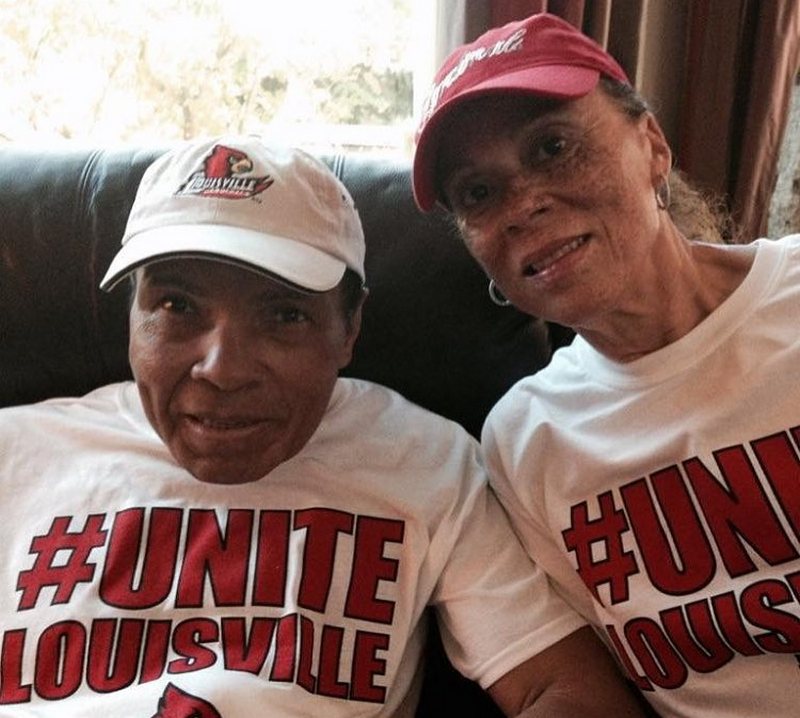 Yolanda Williams had been Muhammad’s best friend for several years but their relationship eventually took a new turn in 1986 when they were joined officially. They never had a biological child together but their union lasted the longest of all Ali’s marriages and he was with her up until his death in 2016. 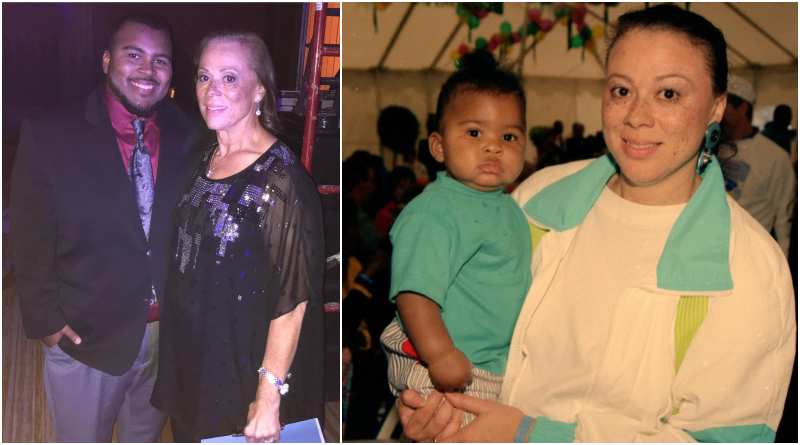 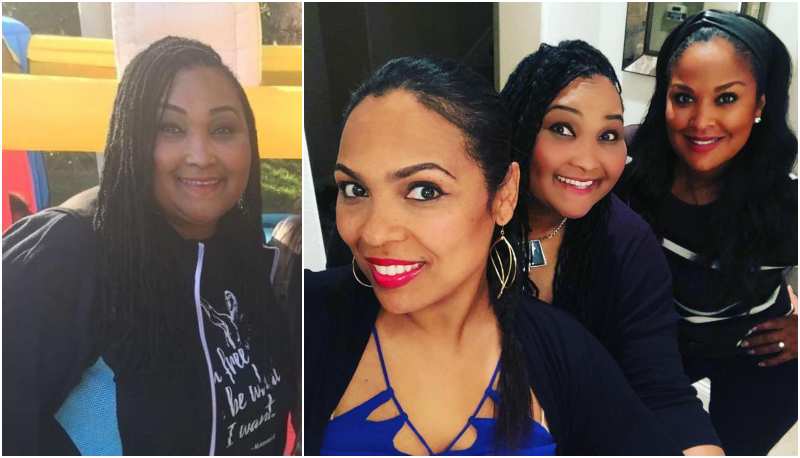 May May as she is fondly called is the eldest child in the Ali family and she was born from her father’s second marriage. She is a stand-up comedian who also tried her hands on rap before deciding to pursue a degree in social work. 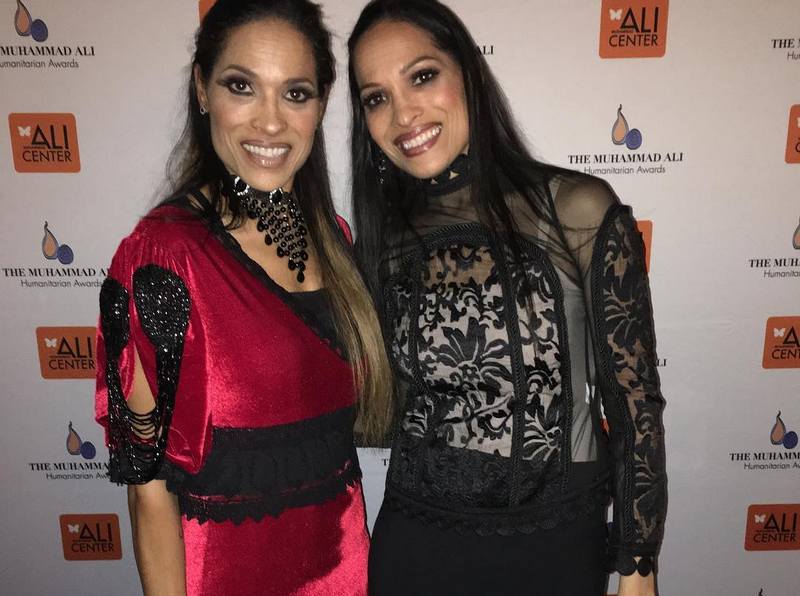 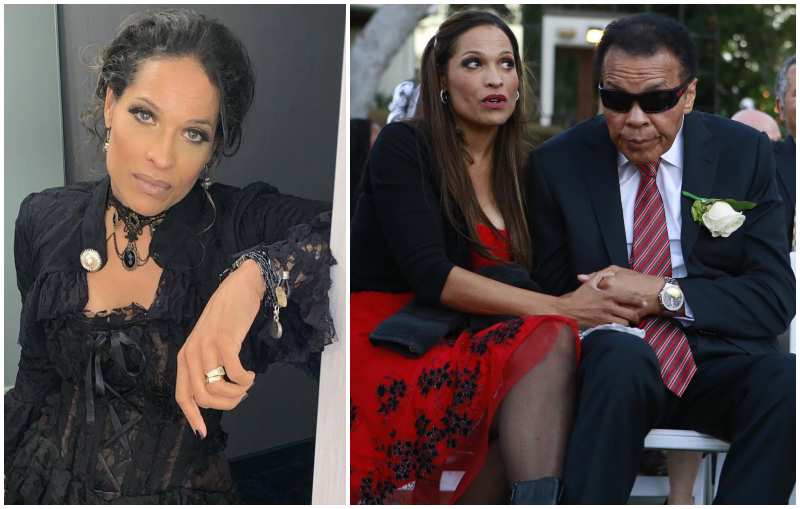 Jamilah on the other hand has been married to former prize fighter Michael Joyce since 2010 and they are both parents to Jake Joyce. She once worked for Illinois Secretary of State’s Office and remains close to her twin sister till date. 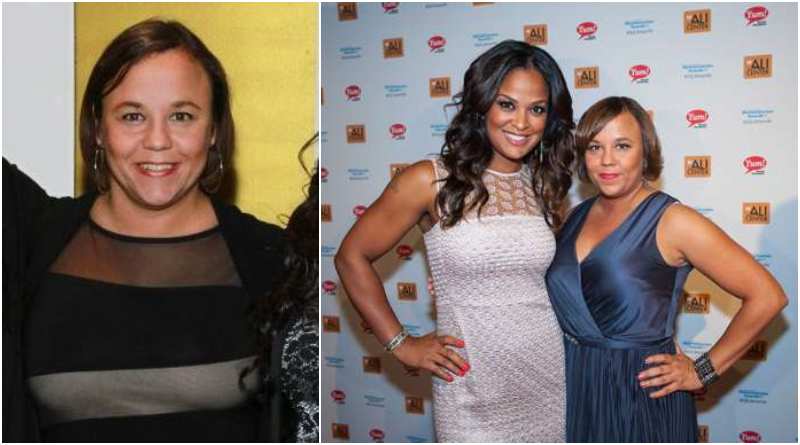 Patricia was never married to the great Ali but she was one of the few women he had an affair with that resulted in the birth of a love child. Miya was born while the legendary sportsman was married to Belinda meaning the affair was around that period. 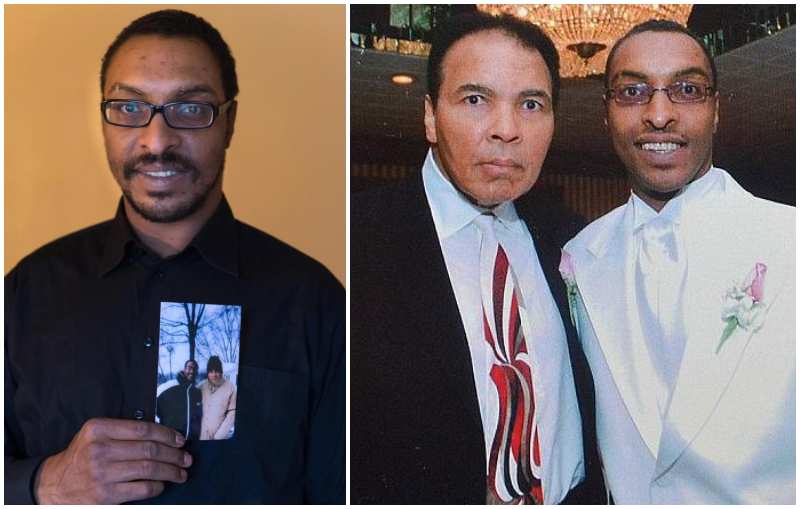 He is the fourth child to the great star and also the only biological son born to Ali. Muhammad Jr. has a wife named Shaakira and they are both parents to Amerra and Shakira. 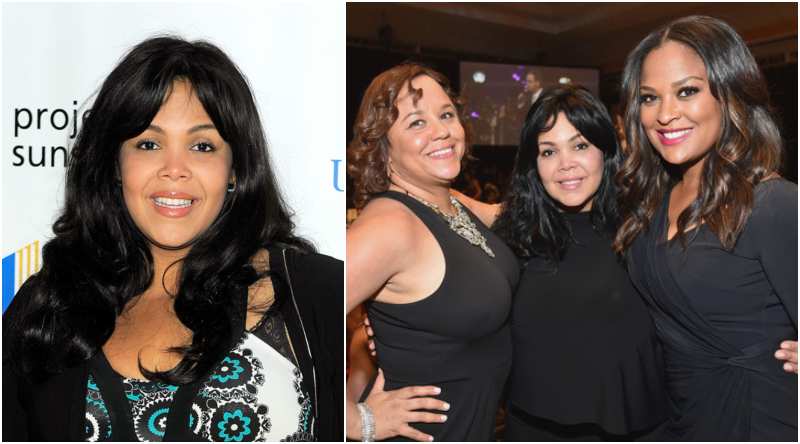 She was another love child while her father was in his second marriage and is now a mother to Jacob Wertheimer from her marriage to Spencer Wertheimer. Khaliah struggled with obesity since she was a child, this prompted her decision to have a surgery; since then, she has been an advocate for healthy eating and living. Khaliah is also a designer, author and real estate agent 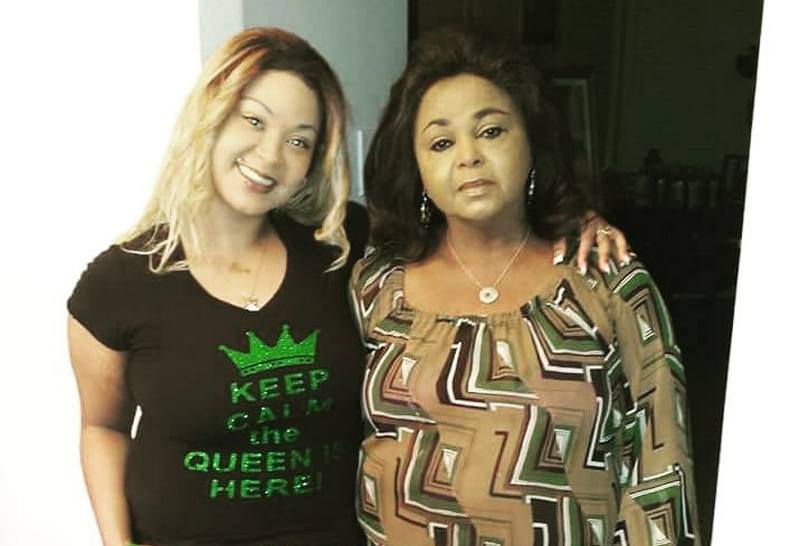 She is yet another love child to the late success icon. It was originally thought that Ali had nine kids but Kiiursti claims to have proof in a paternity test, she even blamed Lonnie (Muhammad’s widow) for cutting her out of her father’s life. 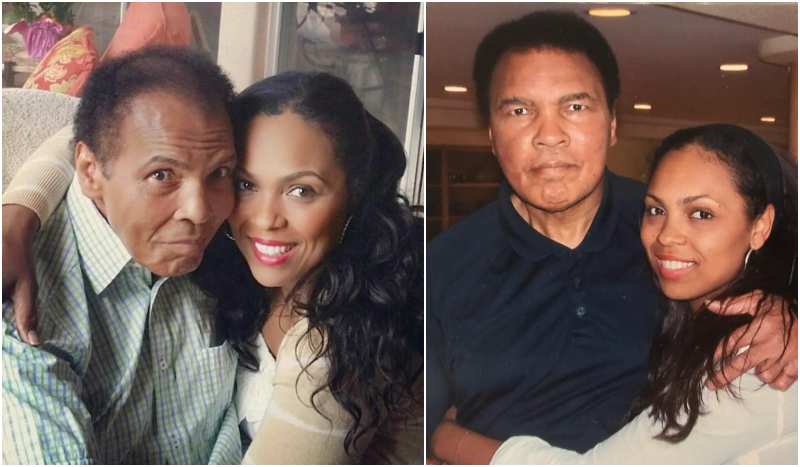 She is the first child Muhammad had from his third wife Veronica. In 2004, Hana co-authored the book The Soul of a Butterfly: Reflections of a Life’s Journey with her late father. She has also worked as a freelance writer for CNN. Since 2013, she has been married to mixed martial artist Kevin Berryman Casey Jr. 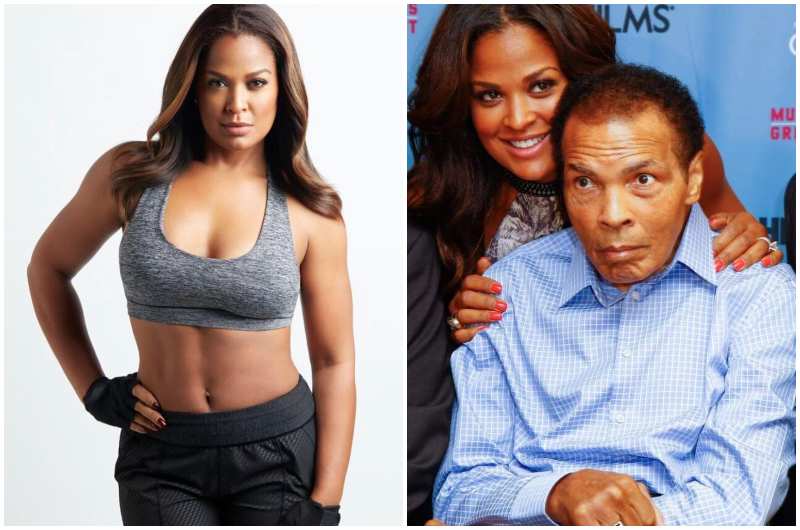 Of all the Ali kids, Laila is the only one who pursued boxing as a professional career, making her the most known offspring though youngest daughter of the late champ. Her father was initially upset as regards her choice of career because of the dangerous nature of the sports but after several fights, he eventually let her be.

Her first marriage was in 2000 to Johnny “Yahya” McClain but they were only five years into their union when she divorced and on July 23, 2007, she was joined to Curtis Conway, former NFL wide receiver for the Chicago Bears. They have two kids; Curtis Muhammad Jr. (born August 26, 2008) and a daughter named Sydney (born April 4, 2011). Laila is also a step-mother to Curtis’s children from his previous marriage; Kelton, Leilani and Cameron. 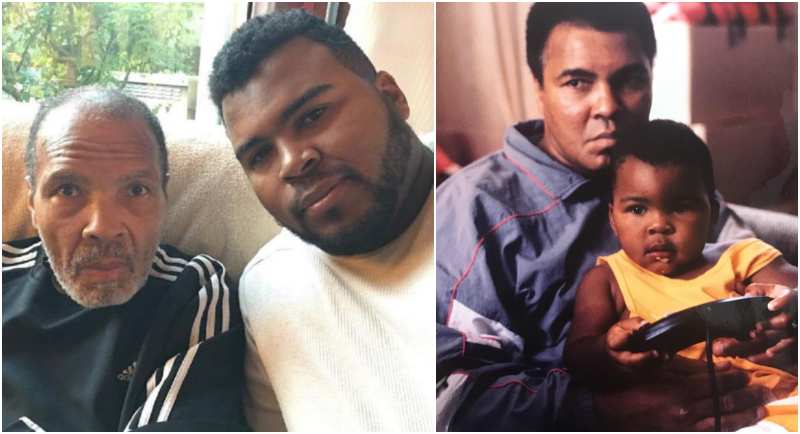 Asaad is best known as the youngest son to the late legend. He was adopted by Muhammed and his wife Lonnie when he was only five months old and remained their youngest child till Ali passed. Amin is a great athlete in his own right as he was a former catcher for the L.A Angels Major League Baseball team. 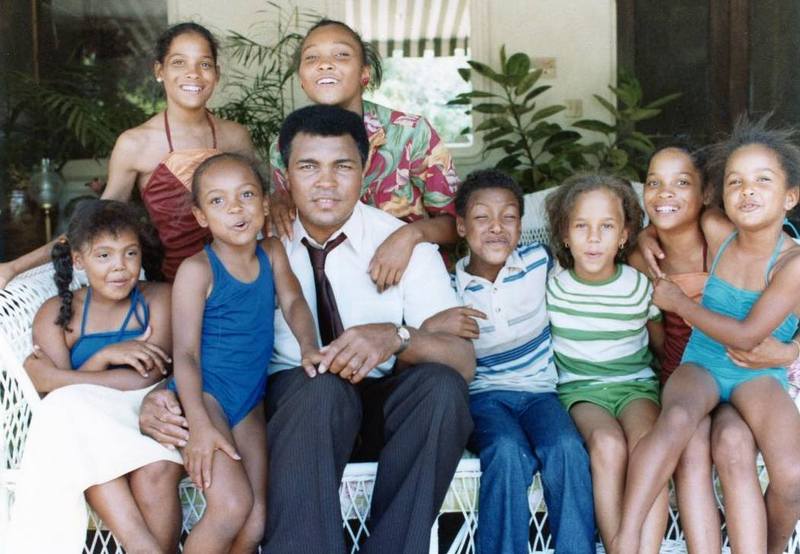