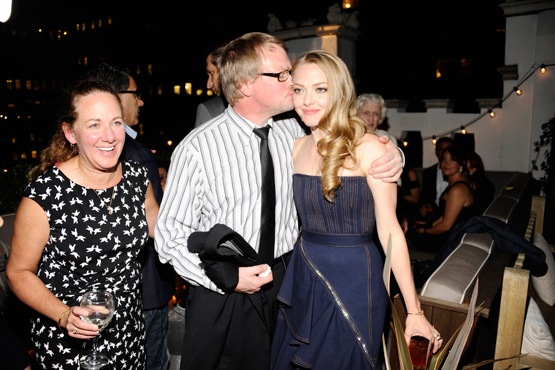 She wanted to study meteorology and become a singer, but a career-changing film role influenced her plans forever.

Amanda Seyfried is a successful actress from Pennsylvania. But before acting she became a model and started her modeling career at the age of eleven years old. She could be seen on the covers or fashion pages of major magazines. Because of her great look she was invited to different auditions and has gotten her first role at the age of fifteen. Amanda got her world recognition for her great play in Mean Girls and musical Mamma Mia. 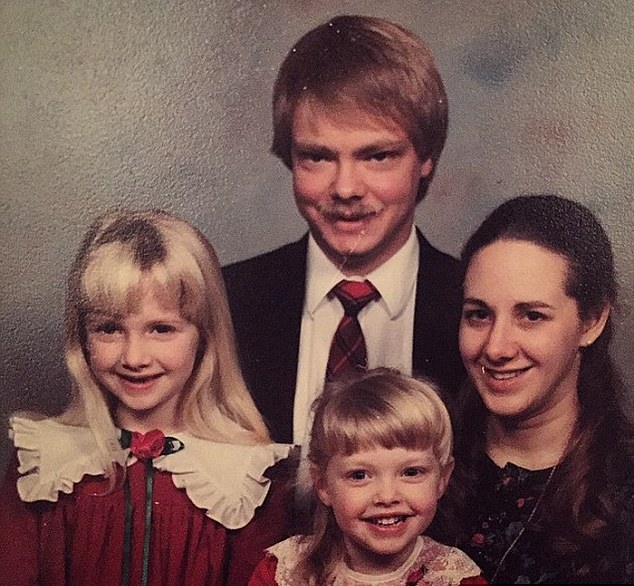 Except of playing the lead role in famous Mamma Mia, Amanda also got a chance to sing one of the main songs of the film called Gimme! Gimme! Gimme!. After this major debut Seyfried has got lots of new propositions to perform. The busiest years in her career were from 2010 till 2011, during which played lead roles in such movies like Dear John, Letters to Juliet, Red Riding Hood, In Time. Let’s find out more about Amanda’s family. 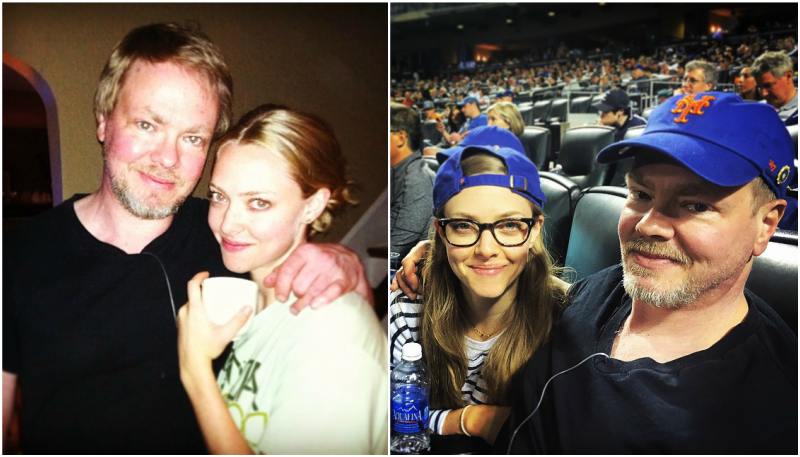 Jack Seyfried used to help Amanda with memorizing all her lines before the auditions. And once he gets a chance to do a real acting with his daughter during the set of Red Riding Hood, where he played a villager. Amanda admitted that his father has got a real secret talent and could have had a successful acting career. She also added that it would be great for her father to play with her together in future movies one day. 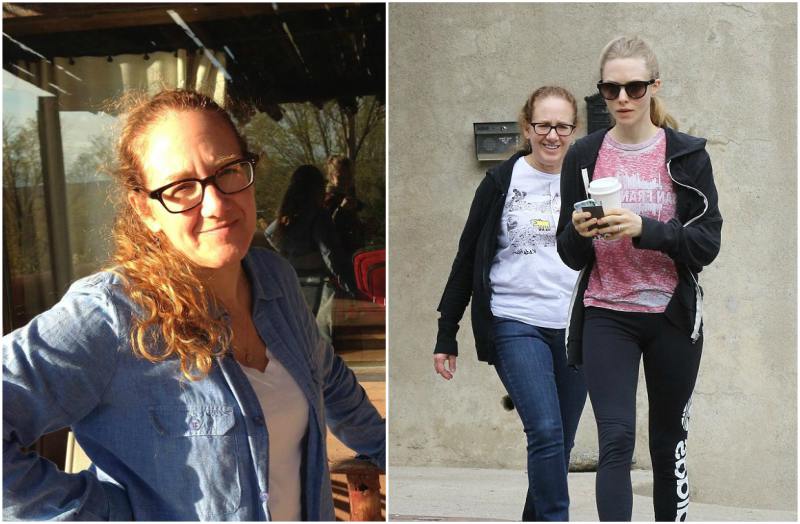 We know that Ann Seyfried worked as therapist. She is in tight bound with her daughter, Amanda. They are often seen together when shopping or just hanging out. By the way, Amanda`s 30th birthday was celebrated with her very loved sister and mum. 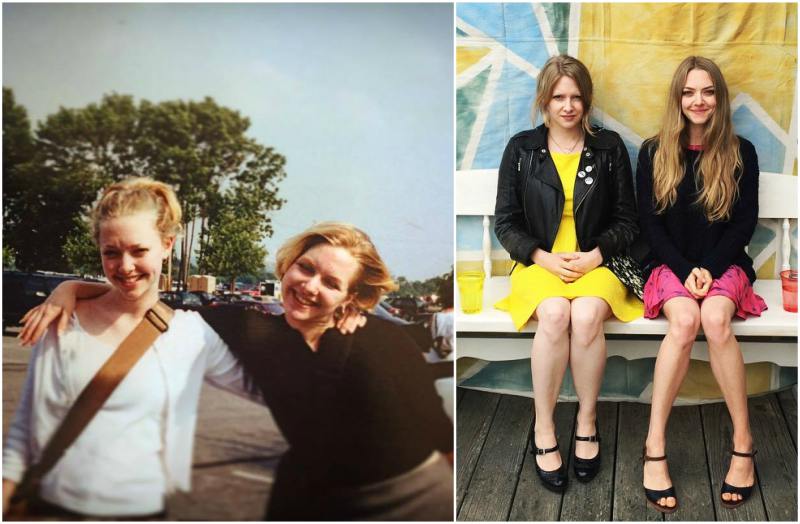 Jennifer Seyfried is a musician, playing in organ-driven rock group ‘Love City’ and a personal assistant of her younger star sister Amanda Seyfried. Jennifer is a three and half years older than her sister, but they are very close, like best friends. Jennifer moved out to Los Angeles in order to be closer to her sister, to keep track of her schedule and help with the other important things. Amanda also proposed to host and do all the planning for Jennifer`s wedding. 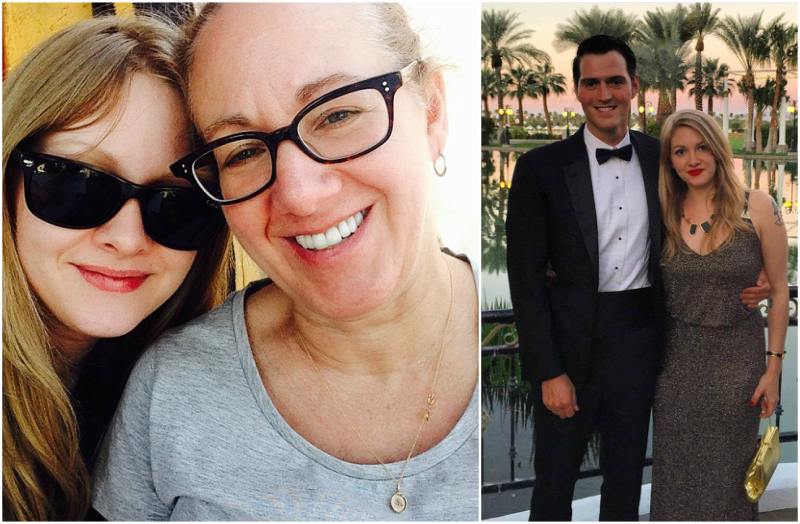 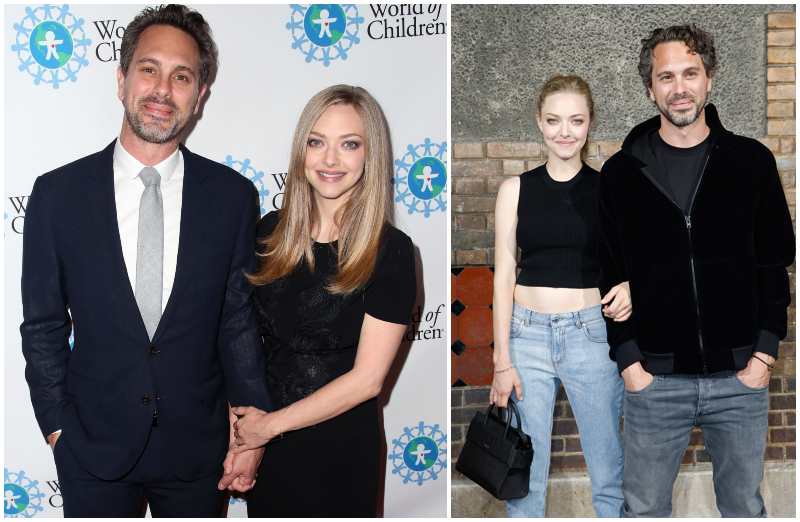 He is an American stage, film and television actor. Sadoski made his feature film debut in Amy Heckerling’s romantic-comedy Loser (2000). He is best known for his roles as Don Keefer in the HBO series The Newsroom (2012 – 2014) and also as Matt Short in the CBS sitcom TV series Life in Pieces (2015 till present).

Thomas was first married to casting director Kimberly Hope for 8 years and after their October 2015 divorce, it took another two years before he walked down the aisle again; this time with the Mamma Mia (2008) actress. Seyfried and Sadoski met on the set of The Last Word (2017), started dating in early 2016 and by September 12 that same year, they had confirmed their engagement. The wedding date was fixed in no time and preparations were made towards the ceremony so that by early 2017, they had begun their journey to forever. 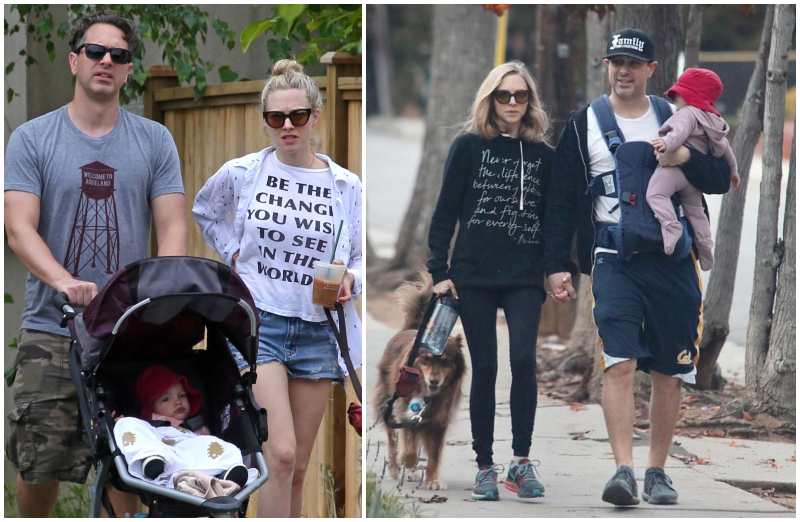 Since her baby arrived, Seyfried says her life has changed. She added that being a parent now makes her appreciate things in a way she never used to in times past. The actress also added that her pregnancy came as a surprise but they definitely welcomed the great news.  Till date, the Seyfried-Sadoski couple have still refused to disclose the name of their little munchkin.

The first few days post-delivery were pretty tough for the Les Miserables (2012) star especially when it was time to feed her baby. Within less than a week, Seyfried said she was ready to quit breastfeeding as it was a searing pain and she couldn’t get a good latch. The first-time mom also suffered from mastitis, a painful infection of the breast tissue but as she went further into motherhood, she mastered the art and now knows what works for her baby girl.

Just months after baby Sadoski arrived, Amanda was back on set again filming Mamma Mia! Here We Go Again (2018) the sequel for the first movie. She said the role was exactly what she needed as she was super excited to be back to the big screen again after having a baby.

On September 28, 2020 the couple announced the birth of their second child, a cute boy.