Child movie star Brooke Shields: From her unconventional childhood to her career and present family 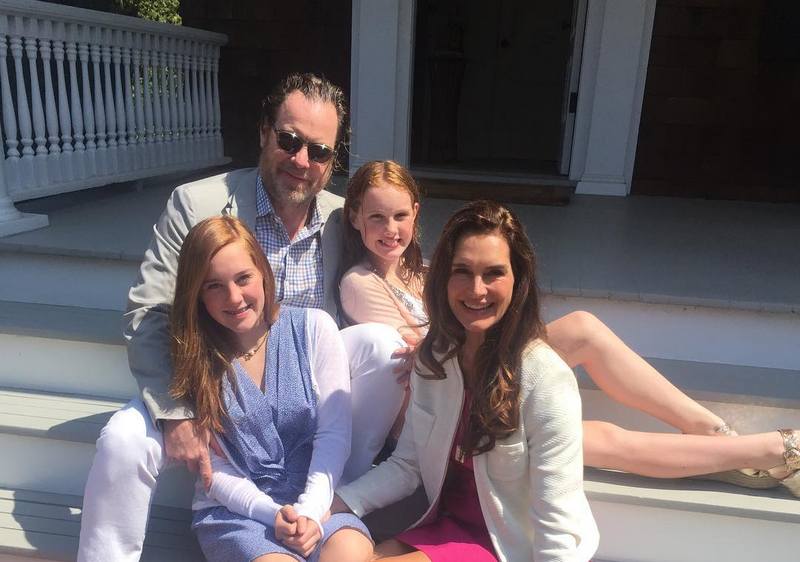 Child movie star Brooke Shields: From her unconventional childhood to her career and present family

Shields was literally made for the screen as at 11 months, she was already famous for her first Ivory Soap Commercial. She first posed nude at the tender age of eight and was barely a teenager when she modeled for Playboy. As she grew up, she wanted to be taken seriously but Brooke Christa Shields remained a symbol for the loss of child innocence.

The Lipstick Jungle (2008 – 2009) star has however shown herself to be a strong woman as she has successfully continued to re-invent herself throughout her life. She is an advocate for the mental and physical health of young girls and is a mother to girls also. Keep on with this article to know more about the beautiful actress, her birth family and her love life. 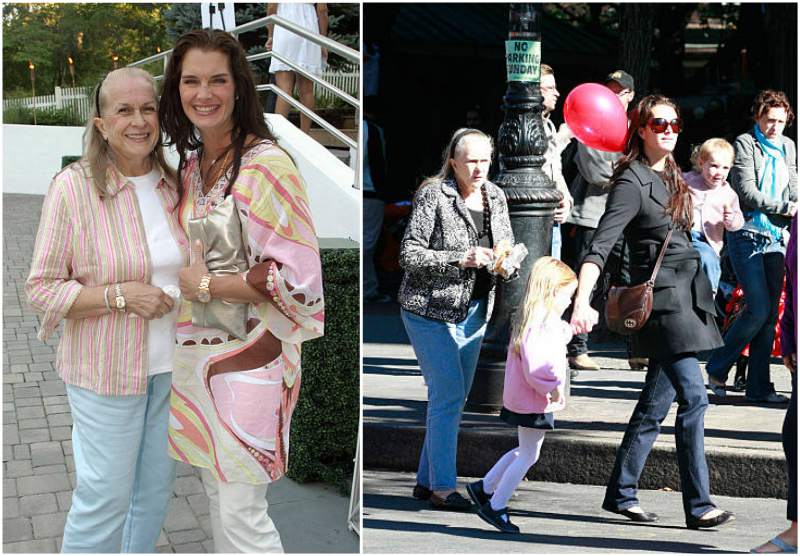 One person that always wanted Brooke to be in the spotlight is her mother. Theresia was a bus driver’s daughter from New Jersey and the Blue Lagoon (1980) star was her greatest creation. As soon as she saw that her child was welcomed in the media world, it became both of them against the world. Teri was not only the mother of Brooke but also her manager for many years.

Teri was a lifelong alcoholic who was never really sober. She was severally slammed for putting her young daughter into provocative turns but she never really cared about the accusations. All that mattered to Teri was that her daughter was in the spotlight even though she had no career plan for the young Brooke.

She is the reason behind Brooke’s troubled childhood as the young girl’s unhappiness was rooted in her mother’s dependence on alcohol. Shields says she felt abandoned by her mother and Teri kept on abusing her emotionally. For a long time, the famous Shields was a puppet to her mother’s desires and she never really had a say in her own life. 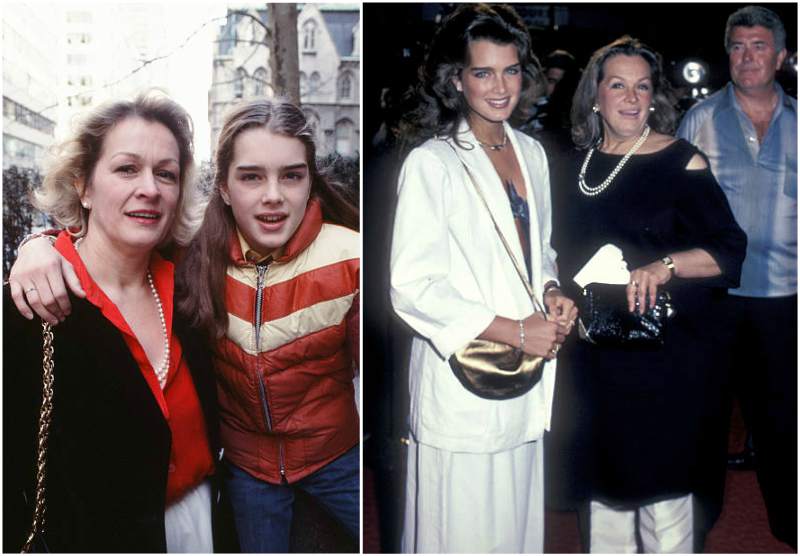 Brooke eventually had to leave her mother and get a new manager. After Teri passed on, the mother-of-two wrote a book “There was a Little Girl” that revealed all that happened between her and her alcohol-addicted mother. Teri died at 79 following a long illness related to her dementia. 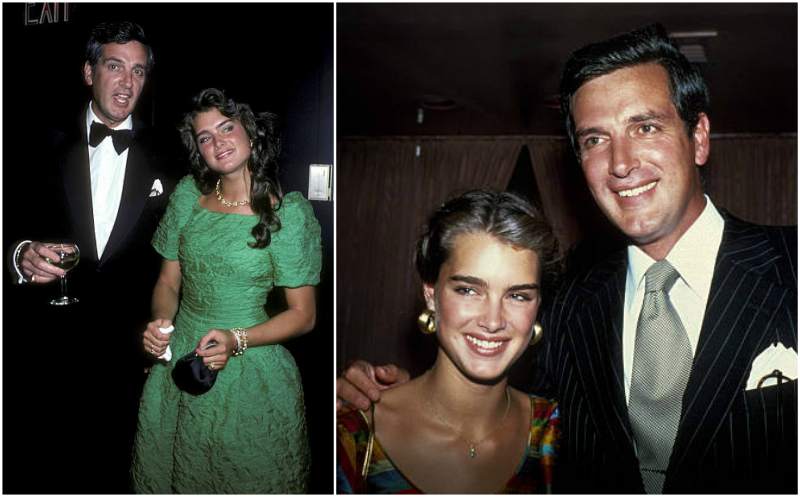 Frank was the gorgeous and educated father who came from an aristocratic family. So many people wonder why he married Teri in the first place as they belonged to different societal class. A year into their marriage, Brooke was born but after her birth, Frank could not remain in the marriage. In 1966, he divorced Theresia and left her to singlehandedly raise their 5-month old child. 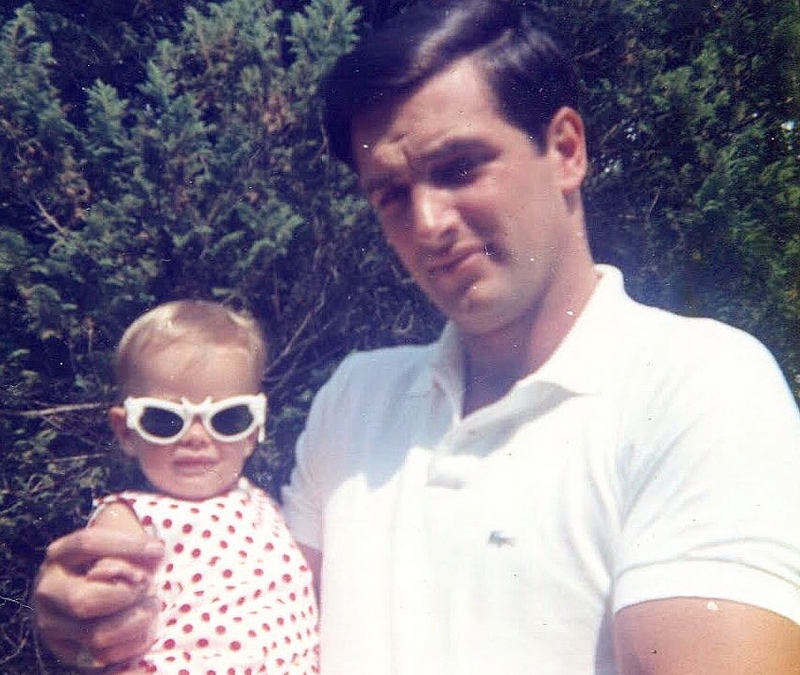 In 1970, Frank re-married Diana “Didi” Lippert, the former wife of Thomas Gore Auchincloss. She had a son before marrying Shields and during their marriage, had three more daughters with the businessman. Francis died of prostate cancer at the age of 61. 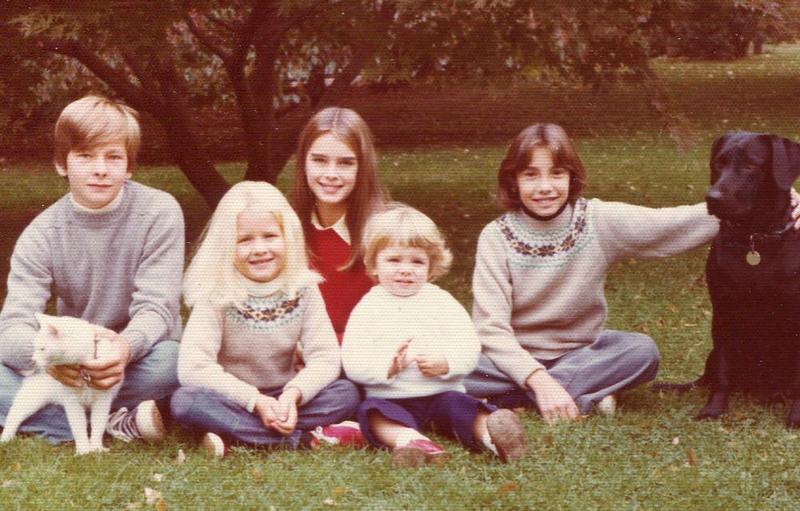 He was born to Frank’s second wife from her previous marriage to farmer Thomas Sr. 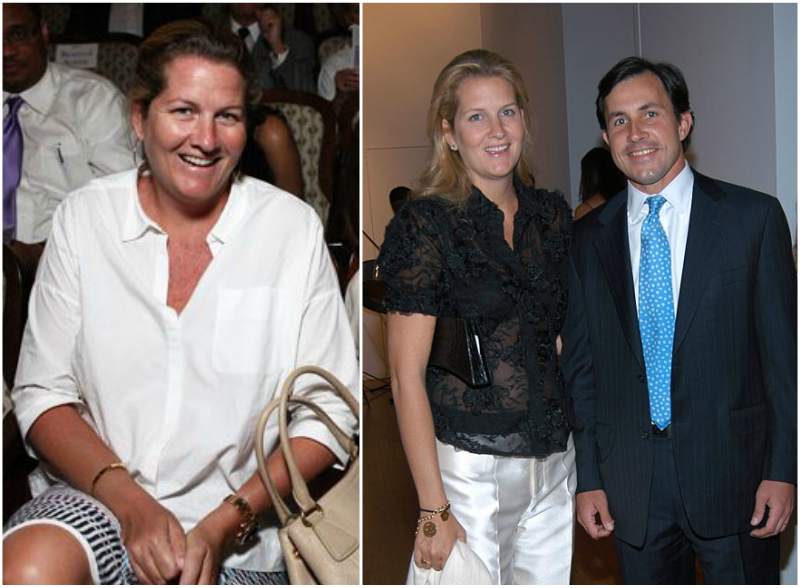 She is the first child Francis had with his second wife Diana. 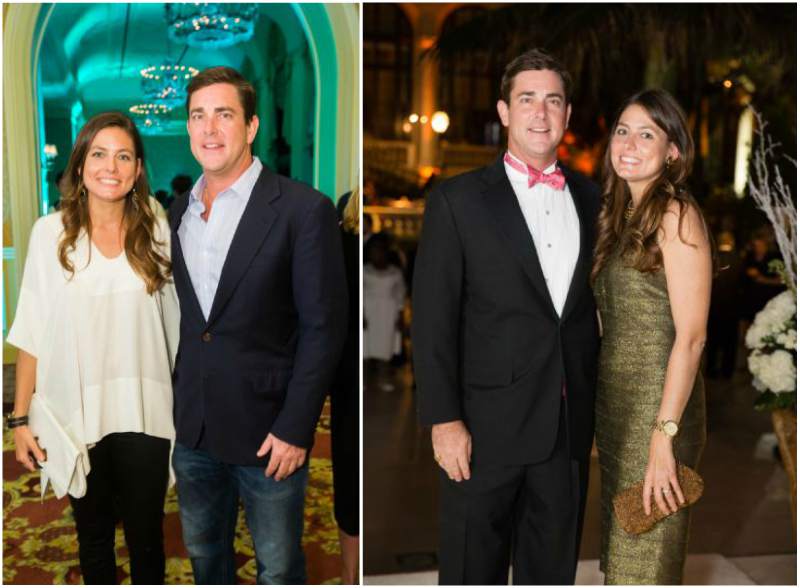 Olympia is the other sister to the movie star but very little is known about her. 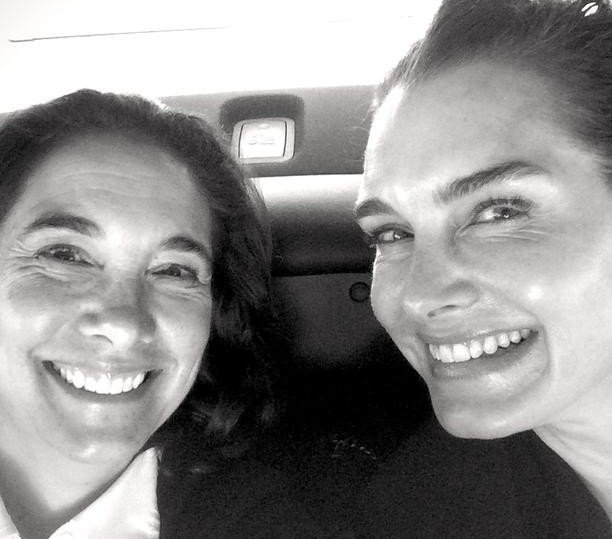 Christina has forged her own identity for herself. She is not just a star’s sister but is known for her custom jewellery ad her love for animals. When she was seven, Christina ran a successful lemonade stand and continued on with her entrepreneurial spirit as she grew.

Burdened by adult-sized anxiety, she struggled in school with her learning disability. She was never good at maths or science and teachers compared her endlessly with her other siblings with better grades. Christina says she maintains a close relationship with Brooke till date. 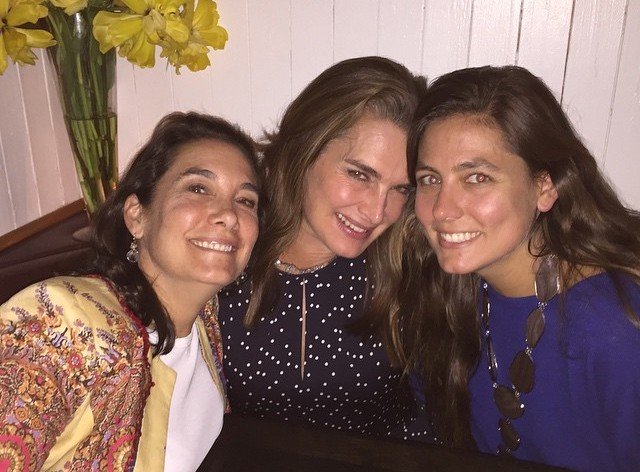 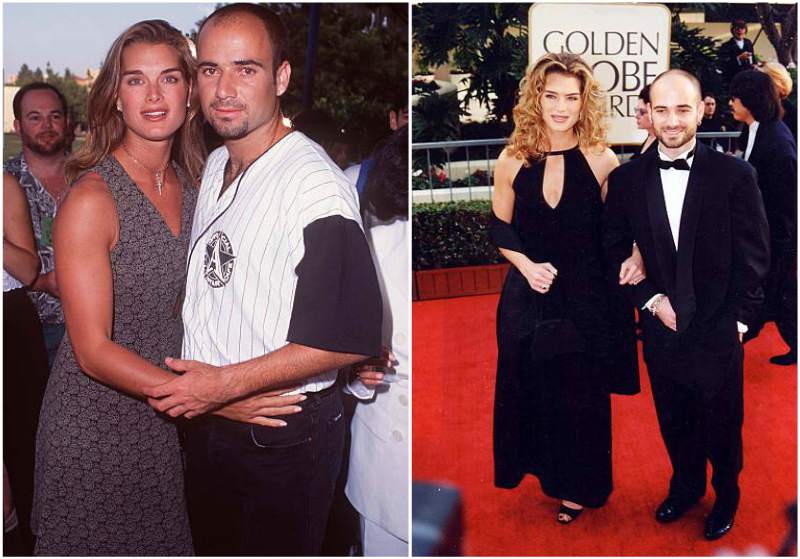 Agassi is a former world renowned tennis player. In the 1990s, Andre was on the list of the most recognized tennis players in the world. He was so successful that several critics refer to him as the greatest male tennis player of all times.

In the early 1990s, he was with American entertainer Barbara Streisand but they never got married. In 1997, the great tennis player married Brooke but their union was short lasting. They had not even become parents before things turned bad and they split after just two years of marital union.

After his divorce, he found love with German tennis player Steffi Graf whom he married in 2001. They are now parents to Jaden Gil (born 2001), and Jaz Elle (born 2003). 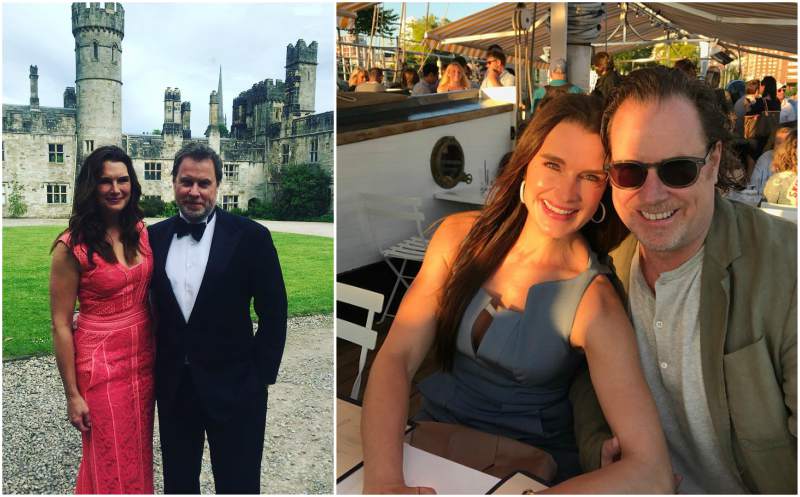 Duration of Marriage: April 4, 2001 till present

Christopher Thomas Henchy is a screenwriter and producer. He has been in love with the arts since he was much younger but received a degree in finance from the University of New Meixico. After becoming a professional financier, Chris went to work on Wall Street but did not find fulfilment there so he left and decided to give comedy a trial.

From writing monologue jokes, Henchy advanced to producing sitcoms until he met Shields in 1999. They became engaged in July 2000 shortly after they started a relationship and in 2001, sealed their relationship legally. What she could not do with Agassi, she finally became with Henchy – a mother! 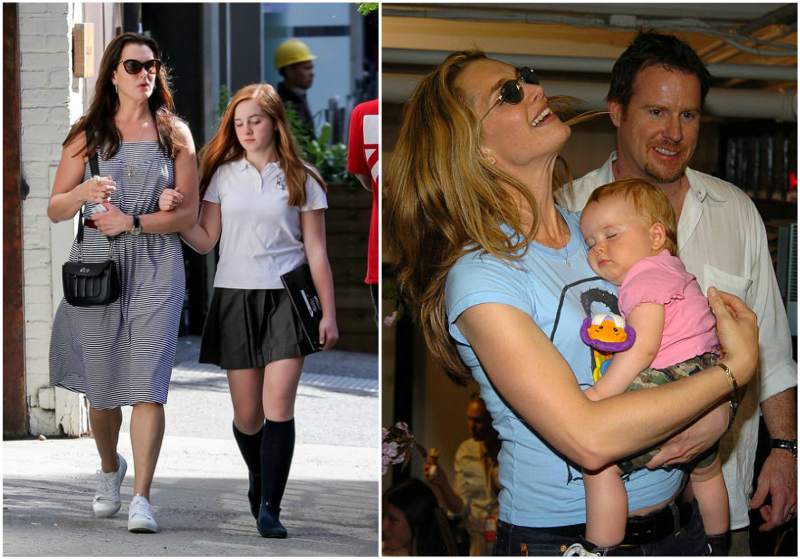 Brooke was able to have a baby using fertility treatments and she was open about this. The period after the birth of Rowan was indeed trying for her as she suffered debilitating depression. She wrote about her experience and this book had a good reception as it gave an honest look into what women experience after childbirth. Rowan is growing to be a beautiful young lady and she shares a great bond with her mother. 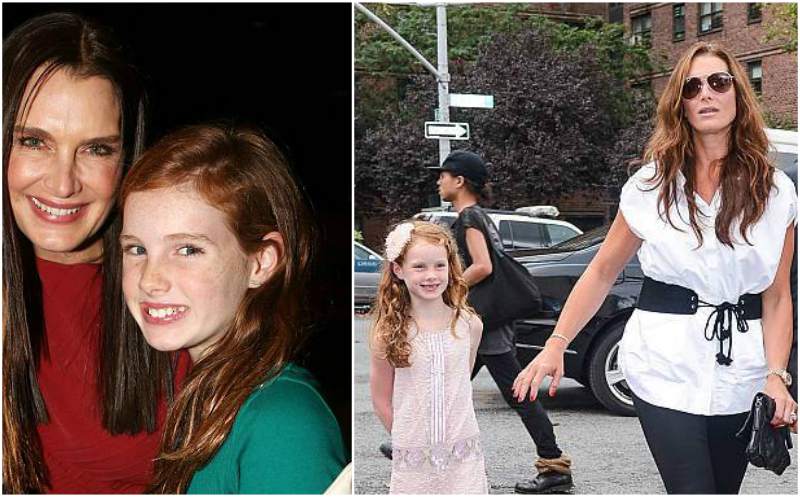 Grier is the youngest child to Brooke and it does not look like they are trying for more. Shields is prouder of her body now at over five decades old than she was when she was much younger. Her kids are growing beautifully just like her but Brooke has said none of them would go into modelling until after college. She is a big advocate for education for her girls as it was education that saved her. 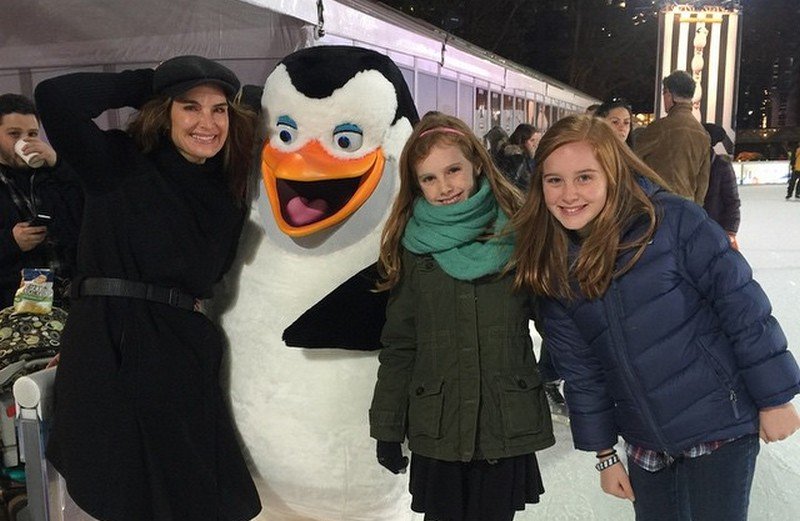