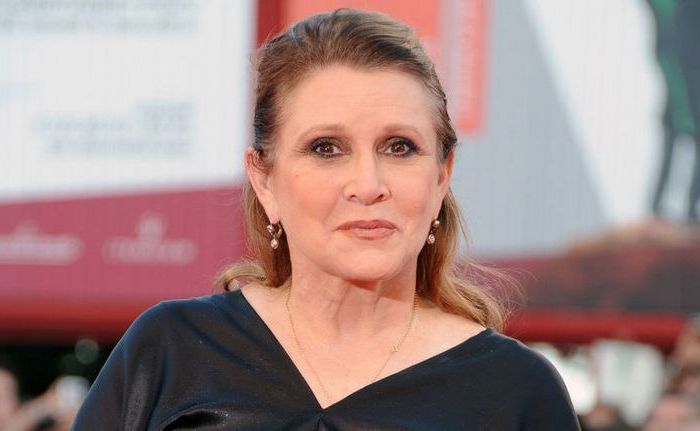 How does one go from being a bookworm to being one of the biggest icons of female heroes? Many of you know her as the great Princess Leia that was one of the highlights of the Star Wars series. Carrie Fisher was not just a talented actress; she fell in love with reading as a young girl. Like she was investing in something, Libra queen Carrie Frances spent her early years as a kid devouring classics and writing poetry.

Sadly, the world lost a well-known actress, writer and humorist on December 27, 2016 to a health emergency. Four days before her death, Carrie was travelling from England to Los Angeles when she suffered organ failures (a passenger close by said she was not breathing for a period of time) less than thirty minutes prior to the flight landing. Maybe you did not realize it until now that Carrie was not the only celebrity in her family. Read on to see how many of her relatives were/are famous people… 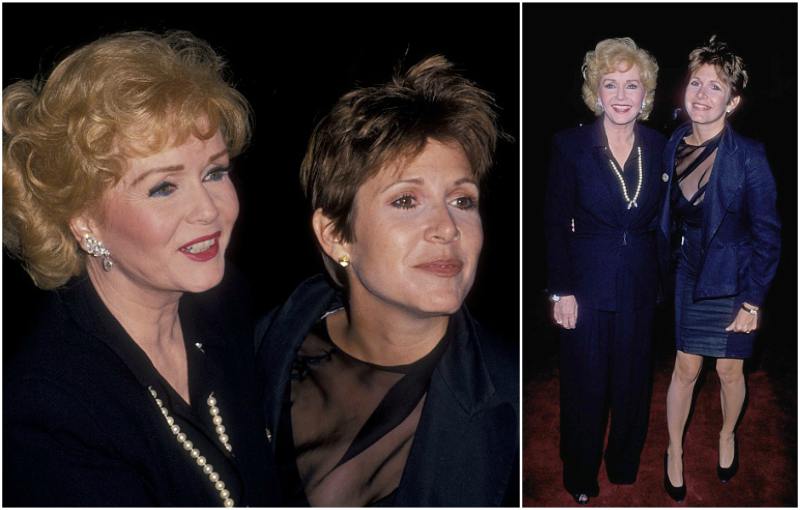 Actress, musician and business-oriented Debbie Reynolds is the lady who birthed the popular Carrie Fisher but aside being the mum of a star, Reynolds was famous for on her own accord. Despite being raised from a poor family, Debbie Reynolds broke out as an actress after casting as Kathy Selden in Singin’ in the Rain (1952) and from there she became a multiple-award winning actress and musician (won quite a number of awards for her works as a singer). In the peak of her career, Reynolds was an inspiration to the American female world seeing that she found success through hard work. 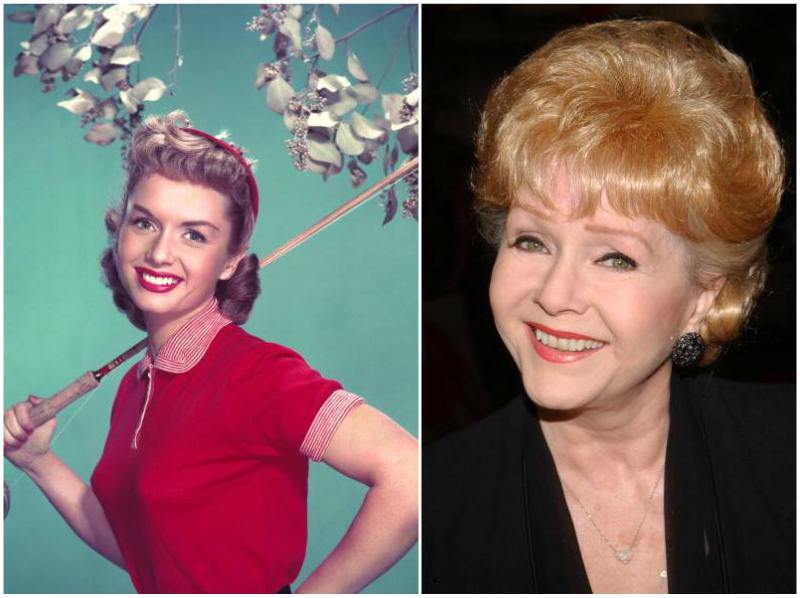 Debbie shared a pretty close relationship with Carrie; both actresses even had a documentary dedicated to them “Bright Lights (2016)”. Debbie had kids at an early time in her career so in all her decisions she had to consider her kids (Carrie and Todd Fisher), before moving to far locations for business. She has to her name a dance studio and also bought a hotel that ended bankrupt. 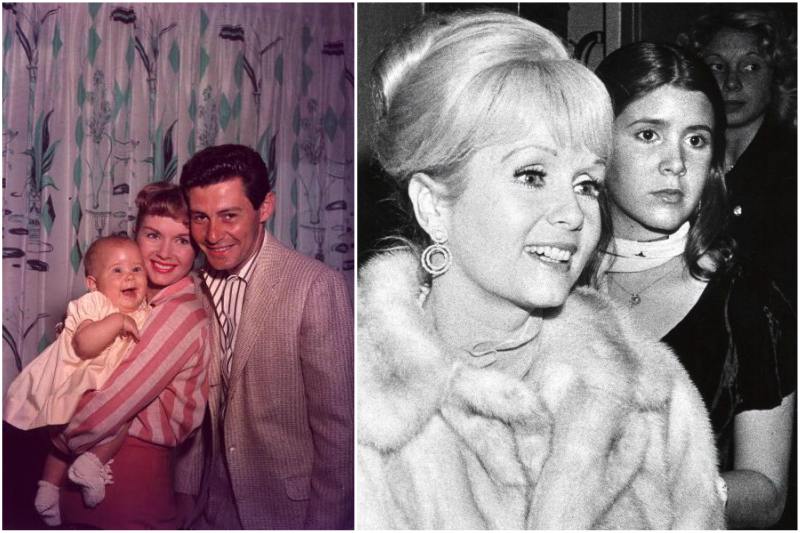 Her first marriage to pop artist Eddie Fisher ended sadly in a divorce after less than five years. She was married to wealthy business mogul Harry Karl from 1960 to 1973. From 1984 to 1996, Reynolds was in her third marriage to Richard Hamlett, a realtor. The next day following Carrie’s tragic death, mum Debbie Reynolds also was confirmed dead after developing a severe stroke. The stroke unarguably came about as an after-effect of suddenly losing her most loved daughter. 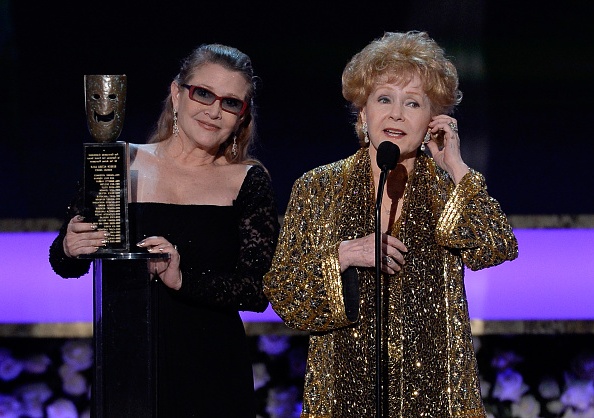 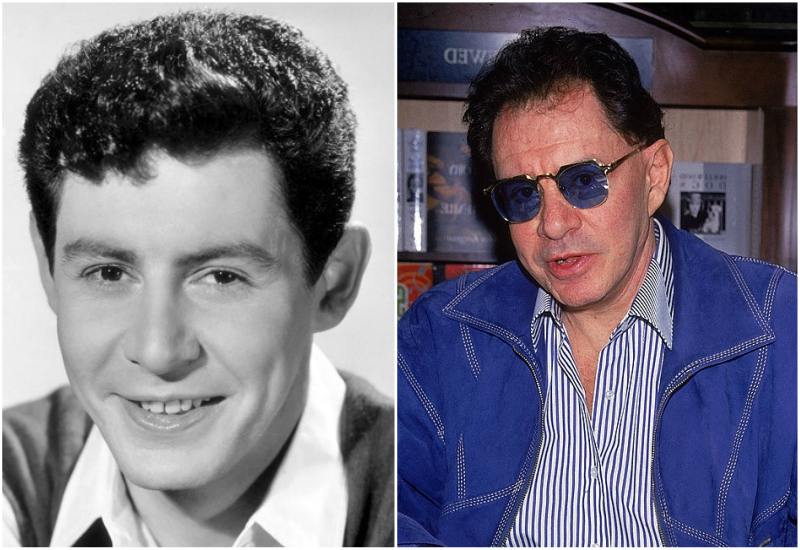 Edwin Fisher was known because of his beautiful singles as one of the most famous pop artists in the early 1950s. He sold millions of record and even started hosting his own TV show. While Eddie was young, it was discovered that he had great talents as a singer so Fisher started paying more attention to music. Edwin became quite a local champion after winning several amateur musical contests which contributed to his dropout in senior year to concentrate on his booming future in music.

You may also like: Carrie Fisher`s height and weight

In 1955, Fisher married Debbie Reynolds and they became proud parents to Carrie and Todd Fisher. One year after their marriage the love duo co-starred in a musical comedy all for their love to end in a non-exclusive divorce in 1959. After leaving Reynolds, Eddie began a relationship with her good friend Elizabeth Taylor. Eddie’s relationship with Taylor caused a major scandal worsening his already public divorce with Reynolds. This scandal was what led to NBC’s cancellation of Fisher’s TV show in March 1959. 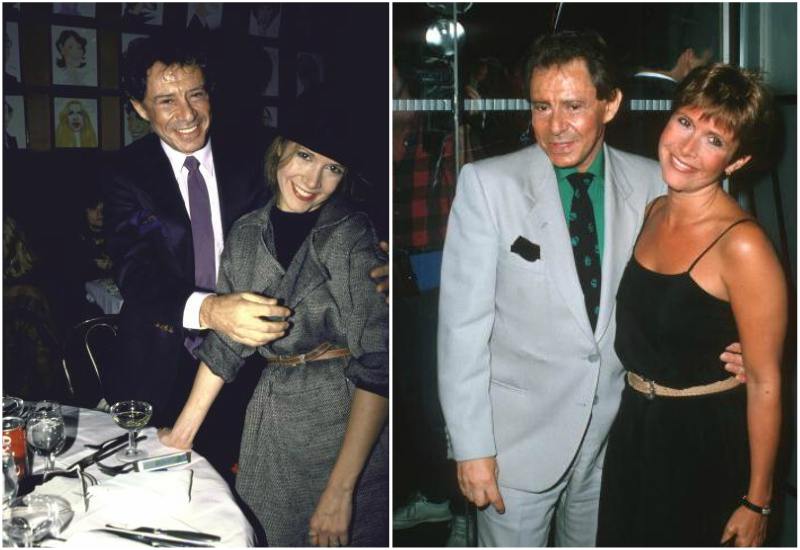 He was married to Elizabeth Taylor till their 1964 divorce; Connie Steven for two years after that; Terry Richards for a year then in 1993, Fisher married Betty Lin till she died on April 15, 2001. As he was getting older, Eddie developed knee and back pain, hearing difficulties and eyesight illnesses until he finally had a broken hip in September 2016. Some days after a corrective surgery, Fisher died due to post-operative complications. 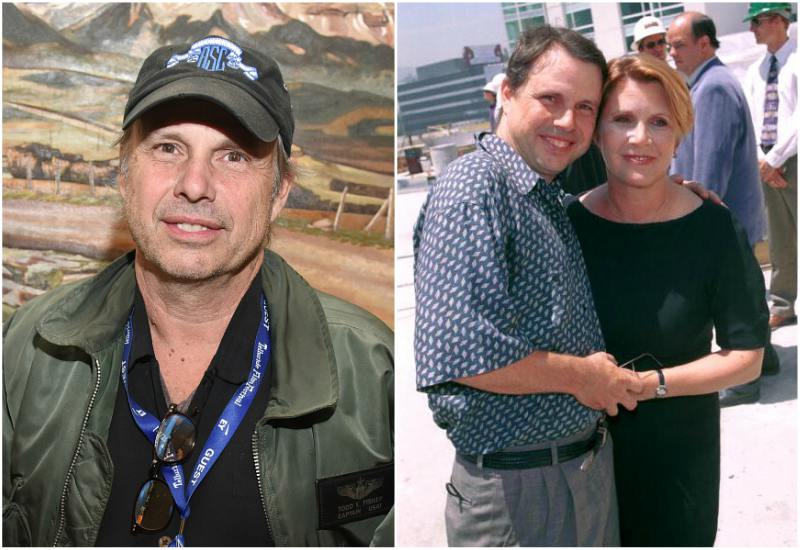 Architect Todd Fisher is the man behind all of Debbie Reynolds’ business ventures. In 1980, Todd decided to be a follower of Christ and later went on to being ordained as a Pastor of Hiding Place Church (founded by him). 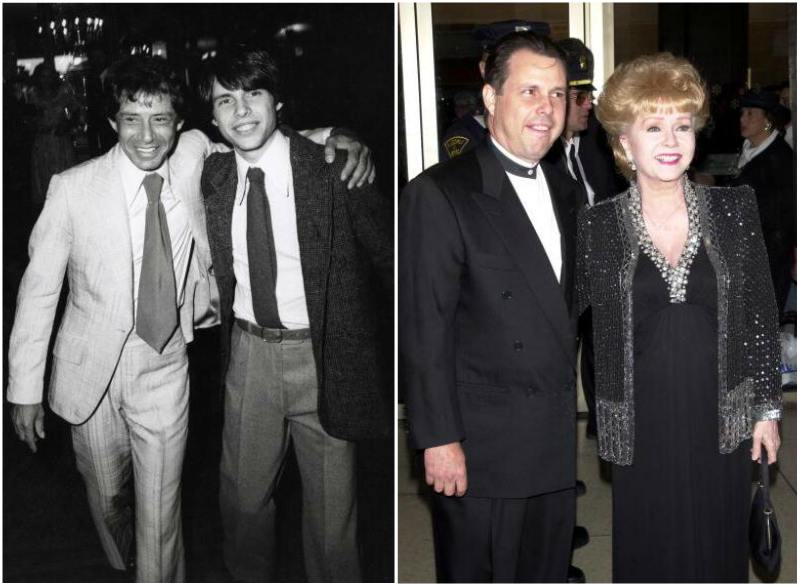 He got married thrice: first to his high school sweetheart Donna Freberg on February 15, 1981; later to Christi Rivers until she died from cancer in 2008. His third and current wife is Catherine Hickland whom he married in 2012. 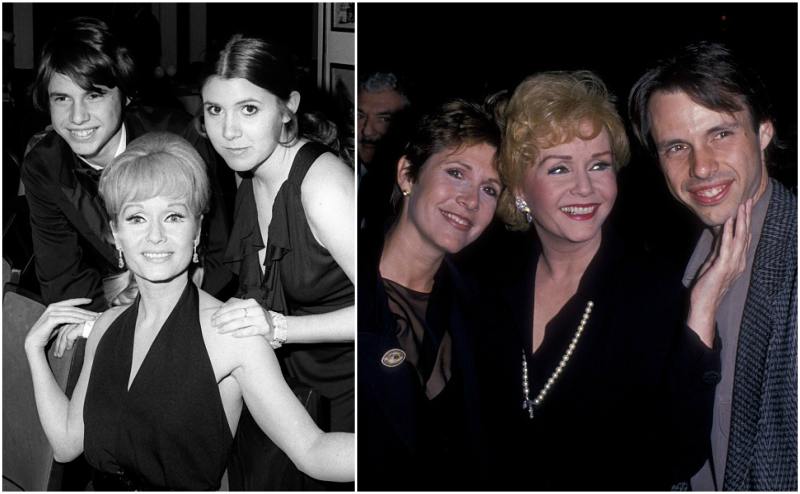 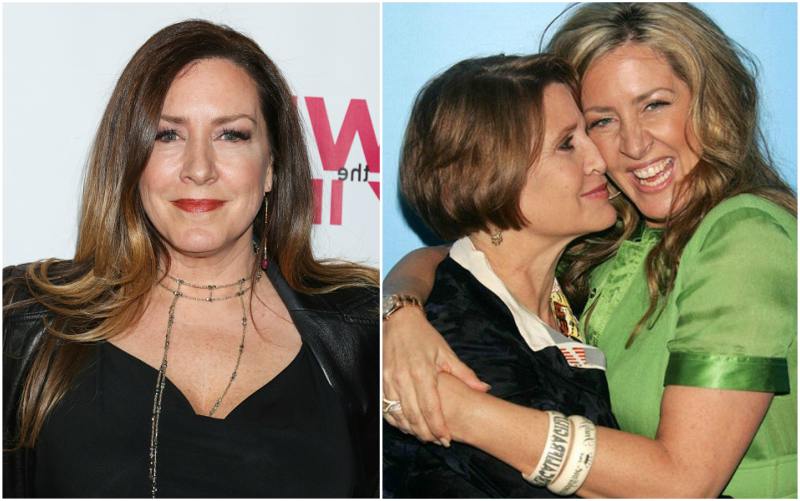 Joely is an actress known majorly for her role as Paige Clark in the mid 1990s sitcom Ellen. Fisher married Christopher Duddy in 1996 and they now have three daughters in addition to Duddy’s sons from a previous relationship. Joely was close to her late half-sister Carrie and she maintained a good bond with her sister Tricia. 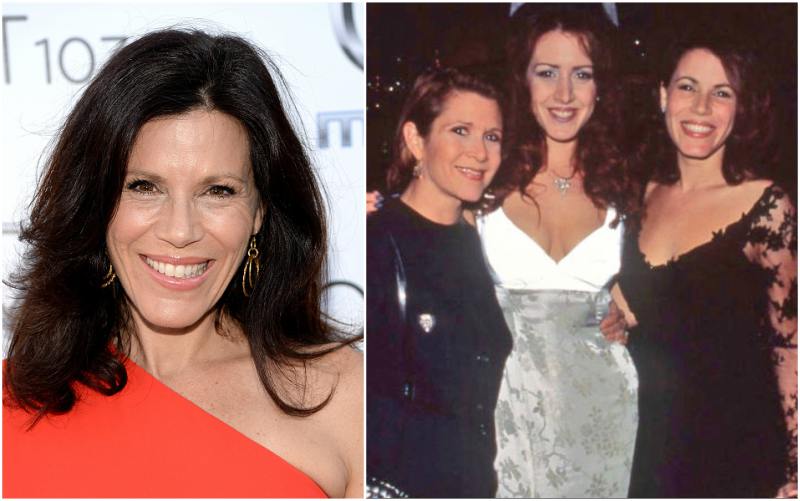 Doesn’t it seem like all Fisher’s female daughters turned out to be actresses. Tricia also is an actress and a musician just like her mother, Connie Stevens who is also an actress. She is married to Bryon Thames and together that have three kids. 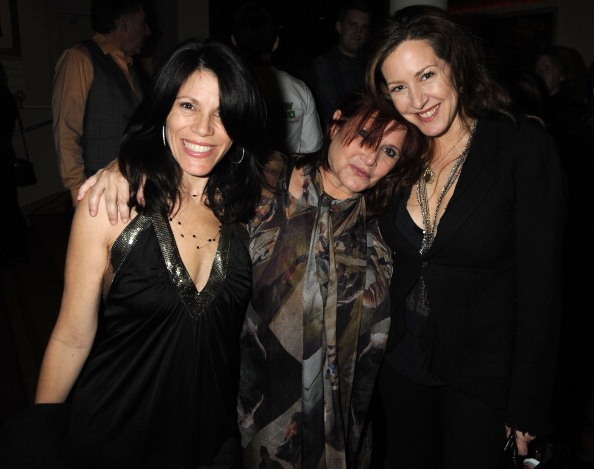