Family life of the late King of Rock and Roll, Elvis Presley 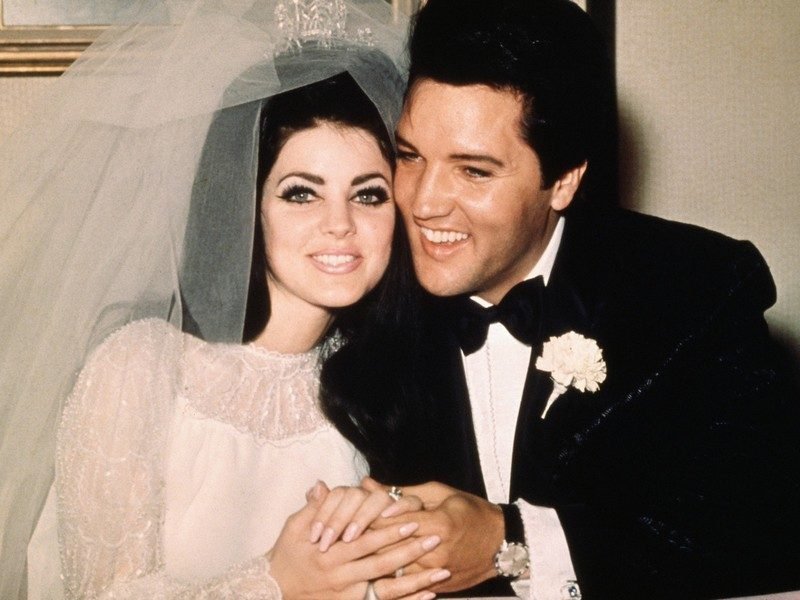 Family life of the late King of Rock and Roll, Elvis Presley

Arguably one of the most famous singers of all time, Elvis Aaron Presley emerged from pretty humble country beginnings to become a phenomenon in the rock and roll genre of music. For two decades, he was the leading American singer whose albums were constantly topping charts both locally and globally. His impact on American popular culture was tremendous as people seemed to be drawn to style of clothing, hairdo and even his behavior. His hip-spinning movement was a signature move and it was noted later that Presley was one of the most important influences on the Beatles (a globally renowned best-selling rock band).

His singing ability was discovered while he was but a young boy still in elementary school and first started singing in the local church choir. Presley received his first guitar when he was almost a teenager and taught himself to play although he had no prior knowledge of music. The young wannabe singer was bent on exploring his love for music even if he had to work as a truck driver to pay his way into the Memphis Recording Services studio. Within a year with the record label, he had released his first commercial piece and kept on soaring till he got to the top.

In the 1960s, the music legend started having weight problems and in the years that followed, he became increasingly dependent on drugs particularly amphetamines and sedatives. His personal issues did not seem to interfere with his productivity as a musician so he continued a steady flow of concert performances in sold-out arenas well into the 1970s. In August 1977, the day before he commenced another concert tour, Elvis was found dead by his fiancée Ginger Alden in his Graceland Mansion. It was so sad that he passed on at such a young age but Presley continues to be celebrated as a superstar both in his death and life. Read on as we take you through the lives of the ones who mattered most to the King of Rock and Roll. 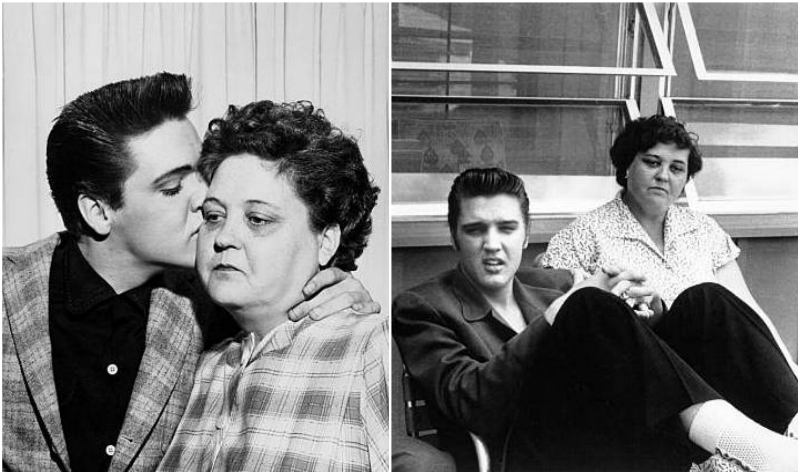 Elvis was raised in a poor and religious environment and grew especially close to his mother. The music icon was very open on how much his mother meant to him and he even stated that she was the number-one girl in his life and his entire career was dedicated to her. As his career rose, Gladys became depressed and lonely and began to neglect her health. She wanted her son to succeed but was in despair that he was now away from her. Things got worse and Gladys was eventually diagnosed with liver problems but she ultimately passed away in August 1958. She was married to Vernon who was four years her junior from 1933 till her death in 1958. 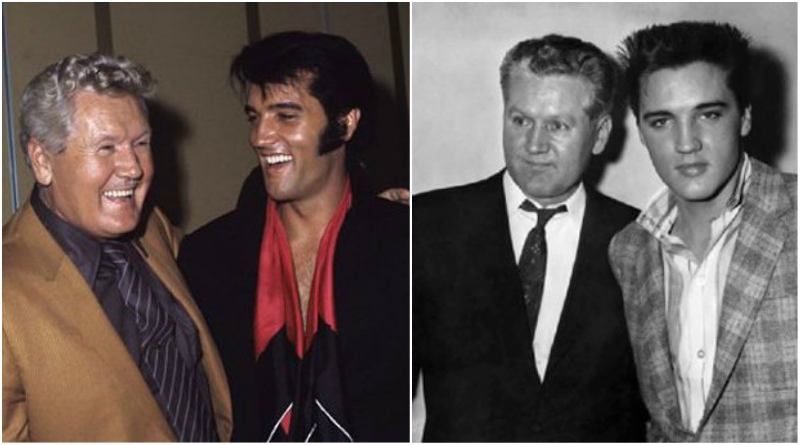 Vernon worked as a carpenter, a farmer and a factory worker just so he could support his family but he was not super successful in any of the jobs. It is a widely-chronicled fact that the Love Me Tender singer literally worshiped his mother so when she died and Vernon remarried, it was hardly surprising that the singer never got along with his new mother figure Davada ‘Dee’ Stanley. Elvis cited his father as his executor and trustee in his will but Vernon died two years later from heart failure. 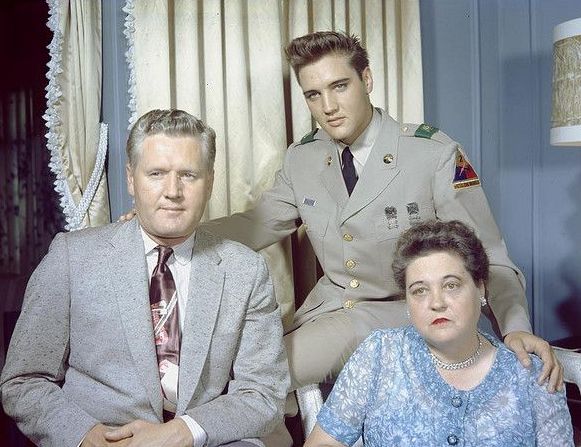 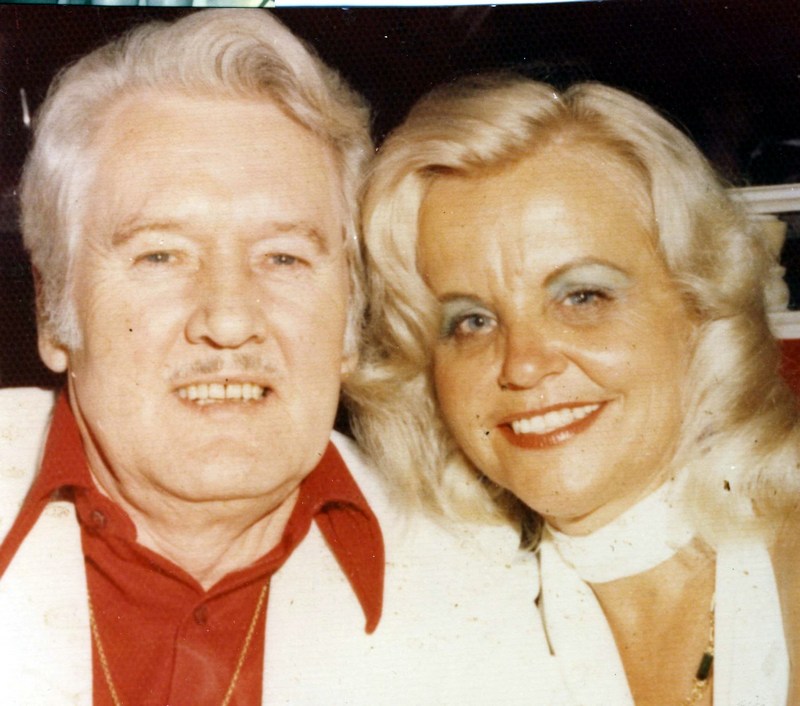 Elvis could not stand Dee and even saw her as a gold digger who had come to reap where she sowed nothing. Dee and Vernon stayed together for 14 years and separated in 1974 when she found out Vernon was cheating on her. Previously she was married to Billy Stanley and had three sons from him.

The only sibling Elvis ever had was his ‘older’ identical twin brother who was born a still birth. 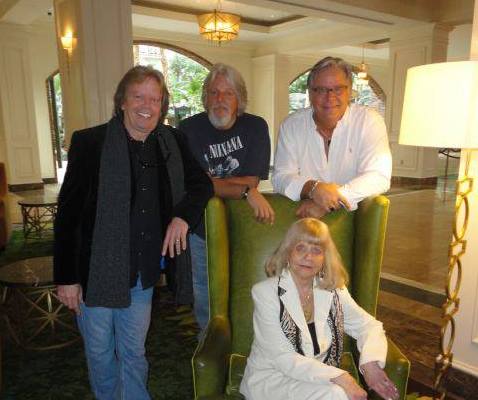 The only people Elvis ever could call siblings were Bill, David and Rick, the step-brothers he had while his father was married to Dee Stanley. 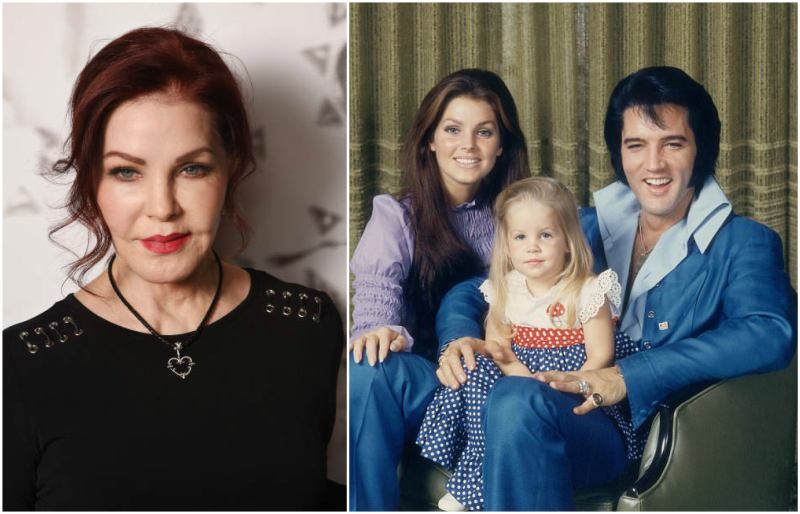 He first met Priscilla Ann Beaulieu when he was stationed in Germany with the U.S. Army. She was still a teenager then but began living in Presley’s new Memphis home and finished high school from there. They were married in 1967 after courting for 8 years and the next year, she bore him his only child. Their union soon faltered as the Stuck on You singer’s sexual interest in his wife waned because she had become a mother and she also sought consolation through an affair with a karate instructor. 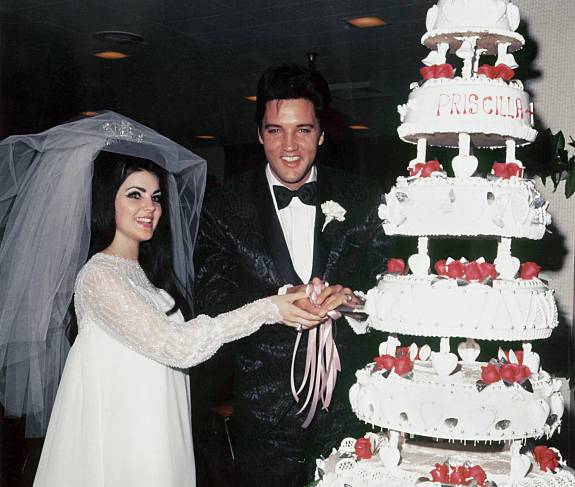 Priscilla became a successful actress and business magnate; she remained close to Elvis even after their divorce and they both had shared custody of their daughter Lisa Marie. After Presley, she began a relationship with businessman Marco Garibaldi with whom she was with for 22 years and had a musician son named Navarone (born March 1, 1987). 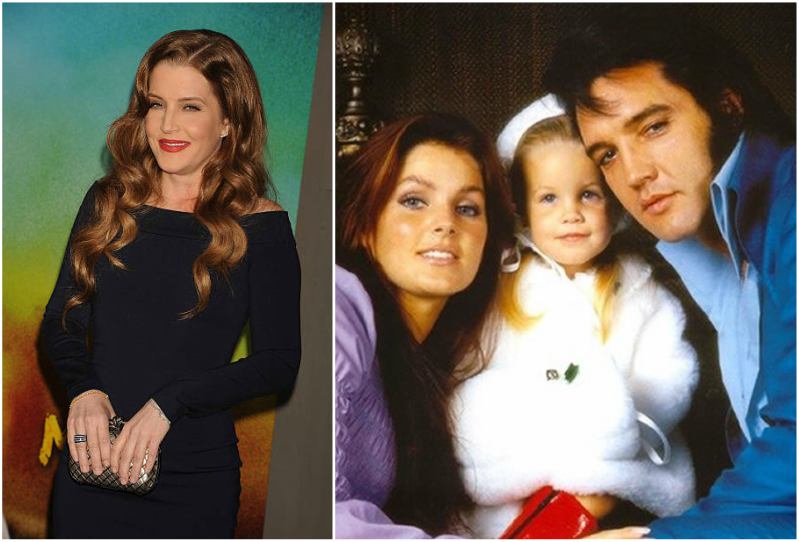 All through his 42 years on earth, the famed sex symbol was father to just one child. Lisa lived with her mother after her parents divorced but was in regular contact with her dad. She took after her father and began a career in music with three albums already produced. It is only expected that being the only heir to the Presley riches; Marie is living the best life possible. She has been in relationships with mega celebrities and is a mother to four kids but she has never quite been able to keep one marriage.

The pop singer had to wait till she was 25 to inherit the Presley estate, Graceland. She had been married four times; first to musician Danny Keough with whom she has two kids, Danielle Riley (born May 29, 1989) and Benjamin (born October 21, 1992). Her second wedding was in 1994 to the late iconic pop star Michael Jackson then came actor Nicolas Cage before her fourth marriage to music producer Michael Lockwood with whom she had twin girls, Harper Vivienne and Finley Aaron (born October 7, 2008).