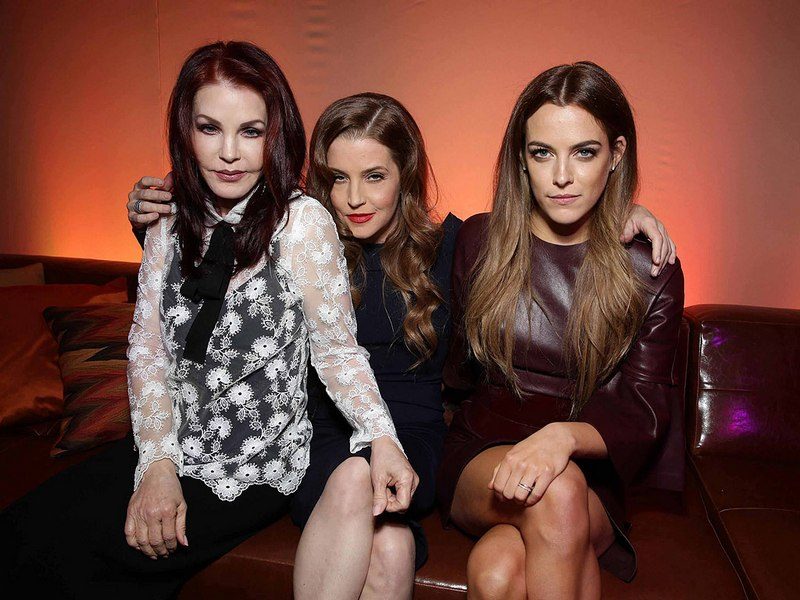 The name Presley in the music industry represents one of the most famous artists of all time. He is none other than Elvis Presley, the King of Rock and Roll. He was the father to one child while he was alive and she is also a singer like him. Lisa was born exactly nine months into her parents’ wedding but had to stay with her mother as her parents’ marriage lasted only a few years. With her family’s extravagant life, she was raised in the music industry and is now a successful singer in her own right.

Music just came naturally for the Memphis beauty and she decided to go into the pop genre but it was quickly obvious that she could never fill in her dad’s shoes. Today, she has released three albums, one of which was granted gold status after reaching No. 5 on the Billboard 200 albums chart in 2003. Other than being a singer, Lisa is heavily involved in charity and humanitarian activities and she chairs the non-profit foundation established in honor of her late father. Keep reading for more details about the personal life of this Presley heiress. 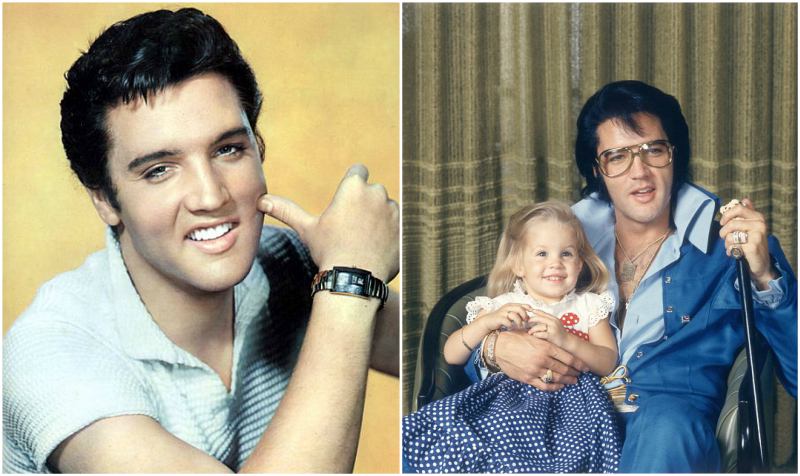 Elvis died from drug abuse and heart irregularities when his daughter was only nine but during his short time on earth, he was able to accomplish far more than most artists have in the world of music. He is till date regarded as the King of Rock and Roll and his style of music has inspired several other successful bands and solo artists alike.

In details: Family life of the late King of Rock and Roll, Elvis Presley 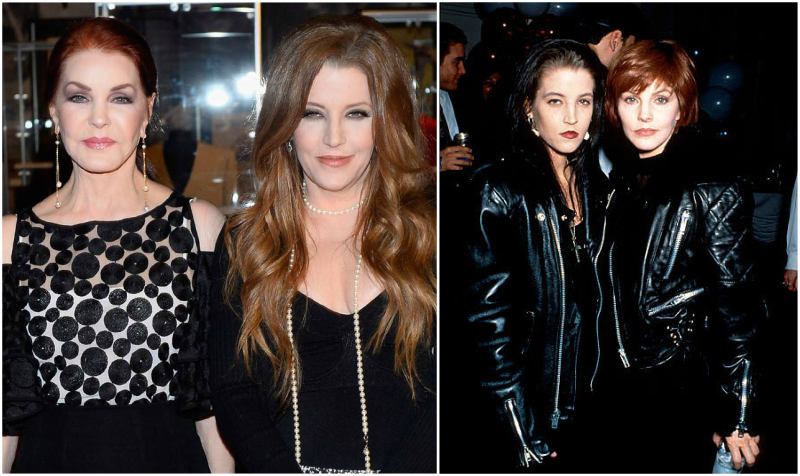 Lisa lived majorly with her mother who divorced Elvis when baby Presley was only five. She is a businesswoman and actress known for her roles on the Naked Gun (1988 – 1994) films and as Jenna Wade on the longstanding TV series Dallas (1978 – 1991). 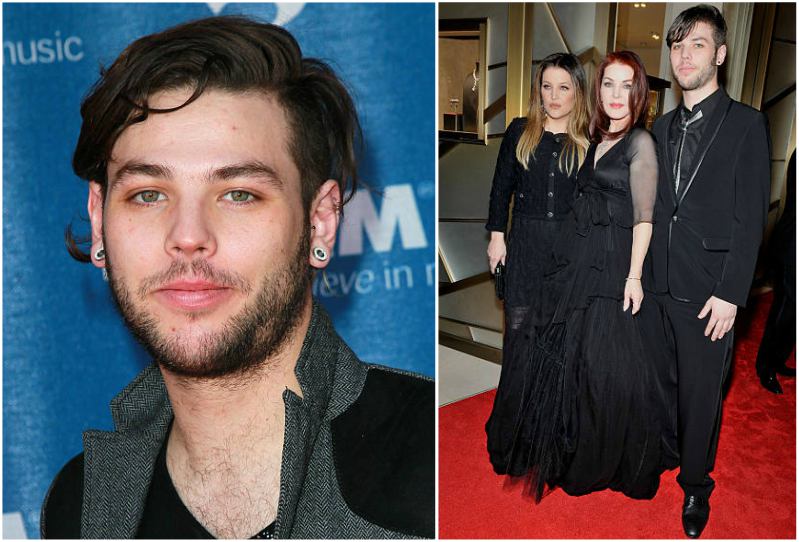 He is the frontman of the band called Them Guns. Navarone came into the picture three years after Priscilla married his entrepreneur Marco Garibaldi in 1984. 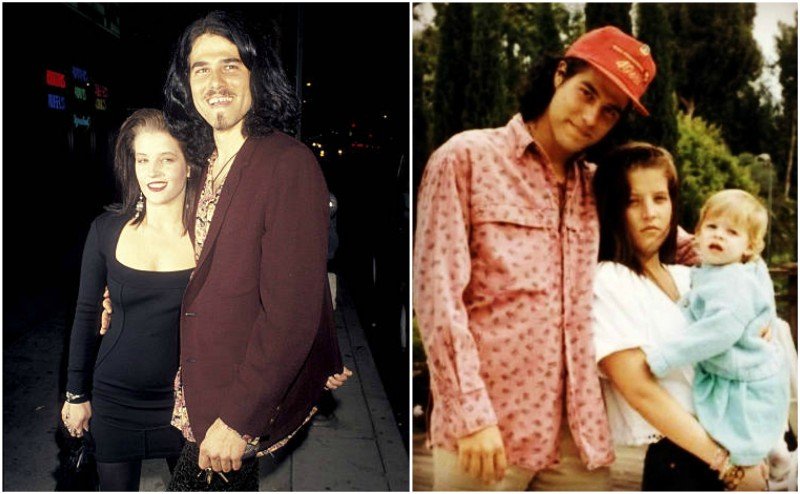 Danny is a musician best known as the first husband to the Presley heiress. They met in 1985 at the Scientology Celebrity Centre and things progressed from there. Lisa had her first two kids with Keough but their love gradually waned and it ended in a quickie divorce. Even after being long divorced from him, Danny still remains very close to Marie and even plays bass on her band. 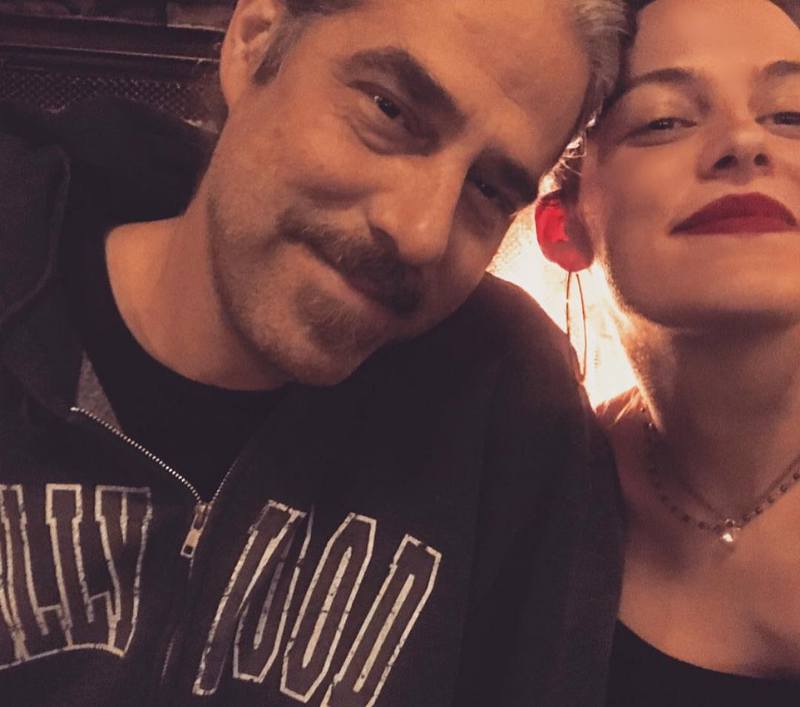 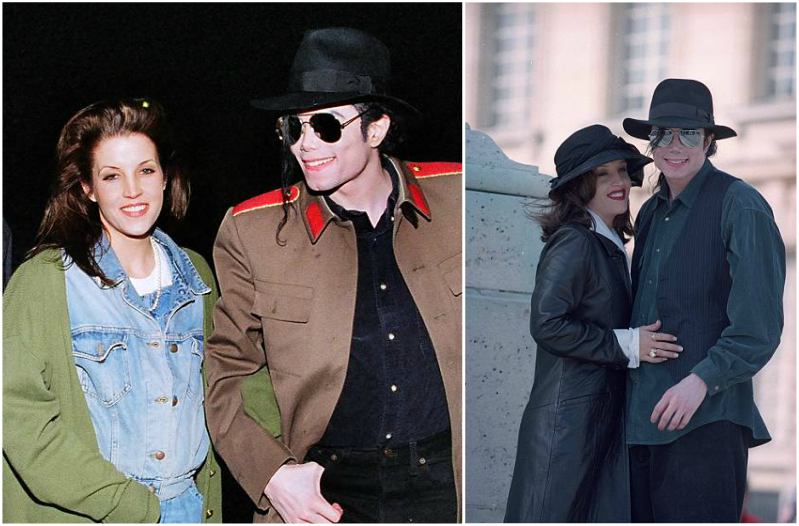 Twenty days after her first divorce was finalized, Presley married the late music god. They had been friends since 1992 but first met when the seven-year-old Marie attended his concerts in Las Vegas. Lisa states that her marriage to the late pop icon was the biggest mistake of her life. Everyone else thought she was out of her mind but the love-crazy princess only saw this new relationship as another chance at true love. Within months into their wedding, Jackson was on trial for child molestation and though he was acquitted, Lisa quickly filed for a divorce, ending the marriage after only two years. 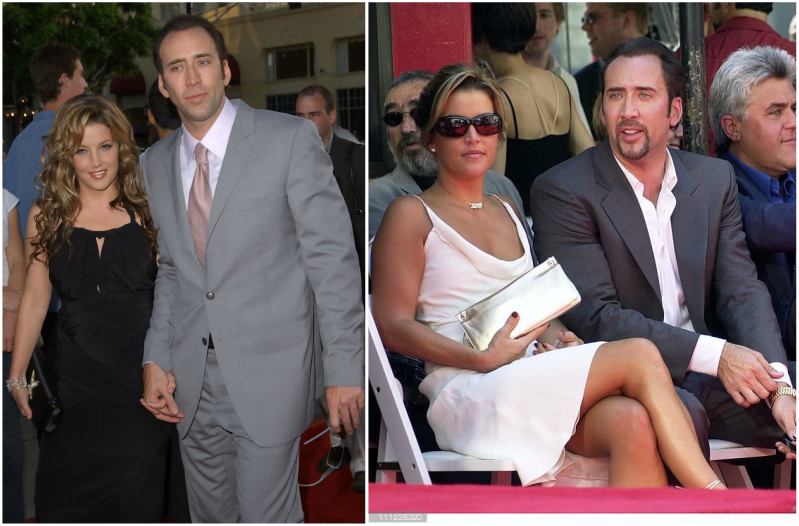 She remained unmarried after Jackson for over five years until she met volatile actor Cage. By mid-2002, they had started the journey towards a tumultuous marriage that ended only 3 months after their joining. They filed for a divorce on November 25, 2002 but it wasn’t until 2004 that the proceeding was finalized. 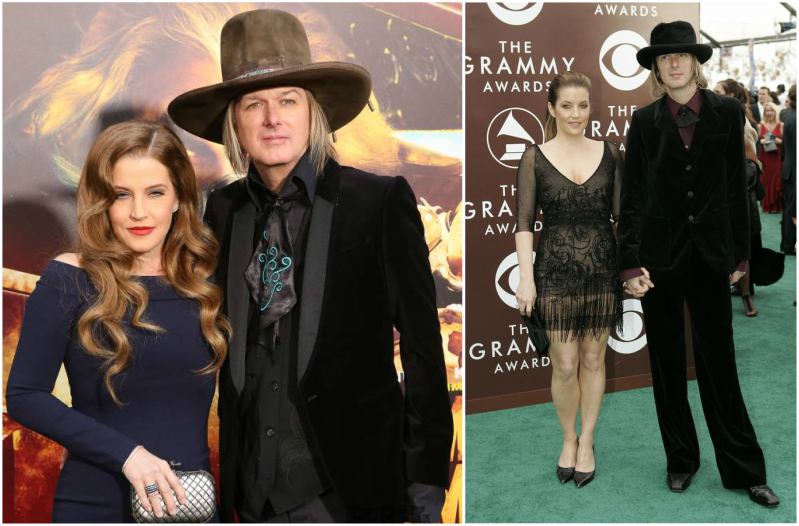 After three divorces, the brunette beauty thought she had found happiness with Lockwood. The guitarist became her best friend and lover in 2005 and according to Lisa, she just had this idea that they would be perfect together. Both lovers wed in a traditional Japanese wedding with her first husband Danny being the best man. They became parents to a set of twins through C-section and their union continued for years after becoming parents.

On June 13, 2016 however, Lisa filed for a divorce from her fourth husband, citing irreconcilable differences as her reason and asking for full custody of their twin daughters. Michael has been an estranged husband while they await the final divorce statement. 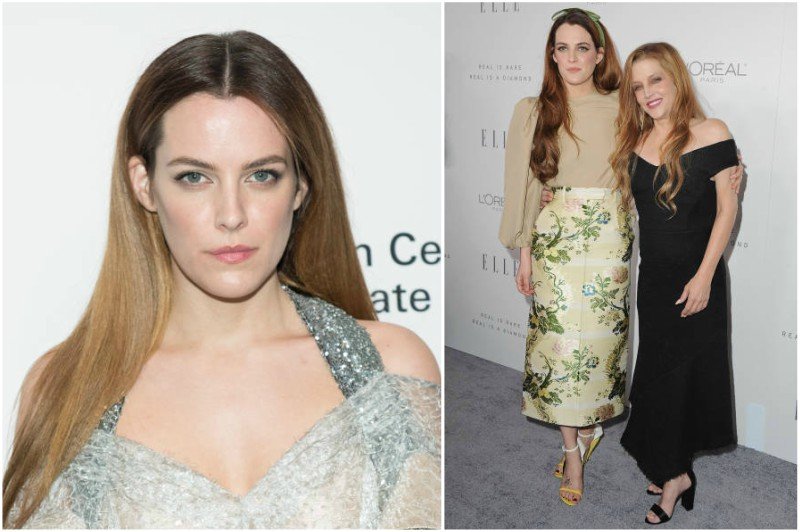 She is the first child to Lisa but was raised mostly by her father. According to Danielle, her upbringing was intense and she had always wanted to be in film despite the fact that she grew up among musicians. Riley started modelling as a teenager and has now appeared on the cover of Vogue with her mother and grandmother. Since February 4, 2015, the Girlfriend Experience (2016) actress has been married to SAG award-winning Australian stuntman Ben Smith-Petersen whom she met on the set of Mad Max: Fury Road (2015). 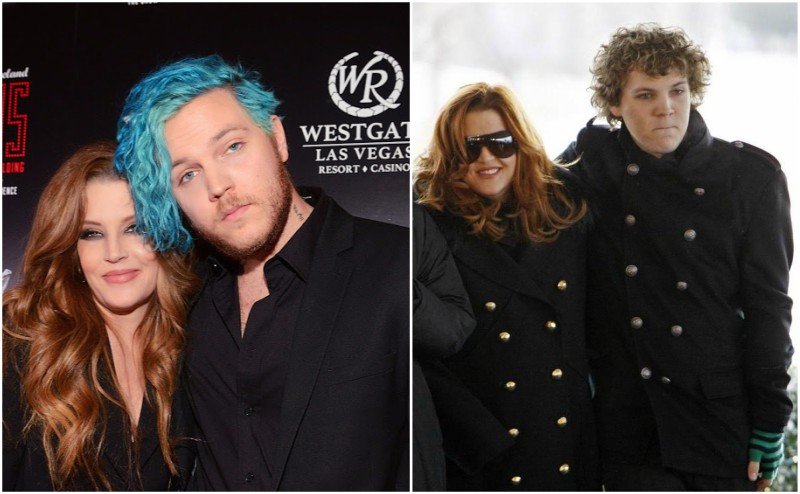 Benjamin is the only male child to Lisa and the only grandson to the late Rock and Roll crooner. He carries the very dominant Elvis Presley gene inheriting the famous pout and baby blue eyes including a spooky resemblance to his late grandfather. 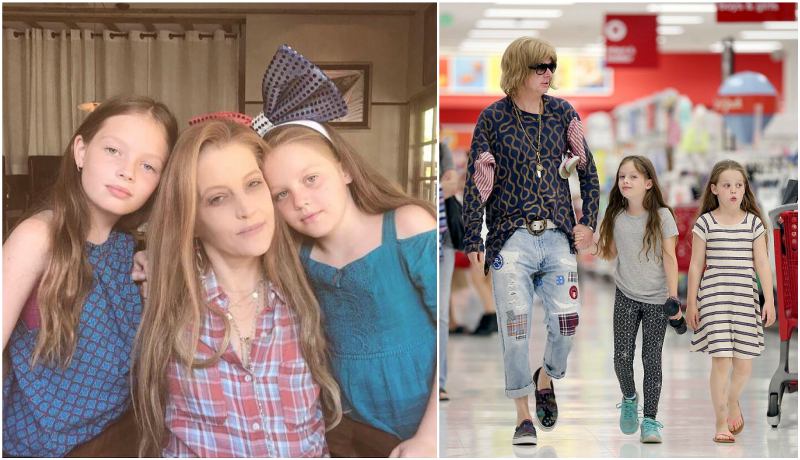 It is evident that twins run in the Presley family with Elvis being a twin himself and her mother Patricia also had twin brothers. Early this year, Harper and Finley were taken into custody of their maternal grandmother Priscilla when disturbing child photos were found on their father’s computer. 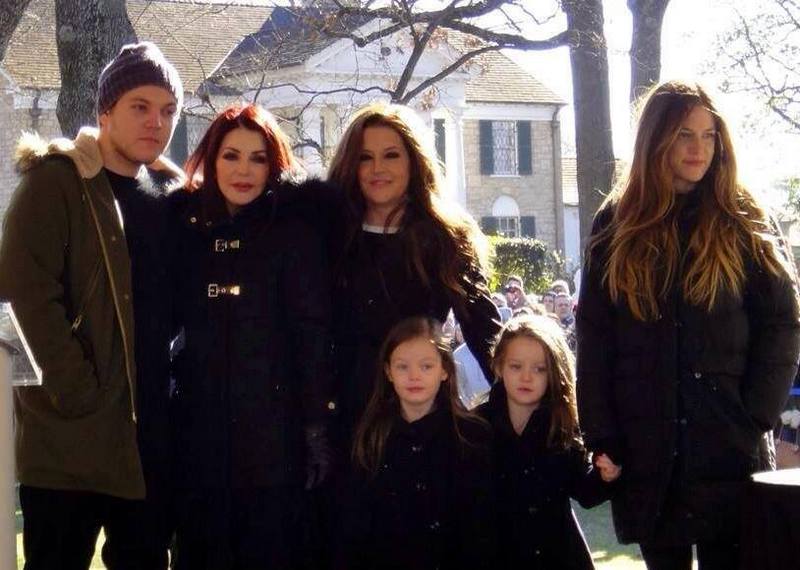