Inside the private family of 1980s pop icon George Michael 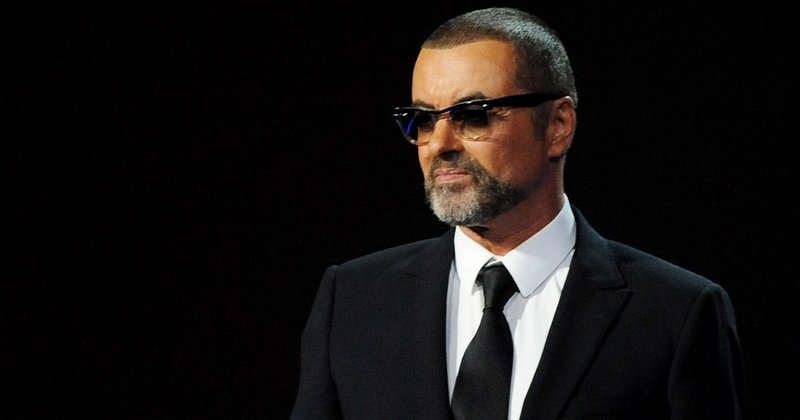 Inside the private family of 1980s pop icon George Michael

“When you are born Girgios Kyriakos Panayiotou, there is a very pressing need for a professional name when becoming a British pop superstar is the major part of your teenage dreams”. This was what he said jokingly when asked about the reasons behind his change of name. He rose to fame as the ever fun-loving, golden boy of pop who had a nasty habit of stuffing his crotch area with badminton shuttlecocks so as to further his appeal to girls. This ploy worked every time as the late George was known majorly among the youths and particularly the female gender.

He had gotten the singing bug when he was seven and his mother gave him a tape recorder as a present. He got older and the love for music kept growing in him. George could play virtually all musical instruments. He was a real talent; the late musician was kind, empathic and famously generous to the Greek Cypriots living in the UK. These were a few of the many attributes that made him a great artist.

Yog (as he is fondly called, a nickname coined from his Greek name) had reportedly been planning to start performing again and was in the process of making another solo album when he slipped into the other world. He was found lying dead and according to the autopsy reports, the cause of his death was heart failure and a fatty liver. Read on to see the family of this singer who achieved an outstanding level of success in a short time. 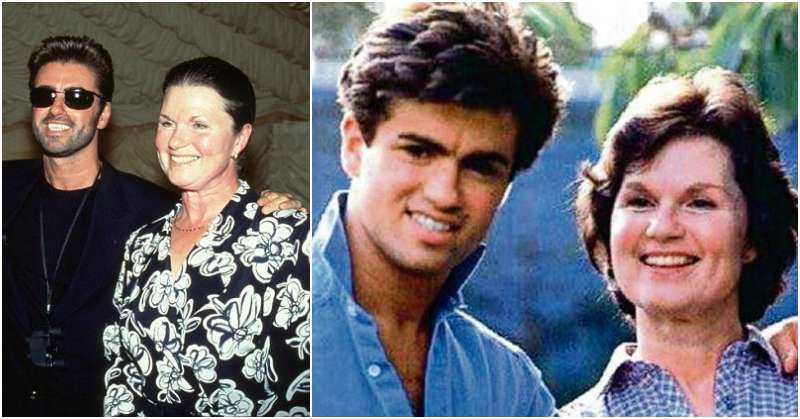 Angold was a former dancer but was prominently known as the mother and rock of the pop star. She was the kind-hearted woman whose life was built with great family values at its foundation. If you ever wondered where George got his down-to-earth attributes from, the friendly Lesley is the answer. She died sadly at the age of 60 after a long battle with cancer and things never remained the same with Michael.

According to a close friend, Lesley’s death had a huge impact on the rest of the Wham singer’s life. She passed away a few years after her son came out as gay but they had lived close by in London until her death so both mother and son were undeniably close.  The Last Christmas singer gradually began to indulge in cannabis until it took over his life; he even spent a few weeks jail term for driving under the influence of hard drugs. George was finally laid to rest beside his mother at a North London cemetery.

Kyriacos was a hard-working Greek Cypriot immigrant who ran a restaurant business. He changed his name to Jack Panos for social ease when he relocated to London in 1950s. His relationship with his son was a complicated one as he only felt George’s dream to be a singer was a preposterous delusion. Jack saw his son as being an indulgent British boy that was yet to taste of the Greek hard work ethic.

The overbearing Panayiotou told his son that he could never hold a tune and he had zero talent even after George kept bringing home several album hits and joint performances with the biggest singers at the time. Michael said in an interview that having his father as an adversary was one of his biggest advantages as he had every motivation he needed to be one of the biggest musical artists in the world.

Despite his tough and rigid upbringing, Yog was always able to see beyond his father’s distaste in his ambition and speak glowingly about him. He even said one that he has always been a great admirer of his father’s heroic hard work bringing his family from a below average lifestyle to a good enough life. Panos never saw his son as good enough. What started as a bid to protect his son from his false dreams ended up becoming a despicable attitude towards his most successful offspring.

She is the oldest child to the Greek family and was lose to her brother. Not much is known about her personal life as she loved to remain private. 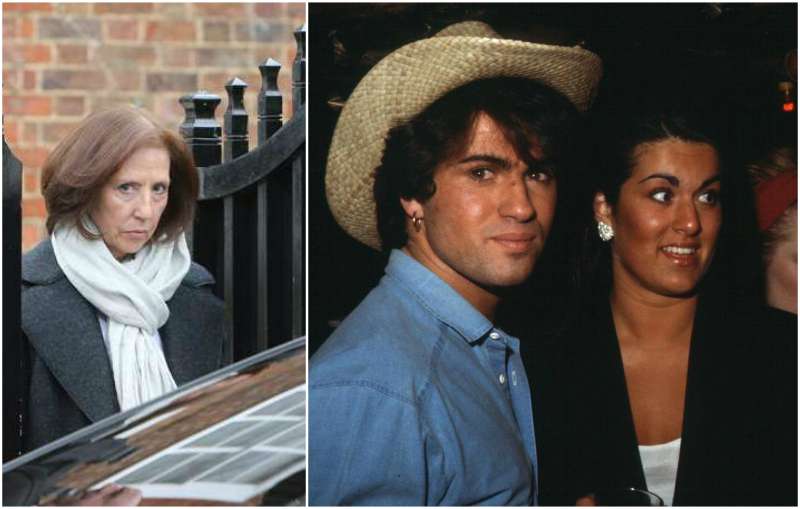 George was particularly close to Melanie. She was a hairdresser and his make-up artist who traveled the world with her brother on his many music tours. The older Panayiotou was with him at many of the big milestones in his life up until the very end. It was eventually disclosed that the singer left the larger portion of his wealth to Melanie and Yioda was left to inherit what was left. 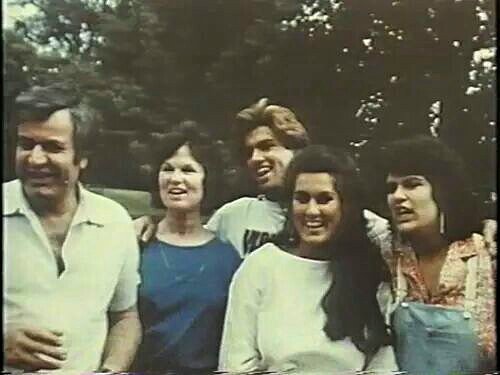 George with parents and sisters 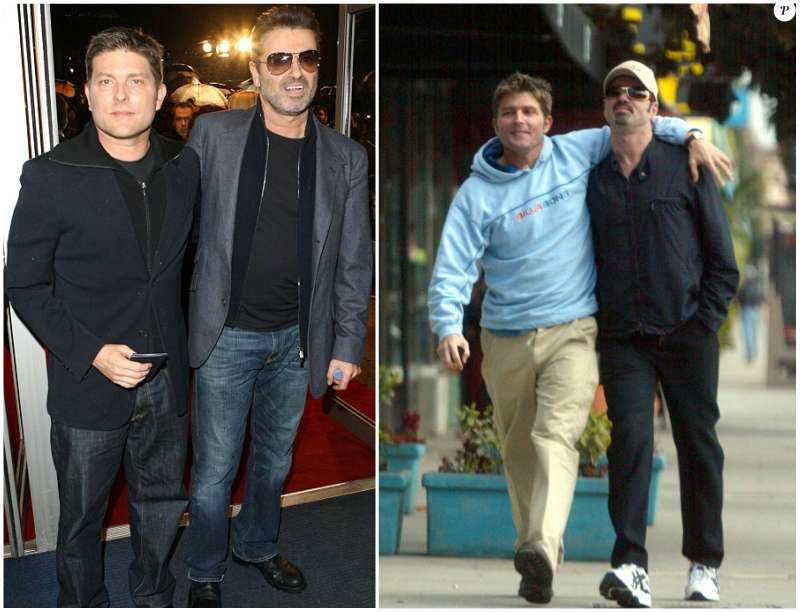 George had a 13-year romance with Kenny Goss, Texan businessman and art dealer. They met in 1996, broke up in 2009, but George announced about it only in 2011. The reason of ending thier relationship according to Kenny was  George’s drug addiction. 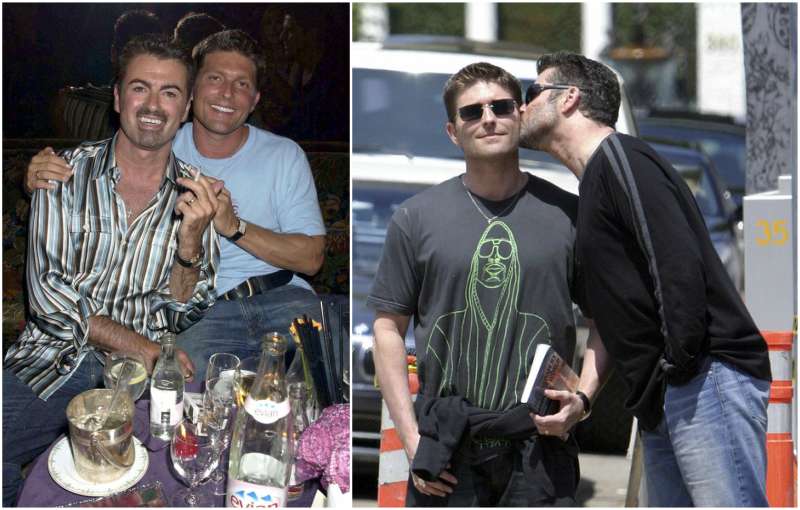 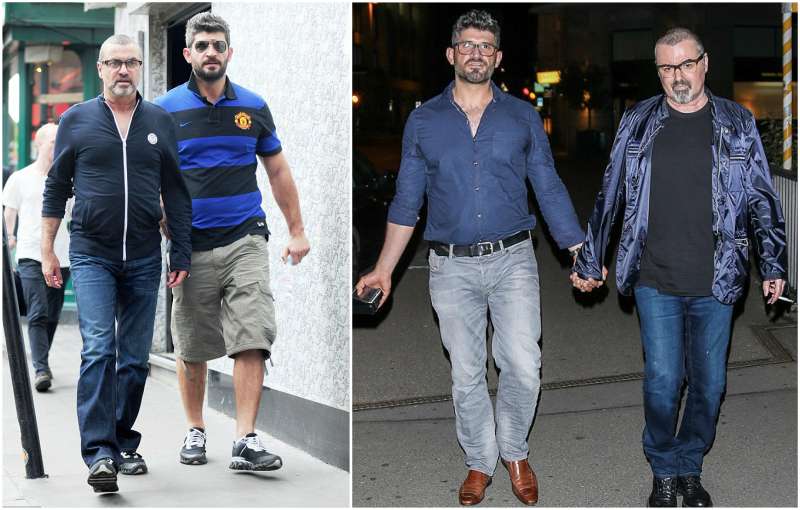 Since George was 19, he had told a number of confidantes that he was sexually attracted to men and he was advised to keep this ‘disappointing’ news to himself. He eventually came out in 1988 in a CNN interview and was involved in a number of lengthy relationships. However, at the time of his death, the last known photo of him in a relationship was snapped in 2015 with celebrity hairstylist and freelance photographer Fawaz in Switzerland.

On December 25th, 2016, Fadi put a distress call to the ambulance service saying he has been trying to wake Michael up for the last hour. They were to go to a Christmas lunch that day but the famous singer never made it out of bed.  Fadi was accused of not contacting George’s family after finding him dead and he is obviously not on good terms with the family of the deceased singer as they have several questions regarding the death of their hero. 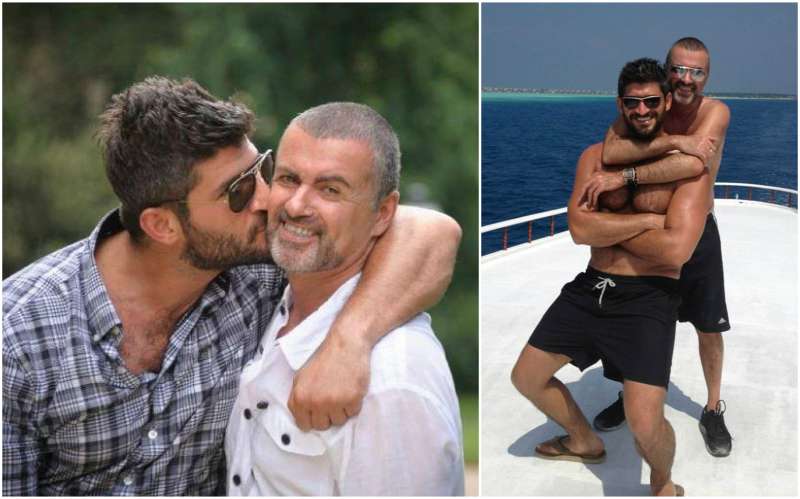 The Australian-born Fawaz has however been cleared of any suspicions as regards the death of the singer and has been asked by the Panayiotous to vacate George’s property in London. The gay partner has even claimed that the world literally turned against him after the death of the pop singer. We wish him all the best as he clearly was in love with Michael and his loss is irreparable.

The True Faith singer never thought parenthood was for him. At some point, he dreamed of adopting but put if off due to his hectic career and lifestyle. He had godchildren but believed he was too embarrassing to be a biological father to anyone.