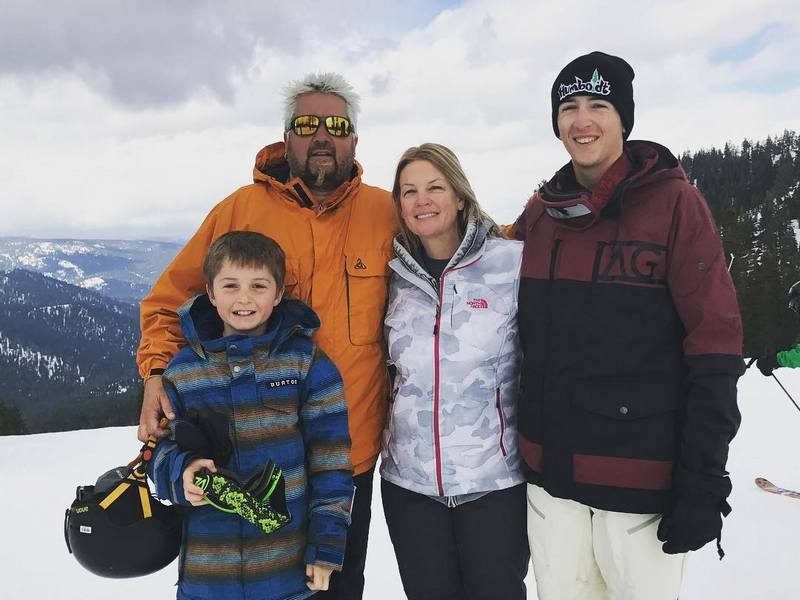 Guy Fieri is the gregarious fella who pops up on The Food Network seemingly every two hours beaming over decadent, vibrant and spicy dishes. To some, he is a spiky-haired brother with a gonzo personality who “built a business empire on the very premise that he is seen as a human punch line”. A few others have never even heard of him but none of these views change who Fieri is. He is in summary an internationally recognized chef with worldwide relevance.

It is safe to say the Columbus born restaurateur is a self taught chef as he did not attend any culinary school but instead got himself a Bachelors in Hospitality Management. After he graduated, he worked for a while in a restaurant before eventually opening his first food joint, Johnny Garlic’s. The accomplished chef was never famous until he won the second season of The Next Food Network Star. Since he won on the show, he has remained as bright as ever and maintains a hardworking reputation that has helped him carve out a niche in the American Culinary scene.

Born Guy Ramsey Ferry, he decided to change his name in 1995 to Fieri after he got hitched in honour of his great grandfather. You most likely just know Fieri as being the host of several food shows and the owner of a set of restaurants but today, we would be looking into another aspect of his life. Beyond his crazy hair style and his fierce attitude, Guy is indeed a puppy at heart when it comes to his family. Being the only surviving son of his parents, he is an incredible son and to his present family, he is a hero! Read on to know all you never knew about the members of the Fieri family. 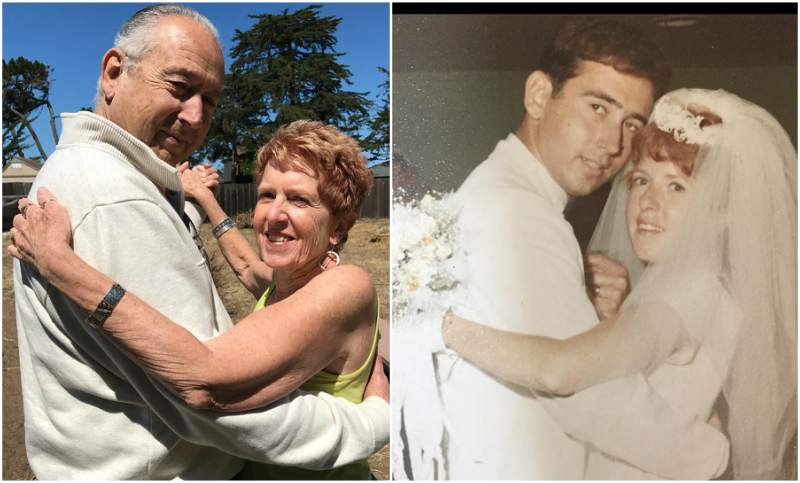 When Guy was 10 years old, he had his first taste of food business selling pretzels thanks to his father who built him a three-wheeled bicycle cart “The Awesome Pretzel”. 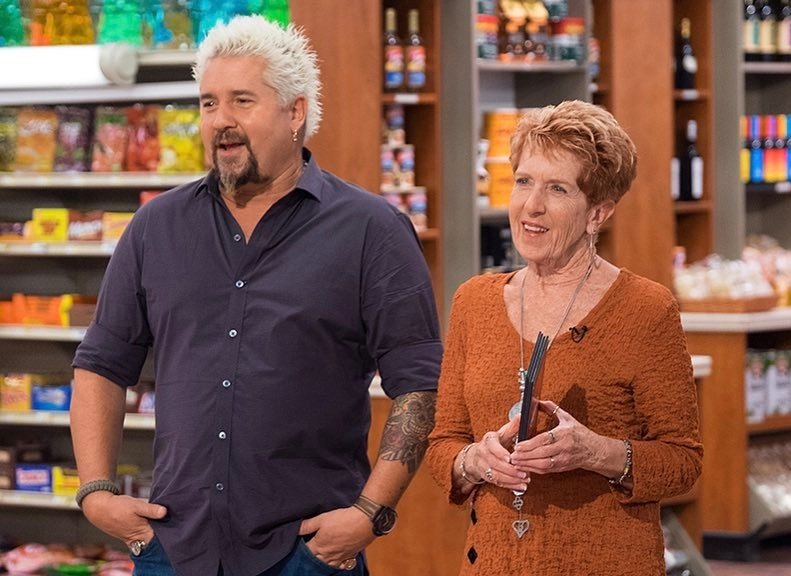 Penny is the supportive mother who raised the phenomenal Fieri. 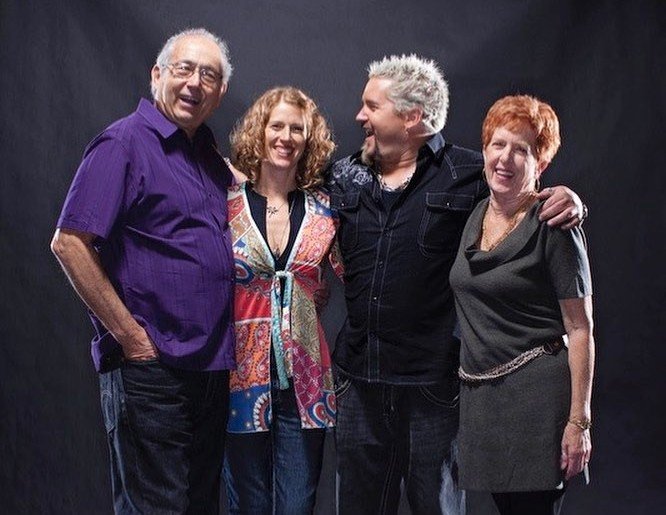 Morgan is the only other sibling to the successful Fieri. Unlike her brother, she is the quiet one who lives a very private life. She was hardly ever mentioned in the tabloids until her death from melanoma. She had battled with this disease since she was little but it ended up claiming her life. She died in February 2011 due to cancer leaving her son Jules to continue living with his father. 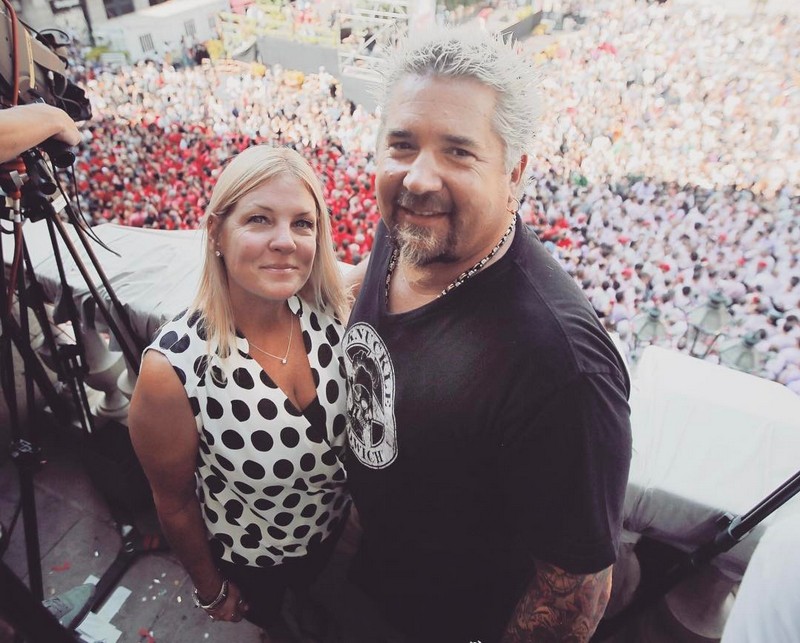 Duration of Marriage: 1995 till date

The famous chef met with Lori in 1993 when he was 25. They began a relationship shortly and in two years, were married. What seemed like just a simple beginning has proved to be a very long lasting marriage. We all know the buzz surrounding marriages for celebrities most especially for a guy as crazy as Guy. He is every bit of an adorable husband and Lori constantly feels like the queen that she is. Two decades and counting, the lovebirds have produced two biological children who are fast becoming adults. 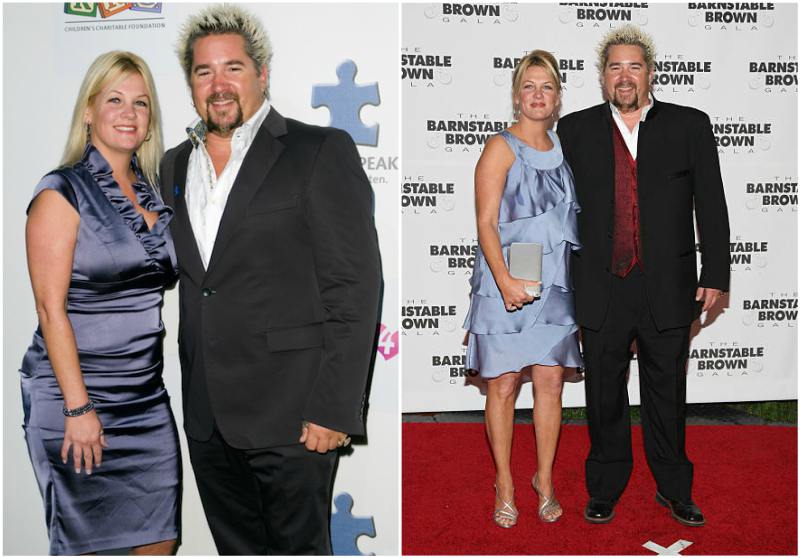 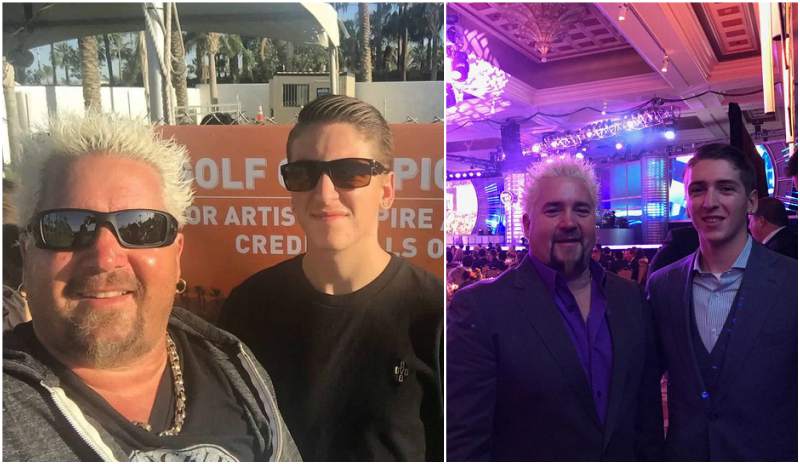 One time, Guy was asked what his next tattoos would be an he mentioned that it might be a joker card with each of his sons on one side of the card simply because they are a couple of jokers. This goes on to show that the celebrity chef enjoys a cordial relationship with his sons. Hunter has made appearances on his father’s series Guys Big Bite (2008 – 2016). 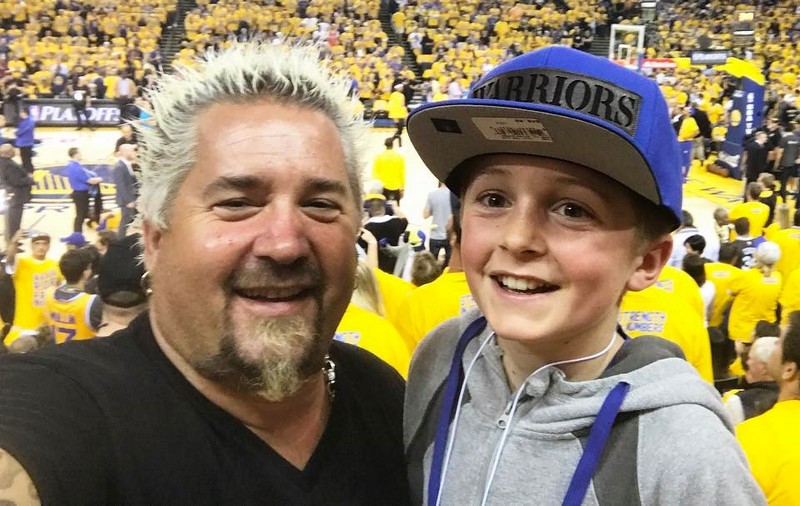 The Fieri family doubled their happiness in 20005 when another healthy baby boy was added to the brood. Ryder and his elder brother have come to accept the kind of family they were born into even though they sometimes wish they had a more average life. The Fieri kids wrote an open letter once addressed to fans of the Guy Fieri band to stop following him as the food network was “killing him”.

According to Ryder and Hunter, their father literally sees food in everything so much that he is not allowed to cook in the house. They say his blood is 70% caramel and diabetes has nothing on him. Basically, Guy is just one of those few humans who are genuinely crazy about food. Ryder has a turkey chilli recipe named after him by no other person but his adventurous father. 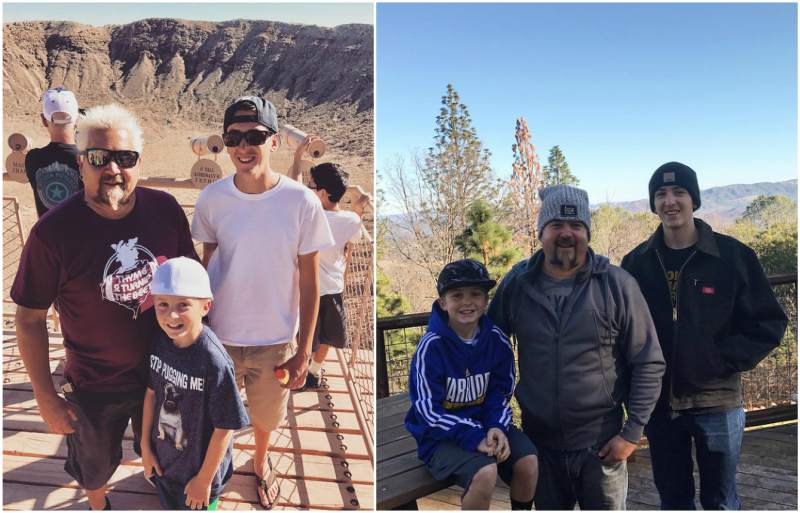