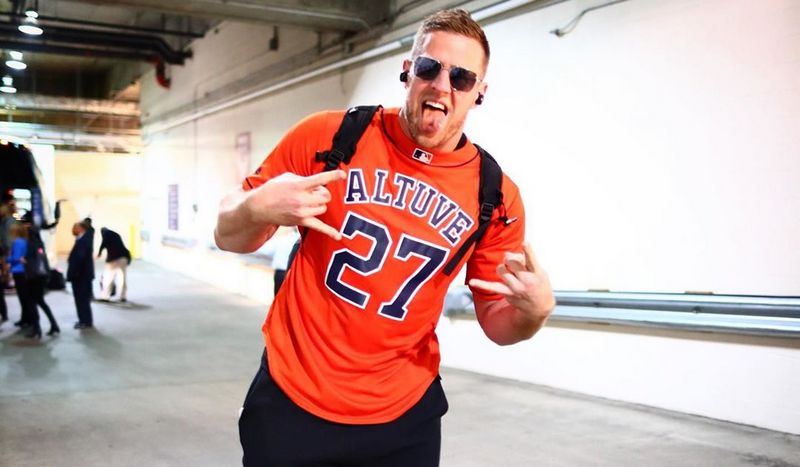 Famous American football player is the oldest of three children in the family. Since four years old, J.J. Watt has always been involved in some type of sports. From the age of four to thirteen he played hockey, but later left it to play football, which he fell in love with in the fifth grade. Justin James also played basketball.

Nowadays, J.J. Watt is a successful member of the National Football League and one of the best-known players of Houston Texans. He holds the position of a defensive end player and receives the highest salary ever in NFL. Read on to find out more information about the footballer’s family! 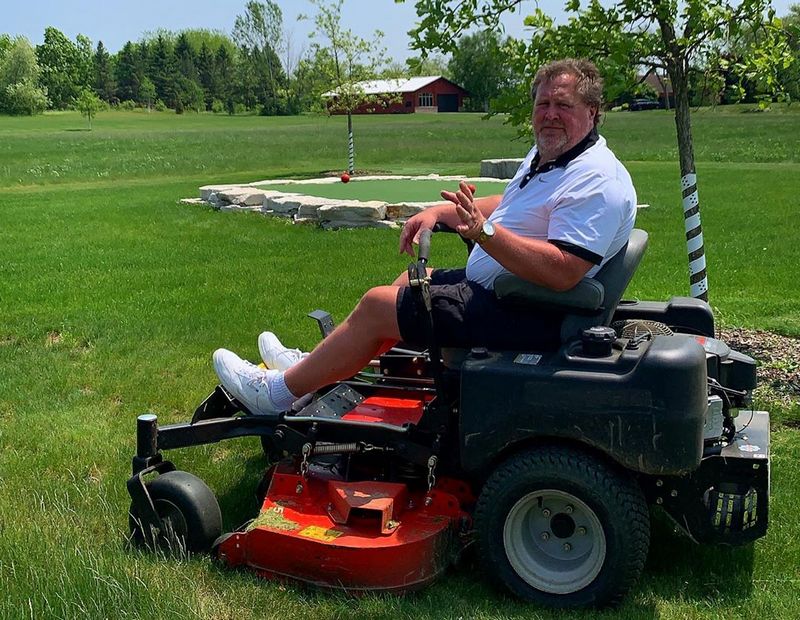 Famous defensive player’s father worked as a firefighter for almost three decades. The man instilled J.J. and his other two sons the confidence that hard work pays off. John supported young footballer in his aspiration to become a professional footballer and was extremely glad to find out that Central Michigan University offered J.J. a scholarship. – a chance, which J.J. couldn’t skip. The sportsman admits that his father was a role model for him and his brother, as he always did his best for his family and supported his children in their activities. 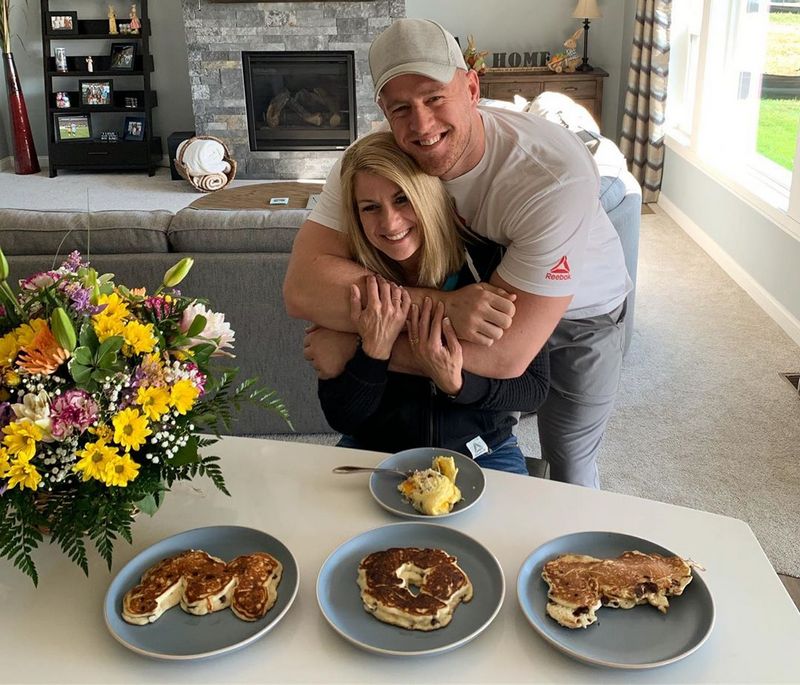 Footballer’s mother currently holds the position of vice-president of the J.J. Watt Foundation. Before J.J. Watt’s career skyrocketed, she used to work in a building inspection company. Connie is a wise and caring mother, who put much effort in raising three sportsmen. Today the boys recall the severe discipline, which their mother created for them, including Excel schedule of household chores. They believe that their self-discipline is one of the secrets of their success. J.J. Watt even bought his mom a Range Rover for a birthday, to show his appreciation for Connie’s diligence. 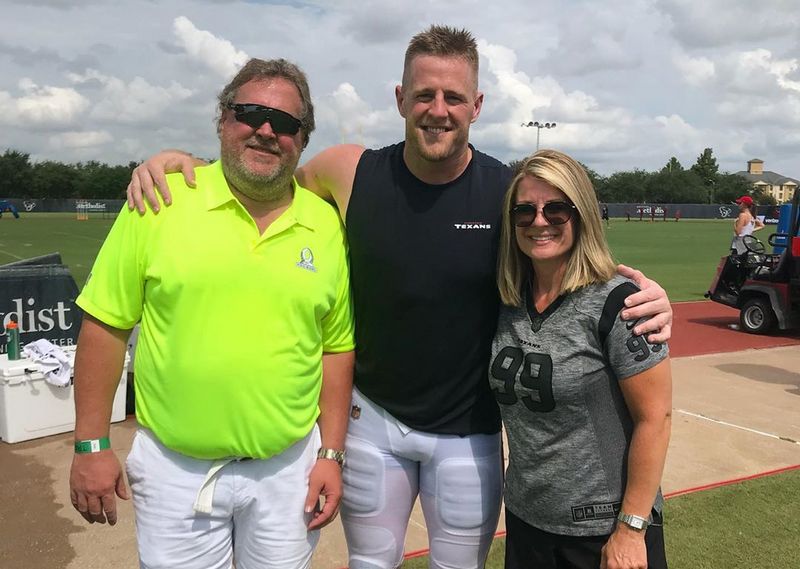 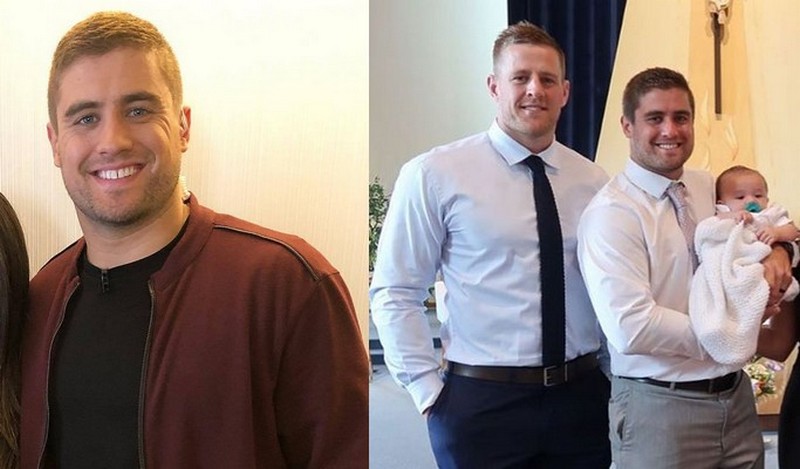 Although Justin James seems to be the most renowned among his brothers, Derek has also proved his skills in playing football, as today he is a fullback player in the Los Angeles Chargers team. Like his brother, he is also a member of NFL. Derek has played American football since high school, and he performs fairly well on the field. Derek and J.J. are a good example of a warm relationship between brothers, as they spend their free time in their hometown with their family. 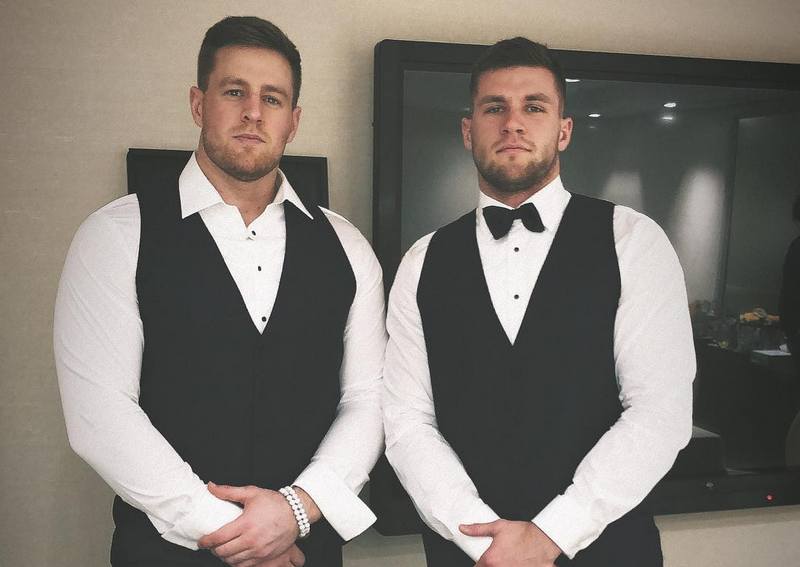 Trent Jordan is the youngest in Watts family. As well as his elder brothers, T.J. plays football. At present, he is a linebacker for the team called Pittsburgh Steelers and is also a member of NFL. He wasn’t active in sports from 2012 to 2015 and even had a knee injury in 2014, but since 2015 he has had a range of football achievements. He is on good terms with his older brothers, which is not surprising, as they all have a common scope of activities. 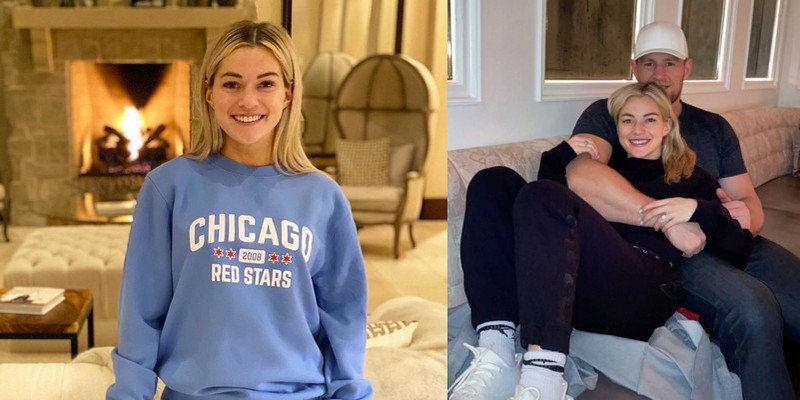 J.J. Watt’s girlfriend is also engaged in sports. In fact, she is one of the best American soccer players among women, although she is blind in her right eye since childhood. Kealia is famous for scoring the only goal during the final match of the 2012 FIFA Women’s World Cup, which led her team to the victory.

The couple has known each other for years. They started dating in 2016 and three years later in May 2019 J.J. made a proposal to his significant other and now Kealia and Justin James are engaged. They both share many posts in social media, supporting each other and making love confessions. These two are definitely a perfect match!

Updated! On February 15, 2020 the couple got married in the Bahamas. J.J. wrote in his Instagram: “Best day of my life. Without question.”

He doesn’t have kids.