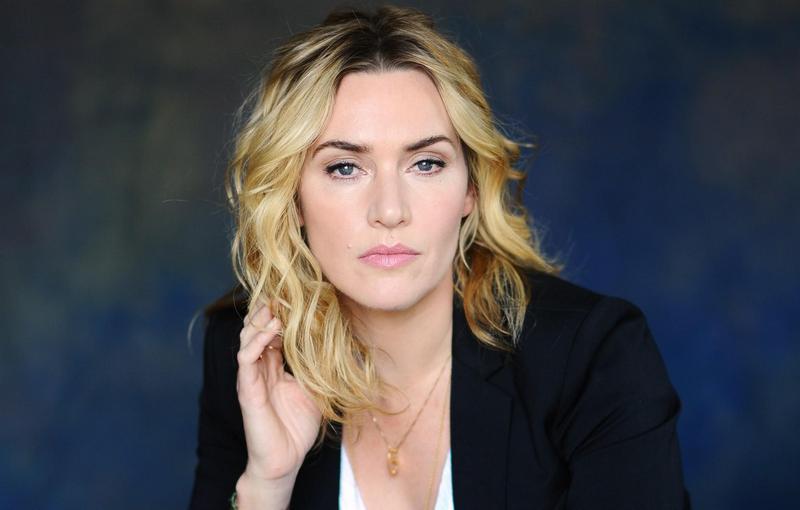 British talent Kate Winslet is a brilliant character actress, who successfully took on numerous complex and different roles. Acting was in her blood from the very beginning. Kate’s grandparents were actors and even ran a famous theatre in her home town. Out of the three Winslet sisters, all of whom chose acting as their careers, Kate is the most successful. With four Golden Globes, three BAFTAs, and one Academy Award, Winslet is one of Hollywood’s biggest treasures.

Kate Winslet broke into stardom after receiving her first BAFTA for starring in Sense and Sensibility (1995), and became a household name worldwide with her role in Titanic (1997). Although Winslet keeps to herself, she’s best friends with her Titanic co-star Leonardo DiCaprio, who worships her. So while we know so much about her acting career, what about the personal side to the English actress’s life? Let’s find out everything about her family. 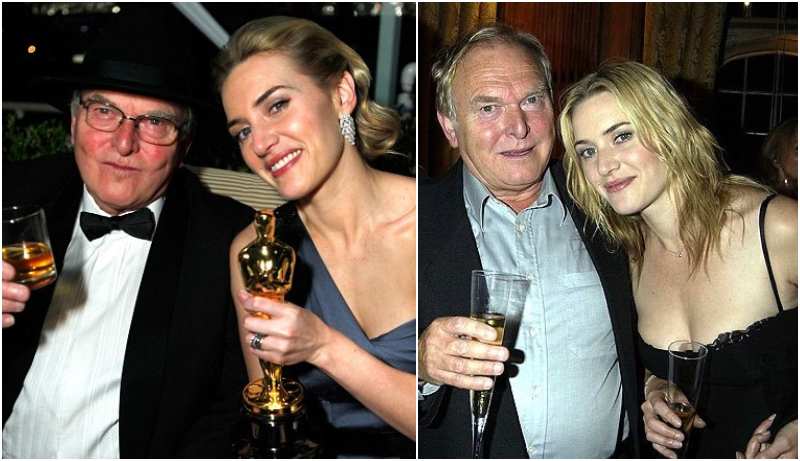 He was a struggling actor often forced to do manual labor in order to support his big family. Roger had some small episodic roles on TV shows, but nothing that could provide him with steady income. When Kate was 10 years old, Roger injured his foot, which made it hard for him to work. Despite the fact that Winslet family had a hard time making ends meet, they grew up in a loving and caring environment.

Roger is a member of the band The Gas. 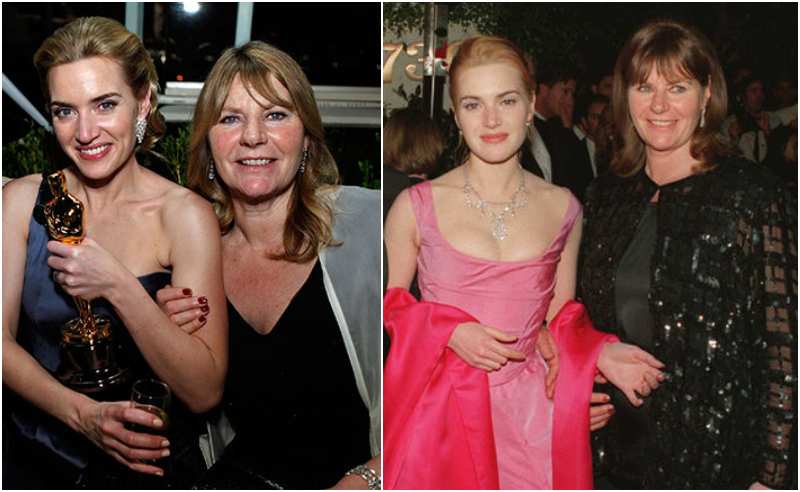 She also tried to make a career in acting, but, like her husband, was unlucky and mostly worked as a nanny and waitress. Sally passed away in 2017 after losing the battle against ovarian cancer. 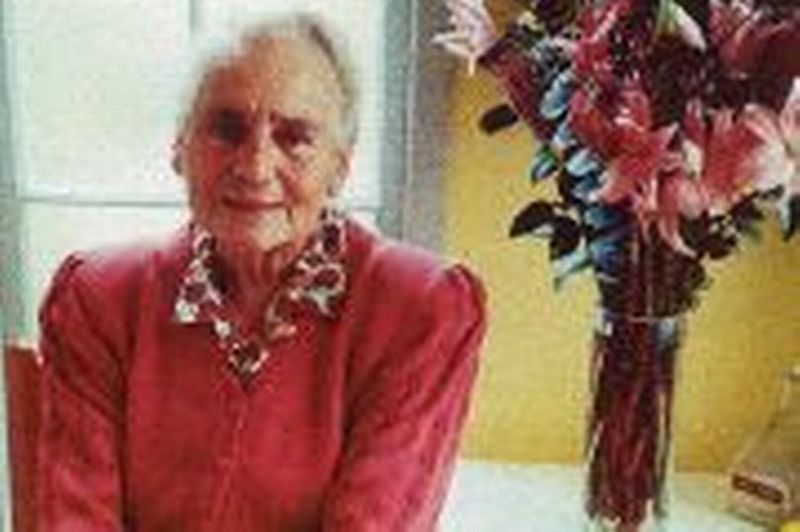 She was popular dancer and actress from London. Linda attended the Italia Conti stage school.

He was a dentist and married Linda in 1938 after divorcing his first wife.

He was a manager in men’s clothes shops. 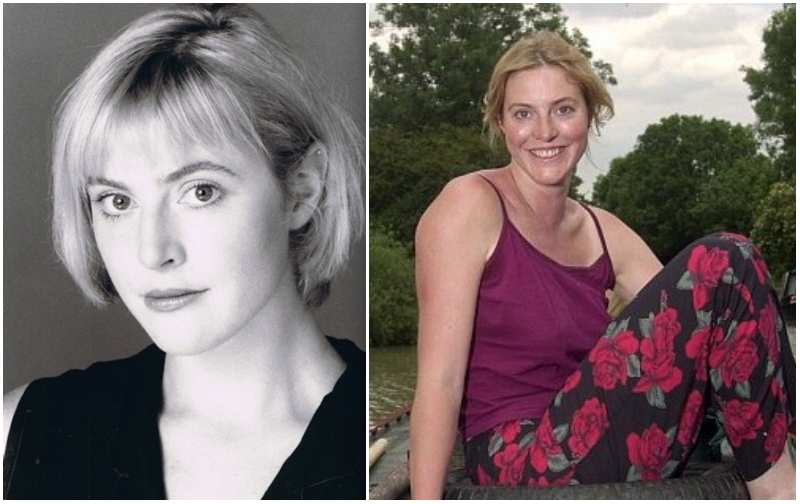 Anna is the oldest Winslet sister and an actress. Her career is not nearly as successful as Kate’s. She’s mostly starring in small TV movies and performs in theatre. She married fellow actor Edmund Harcourt in 1998, but the couple welcomed their first child in 2017. Anna was 45 years old when her son was born.

Together with husband they run a production company Hogarth Productions. 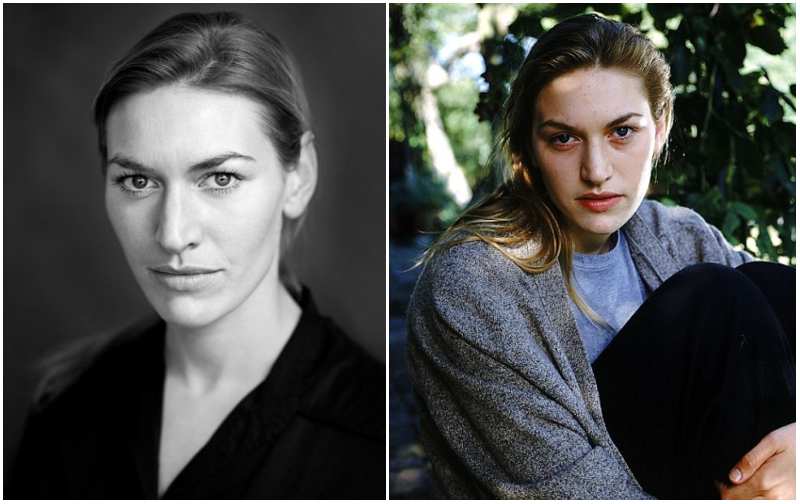 She is an actress, just like her two sisters, and is best known for such films as Bodywork (2001) and The Shadow Within (2007). Beth has never been married, but has two children: a son George Bryn Mawr Winslet-Jones was born in 2000 to Winslet and her then-boyfriend Gareth Rhys Jones, and a daughter Pearl Steedman, whom Beth had with her current boyfriend Harry Steedman, born in 2009.

Almost nothing is known about Kate Winslet’s only brother Joss. He’s the only one in his family that didn’t try to get into acting. His marital status is unknown, but he definitely doesn’t have any children. 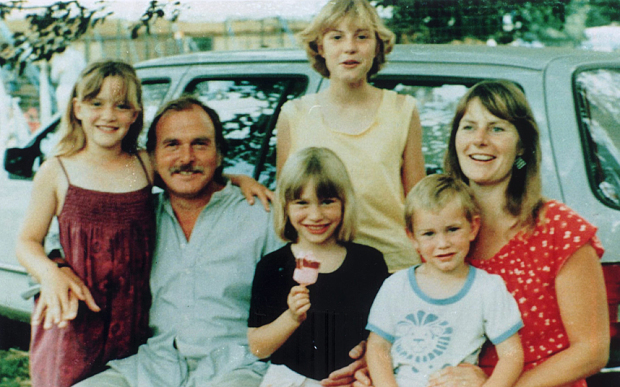 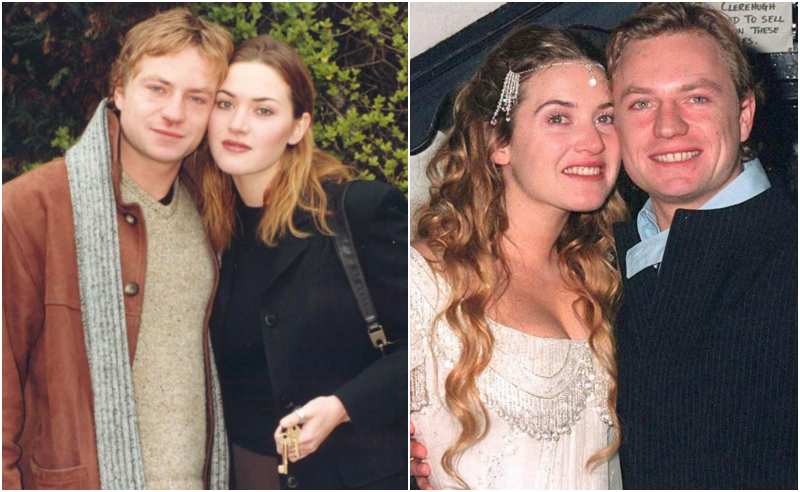 Kate and Jim met on the set of Hideous Kinky (1998) the same year legendary Titanic hit theatres. The two quickly fell in love and married a year later. Winslet often talked about how happy she is in her marriage. The couple got even closer after the birth of their daughter, Mia, in 2000. However, things went south as quickly as the Kate and Jim fell in love. A little over a year after Mia was born, Threapleton and Winslet announced their separation. It’s still unknown why exactly did the couple break up, but it’s been speculated that Kate got too busy with her work and their relationship didn’t survive the distance.

Threapleton got married for the second time in 2008. His second wife gave him two more daughters in 2009 and 2013. 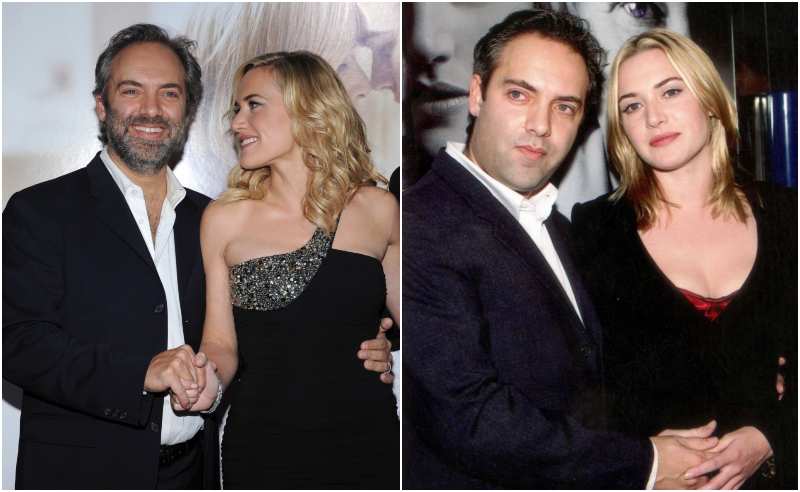 Sam Mendes and Kate Winslet were Hollywood’s golden couple. They fit as great together as their two Academy Awards looked perfectly with each other. In 2002, the acclaimed director offered Kate a role in his play, which she refused, but decided to pursue Mendes romantically.

They got married in May of 2003 out of the blue during a vacation in Anguilla. However, they might’ve been pressured by Winslet’s pregnancy, because Kate gave birth to their son, Joe Alfie, that same year. After several years of never working together, Winslet finally gave in and let Mendes direct her and Leonardo DiCaprio in Revolutionary Road (2008), film about a couple going through separation. Ironically, that’s when Kate and Sam started experiencing issues. There have been rumors about Mendes’s affair with actress Rebecca Hall, but nothing was confirmed. The couple separated in early 2010 and divorced somewhere in the beginning of 2011.

Since Winslet, Mendes remarried in January 2017 and welcomed his second child, a daughter, that same year in September. 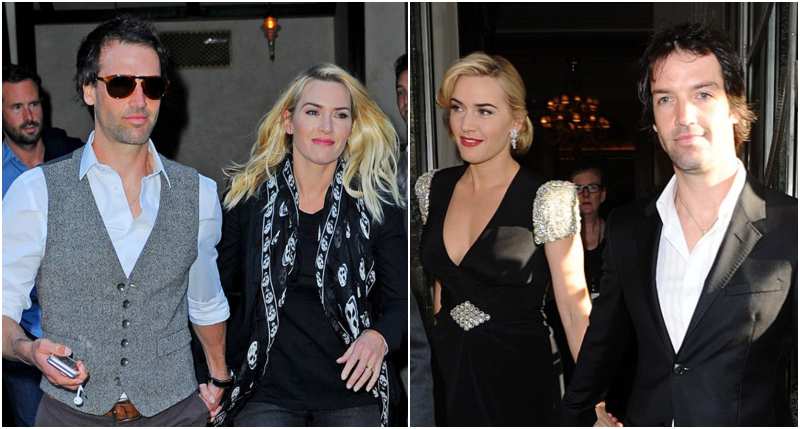 Kate Winslet has always kept her marriages under wraps, and were even once quoted saying she was “proud” of the silence surrounding her divorces. But, the famous actress is more than willing to talk about her third husband, whom she is head over heels about. They fell in love accidentally due to a fire at Necker Island, where Kate Winslet was visiting in 2011. The actress was vacationing at Richard Branson’s house on the island, and it just so happens that Rocknroll is Branson’s nephew and was also there at the time of the fire. The accident forced Winslet to spend more days at the estate, and subsequently, get to know her future husband. Rocknroll and Winslet got close fast, and were married a year later. Unlike Kate’s previous husbands, Ned isn’t in show business. He works for Virgin Atlantic, a company that’s developing a commercial spacecraft for space tourists.

Ned and Kate are raising their son Bear Blaze, who was born in 2013, together. Before Winslet, Rocknroll was married once from 2009-2011. Bear is Ned’s first child. 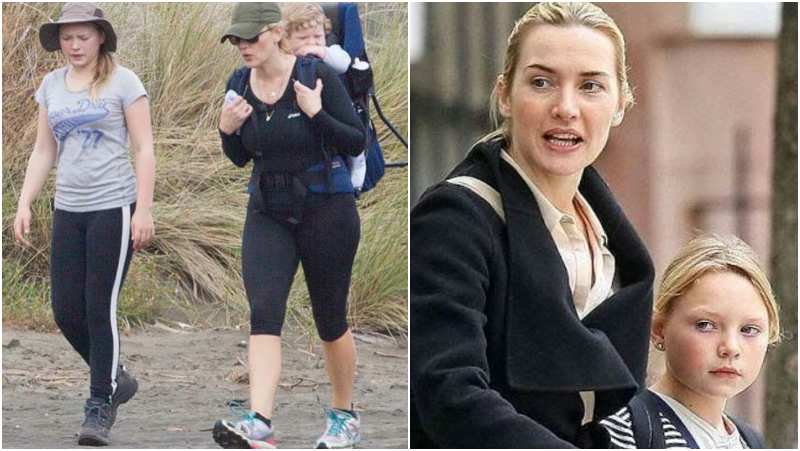 Kate Winslet is just as protective of her children as she is of her own personal life. Her oldest daughter, however, might soon enter the spotlight, as she aspires to be an actress, just like her mother, Winslet revealed Mia’s dreams when her daughter was only 15 years old. Kate is very supportive and said she’d be happy for her daughter no matter what. Currently, Mia is focusing on her education and enjoys horse riding, which is one of her hobbies. 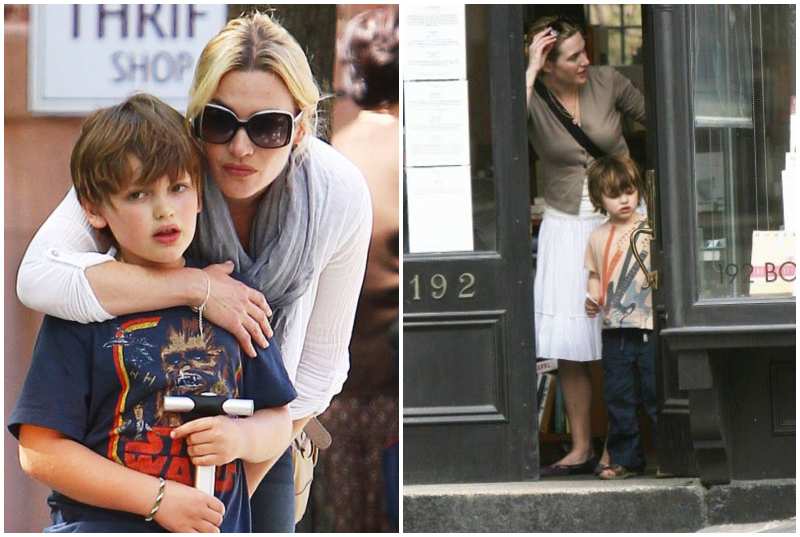 Just like his older half-sister Mia, Joe Alfie is focusing on school. It’s known that Joe lives with Kate and his other two half-siblings. 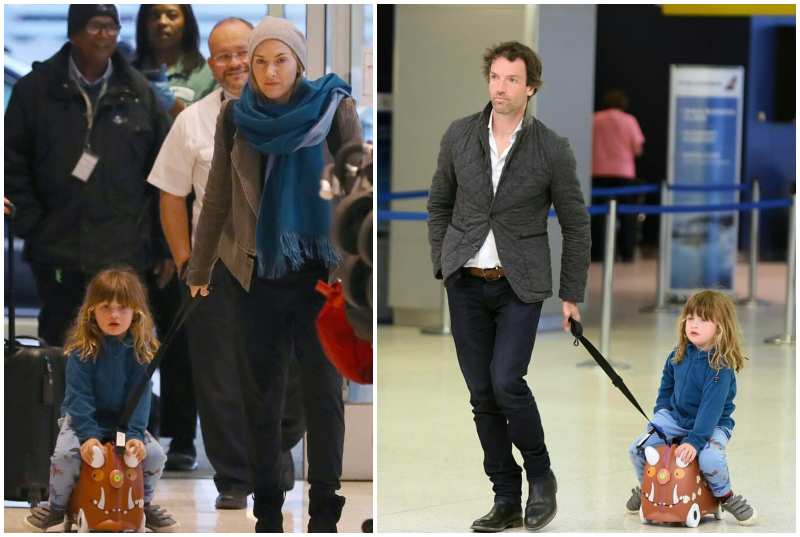 Winslet and Rocknroll’s only child can boast an unusual name, but what are its origins? Kate and Ned decided on Blaze to pay homage to their first meeting during a house fire at Richard Branson’s house. And Bear was a nickname of one of Winslet’s friends, which she always really liked. Bear Blaze lives with the rest of his family in Sussex, where Winslet moved her kids after her third child’s birth for some peace and quiet.

What You Should Know about Kevin Gates’ Family?
Football Star Reggie Bush and His Family