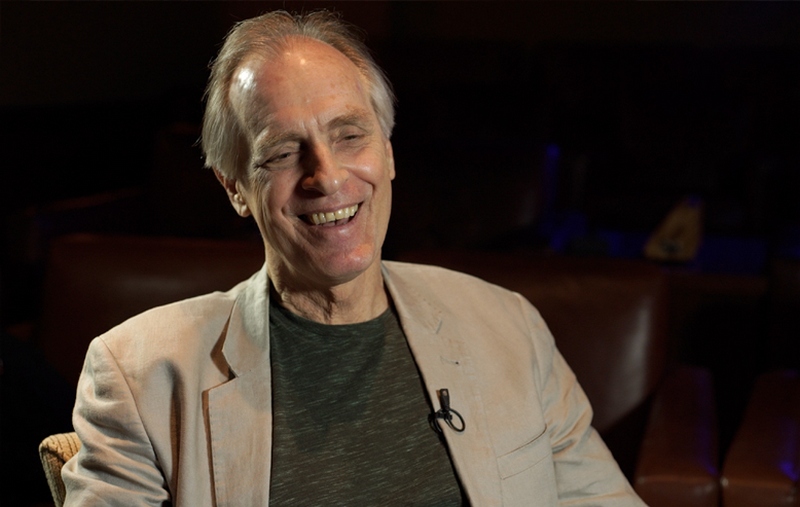 Keith Carradine is a famous American actor, representative of the popular Hollywood acting dynasty. He is a pure legend of both the Broadway scene and the television industry. He is best known for remarkable roles in Nashville and Dexter TV Shows. Besides, he is a songwriter and winner of Golden Globe and Oscar awards.

Keith has repeatedly pointed out that he had a rather difficult childhood. His father often drank, and his mother was quite a depressive woman with signs of manic schizophrenia. Parents divorced in 1957 when he was eight years old. The court commissioned custody of Keith and his brother’s to father.

After high school, Carradine wanted to become a forester, but he enrolled at the University of Colorado. After the first semester of study, he realized that he was doing something wrong and returned to California. His older half-brother David insisted on continuing his studies paid for his acting and vocal lessons and helped hire a personal agent. Soon enough, his acting career began with the role of a cowboy in the McCabe & Mrs. Miller (1971). Let’s have a closer look to his family. 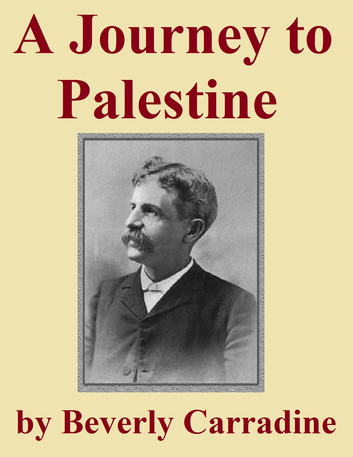 It’s logical to start the story of the Keith Carradine family from the start. Namely from the person who started this talented dynasty. Such a person was Beverly, his great-grandfather, who was American Methodist minister. He was a leading evangelist for the holiness movement and a productive author, writing primarily on the subject of sanctification.

He was a correspondent for the Associated Press.

She was a surgeon. 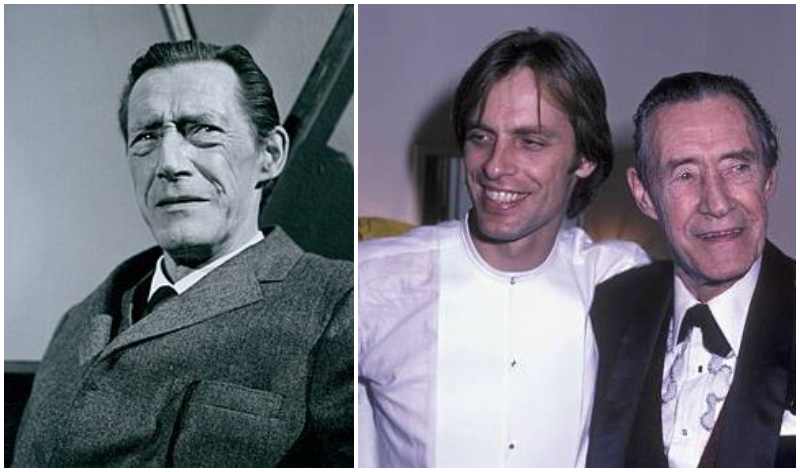 The Carradine family is the family of the American minister Beverly Carradine and his grandson, the actor John Carradine, who had five sons, four of who became actors.

Keith inherited acting talent from his father, who had been closely involved in the cinema industry all his life. He is also an American character actor, who performed the roles (usually episodic and second-order) in 351 films, of which many are true Hollywood classics. The father of the actor was married four times, his four sons and grandchildren followed in his footsteps and became actors.

John Carradine has a motion pictures star on the Hollywood Walk of Fame. Also, he was inducted into the Western Performers Hall of Fame at the National Cowboy & Western Heritage Museum in Oklahoma in 2003.

John had 4 wives, the first one Ardanelle McCool Cosner (mother to Bruce and David), second one Sonia Sorel (mom to Christopher, Keith, Robert and Michael Bowen), the third one Doris (Rich) Grimshaw (didn’t give birth from John, but was a mother to Dale and Michael), the fourth wife Emily Cisneros. 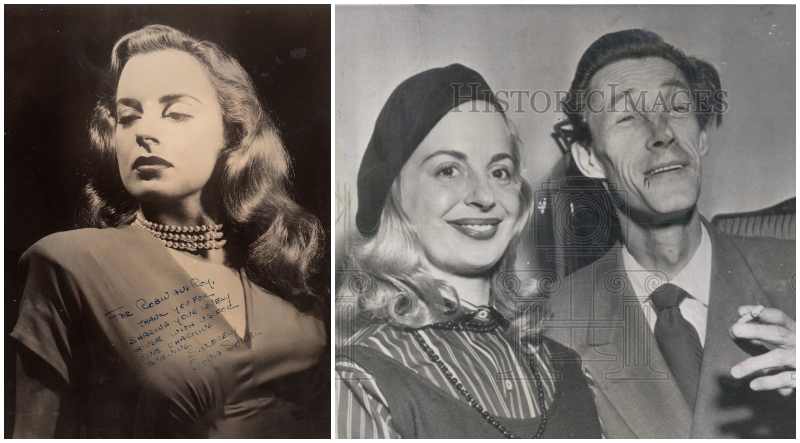 The actor is a representative of the actor’s dynasty, as his mother also actively starred in various films. She starred in films such as Harold and Maude (1971), Captain Kidd and the Slave Girl (1954) and Blonde for a Day (1946).

She married John Carradine in 1945; together they had three children. Unfortunately, the happy story of the spouses did not succeed, so they separated in 1957. 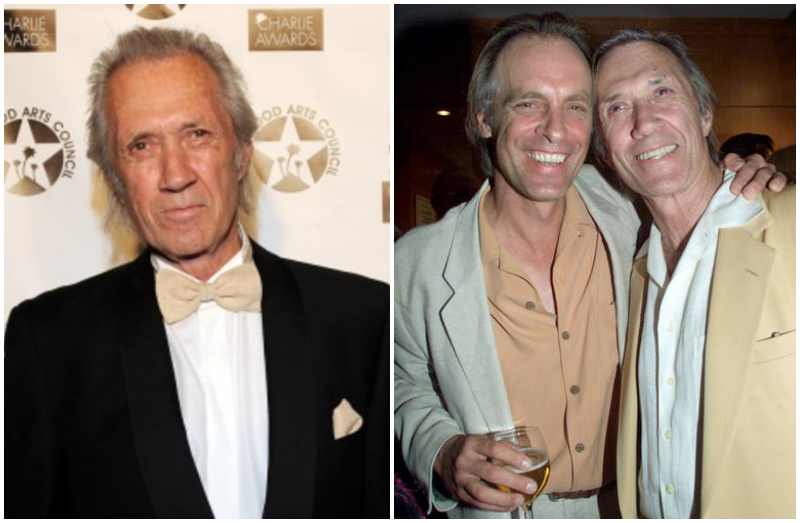 David was married five times and had three children and four stepchildren. He became popular in the 1970’s after participating in the Kung Fu TV series. In total, the actor starred in more than 100 movies, mostly on the subject of martial arts. For David, a new round of popularity appeared due to his cast in Quentin Tarantino‘s sequential Kill Bill movies, in 2003 and 2004.

He died under quite strange circumstances in 2009. His death was akin to an accident during sexual experiments. However, the family of the deceased insisted on a thorough investigation and clarification of all circumstances of death. 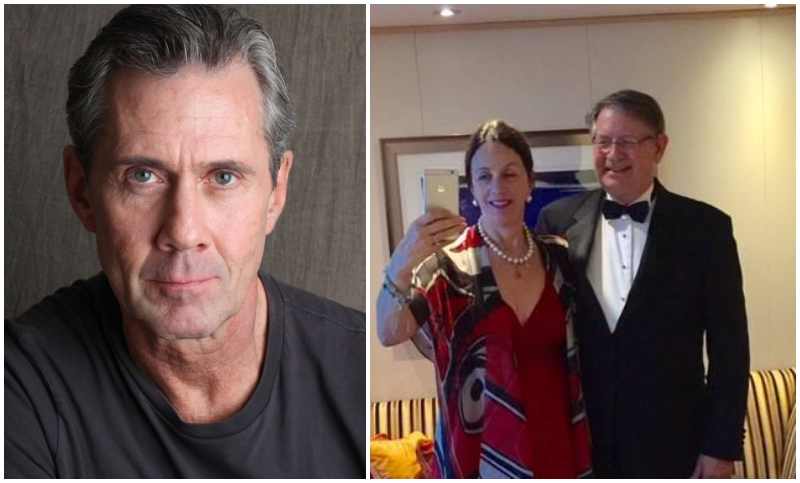 Christopher is an architect who became Vice President of Walt Disney Imagineering. He has been married to Carolyn Martin since 1979, they have 3 children. 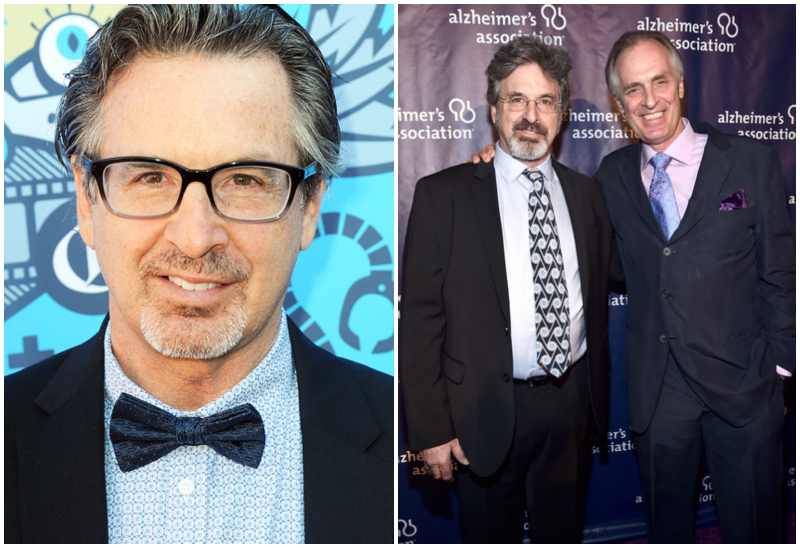 As for Keith’s younger brother Robert, he also made significant progress in the field of cinematography. He became popular by the dint of Lizzie McGuire live-action scripted teen sitcom. He took part as a Samuel “Sam” McGuire, the father of the main character who is played by Hilary Duff.

Robert divorced Susan Snyder and has been married to Edie Mani since 1980, with two children in this family. Incidentally, the actor’s children also continue to enjoy the glorious family traditions – the daughter of his first marriage, Ever Carradine also became an actress.

He is now an executive producer of King of the Nerds.

Michael Bowen (half-brother from mother side) 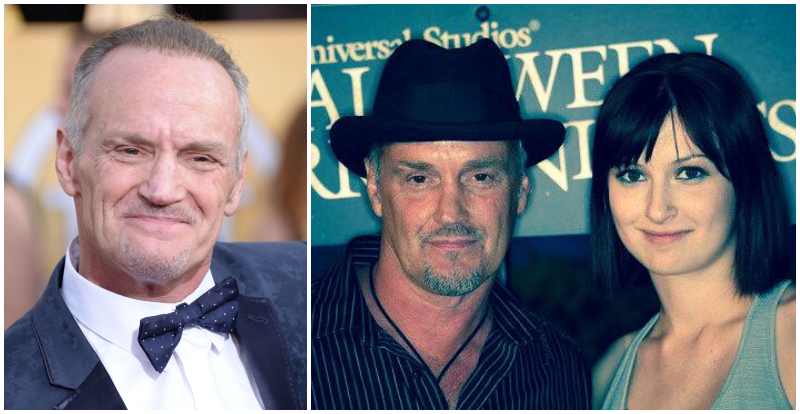 He is best known for portraying Danny Pickett on the ABC series Lost and Jack Welkeron on the AMC series Breaking Bad.

He is a father to Alexa Bowen. 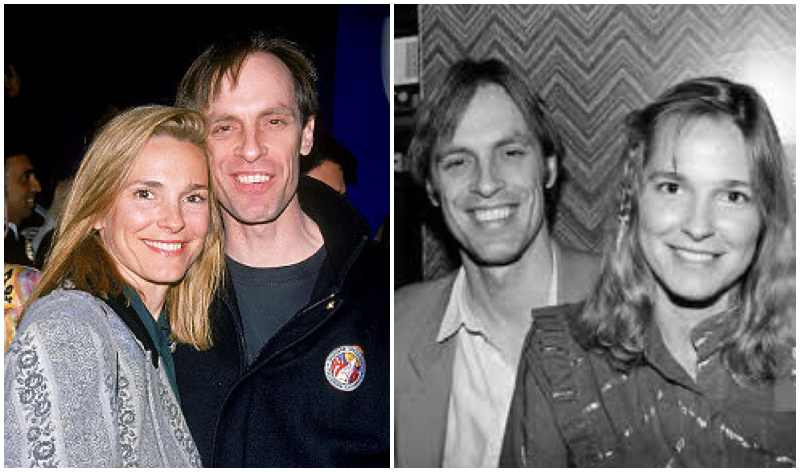 She is an actress popular for such movies, as Thank God It’s Friday (1978), Choose Me (1984), Cocktail (1988) and more. Around the time of separation with Keith, she became involved with Anthony Pellicano, a high-profile Hollywood private investigator who was involved in extensive illegal wiretapping activities.

In 2006, she pleaded guilty to perjury for lying under oath about her awareness of Pellicano’s wiretapping of Keith Carradine’s phone. 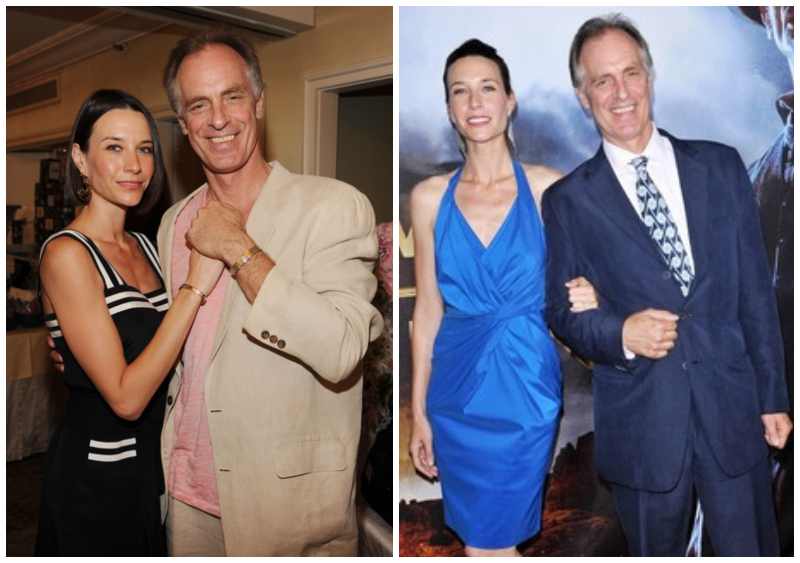 Hayley is an actress known for small roles. Their wedding was in Italy.

Who are Keith Carradine’s kids? 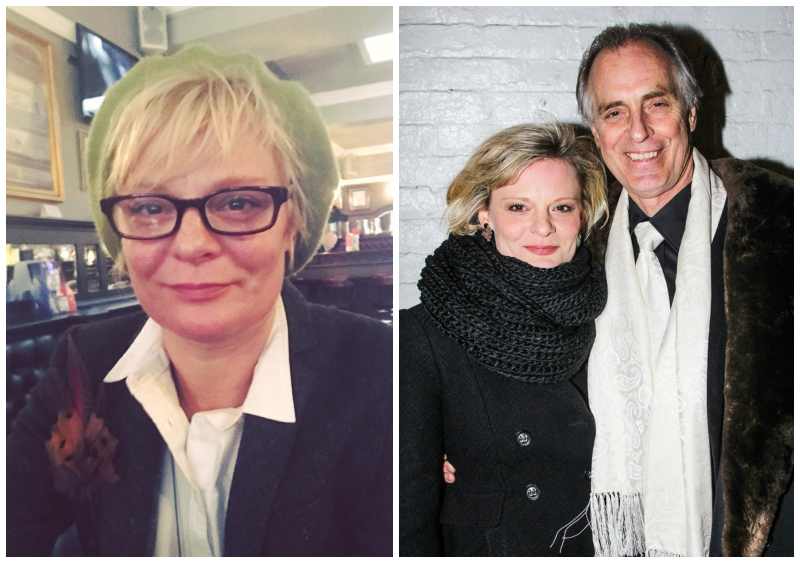 Martha was born while her unmarried parents Keith and Shelley Plimpton were performing together in the Broadway production of Hair (1970). Keith and Shelley just have some kind of affair and nothing more serious. For this reason, daughter and father were not much kept in touch. 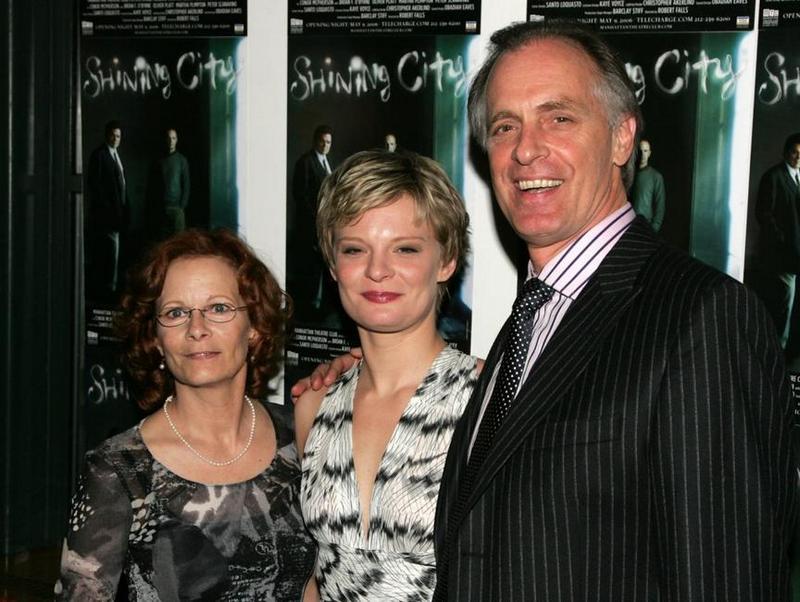 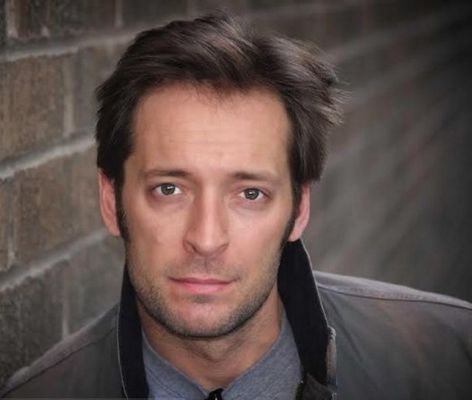 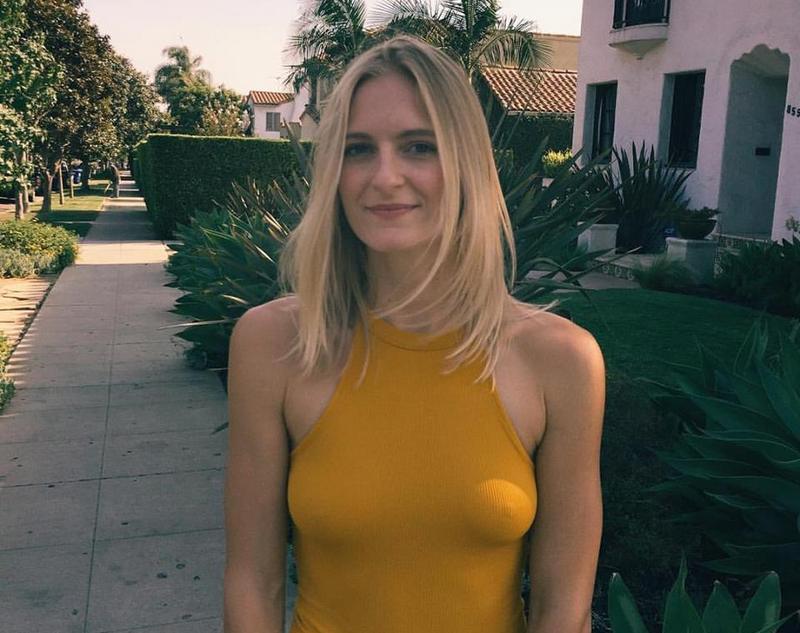 Bill Murray’s Family and His Boys’ Squad
Meet the Tom Hardy Family, One of the Highest Profile Actor