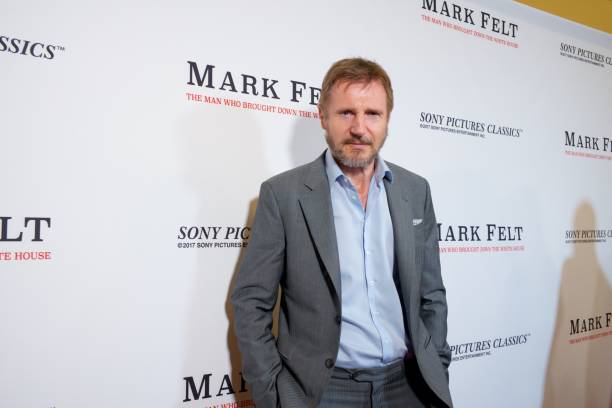 Undeniable charisma, impressive talent and incredible versatility are just a few words that effortlessly describe the infamous Liam John Neeson. He is the handsome Irish native whose name has for decades been on the list of the most celebrated names in the Hollywood industry. Neeson is also popular for his deep gravelly voice that wins the heart of many of his female fans every time. Liam began performing at Dublin’s famed Abbey Theatre when he was discovered by a movie director who then cast him in the movie Excalibur (1981).

Following his role as Sir Gawain, he did supporting roles in many movies until he mastered the art of acting and was finally able to land the major ground-breaking role as Oskar Schindler in the landmark Holocaust docudrama Schindler’s List (1993). The 1993 Steven Spielberg movie also won him his first few award nominations and that was just the beginning of his high-profile career. Read on as we take you through the family life of the talented actor. There is definitely more to him than his roles on screen. 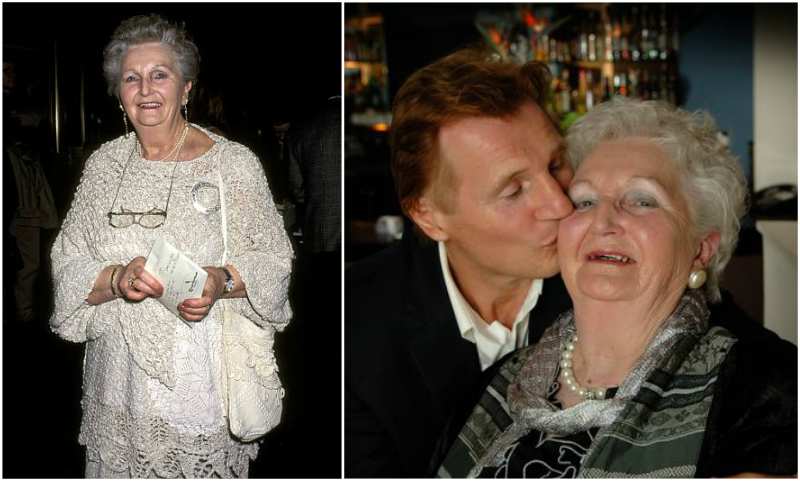 Kitty (as she was fondly called) was a cook and mother of the four Neeson kids. According to her, Liam was such a quiet lad and she never imagined he could turn out to be the star that he is today. She is indeed proud of him and all her other children. 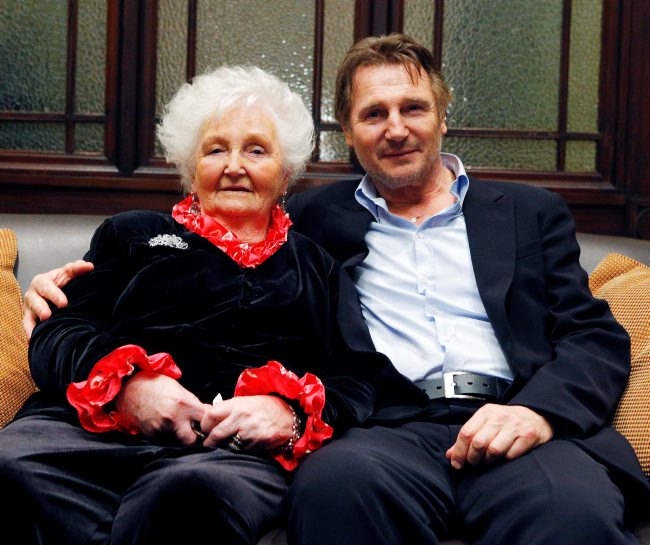 He was a caretaker at the local primary school and father of the Neeson brood who raised his kids up in the Catholic religion. Liam was even named after the local priest. 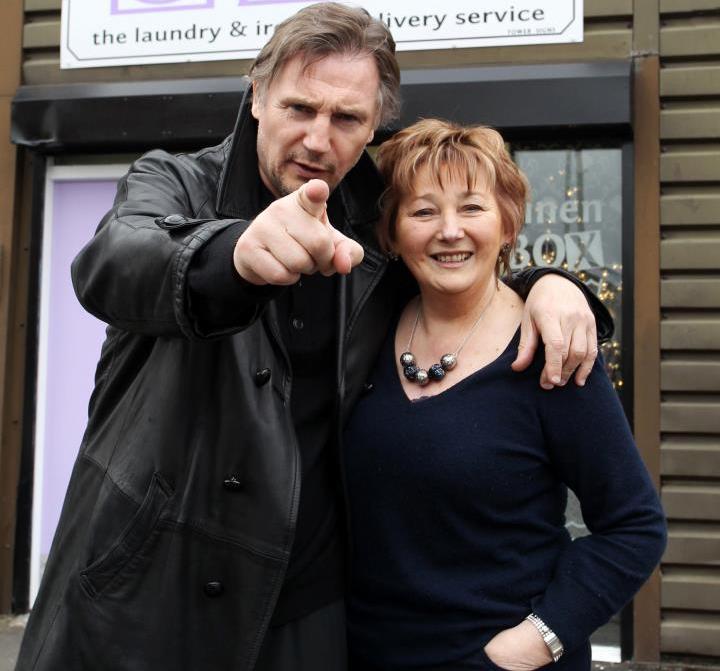 Elizabeth is the first child to Kitty and Bernard. She is an owner of laundry Linen Box in Ballymena. 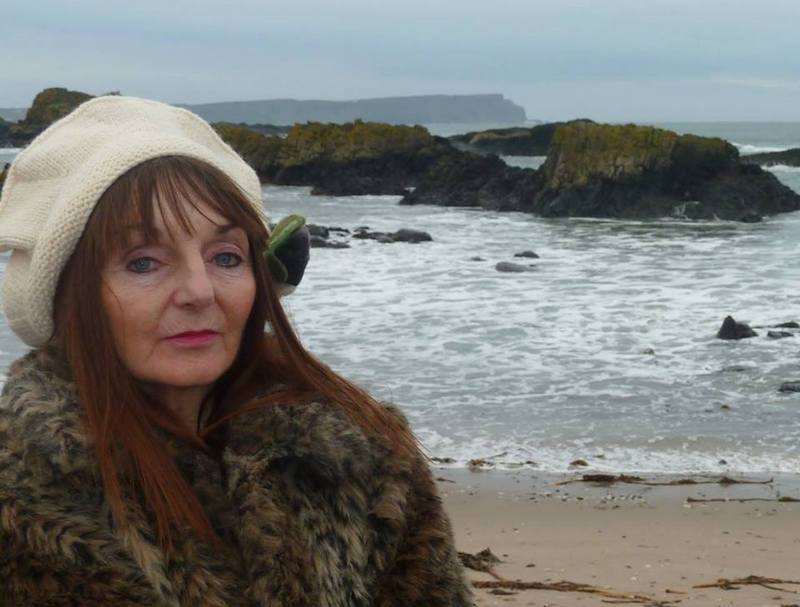 She is the mother of Ronan Sexton who also had a health scare when he suffered a serious injury while out with his friends. 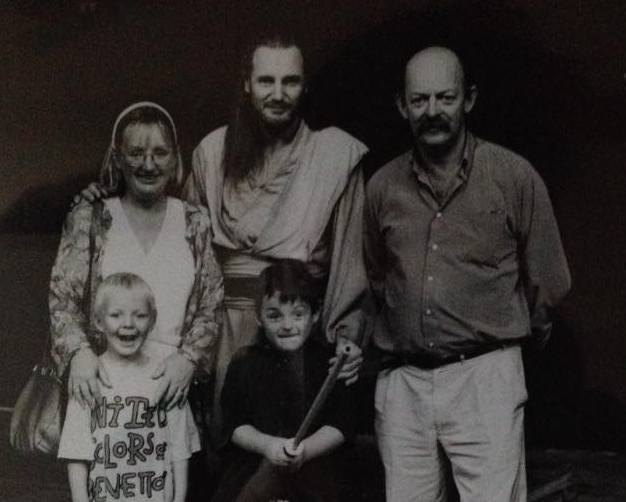 Rosaleen with brother Liam, her husband and kids

Rosaline is another of the Neeson girls and like her other sisters, Rosaline maintains a very quiet life. She is married and has 2 sons. 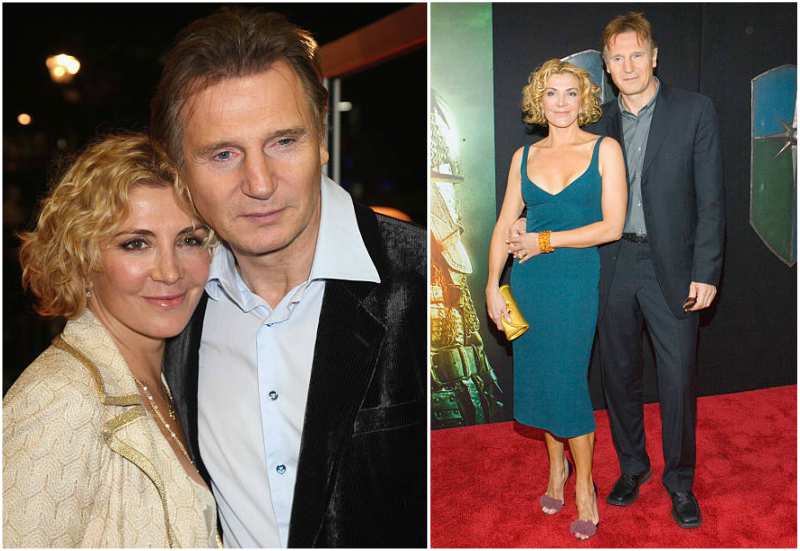 Richardson is the actress famously known for her role as the mother of the identical twins in Parent Trap (1994). She was also a screen actress and member of the famed Redgrave film family. She was first married to filmmaker Robert Fox for two years and was a to-year old divorcee before meeting the legendary actor.

Neeson and Natasha met while co-starring the 1993 Broadway production of Anna Christie and love found them from then on. They dated for a while then got married in 1994 and within three years of marriage became parents to two sons. They are definitely beautiful couple to behold as you could see they were deeply immersed in their love bubble until a tragic event in 2009.

The beautiful Natasha passed away from complications of a freak skiing accident in Montreal. The day the accident happen, she said to her husband “oh darling, I have taken a tumble in the snow” and refusing medical aid, returned to her hotel. Everyone thought it was a minor ski trip accident but with time it proved to be more life threatening.

They later discovered she had an epidural hematoma which made her brain dead from the injury and eventually had to switch off her life support as it was a pact they had made to themselves earlier in the relationship in case anyone ever ended in a vegetative state.

He went in and told her he loves her and she wasn’t going to make it from this one. After her death, he signed that her organs be donated to others who would need it. 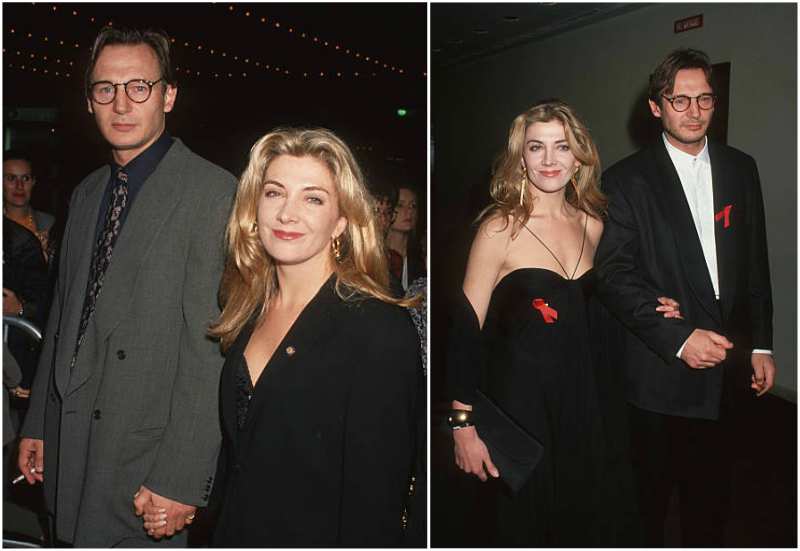 Neeson has admitted that it is indeed the worst thing to lose someone you love; someone you grew old with and watched grow every day. The Love Actually (2003) says his wife showed him how to love and she was the source of his joy for the almost two decades they spent together.

While they were married, Natasha taught the famous actor how to love unconditionally and for this he is ever grateful.

He admitted early this year that her death still seems unreal to him. The first few years were very challenging as he was always listening out for her each time he hears the doors open. When asked what he had learnt from her death, he said he now understands that life is very short and one is to live and love to the fullest everyday like it’s one’s last because one day it would be.

Liam was in a relationship that lasted for two years with PR executive Freya St Johnson. The Hollywood A-Lister seems to have found love as he mentioned in 2016 that he is now dating an “incredibly famous” star but chooses to remain discrete with details of this new relationship. 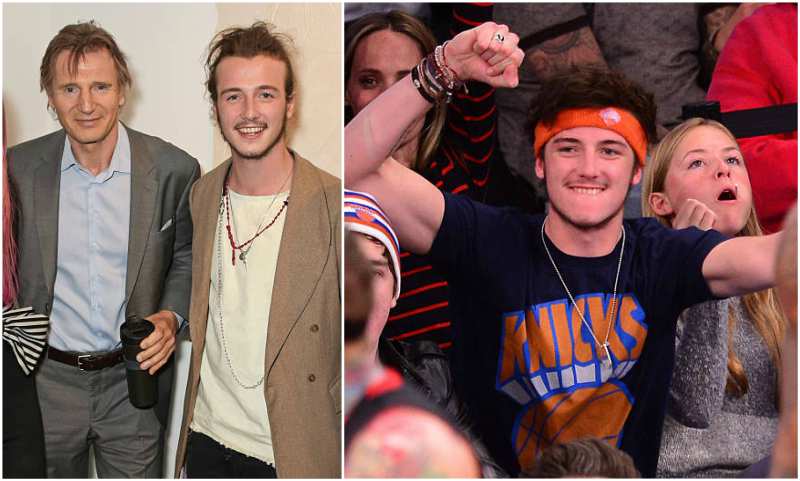 Micheal seems to be following in the footsteps of his famous parents as he is now a budding actor. He previously stayed away from the big screens and was content with being a curator of a fashion art gallery in London. After the death of his mother, the teenage Neeson admitted that he was almost beginning to lose it with drugs but his father and younger brother encouraged him to go to a rehab which he did.

According to the first Neeson son, acting was always a dream for him but his father was never keen on him becoming an actor but Natasha on the other hand always told her son to follow his dreams. He finally did and is now to play the patriotic titular character in the Michael Collins (1996) biopic, a role that won his father Golden Globe 20 years earlier. 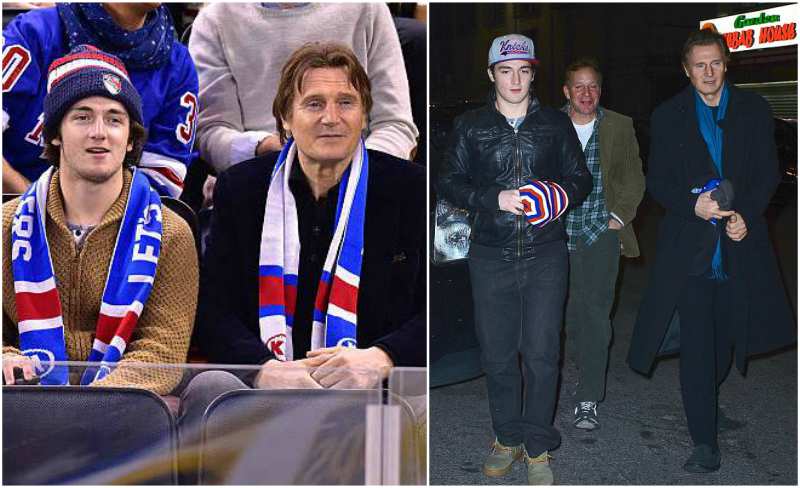 Daniel is the youngest son to the famous actor and he is his mini-me. Neeson and his two sons share an incredibly close bond. He did study in Tulane University. 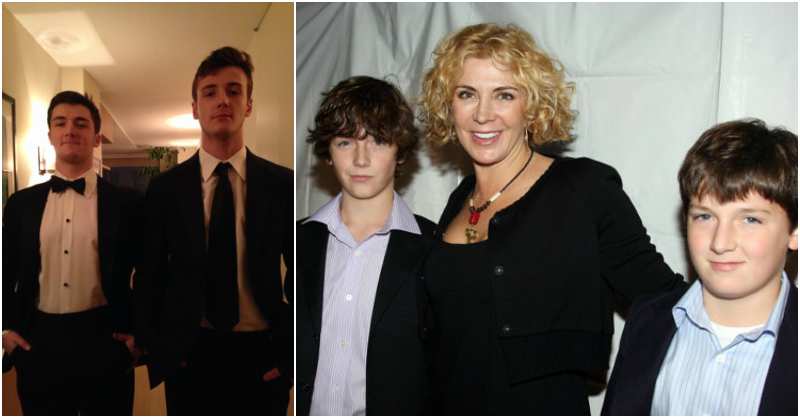