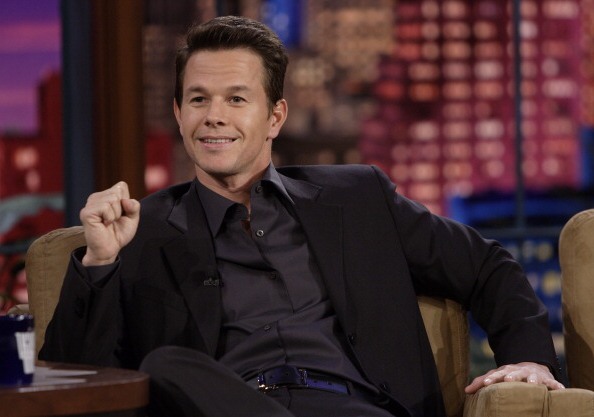 Mark Michael Wahlberg was bornto Donald Edward Wahlberg (a driver) and Alma Elaine (a clerk) in Massachusetts. He is from a lower socio-economic group and had a rough childhood; he had a large family of 9 children with eight older siblings.

As if the struggle of having eight other people to share things with was not enough, Mark’s parents divorced when he was 11 years. His background contributed to his troubled teen years, he dropped out from school at age 14, started using drugs plus petty crimes. He was even charged with attempted murder and his 45 days in custody turned his life to the right path.


Wahlberg, popularly called Marky Mark, a nick-name he got from his rapping group in his early days, is one of the realest people in Hollywood. He finds it hard to mince words but says them exactly as it is. He started his career in his teen as a pop star in the band Marky Mark and The Funky Bunch but soon dropped it to become an actor. 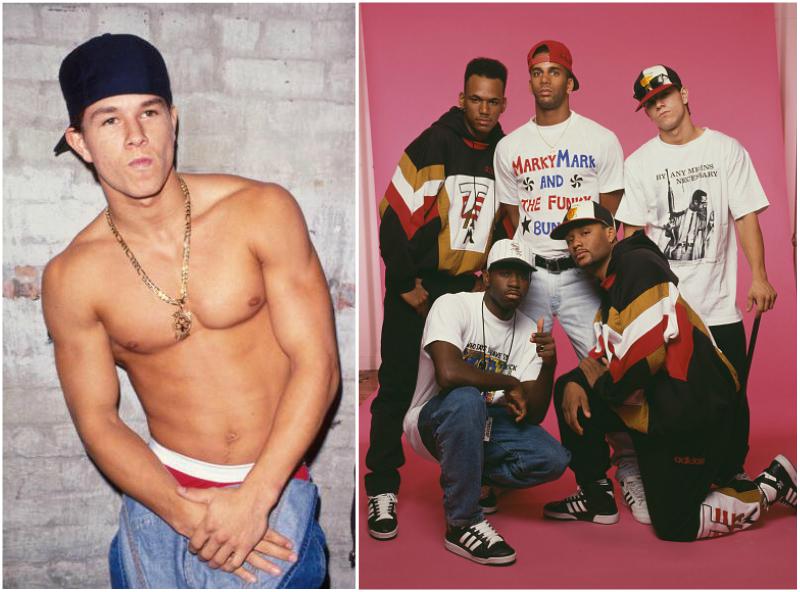 He has many fans on social media and he keeps them updated about his TV show, Wahlburgers. 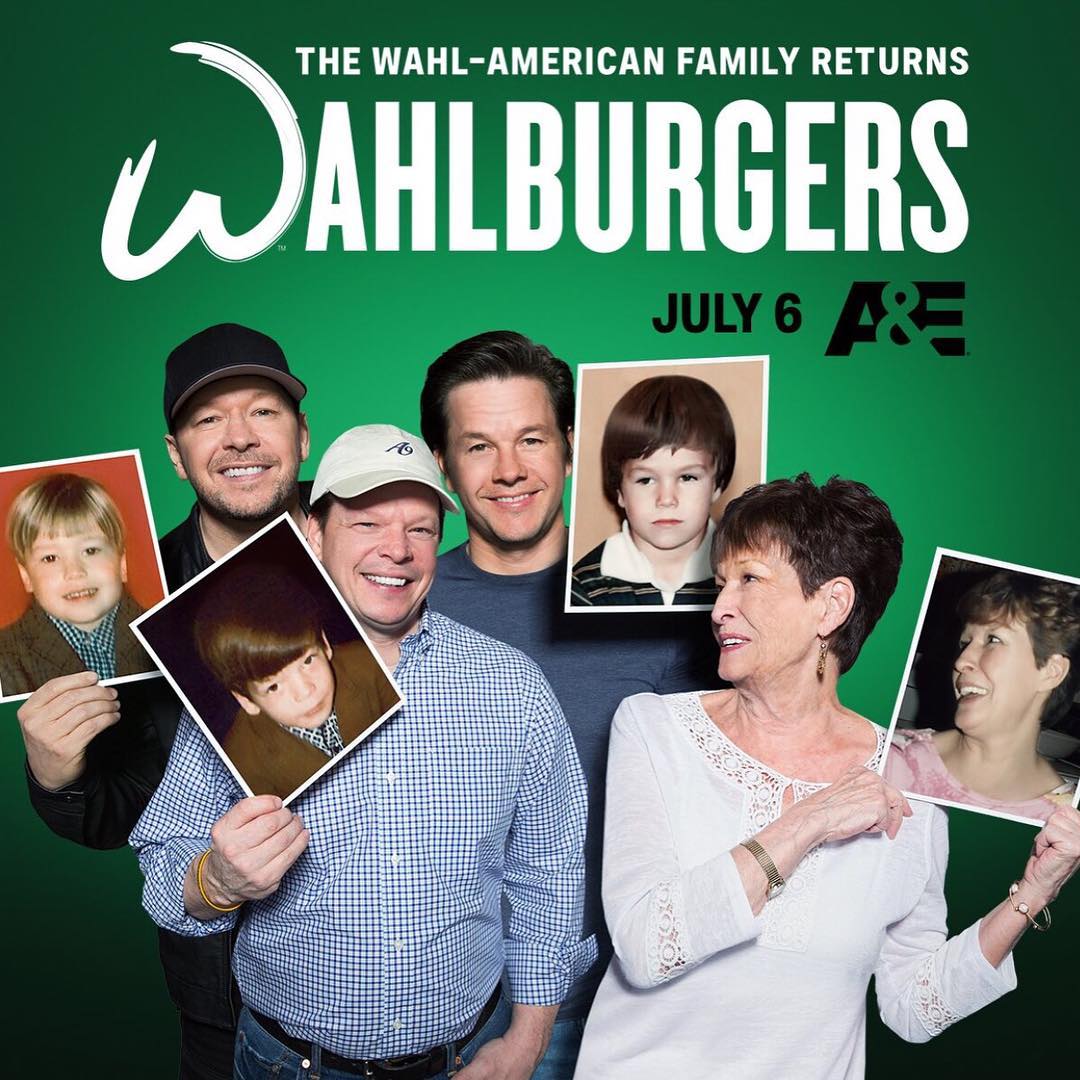 He has one constant thing from his youth, the ideal man physique. A body that definitely gets the attention of most girls, little wonder, he is a celebrity crush to many ladies. Wahlberg is toned, muscular, has a massive biceps, tight abs, and a big chest. With this physique, he is also a model.

Wahlberg was ten on Forbes’ list of World’s Highest-Paid Actor in 2015. Mark is a producer four HBO Series. He is a Roman Catholic though he publicly supports same-sex marriage.

Mark Wahlberg is wearing long hair, a hair he used for Transformer movie. He claims to hate the hair, but his wife loves it. 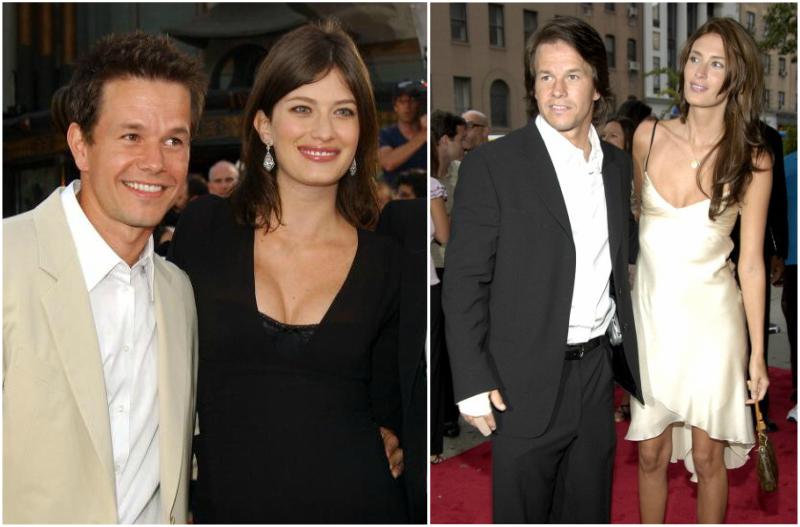 Mark and Rhea Durham started dating in the year 2001, but they didn’t tie the knot until 2009. They have four kids together. Their first child was born 2003 and last born in 2010. Mark has a charity organization. The disciplined father-of-four who spends a lot of time with his kids to instill in them the best moral values, the importance of hard work and of course they have some fun time together.

The over-protective father dreads when his two girls, Ella and Grace, will start dating and wishes it will be in their twenties. 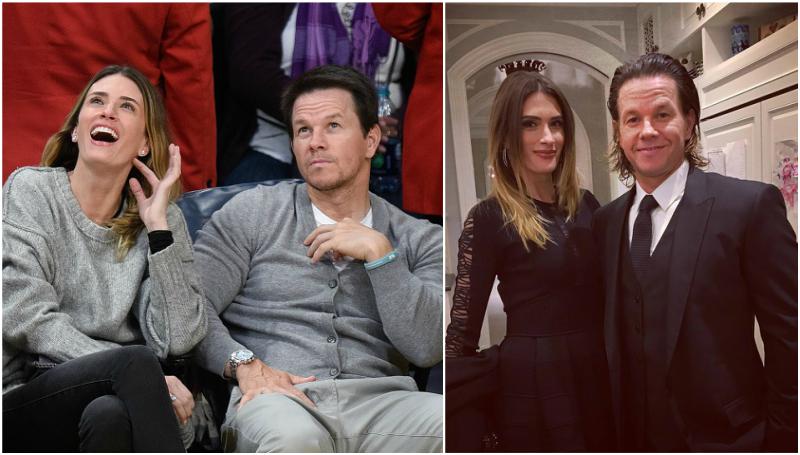 Duration of Marriage: since 2009 till date

The mother-of-four is a model, and she started her modeling career in 1995. She signed a contract with Revlon in 2001. She is the first child, and Rhea has two younger siblings. She loves the family setting and genuinely cares for her husband and children. She sure knows how to have some fun with her husband especially on the beach with both showing off their killer bodies. Rhea and Mark were seen on the red carpet for the premiere of Mark’s new film Patriots Day on November 17, 2016. She has so far featured on the cover of several fashion magazines.

Rhea and Mark are often seen cuddling and showing public display of affection (PDA) in public. The two look really cute together.

Mark Wahlberg and Rhea Durham have been married for seven years and being together for fifteen years, yet they look like two just wedded couple. 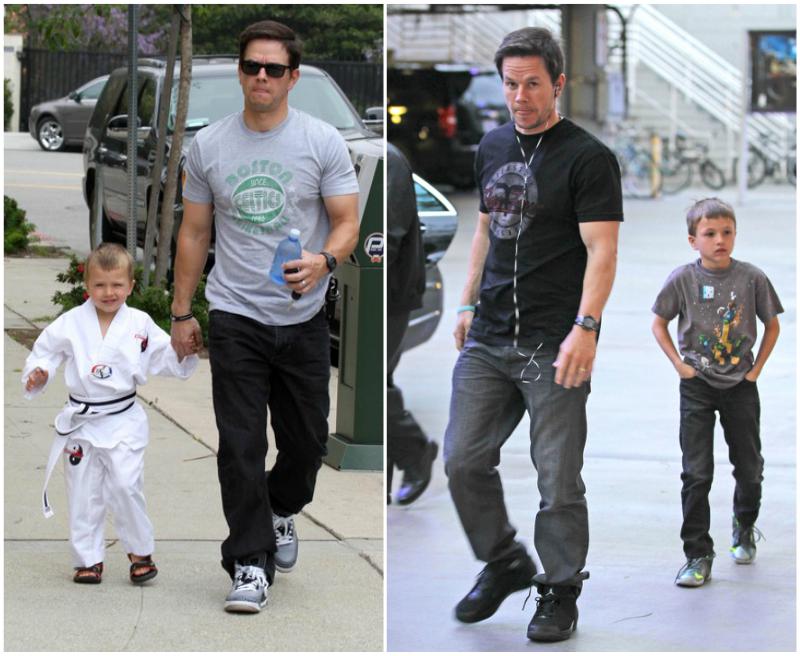 The 10-year old enjoys some father-son time. He goes with his father and younger brother to watch games. He is a soccer player, trust me, Mark Wahlberg is his No 1 fan. His family attends his game whenever he is playing. His younger brother, Brendan also plays soccer. At two years, he was on the list of 50 cutest celebrity babies. 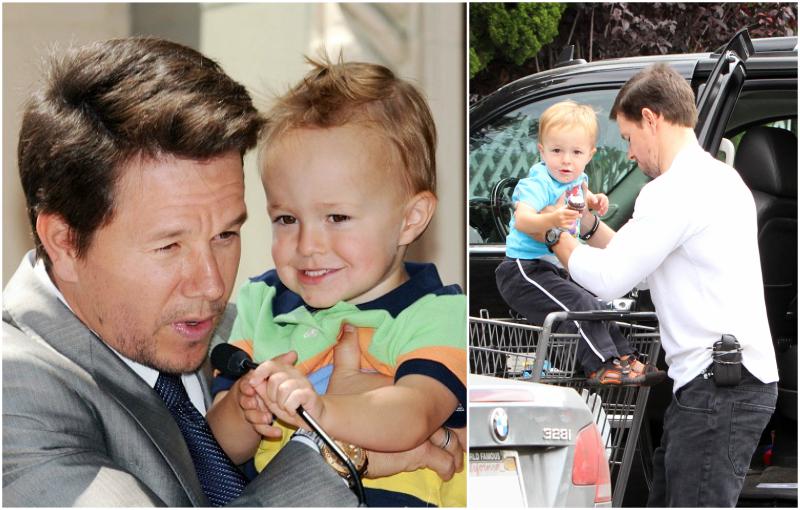 Brendan is the second son and third child of Mark Wahlberg. He and his brother, Michael share a strong bond, and the 8-year-old is steadily following in his footsteps in the soccer world. 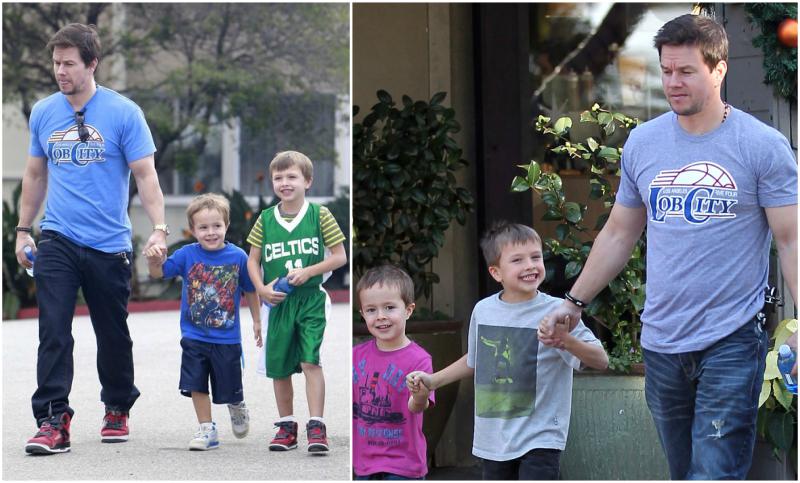 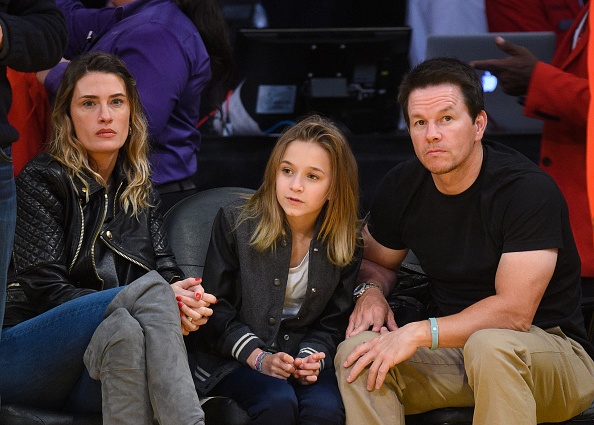 Born in California. Ella Rae is the first child and daughter of Mark Wahlberg. She is that child that follows her parents about even when her other siblings aren’t there. She has been seen on red carpets, games, movies and shopping with either or both parents. She was recently embarrassed by her parents PDA in a game the three went together. 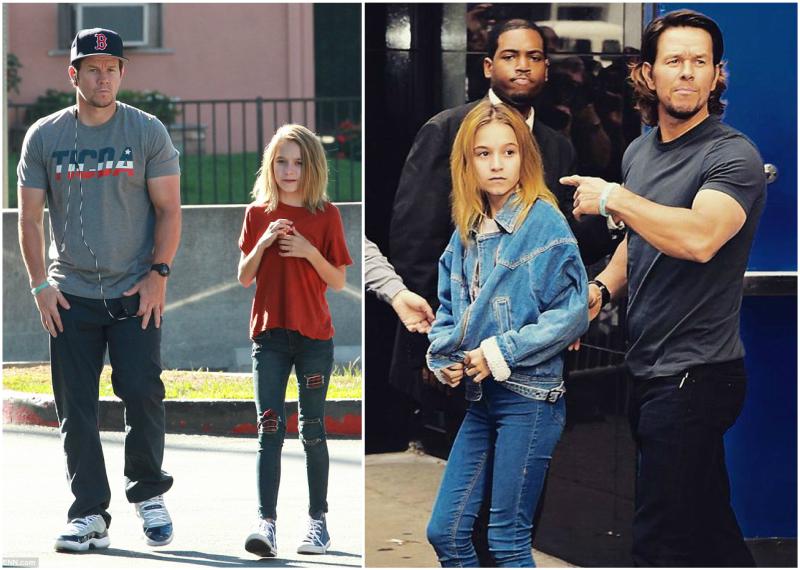 She was sitting in their middle, and the adult two started cuddling. She told her dad to rap on the spot on a show and immediately regrets her request because the odds didn’t work in her favor. She was at the premiere of Deepwater Horizon, her dad’s latest movie. She featured in two episode of the Entertainment Tonight TV series. 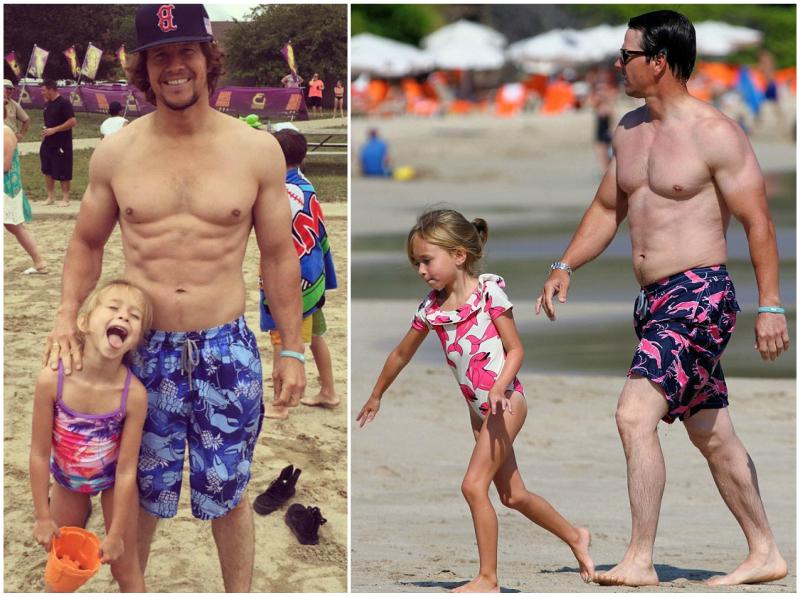 The 6-year-old is the second daughter and last child of Mark Wahlberg. The daddy’s little girl is often seen having a lovely time with her father. She is her mom’s look-alike. She and Ella sometimes go shopping with their mother and to have girls’ time out. 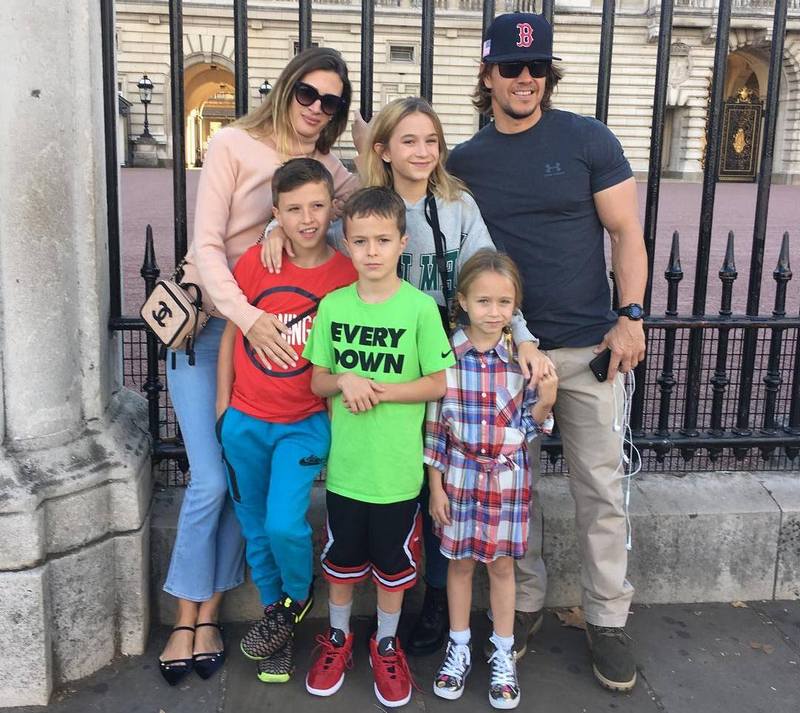