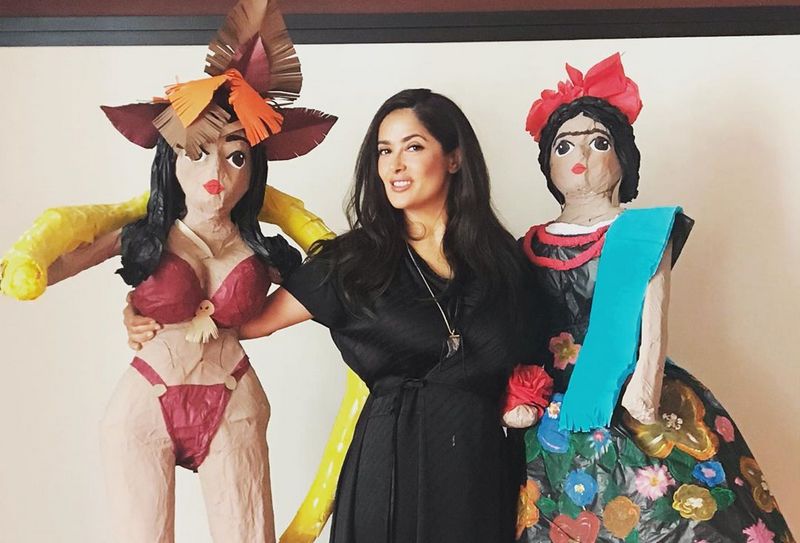 Hollywood discovered numerous movie stars from different countries of the world. Among them, there is a talented and charismatic actress from Mexico — Salma Hayek.

With over 30 films, this actress has also succeeded as a producer and a director. It is noteworthy, she is the first Mexican woman who was nominated for an Oscar for the Best Actress role. People admire Salma for perfect getting into character in Frida, Desperado, From Dusk till Dawn, Dogma, etc.

She is not just an interesting personality and a creative actress. What is a great source of inspiration for Salma? She is a respectful and happy daughter, wife and mother. The family means a lot to her, and encourages to realize not only personal potential in career, but also in her role of a Woman.

Stay tuned and find out some interesting facts about Salma Hayek family! 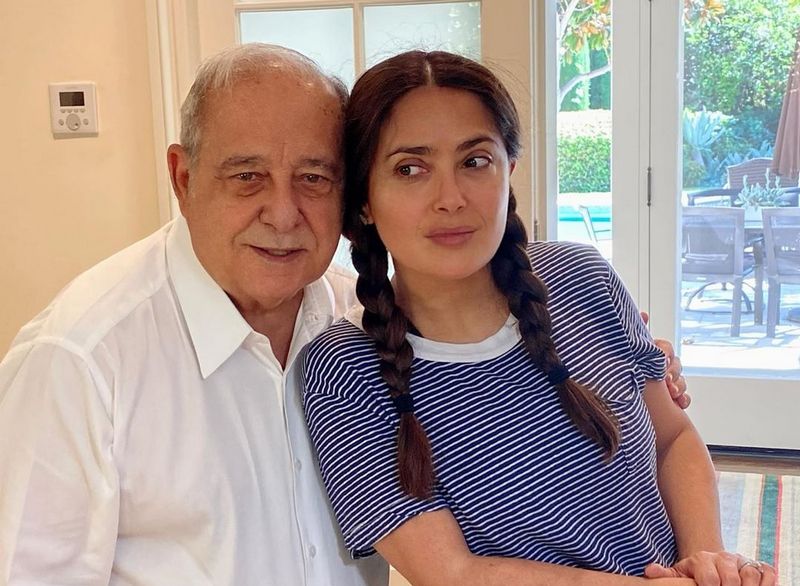 The father of a film start is Lebanese by nationality. He is an influential entrepreneur who made a considerable fortune in the oil market.

Sami did not miss the opportunity to pamper his beloved daughter. Usually, after the Sunday Mass, the Hayek family visited the only cinema in town. Obviously, it was often completely overcrowded. But for their family, that was not a big problem: the father just put little Salma on his shoulders, so the girl could take enjoyment in the performance to the full extent.

A remarkable fact about Sami: he is interested in the politics and prosperity of his own land, so once he even ran for mayor office in Coatzacoalcos, Mexico. 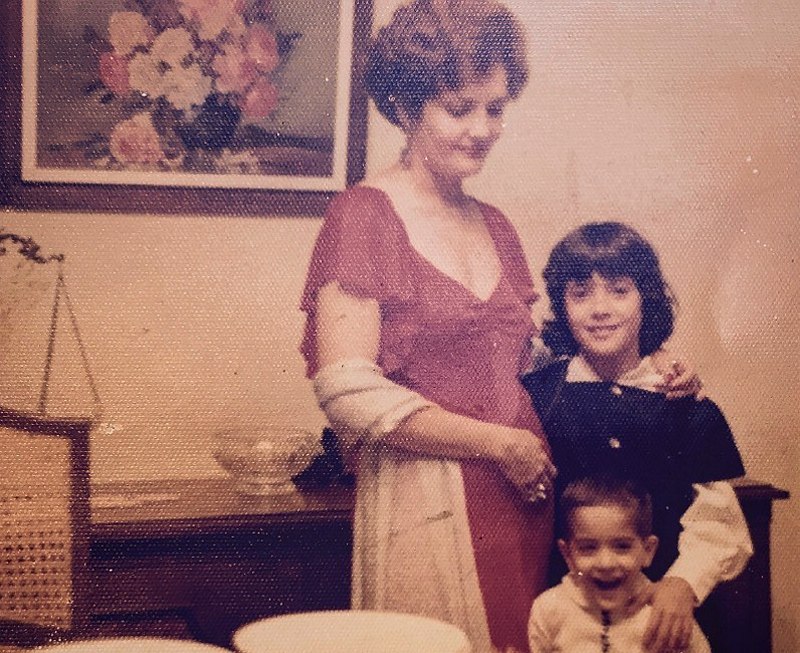 Diana Jimenez Medina is a famous opera singer. Salma is convinced her mother has the most beautiful voice she has ever heard in her life and sings like an angel.

In one of her interviews, Salma says her mother sang all the time in her childhood and did really overuse her voice (there were some even embarrassing situations because of that).

However, Diana taught her daughter one important lesson: no matter what other people think about you, you are free to do your things from the bottom of your heart. Salma believes her mother is the person who showed and still shows that everything in this world is possible. 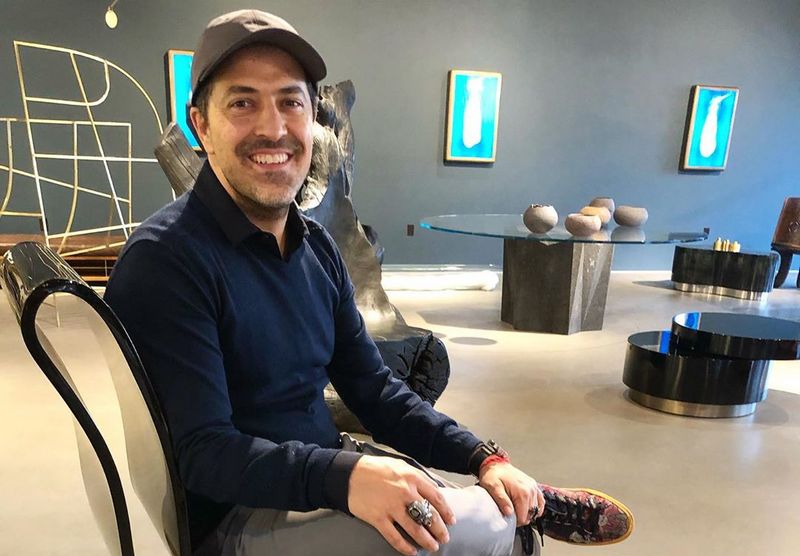 Like his older sister, Sami is a creative person with go-getter skills. However, unlike Salma, he is famous for its manufacturing business in Hollywood. There he designs literally everything that you can imagine: from casual wood chairs to huge entertainment centers.

To note, he is a designer of two famous parks in Honduras. He also helps his relatives to redesign their apartments (Salma Hayek is not an exception). 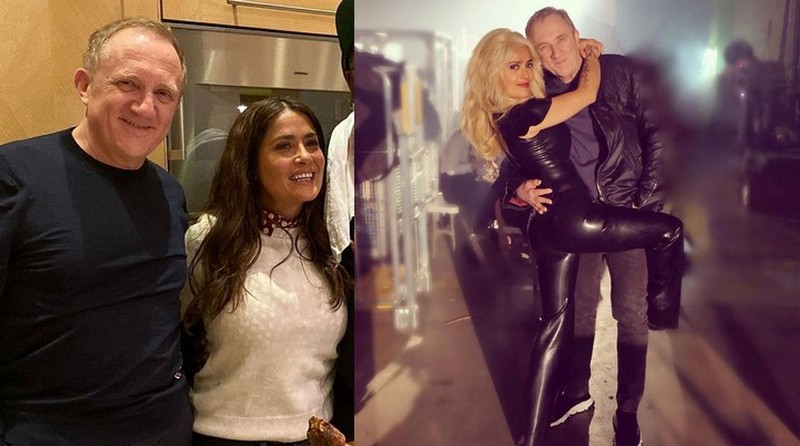 Duration of Marriage: 2009 till present time

Even though Salma Hayek had several serious relationships (for instance, with Edward Norton or Edward Atterton), François-Henri Pinault is the only man with whom she has ever had a registered marriage.

François is a famous businessman: a managing partner of Financière Pinault, an Artémis chairman, a Kering CEO, a deputy chairman of Puma. Born in France, he has an older sister Laurence, and a younger brother Domenic, as well as a half-sister Florence (the daughter of his father’s second wife).

In 1987, he began his career in his father’s company Pinault. The career of future billionaire developed rapidly: a year later he held the position of manager of the procurement department; in 1989 he became a general manager of France Bois Industries, in 1990 — general manager of Pinault Distribution.

In the Forbes global ranking, released in March 2019, his father and his family ranked 30-th among the richest families of the world, and their total wealth was estimated at $29.7 billion.

The alliance with Salma is his second marriage. By the first wife Dorothée Lepère (1996-2004) he has two children, a son and a daughter. François also was dating Linda Evangelista, who bore him a son.

The eminent artist, Salma Hayek, met her future husband at one of fashion shows organized for charity. Some time later, they started living together. However, after the birth of their daughter in 2007, the couple broke up for several years. But in 2009 they got married in Paris and are still together. 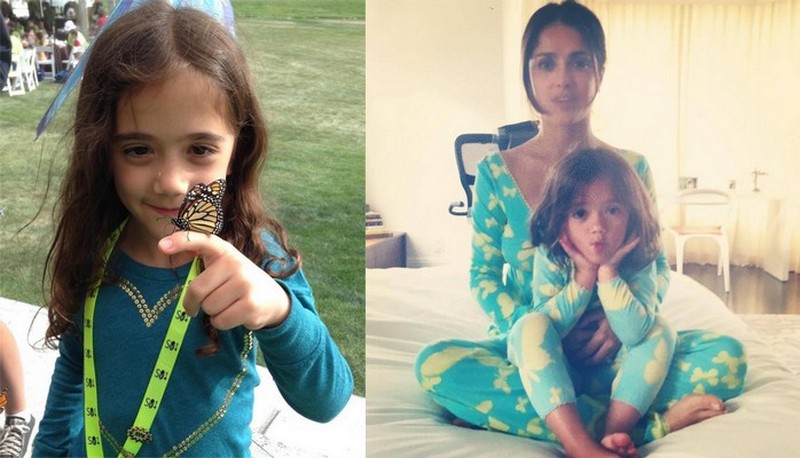 In 2007, in Los Angeles, a famous artist gave birth to a little girl — Valentina Paloma Pinault. Prior to the birth, she was diagnosed with a serious illness — Down Syndrome. Luckily, it turned out the doctors were wrong: the diagnosis was not confirmed after the child was born.

At first, the girl lived with mother only, since the latter broke up with her lover, Valentina’s father, at that time. But a few years later, in 2009, Salma and François-Henri got married. The celebration took place in the Sixth Arrondissement town hall and newly weds renewed their vows in Venice.

In fact, even though Valentina is the only Salma’s child, she has three half-siblings (two sisters and brother) from previous relationships of her father.

Salma’s daughter is not embarrassed by extraneous attention and is not afraid of camera at all. Besides, she often visits big events with parents. Apart from attending Milan Fashion week, for instance, a little girl also participated in World Aids Day in South Africa in 2017. 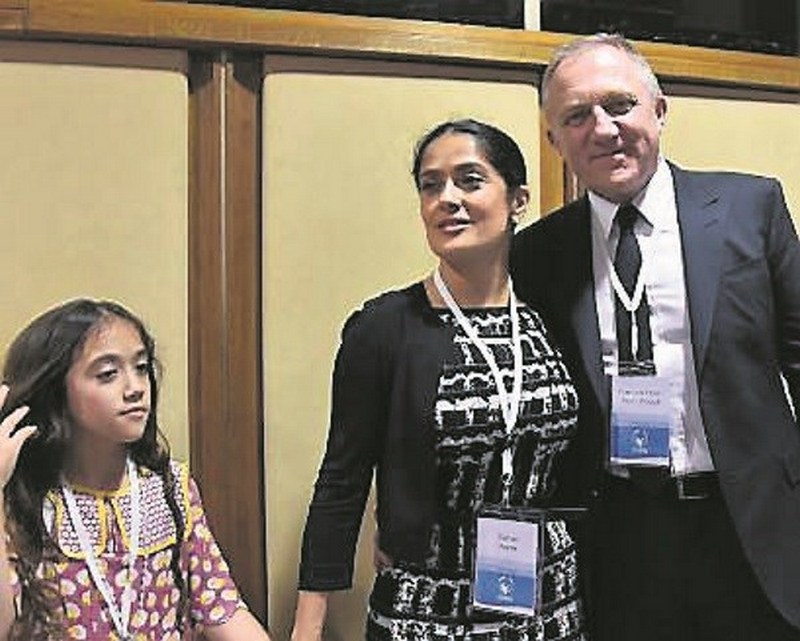 This French-Mexican little star can speak English, Spanish and French. Currently, Valentina is studying in middle school, taking part in school drama performances, and is engaged in gymnastics.

Insecure Star Issa Rae and Her Family
Meet the fun family of Christina Milian, the famed actress from Love Don’t Cost a Thing