USA Biggest Loser: how to live before and after the show? 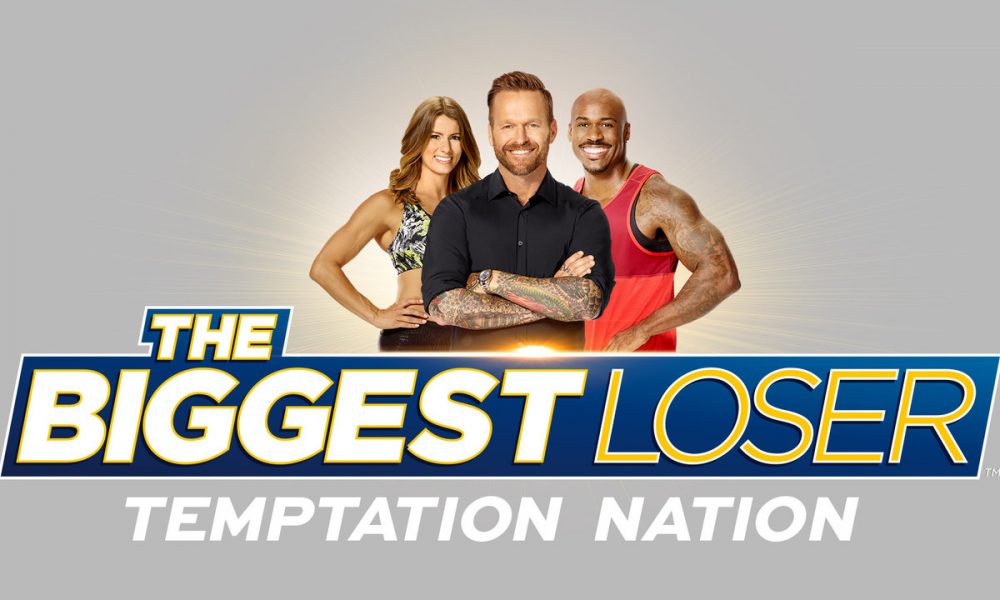 USA Biggest Loser: how to live before and after the show?

The show had a start in 2004 on NBC with the aim to improve the shape and health as well of people, who really do demand it, as also to inspire and coach other people, who may hesitate to register on the program or just begin doing the exercises by the own.

There were 17 seasons till the present moment, giving a new body and so far a new life to 17 winners and other participants. They all came through the difficulties, struggled with complicated tasks and did trainings most of the time not just to compete, but to win.

Mental part was also considered to be important as all humans are different, so demand absolutely different attitude and interference.

So far the people, who took part spent some period of time together, they were opponents but made friends for the rest of the life. The support was really impressive from each participant.

Every show had its unique feature, as for example the 16th asked the former sportsmen, who gained much weight after giving up the sport career, to become the members, to become one big family.

The common aspect for each season, for each participant is they didn’t know how to live after the show went over – what to do, in general but not with money, and how to behave not to put on the extra kilos. Practically all of them gained the pounds – if not many, so just a few.

The members also may boast with the great achievements in sport field or entertainment industry. They were once seen on TV, and if the look was appropriate, so they remained in the variety of shows.

The memories from the experience is definitely unforgettable – so many of them are put on the paper, giving birth to new and each time more inspiring books. As the problem of obesity is spreading around the globe, they are extremely popular.

There are many variations of show in European countries, but the initial one was made here, in America, the country of big possibilities and great goals to be fulfilled in life.

So, world, meet the winners! 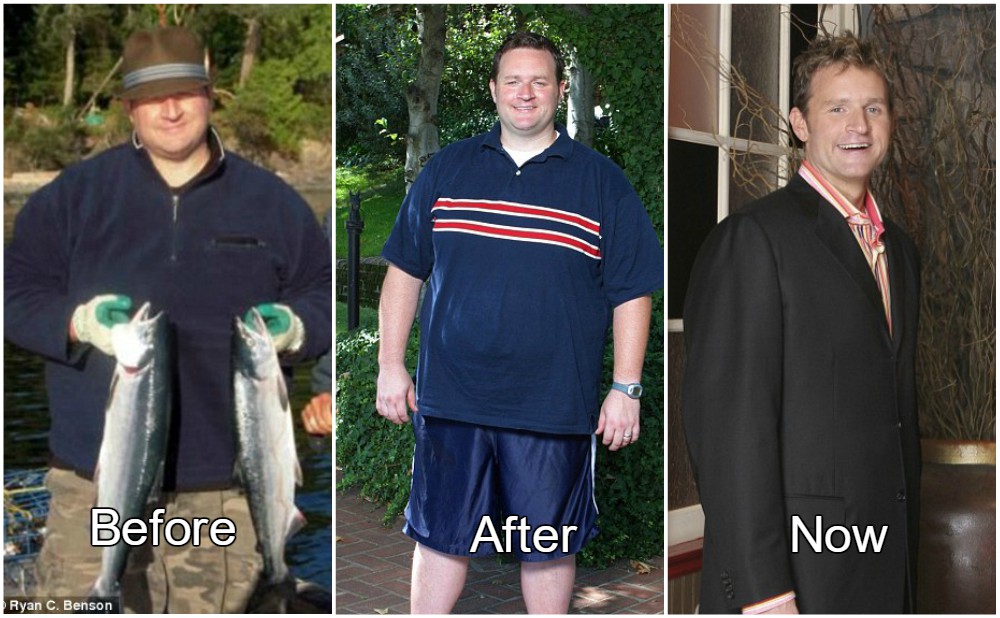 So far the total amount of the weight to be lost is 122 pounds, which is equal to 55 kilos). It was uneasy for him to do that, because exercising was hard, long-term and exhausting.

The first pounds are always the heaviest to drop; however he coped with all the tasks first and gave the start to other people’ achievements. This way he looked immediately after the show, but Ryan admits that he gained 32 pounds (nearly 14,4 kilos) in the first weeks after the finish just “because of drinking water”. In total, the amount of pounds put on is 90 (40 kilos). 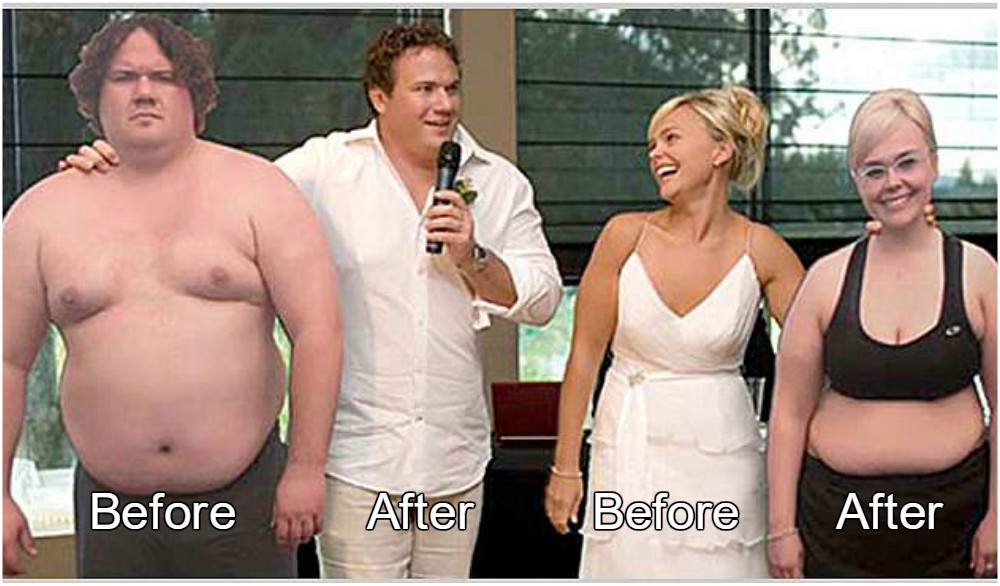 His story is very attractive also because of the love part of it as after the victory he married the girl, Suzy Hoover, whom he was competing with.

Nowadays the pair continues to lose the weight, dropping the kilos with the help of exercising and controlling the portions. But nevertheless the two add they put on some extra kilos after the show went over. 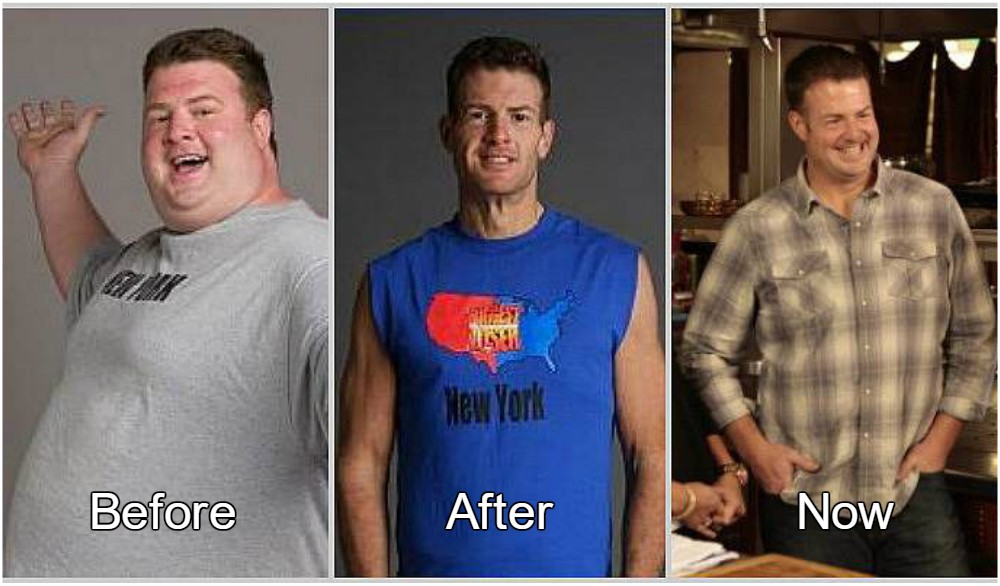 The story is going to be the most dramatic among any others, but unfortunately he gained the weight back in some period of time.

The own comment after the victory was “I felt like winning my destiny”. He seemed to be very excited as all the memories and the emotions soon became the basement for the book with a documentary background, which was published in 2010.

Nowadays he weighs nearly 368 pounds, which is equal to 165,6 kilos. It is unknown whether he regrets it or not, but still Eric is the best pattern that the quick dropping off may lead to the rapid gaining weight again. 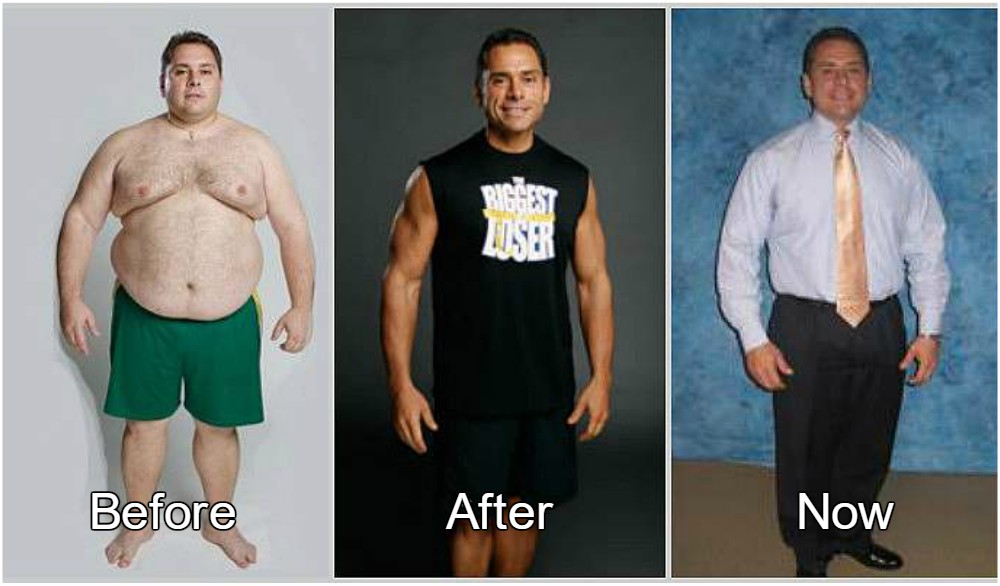 He lost 164 pounds (73,8 kilos) during the period of the program. He reported about putting on just 37 pounds (16,6 kilos) back, which is considered to be a good result.

Bill didn’t give up the sport and so far now successfully works as the spinning instructor, presenting the good shape, a strong courage on the own example. 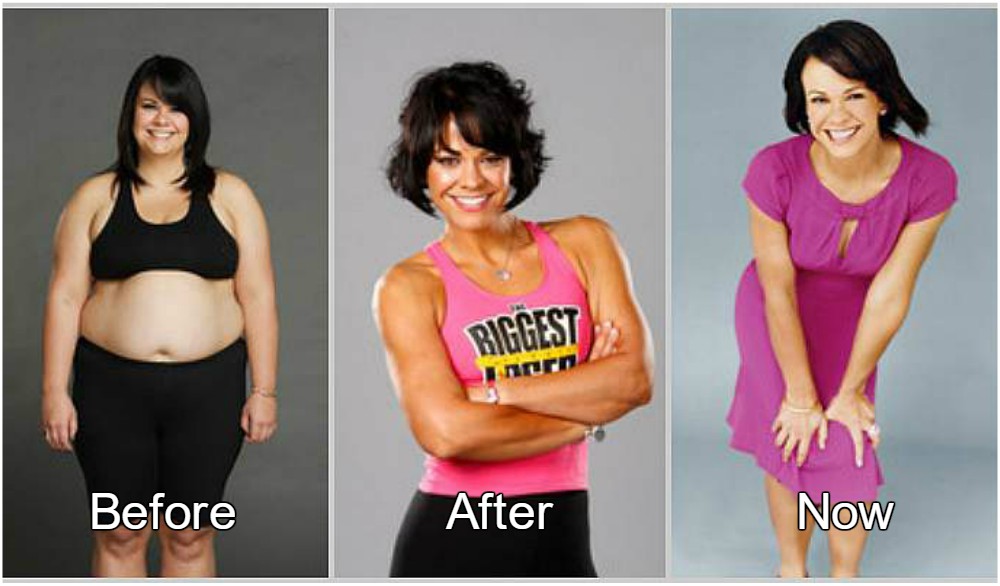 It is famous for a woman to win it.

Soon after the end there were no information about the gained kilos, but nowadays she admits about weighting more than 200 pounds (90 kilos). In one interview she mentioned about gaining more or less 5 pounds (2,2 kilos) per year.

The memories from the experience were written under the title “Believe It, Be It…”. The main is also somehow correlated with the name, because she claims everything is possible, if you trust yourself.

She has got also the own show, called “Live Big with Ali Vincent” – the thing to be proud of. 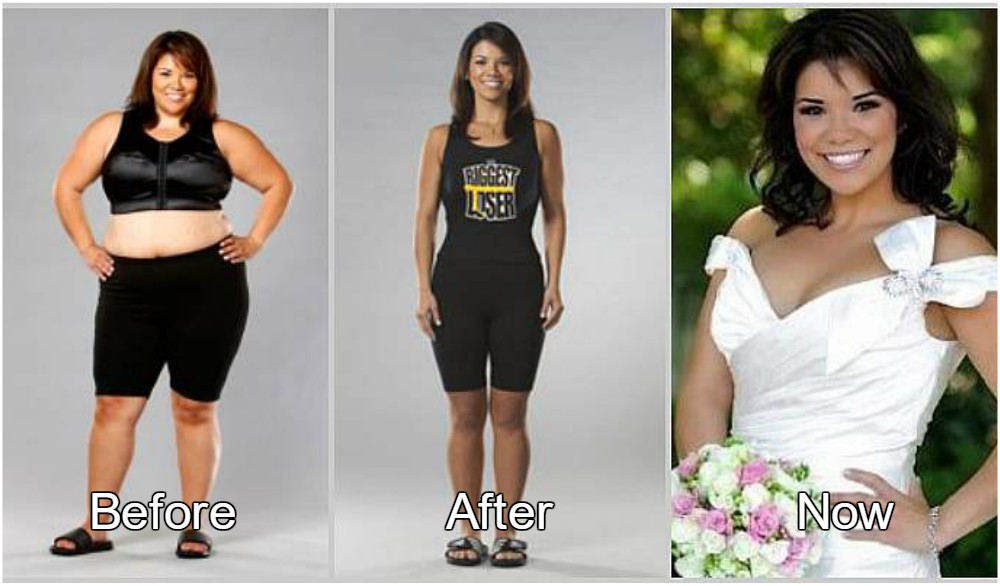 As being very happy and inspired for new achievements, she commented the current state of things this way: “I learned how to change from the inside out”.

Nowadays she is boasting with the perfect shape, no extra kilos to be put on after the show ended up, in the Instagram and other personal accounts. So, if you want to get some courage, don’t be shy to sign up on her page. 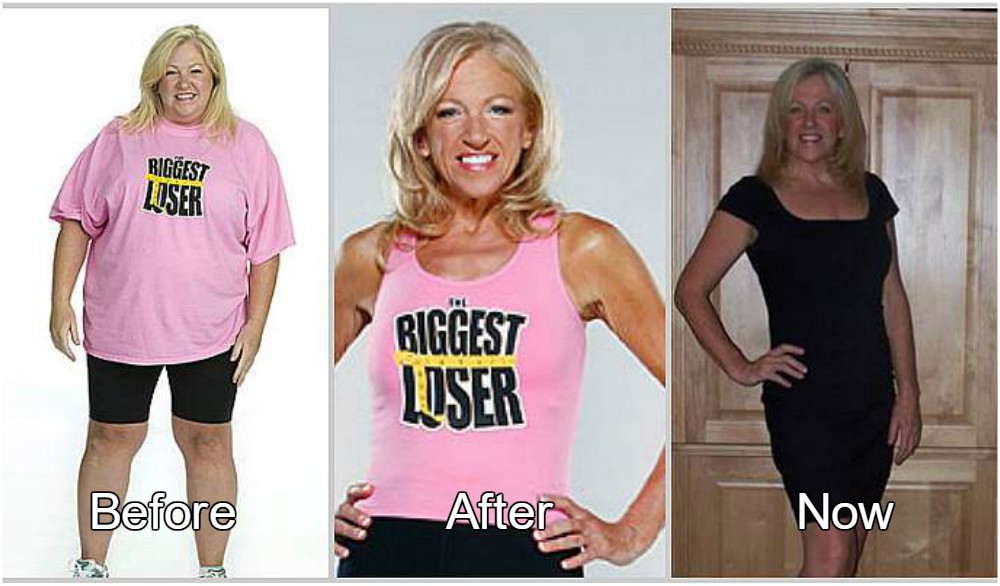 She who lost 140 pounds, which is equal to 63 kilos throughout the project. Before the weight was

She is considered to be the oldest Biggest Loser to feature the production. However, the age mentioned nothing if to tell about her achievements.

After the project she also did the plastic surgery to gather the unnecessary body skin. It was reported she put on just 18 pounds (8 kilos). Isn’t it great? 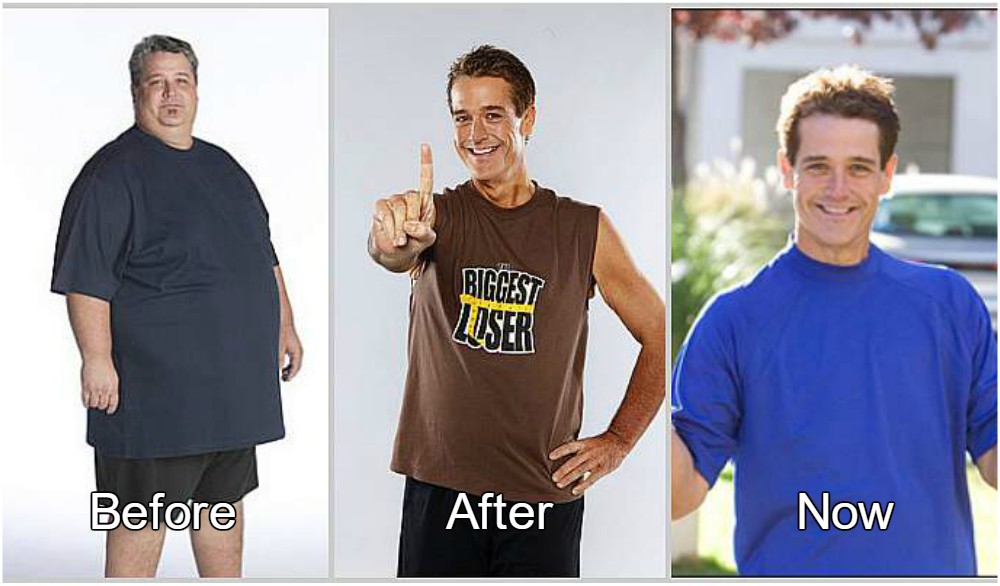 It was mentioned in the previously published sources he kept weight practically without the changes. But the updated information says his current weight is 295 pounds (132 kilos).

He works as the motivational weight-loss speaker – an interesting job, no? Danny also appeared in different chat-shows, which are held by Jay Leno or Regis Philbin.

The comment after the victory was: “I’ve got my life back”. 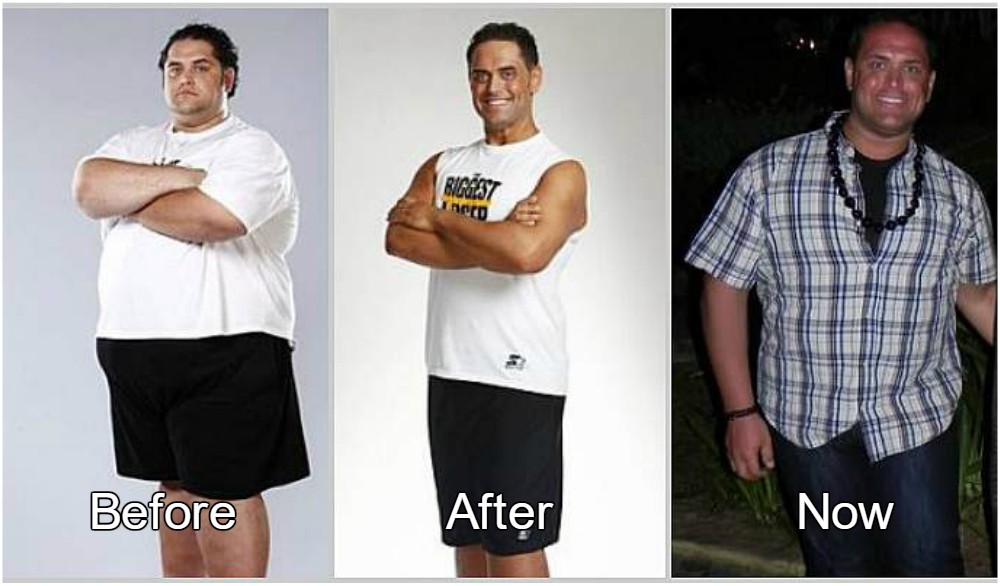 Now his weight is reported to be 289 pounds (130 kilos). He became the trainer and leads a happy and healthy life. When he was frequently asked about what he did after the victory, Mike answered – went shopping to enjoy buying clothes in the new size. 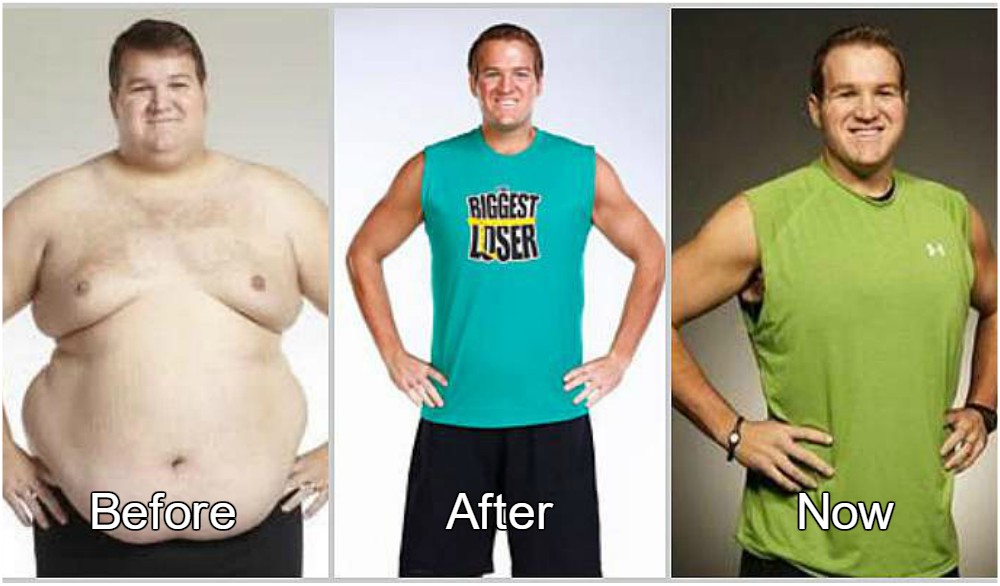 He is often seen in the sport industry, working with overweight teenagers and completing the variety of marathons; the known is the 3rd Boston Marathon. 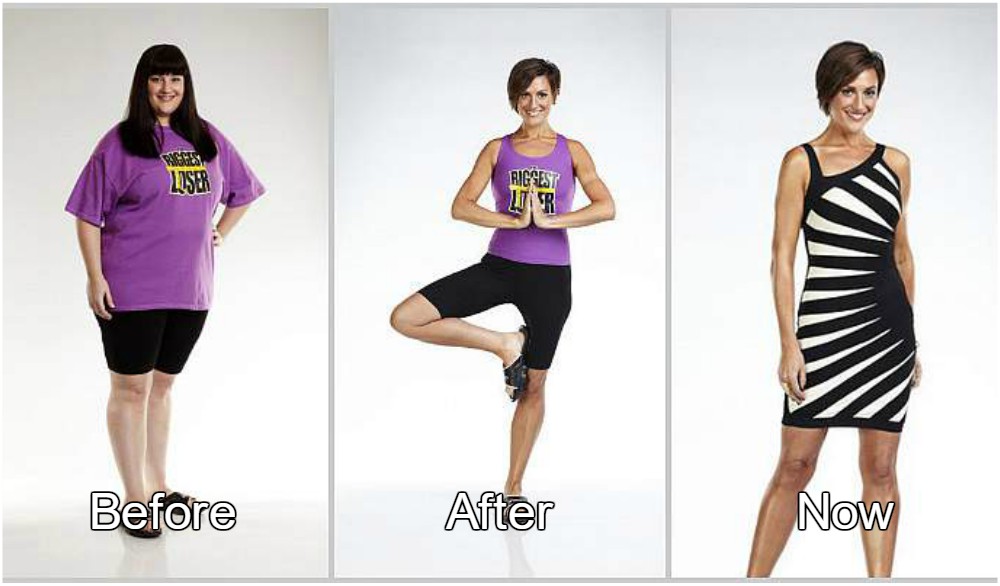 The own comment was: “It was the most life-changing experience I have ever had the privilege of gaining through”. 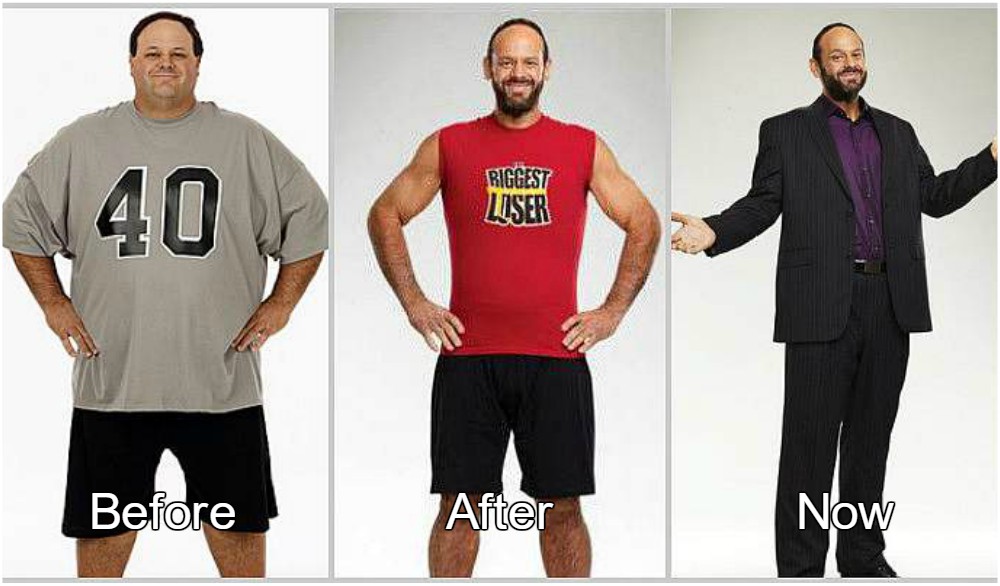 It was reported he put on a bit weight, but the difference from the moment of finishing the show is practically not noticeable.

The sport activity John adores is doing the marathons. 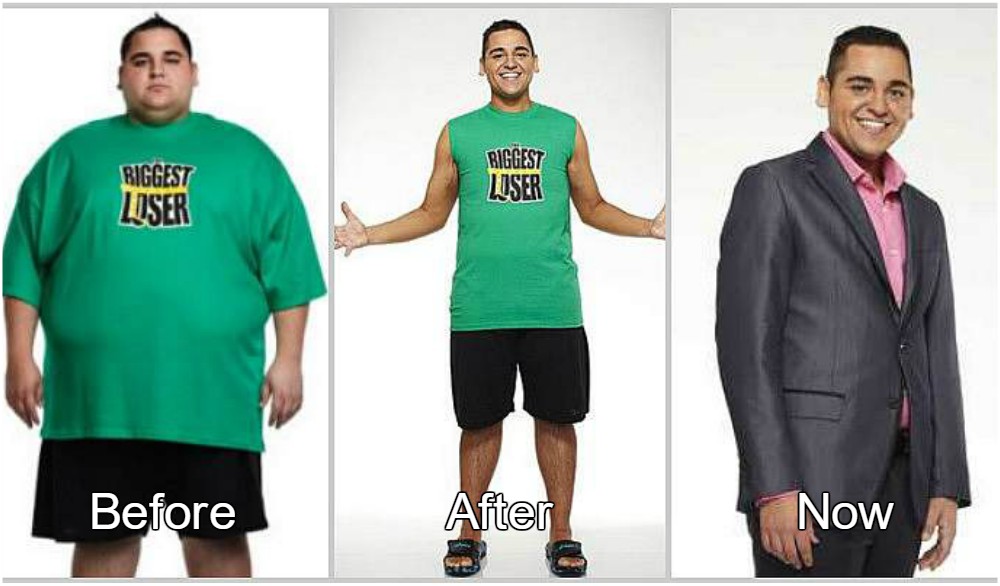 His affords also inspired the mom, who dropped 50 pounds (22,5 kilos) exercising at home, and sister, who trimmed down 115 pounds (50 kilos), competing with the brother.

Nowadays it is reported Jeremy tries to hold the current weight, never coming back to the initial point. 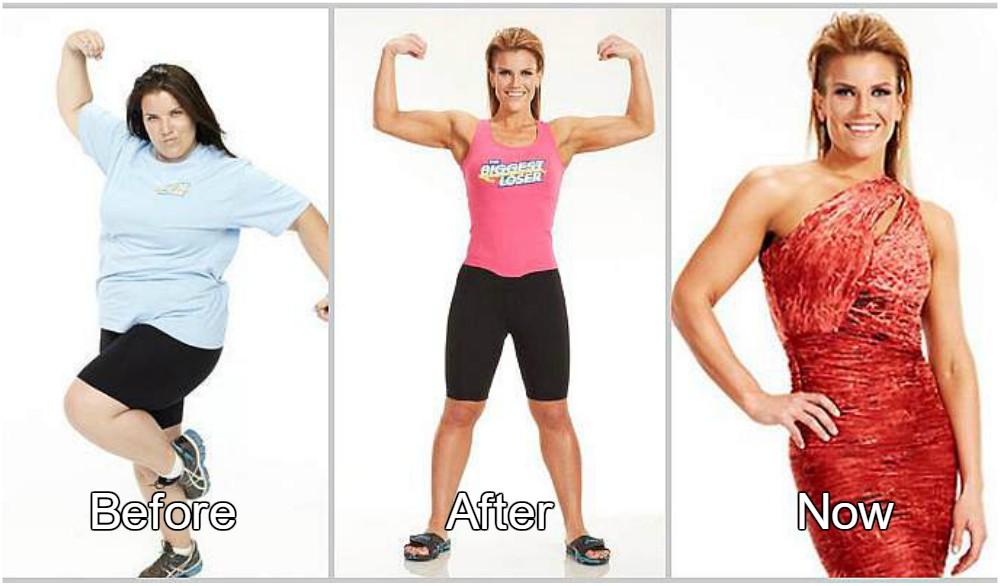 Currently she tries to maintain the weight on the same level, avoiding the extra kilos. Having the attractive appearance, she does some endorsements for Subway restaurants. 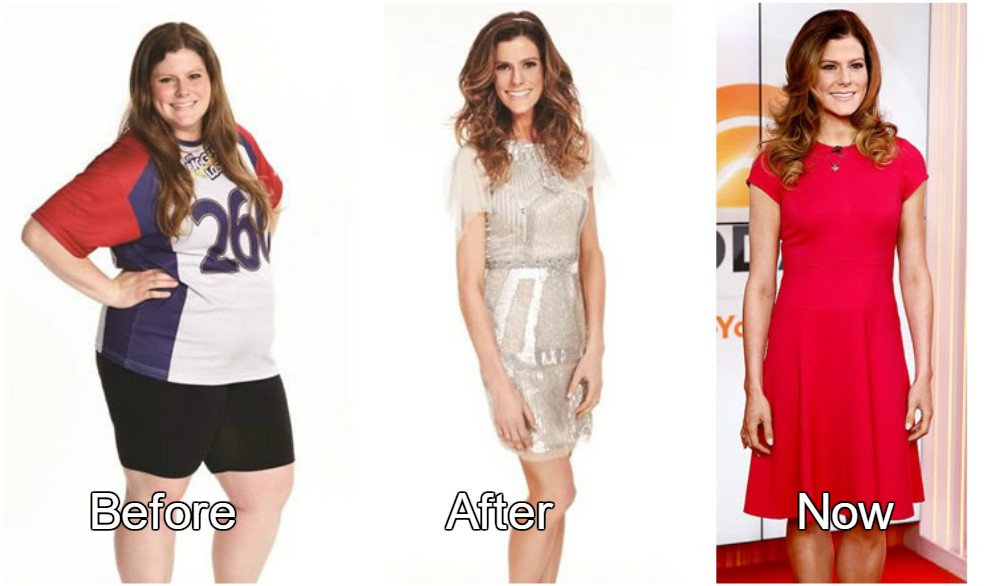 He lost 155 pounds, which is equal to 67 kilos, in the battle with his obesity.

After the show admits she put on 20 pounds (nearly 9 kilos) back. 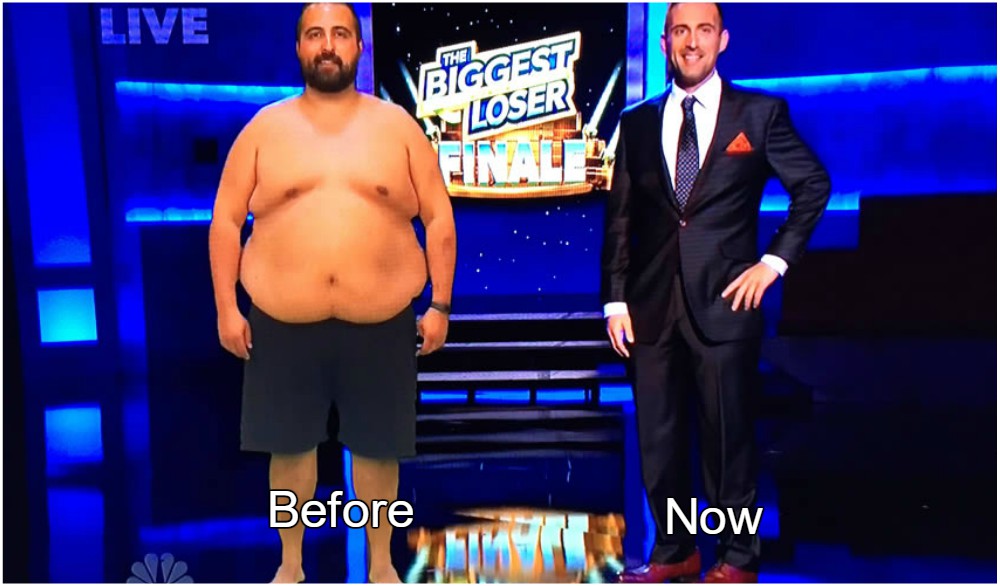 He is a risky man, who wanted his strength as well as shape to come back after he retired from a professional sport.

The life began from the new age, as Toma started making the advertisements for Planet Fitness and DieBet.com. 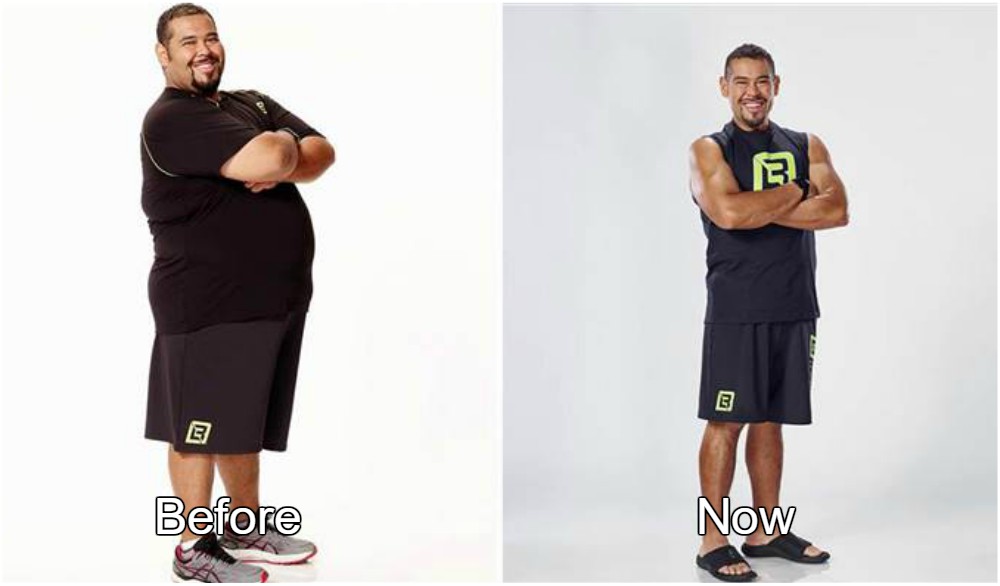 He also inspired a brother top lose the extra weight, as they probably exchanged support in the most difficult moments, because the brother’s tries were also awarded with a prize for “home trimming”.

To conclude, the article contains many patterns of people’ will and energy, who want to change not only the appearance, which is also more than important, but also state of mind. Each story is unique and sacrifice, so if you still hesitate, don’t miss your chance.

The Biggest Loser UK: what are the hidden secrets?
Jonah Hill.The weight change for many times throughout the years