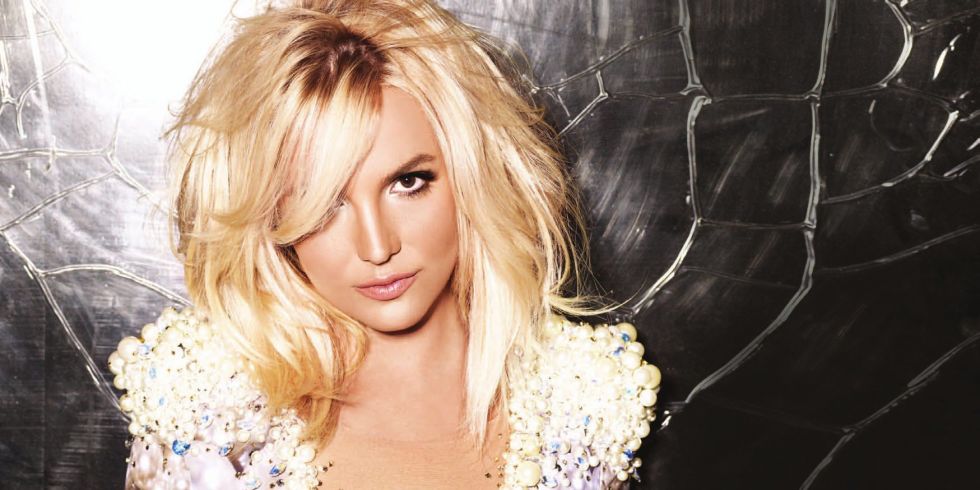 When you are popular and demanded, when your songs reach the first places on the variety of ranks, then defining what is really valuable becomes difficult.

What were the things at the beginning?

Let us begin from the year 2009, when the singer was in a curvy shape, having the extra kilos on the belly and legs she was not shy to demonstrate.

Her look was compared to the one he had just appeared on stage – a young, extremely slim and extremely talented young woman, who captured the eye with new bright ideas.

In 2011 Britney was caught by camera on concert at Power Balance Pavilion in Sacramento, wearing open costumes, which were showing the over-kilos to public. It seemed like nothing changed from the last appearance on public, no improvements.

There were many reports as well as rumors about her to have a strong addiction to alcohol, which impacts her general look and health. This, as one may guess resulted in overweight.

Her friends admitted she likes McDonald’s and Taco Bell’s food, giving oneself freedom of charge. 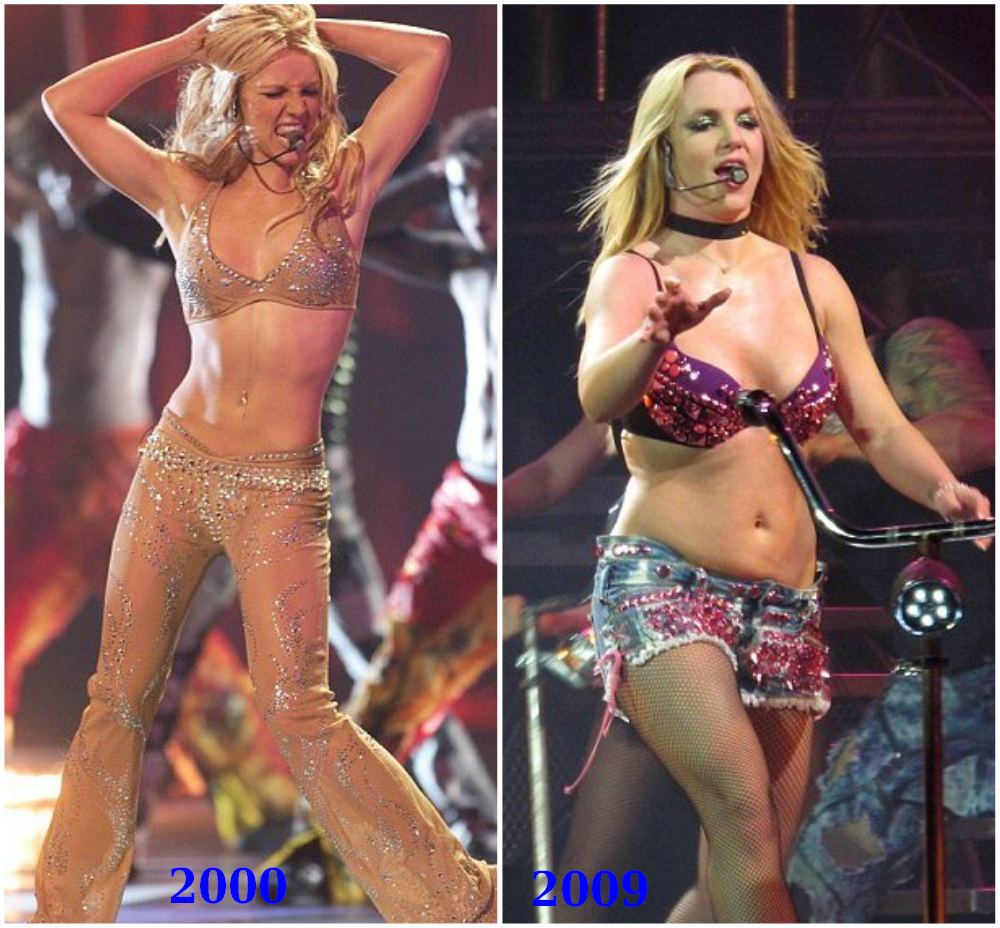 In 2014 the press was impressed from the negative sight with Britney to gain 30 pounds, which is equal to 13 kilos, over a short period time. Practically all correspondence was marked with the bright titles, telling around the globe a famous singer is a bit in shape. 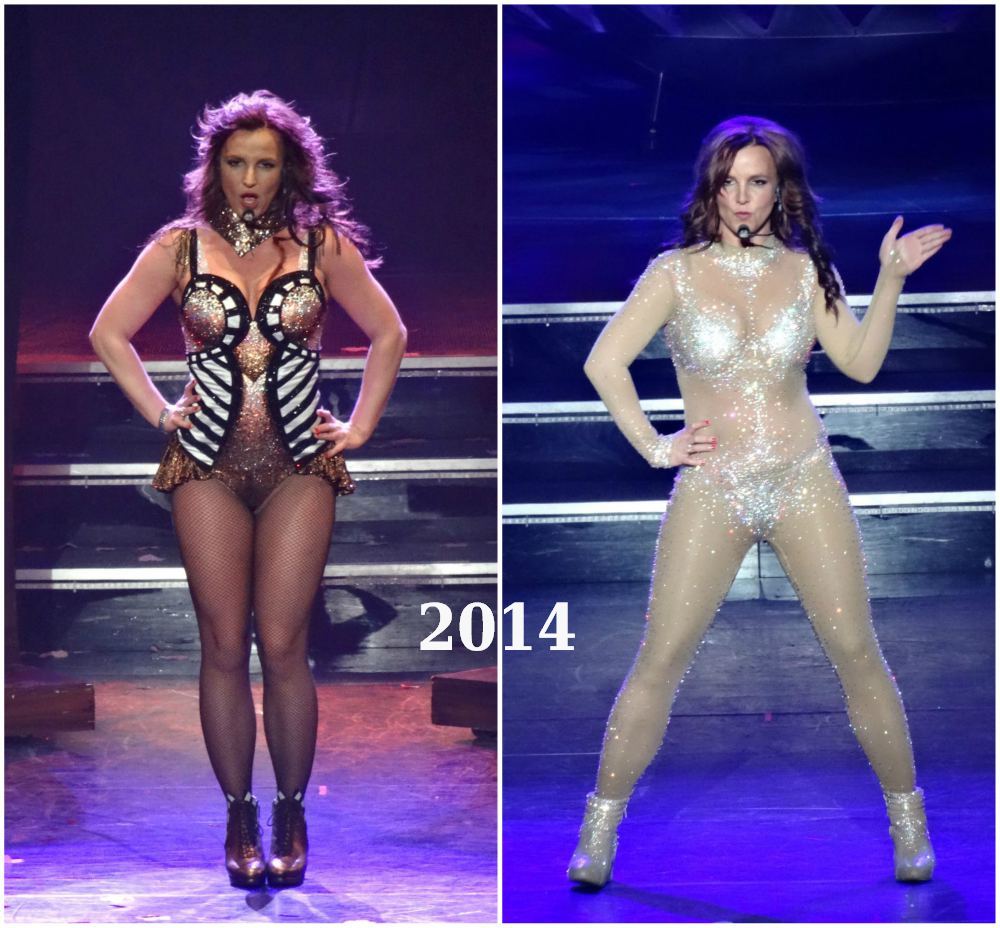 The journalists have written this way: “Britney isn’t using her home gym, she’s gorging on junk”. Here to the list of bad habits may be also included alcohol and other highly-calorie products.

However, the peak of her putting-on-process was achieved, when the gained mass was counted in 160 pounds (72 kilos) by eating all that stuff.

Britney performing in Vegas in 2014

She did the amazing turn out for the better. The public and fans were eager to get the latest news since the moment she appeared on stage in May 2015, being very slim and attractive as in former times. 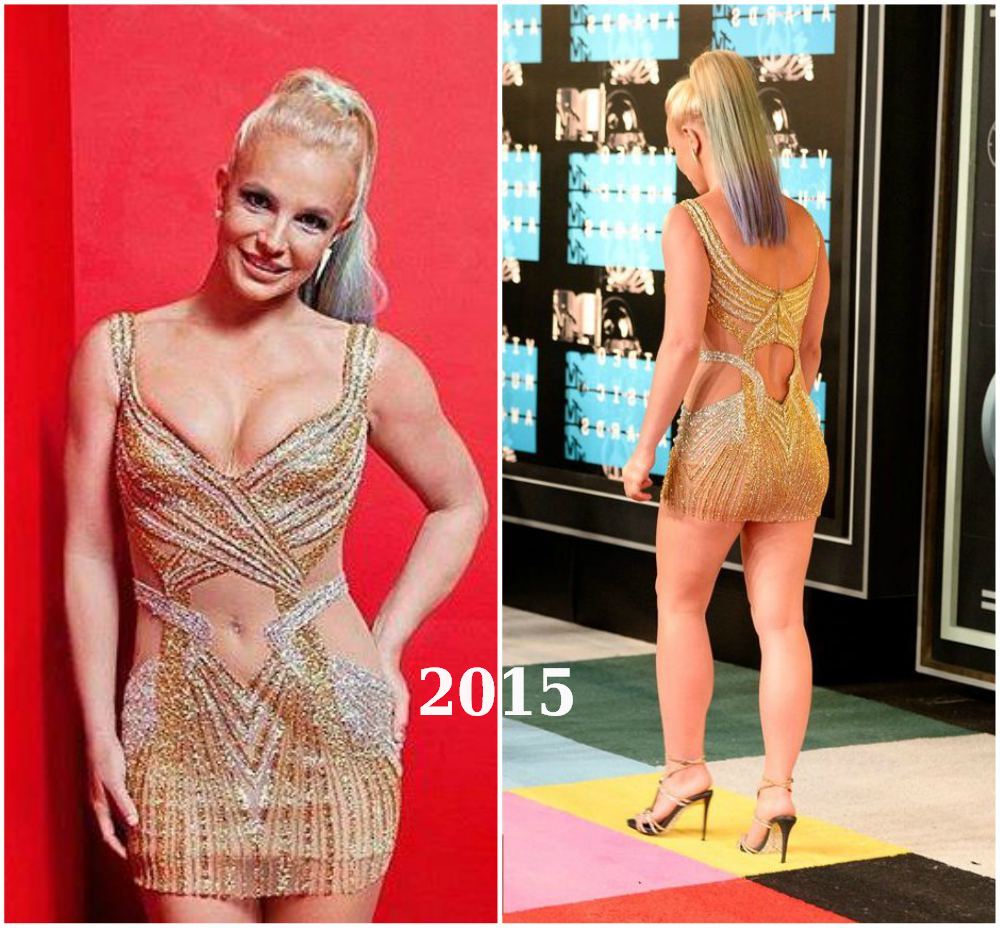 The one will definitely ask – How? The answer is working out, what she successfully does 3 or 4 times per week, training not that long as one may suppose – just 40 minutes.


The trainer’s comment is: “She love’s all core workouts. She’s a very tenacious woman. She wants to get it done and get it done right.”

The special sport program, which is mostly divided into cardio workouts and yoga helps not only to drop the unnecessary over-kilos, but also to develop physical strength and gain muscles. Energy re-charge is also important as it supports her on the concerts.

Yoga surly includes the meditation, which allows to get rid of negative energy; it is also said one may lose weight with it.

What is left for dieting is that the singer drinks much liquid and had cut down on alcohol as it was previously reported. Fruit and vegetables are also welcomed in her dishes, which sometimes go as a central meal. 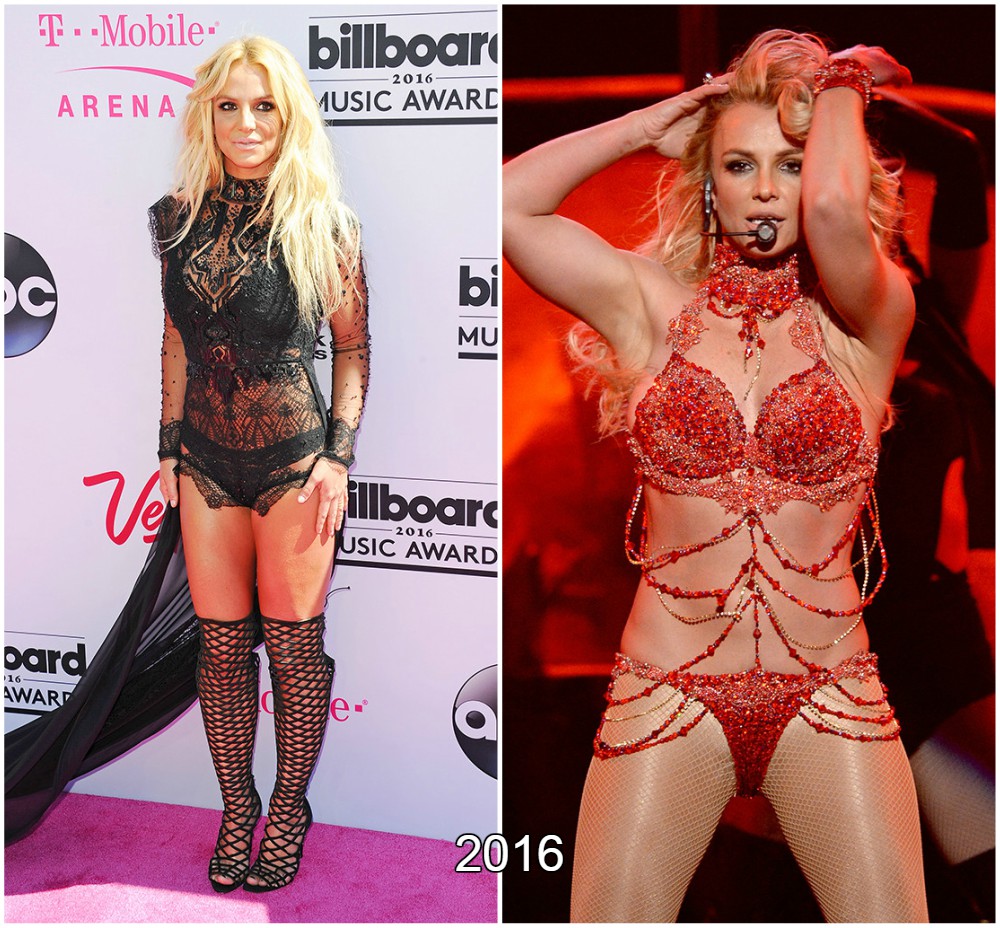 Britney looked amazing on the Billboard 2016 ceremony, where she demonstrated highly-visible achievements in the fascinating dress. She continues to lose weight, but does this healthily, without any health concerns arisen.

To conclude, everybody finds the own way how to get to the target; and Britney may be the perfect pattern for those, who are not sure in one abilities. 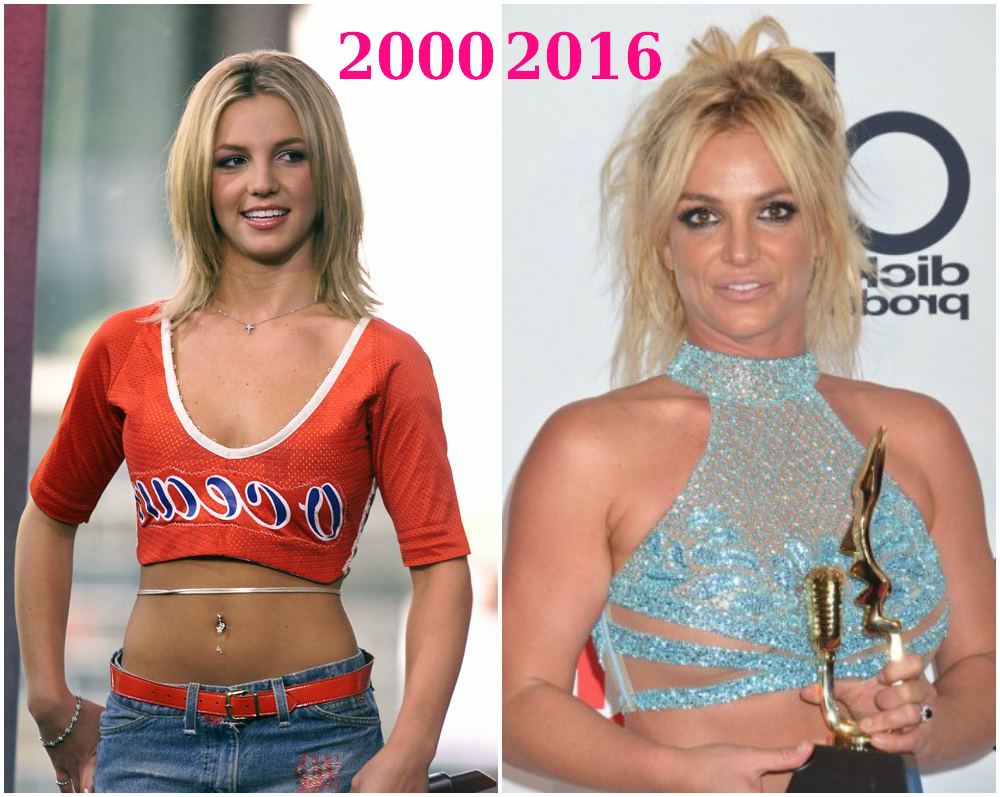