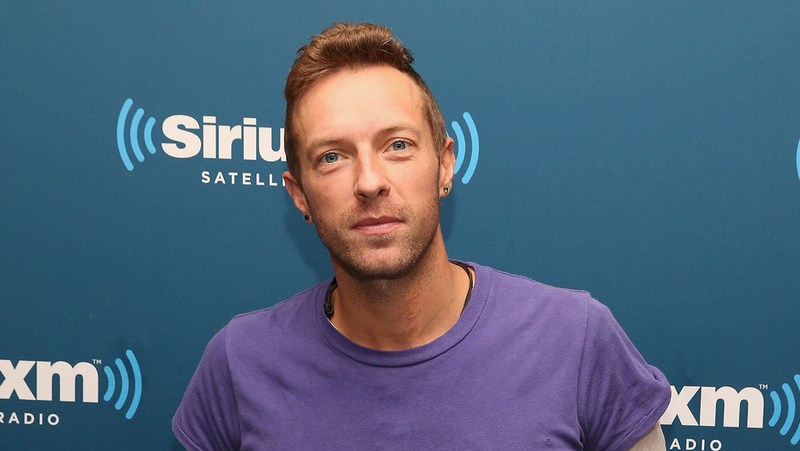 Chris Martin’s band Coldplay blew up on the musical scene in 2000 when they released their first hit Yellow. Since then, the band has released seven studio albums, of which they sold over 90 million, won 7 Grammys, and still continue to spoil their fans with incredible music. The legendary band was created by Chris and his friend Jonny Buckland in 1998 when Martin was attending University College London. Although Chris occasionally ventures into his solo career, he always comes back to his band mates.

As for the famous rocker’s personal life, he enjoys the company of celebrity friends and fellow musicians mostly owing to his former marriage with actress Gwyneth Paltrow. Martin inspires not only with his music, but also with his philanthropy. He’s organized several fundraising concerts in collaboration with United Nations and is an official patron of the Innocence Project. Martin was also a vegetarian while married to Paltrow, but started eating meat again after their divorce.

Keep reading to find out more about the iconic musician’s family and his personal life.

Who are Chris Martin’s parents? 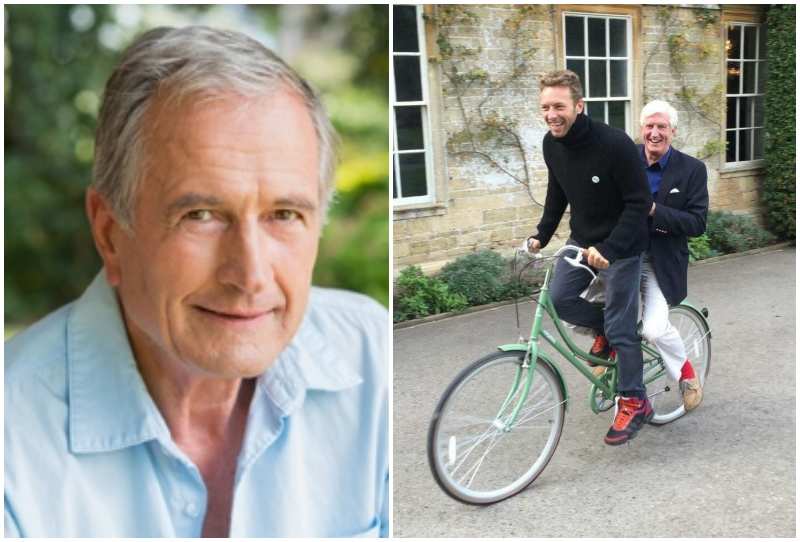 When Chris was growing up, his father worked as an accountant. He is currently retired. Anthony and his Chris’ mother Alison divorced in 2011, which devastated the famous singer. However, Anthony didn’t sulk for a long time. He was reported to be in a new relationship after selling the £1.25 million family home in Exeter. 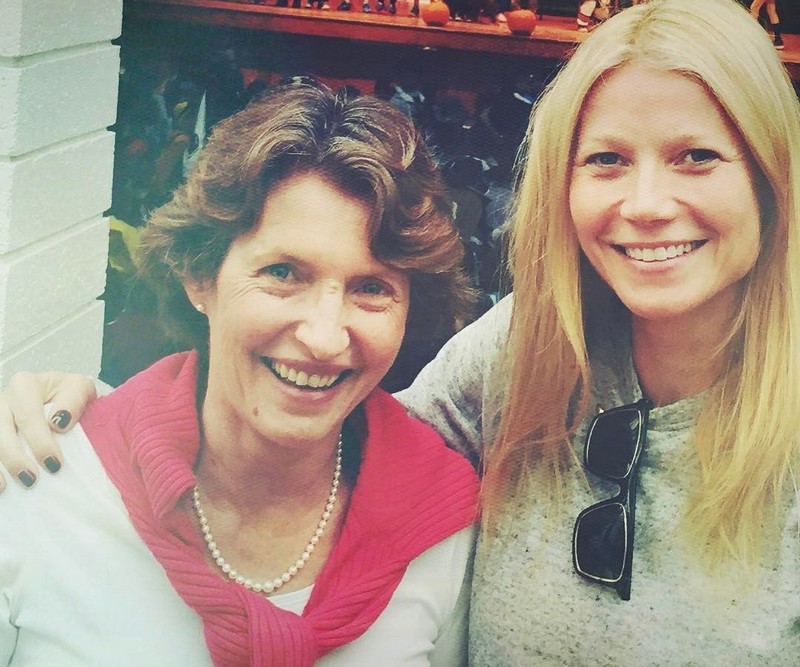 Alison is a former music teacher. She was the one to teach Chris love for music. According to several reports, Alison was the one who initiated her divorce with Chris’ father.


Who are Chris Martin’s siblings? 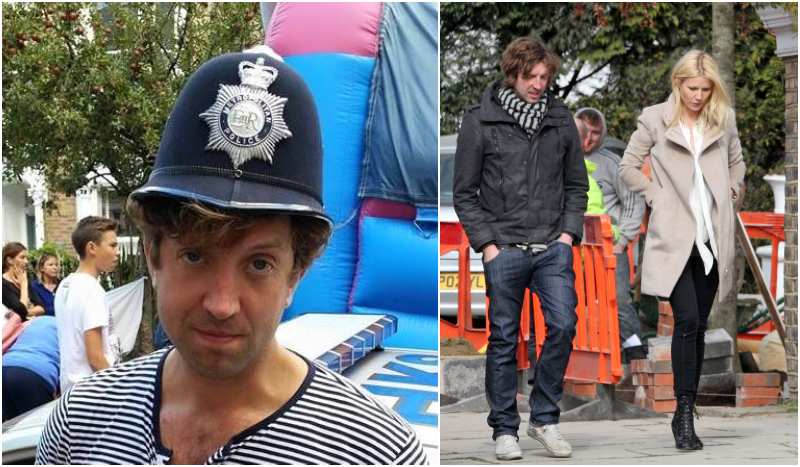 He works as an interior designer and even worked on a home for his brother and his then-wife Gwyneth Paltrow. He is a father to 2 kids. 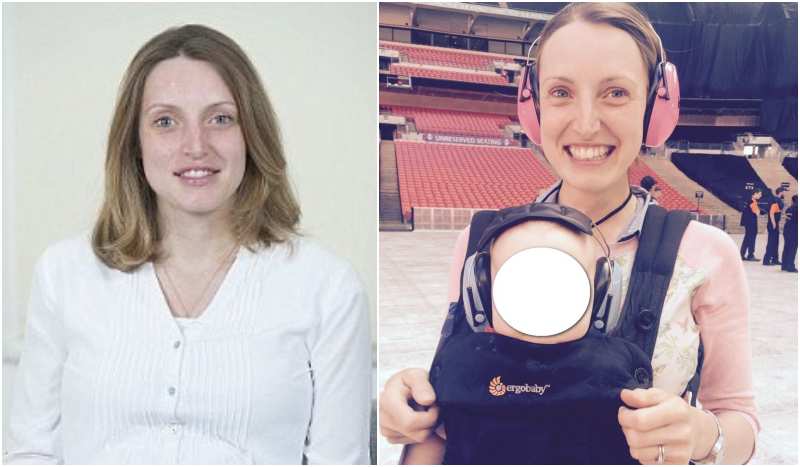 Rosie is Anthony and Alison Martin’s oldest daughter. She is married to James Houston and brings up 2 kids. Rosie works as neonatal nurse. 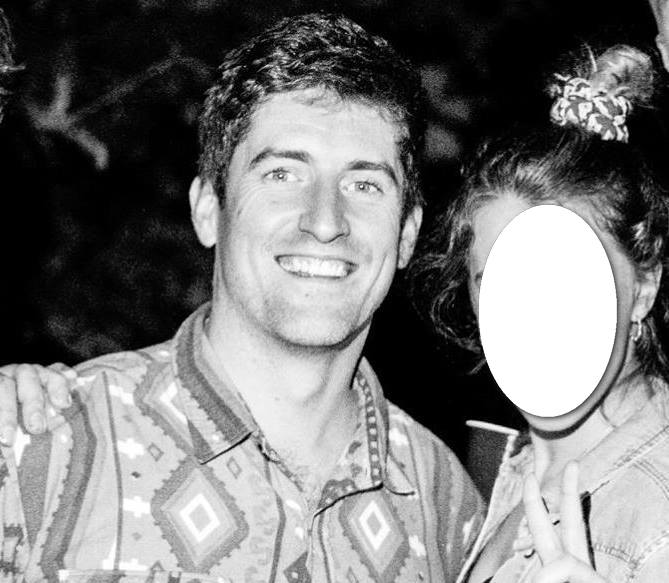 Not much is known about Richard, however, in one of his interviews Chris Martin revealed that his youngest brother served in Afghanistan. 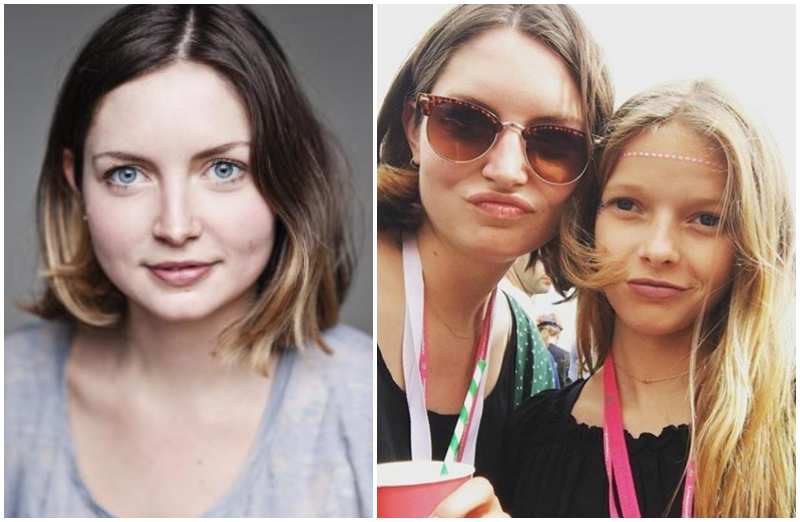 The youngest of Martin siblings looks up to her famous brother and always wanted to make it in show business herself. In 2010, she gave an interview saying she had plans to study English and Film at King’s College in London. We couldn’t find any information on whether her education has been successful, but we’re yet to hear about Nicola’s acting career. 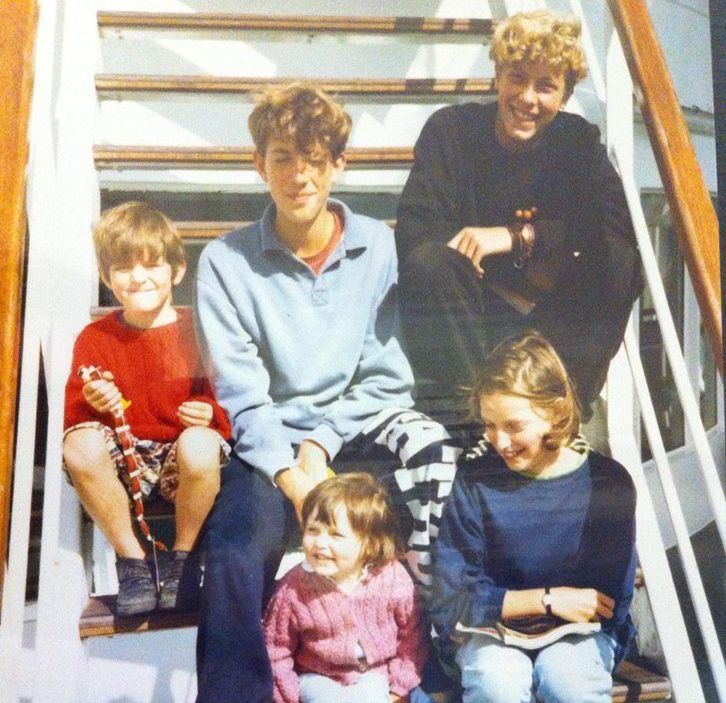 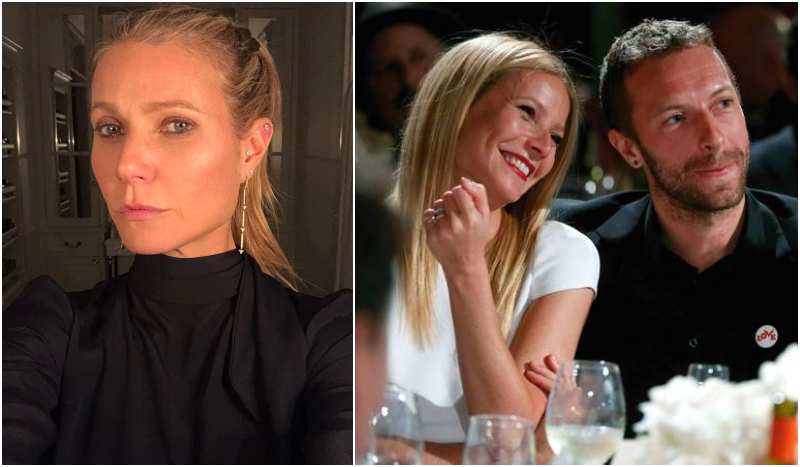 Gwyneth Paltrow is one of Hollywood’s best actresses. Academy Award winner received critical acclaim after starring in Shakespeare in Love (1998), The Talented Mr. Ripley (1999), and The Royal Tenenbaums (2001). She’s currently most known for her role in the Marvel Cinematic Universe alongside Robert Downey Jr.

Aside from her acting career, Paltrow has proven herself as a businesswoman and a lifestyle guru. In 2008, Gwyneth launched a weekly newsletter Goop, which focused on health, beauty, and peaceful living. The company expanded and now sells numerous products ranging from skincare products to clothes.

Gwyneth met Chris in 2012 just three weeks after her father passed away. The Coldplay frontman was able to heal Paltrow and the two became inseparable. Two celebrities got married in 2003 and had two children together: daughter Apple and son Moses. The former it-couple separated in 2014 and divorced two years later citing their split as “conscious uncoupling”. However, Paltrow and Martin remain friends for the sake of their children. 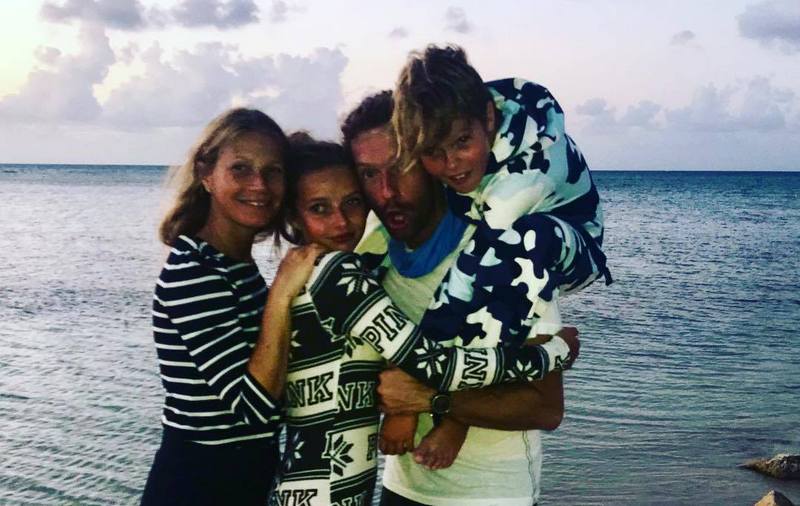 Since then, Paltrow married television producer Brad Falchuk in 2018.

Who are Chris Martin’s children? 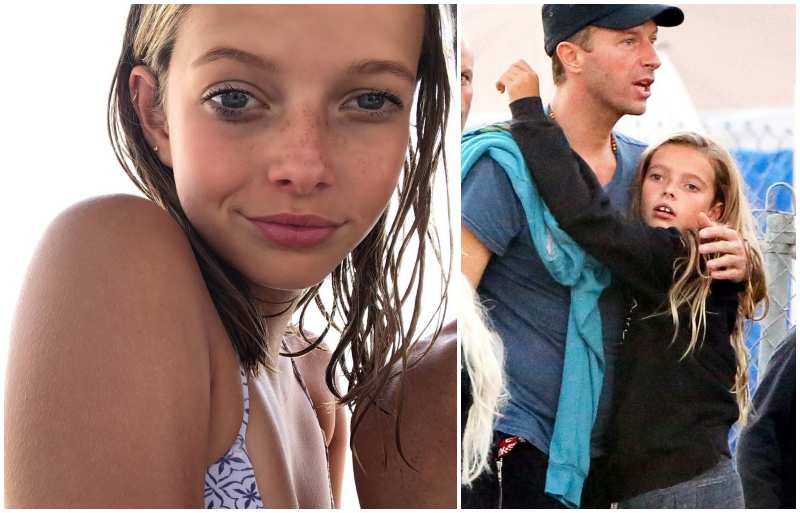 After little Apple was born, the public couldn’t believe Gwyneth and Chris settled on such a weird name for their child. As Paltrow explained: “It sounded so sweet and it conjured such a lovely picture for me – you know, apples are so sweet and they’re wholesome and it’s biblical – and I just thought it sounded so lovely and … clean! And I just thought, ‘Perfect!'”.

Gwyneth and Chris always protected their little girl from the public eye, but from her famous mom’s Instagram we gathered that she loves dancing and often spends time with Blue Ivy, daughter of Beyonce and Jay Z, who are friends with Paltrow. 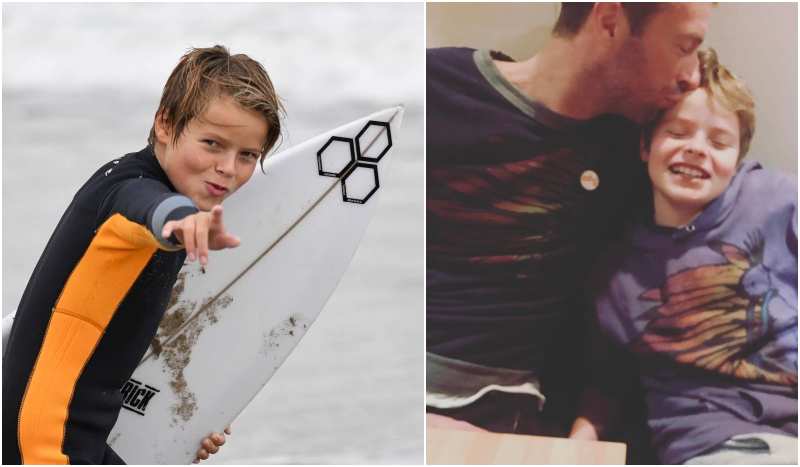 Moses also didn’t luck out on the regular name, but Gwyneth’s reasoning behind this one is sweet. Chris composed a song titled Moses right before he and Paltrow got married, which is where they got their son’s name from. Gwyneth and Chris guard their son just as carefully as their daughter, but he’s often caught out with his parents by paparazzi. 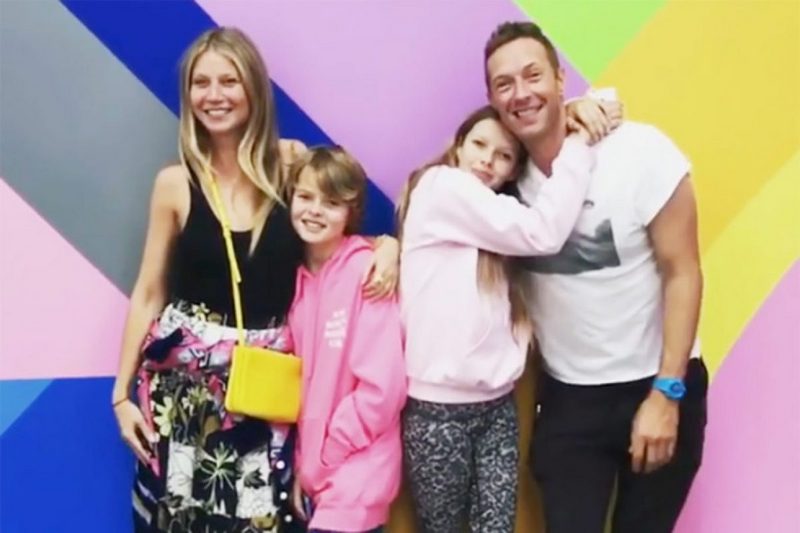 Who Is The Family Of The Marvel Comics Creator? Stan Lee’s Parents, Wife, And Kids
Everything You Wanted to Know about Genius Filmmaker Steven Spielberg’s Big and Diverse Family