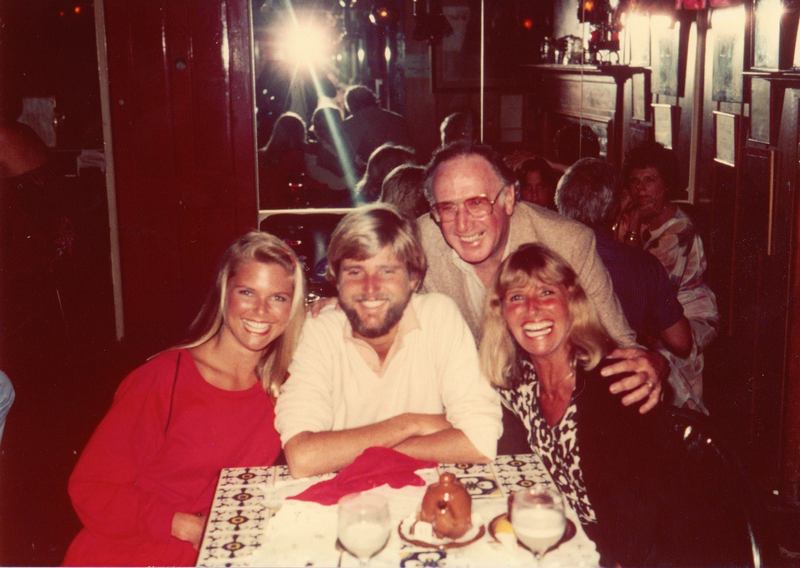 She became an international phenomenon in the 1970s with her consecutive covers sports magazines. Christine Brinkley held the contract for the face of a magazine for over two decades; reaching a length no one has ever gotten to in the modelling industry. With a modelling career spanning decades, Brinkley is regarded as one of the most attractive women in history; she also has the wealth to go for this position.

Brinkley is one very appealing woman to the eye so it is not a shock that she has been through four marriages. Who wouldn’t want to be with such a beauty? Despite not having a stable family life, Christie has been a great mother to all three children as she is a loving person at heart. Read on to see details about the rest of her family starting from her father.

Herbert is the birthfather to the two Brinkley children but he divorced Marge a few years into their marriage. 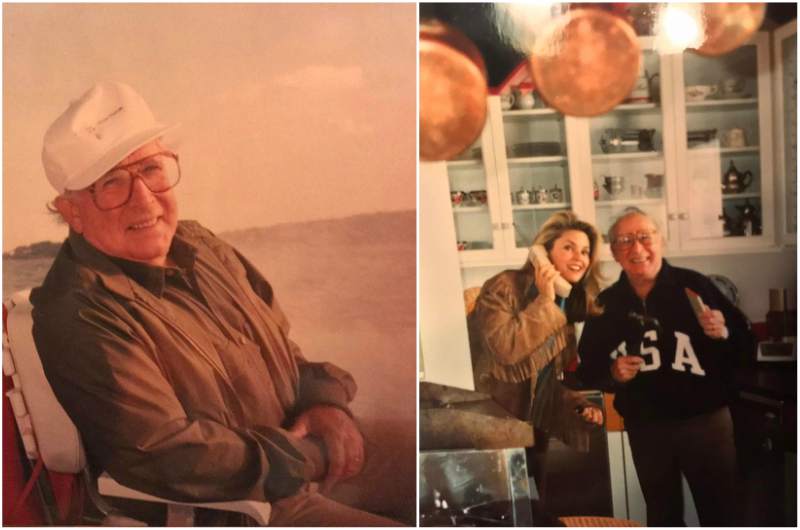 Don was an award winning TV writer, veteran director and producer. He was married to Marjorie for over five decades. He was first married to Lois Annette Beard with whom he had two children; Jeff ad Kim. He later married Marge who had two kids already with her first husband. After their wedding, he became the legal father to Christie and her brother Greg. 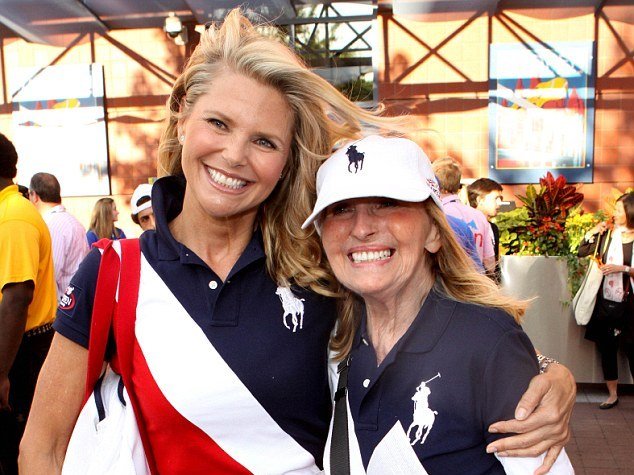 While she was alive, her kids say she was fun. She had a great sense of entertainment, style and adventure until she became much older and feeble. Marge died just a few weeks after her husband passed on. Apparently she could not survive the loss of her husband of over five decades. Marge was proud of her children and all that they had become. 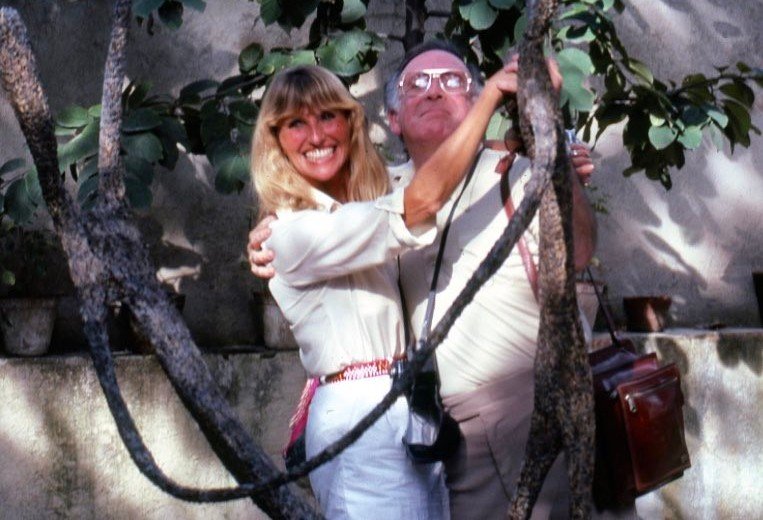 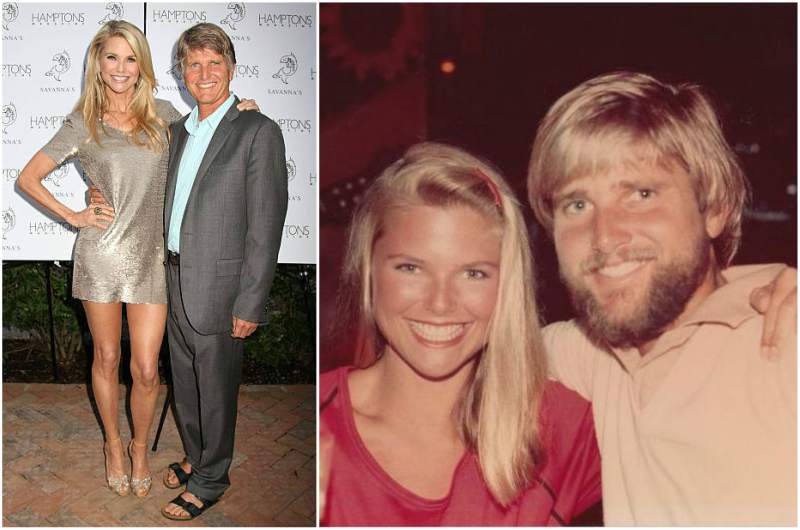 Greg and Christie have been estranged for years but the reasons were kept privately. Some sources say the model has been accused of withholding inheritance money from the estate of their late parents. The other Brinkley is a nutritionist with not much of a public life. 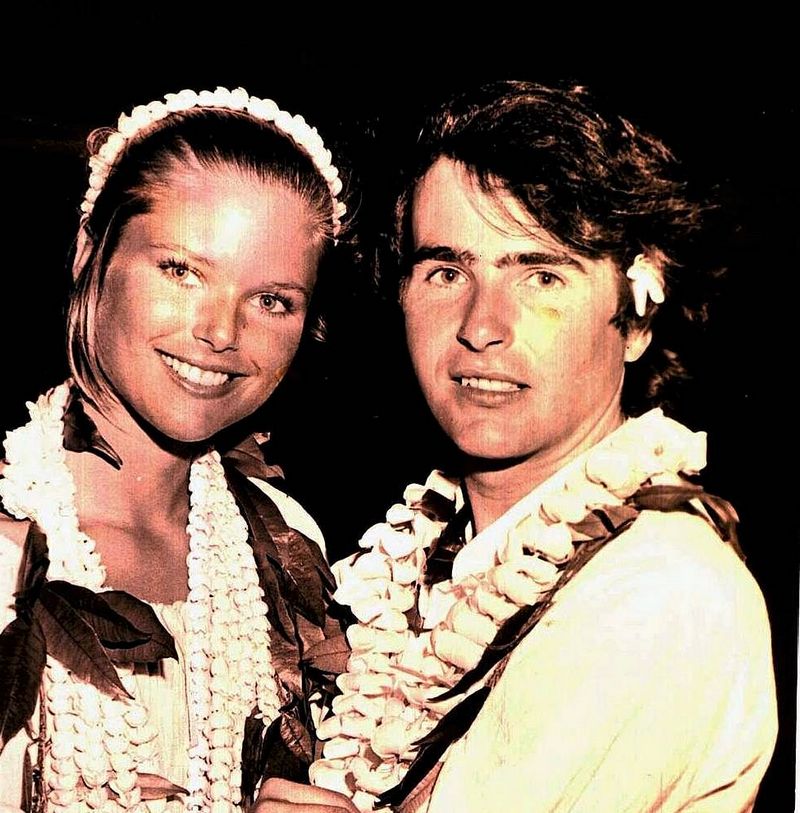 They met when she moved to Paris to study in 1973 and the young lovers got married. Christie was married at the beginning of her career but as the world fell in love with her, she started having a hard time keeping her home. According to Christie, their marriage ended because they were both too young and immature for a relationship. Basically, the supermodel’s career put an unbearable strain on her marriage and it broke. He is now remarried a happy father to two boys. 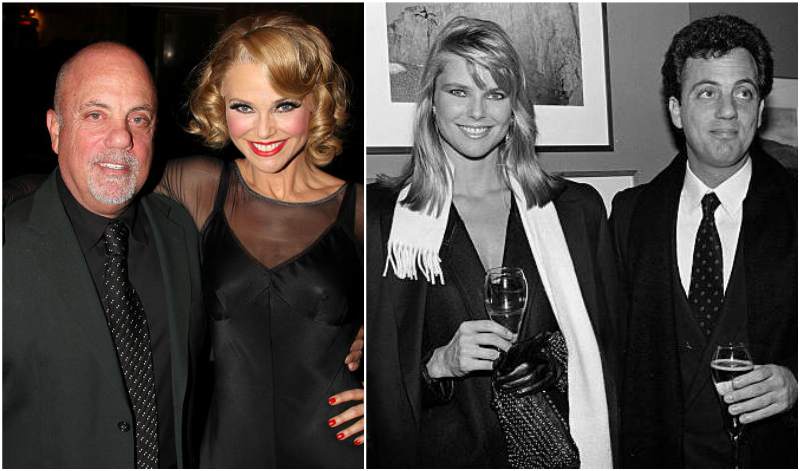 His birth name was William Martin but is known famously by his professional name Billy Joel. He is indeed a rock legend and is known to sing so many songs about his upbringing on Long Island. Joel is a multiple time Grammy award winning artist and is one of the best selling artists of all time. His solo career was filled with a numerous number of awards, inductions into halls of fames and crowded tours.

His mother was central to his love for the piano as she insisted while he was younger that he took piano lessons. In his teenage years, Joel took boxing classes, got his nose broken and realized that his soul belonged to music. Billy’s first wife was Elizabeth Weber Small whom he married on September 5, 1973 but divorced on July 20, 1982. His second wife was the superstar Christie and after her, he married two other women. He remains on good terms with the Uptown girl even after their divorce. 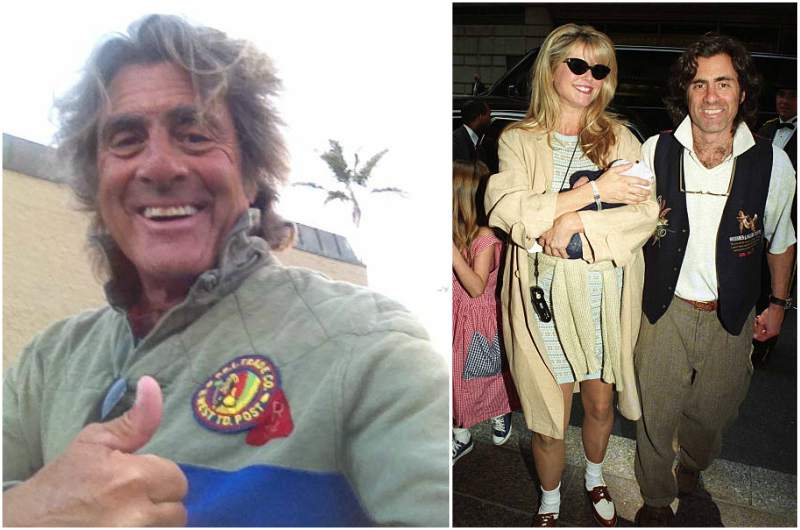 Richard started off their relationship as a con man! Billy got broke and Christie needed a rich man to move on with. Here came Taubman who claimed he was from a billionaire family dynasty. They had survived a plane crash together and that was how their love began. He is a real estate developer and got married to Christie in 1994.

She gave birth to their son in 1995 and while their baby boy was just seven weeks old, they divorced after a marriage of barely one year. The major reason for their split was because Taubman was unable to refund the huge loan he took from the supermodel.  After their divorce, Richard gave up every right to his son including his visitation right. 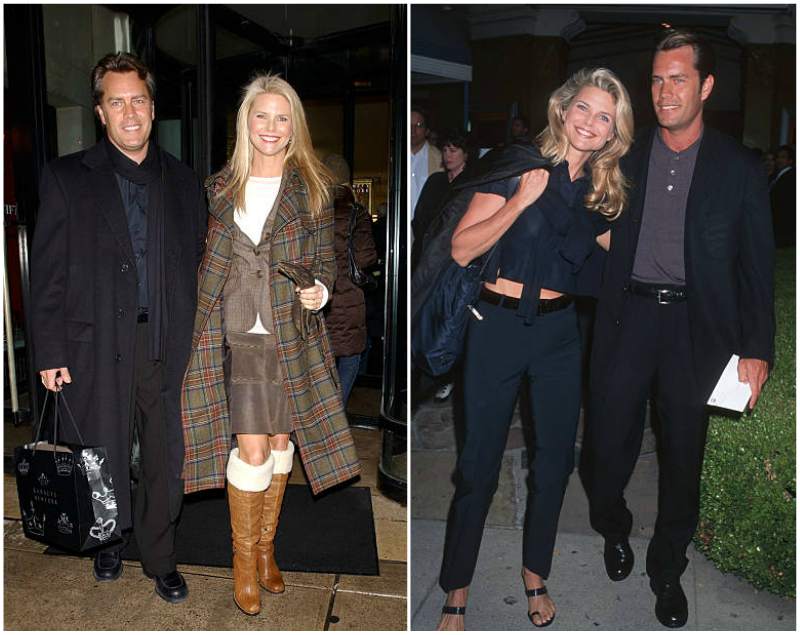 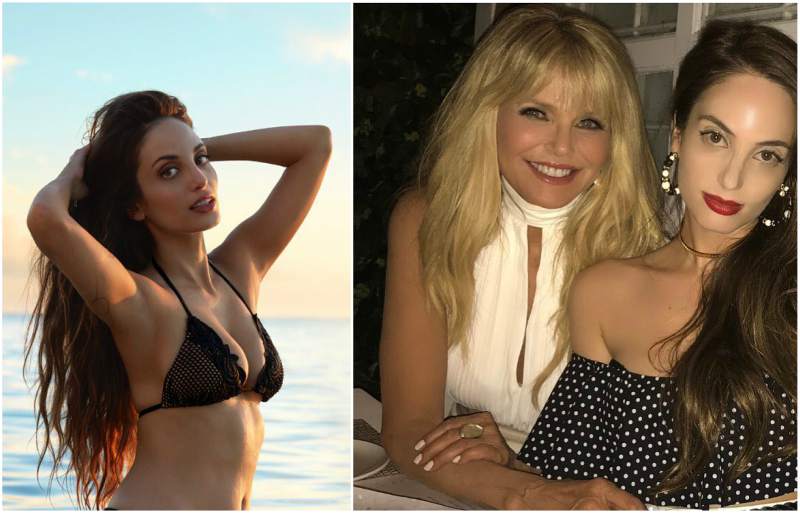 The brunette beauty definitely has her mum’s looks! Like her father, she is a singer and she plays the piano well. Joel was named Ray in honour of the musician Ray Charles, her father’s big music idol. She is known for her melodic song writing which she learnt from her father. Billy used to write melodies first then the lyrics of the song later and this is exactly who his daughter is.

She has performed severally together with her father on stage and Billy has been the greatest influence in her musical career. Christie was the face of Prell shampoo in 1986 and in 2010, her first daughter Alexa was chosen to succeed her. In December 2009, Joel was in distress after the end of a four-year old relationship and she resorted to painkillers to feel better. She took so many pills to numb this pain but it almost cost her life and a lot of people felt it was attempted suicide. 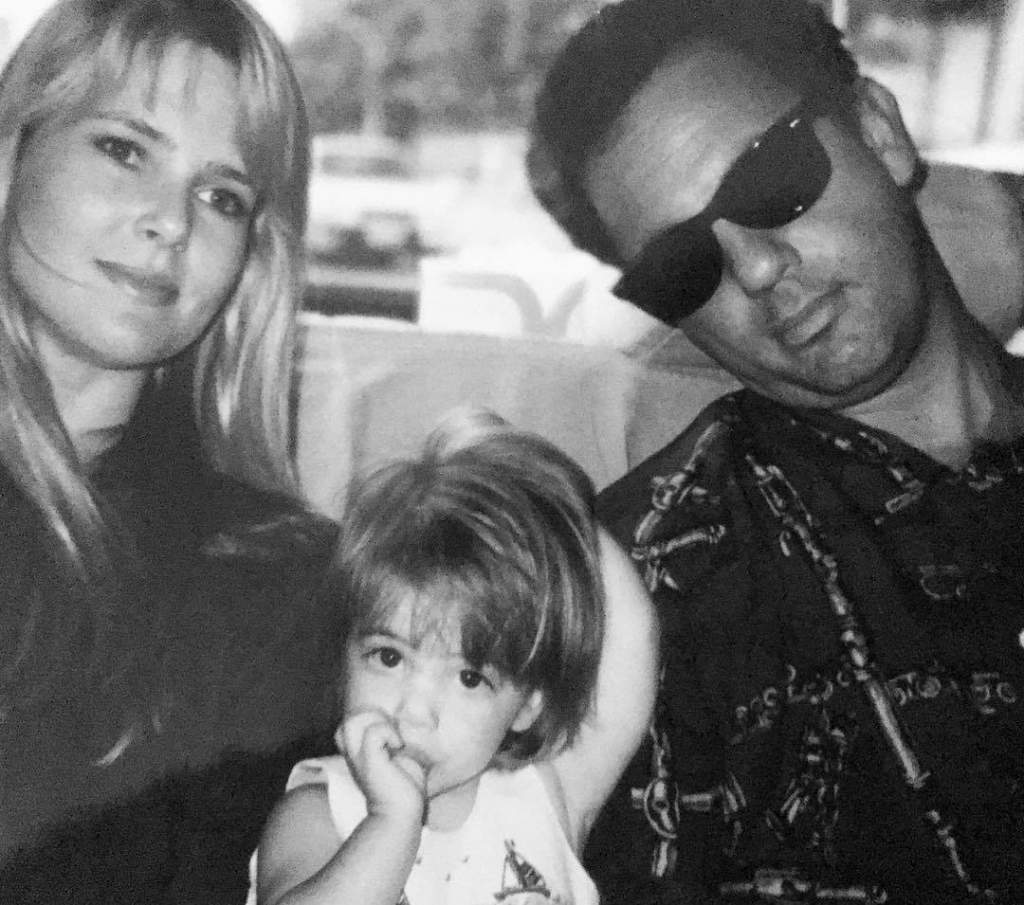 Christie and Billy with little Alexa

Ray has had to deal with the pressure from her two megastar parents. It has been very tasking and the demands have been even more seeing that she is also in the music line like her legendary father. She claimed that her confidence has increased overtime by the wide acceptance she received from others on her career. The shampoo endorsement was also a big deal as it made her feel like she truly was beautiful and people appreciated her for this. Since 2013, Alexa has been romantically involved with restaurateur Ryan Gleason. 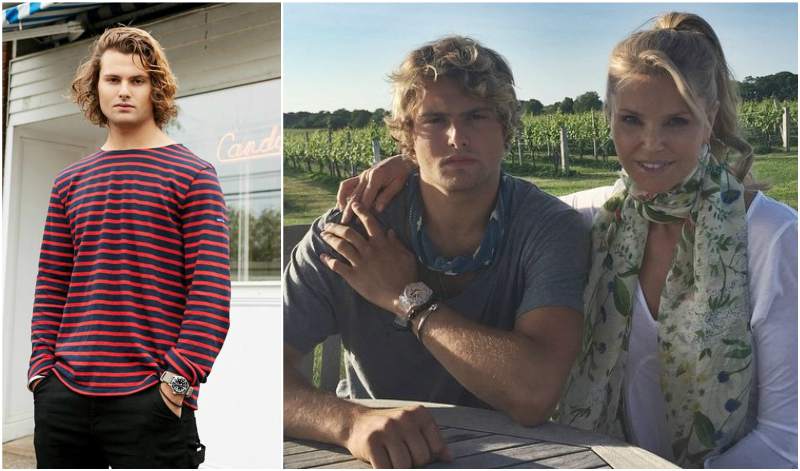 Jack is the only child Christie had with Richard Taubman but was later adopted by Peter Cook and also took on his name. Like his mother, he also has the show biz genes but decided to take the theatrical and dramatic aspect of it. Jack is an actor and though might not be a model like his mother; he definitely took on her adventurous side. Jack loves the ocean like Christie and is in for anything swimming, sailing or surfing. All three grown-ups share a tight bond with their mother. 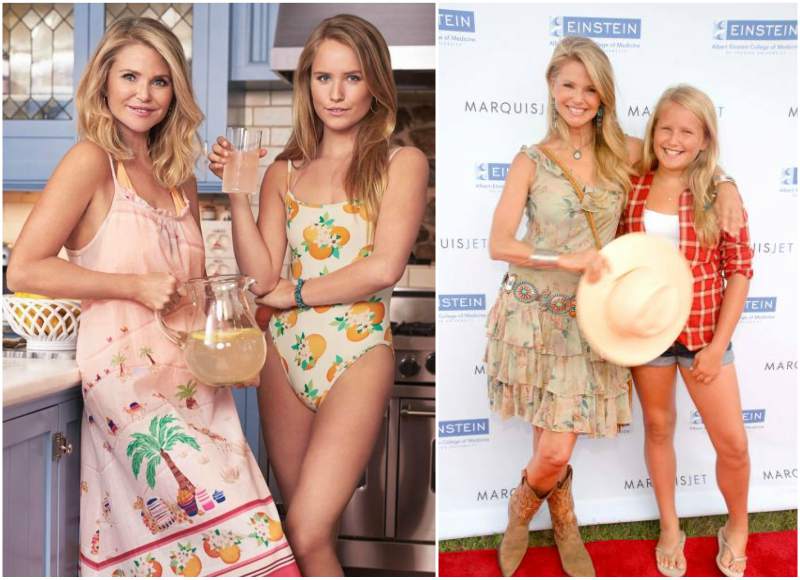 Christie’s genes are definitely strong as her second daughter also has a striking resemblance to her. She does not just look like her mother but followed in Christie’s career steps. While she was fifteen, Sailor declined several advances from modelling agencies. She felt she was too young but after turning sixteen she began her career. While in high school, she has already landed huge modelling gigs and we have no doubt she would be as successful as her famous mother. 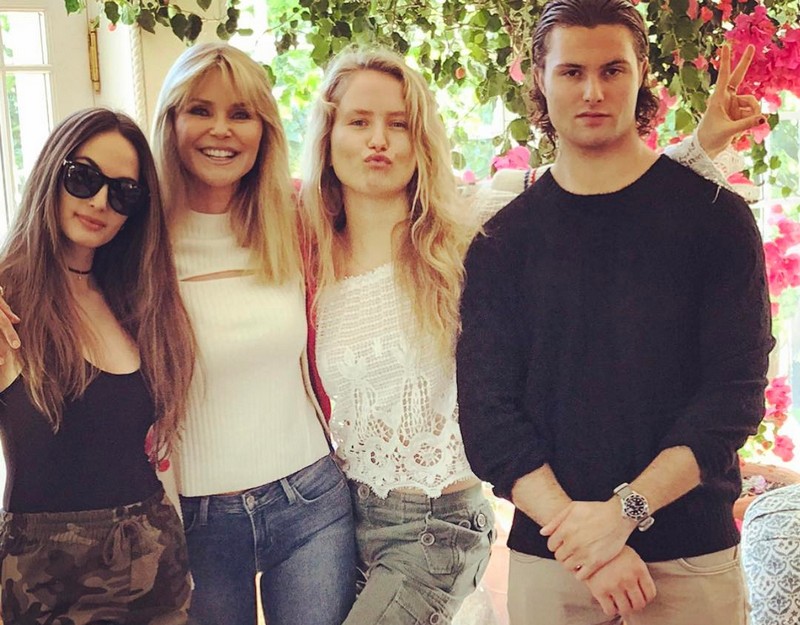