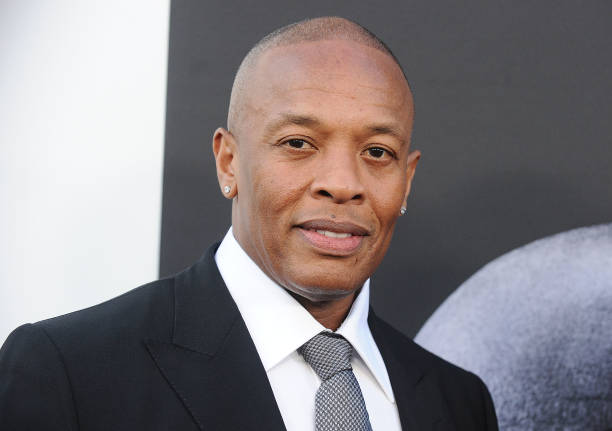 The brilliant artist Dr Dre was different from the everyday rapper, his rhymes were simple and his delivery was slow and clumsy. He never felt the need to keep on the statuesque and stuck with his own style. Today, more than any other rapper, Andre Romelle Young was responsible for moving away from the party vibes of old school rap to the G-funk style of rap. More than being a great artist, Andre is a businessman who later launched a celebrity headphone lines ‘Beats by Dr Dre’.

The multi-Grammy award winning artist is not just popular for his exceptional albums but he has made history in the financial aspect of music. He was in 2014 the world’s highest paid musician and he also set the largest gap between his financial fortunes and the number 2 on the list. He is not on the top of the list anymore but still falls between the first three.

We all know Dr Dre for his career but how much do you know about his person? Do you know his family story, the number of siblings he has, his love relationships and his children? Read on as we divulge all of these juicy details.

Theodore sang in an unsigned R&B singing group, ‘The Romelles’ and Verna was still in high school. The young lovers started a relationship and fifteen year old Verna became pregnant. After she had her baby, he was named Romelle after his father’s amateur group. Theodore was married to Verna between 1964 and 1972. 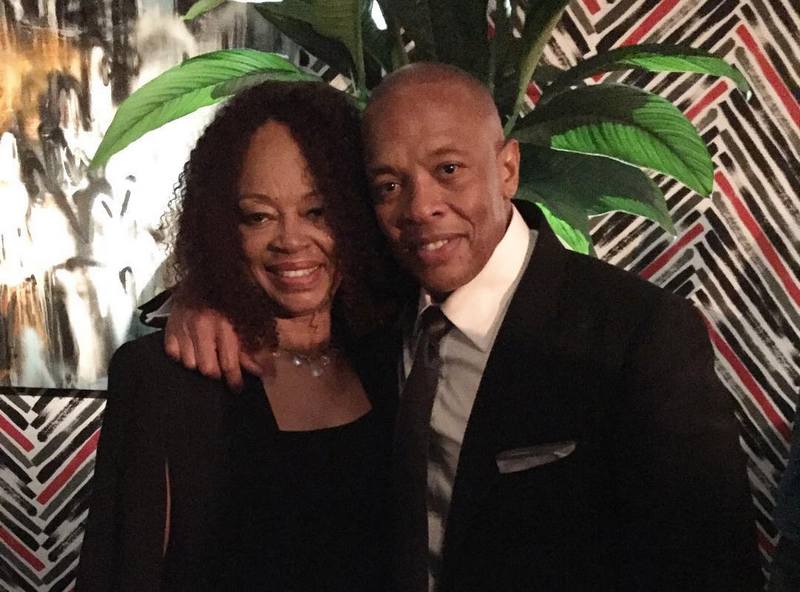 Verna herself was a musician but not half as famous as her son. Shortly before Dre was born, she quit her group Four Aces and focused on being a mother. She was a teenage mother and became responsible for single handedly raising her son. Being a teenage mom at the time, she was greatly discouraged to not keep the child since it was unheard of way back. She refused to abort Dre and stuck to a decision to have him and today that one decision has proved all her doubters wrong. 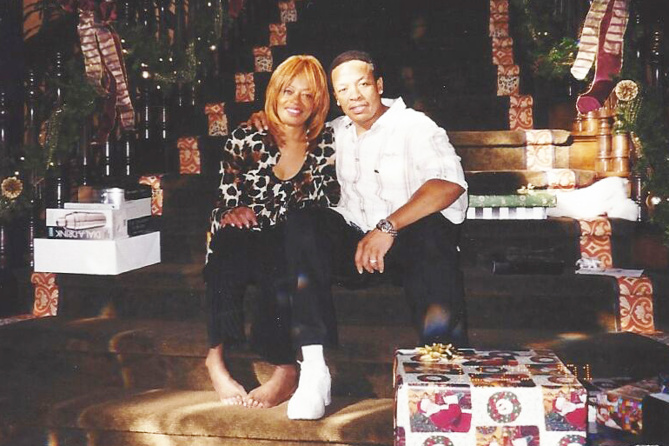 Dr Dre grasped the power of music when he was young and living in the lower middle-class Compton. According to the rap legend, as he grew up, the music came on before the lights in his family home even did. This incredible exposure to music made him give credit to his mother for being his most profound musical influence.

Young remarried severally, one time she was with Curtis Crayon with whom she had three kids and later on married Warren Griffin while Dre was in high school. 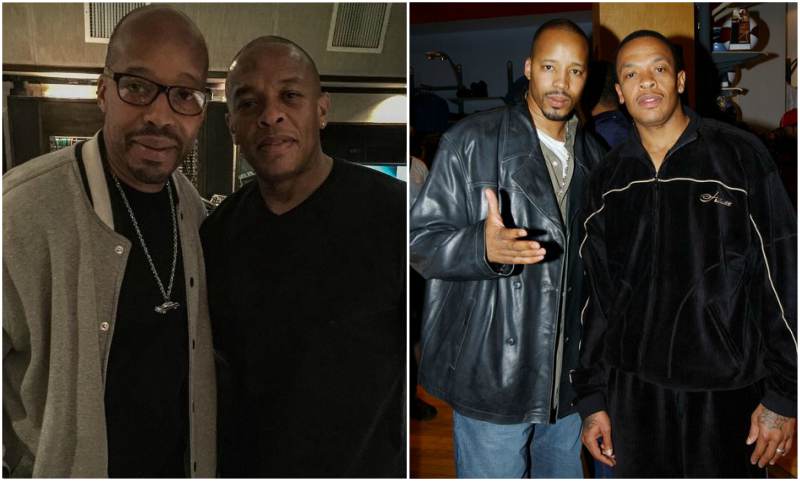 Warren became step brothers to other music pro when Verna Young got married to Warren’s father. They maintain a close relationship and Warren was the one who introduced his celebrity brother to Snoop Doggy Dogg. Snoopy later went on to become Dre’s greatest protégé. He is married to Tennille Griffin. G is also a rapper and runs a successful solo career.

Shameka is the only living child Young had with her other husband Curtis Crayon.

Jerome passed away when Dre was just one year old. He was ill with pneumonia and it eventually claimed his life.

Tyree was killed after a vicious gang-related attack that left him with a broken neck. He dedicated the last song on his massively successful album ‘The Chronic’ to his late brother.

Cassandra is the first recorded girlfriend to Dre. They were together while he was only in high school and by the time she was fifteen, she had his first son. Their relationship was short lasting and Green ended up raising their son far away from Dre for twenty years until the big reveal.

She was the net high school lover and had another child for Andre Romelle.

Jenita was the third lady to be in a relationship with the music icon. Like his past relationships, hers was short lasting also and she became a mother for him. 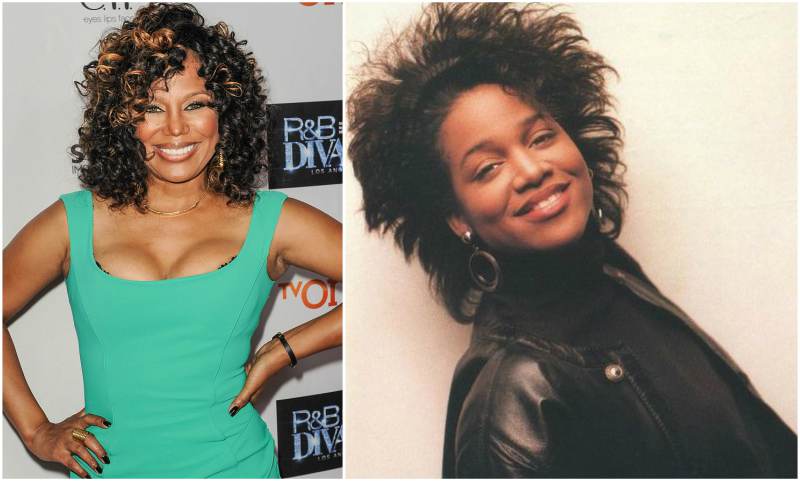 Michel’le speaks with a signature childlike voice but amazingly, her singing voice is a contrasting strong voice. She frequently contributed vocals to Dre’s works and during this time they had a serious relationship and she had a baby boy for him, Marcel. In March 2015, Michel’le accused the music magnate for being physically abusive during their time together but she made no legal action against him. After leaving Young, Toussaint went on to marry Suge Knight in 1999 but they divorced six years after but she had a daughter Bailei with Knight already. 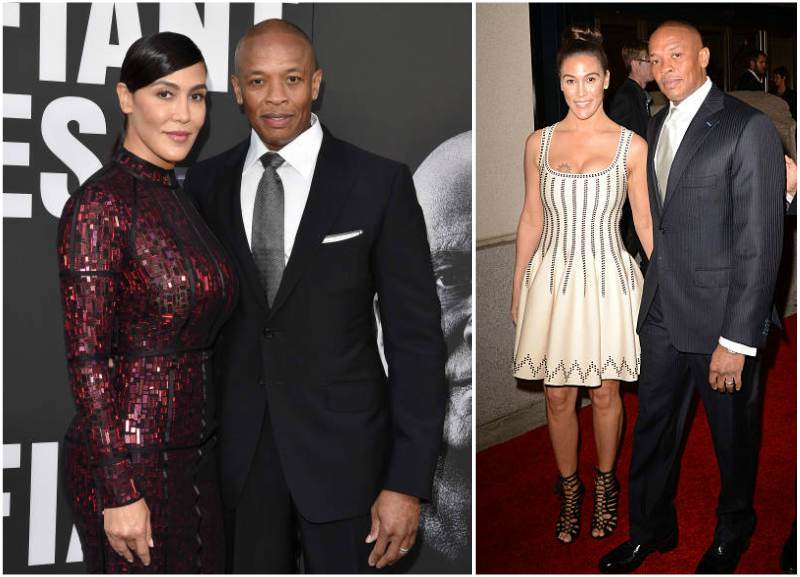 After having children with four women, Dre finally found love with the ex-wife of NBA former star Sedale Threatt. She is an American showbiz personality and currently works as an attorney. She is not known as a lawyer because Nicole gave up her law carer to be Dre’s wife and a socialite. The royalties have been married for more than two decades and after four women, Dre seems to have finally found his much desired marital bliss. 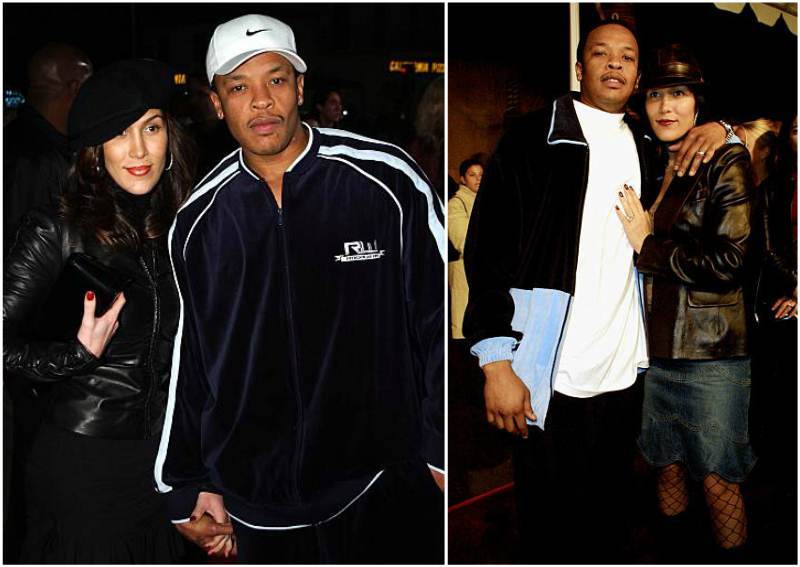 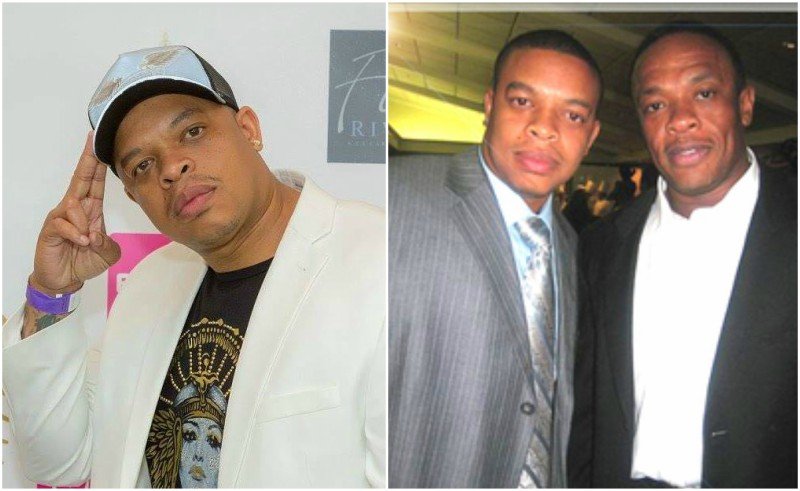 When Dre was only sixteen, he became the father to Curtis and Green was fifteen. For twenty years, he did not set his eye on his son as he was raised single handedly by his mother Cassandra Green. Dre only met with his son after a DNA test proved positive and since then maintains a fairly cordial relationship with his first son.

Curtis is now an aspiring rapper like his father and goes by the name ‘Hood Surgeon’. Curtis is married to Vanessa Young, she had two daughters from her past relationships and they are parents to two biological sons. 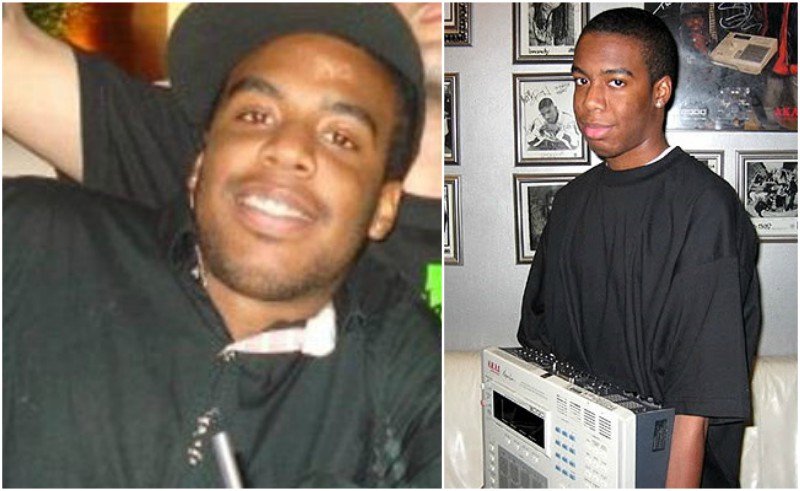 Andre is the third child to the rap legend and two years after his birth, his mother Porter sued Andre as she was seeking monthly child support. In 2008, Andre Jr. was found dead at his mother’s home from an accidental overdose on heroin and morphine. 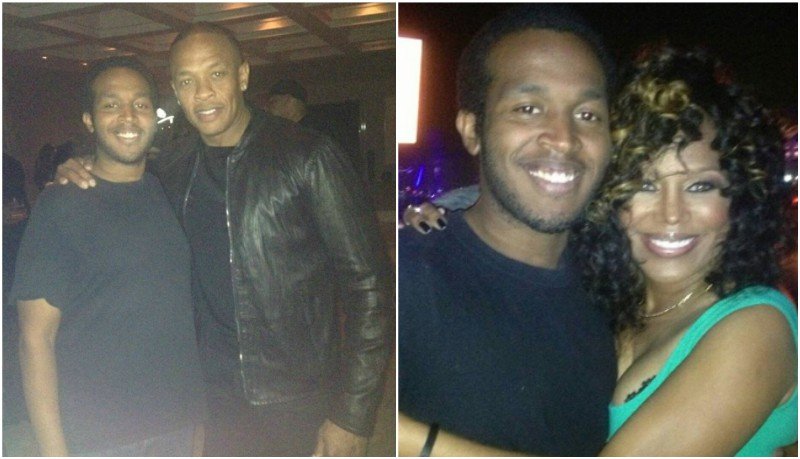 Marcel is the second musical royalty born to the music legend. His parents’ relationship was resurrected in the 2016 Lifetime movie, Surviving Compton. 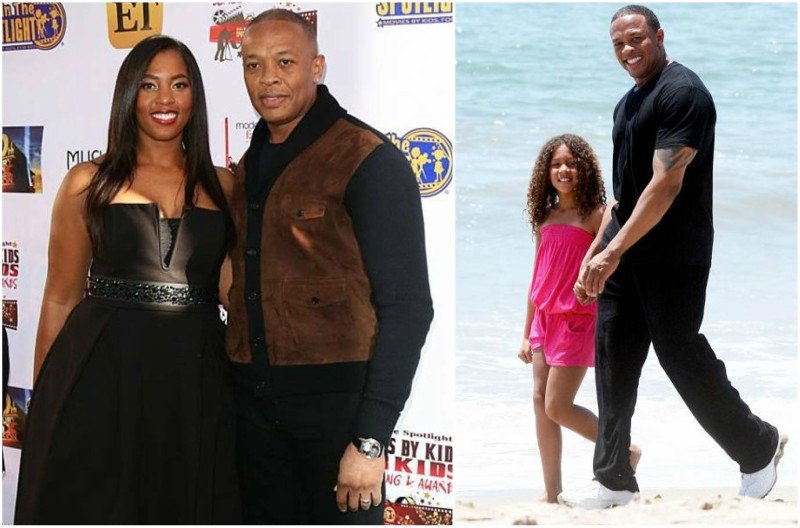 Tyra is another child to the Straight Outta Compton (2015) star. The identity of her mother is not known but Dre agrees that she is his daughter. 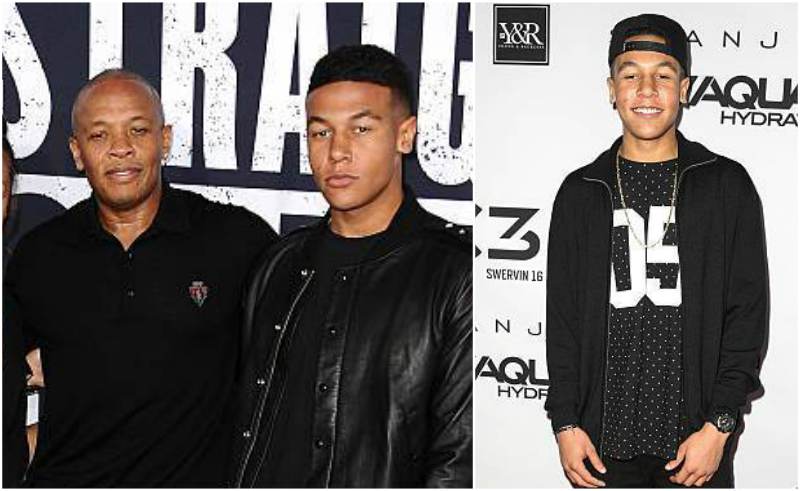 After his first ever marriage, Dre had a son named Truth. 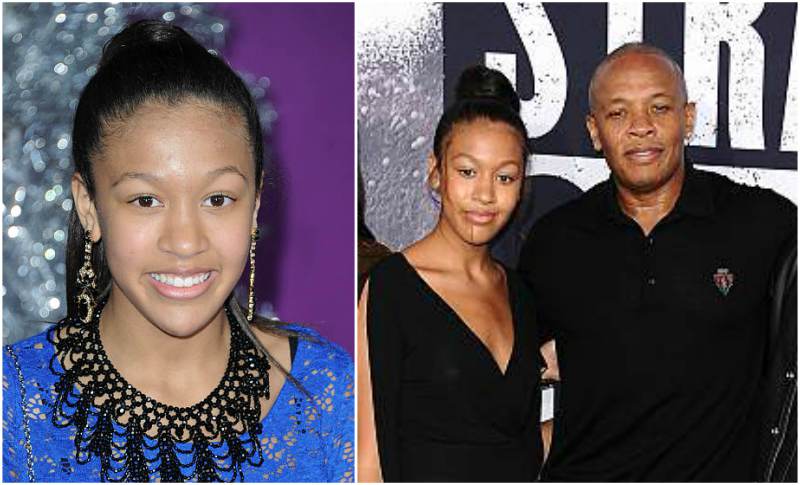 She is the youngest child to the hip-hop mogul. The fine-faced Young is active on several social media platforms thanks to her identity as the youngest heir to the Young fortune. 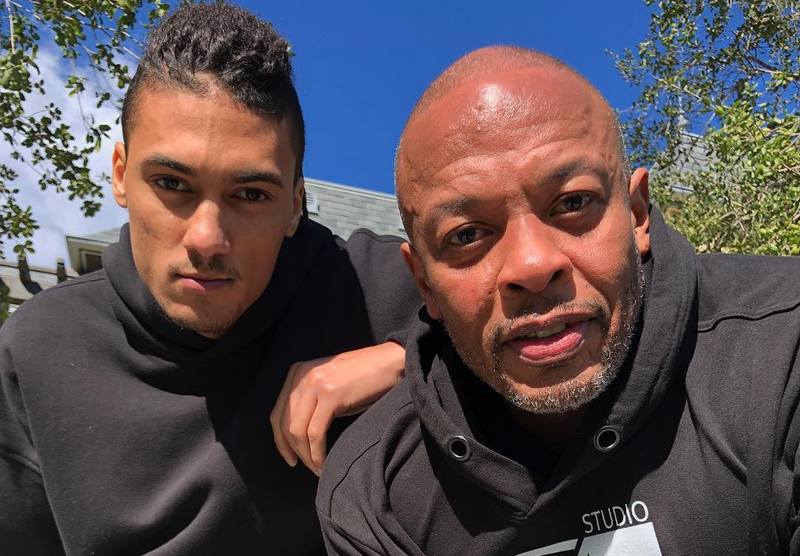 Colombian Singer Maluma: His Family and Girlfriend
All you need to know about the real life family of Josh Brolin; the man who played Thanos