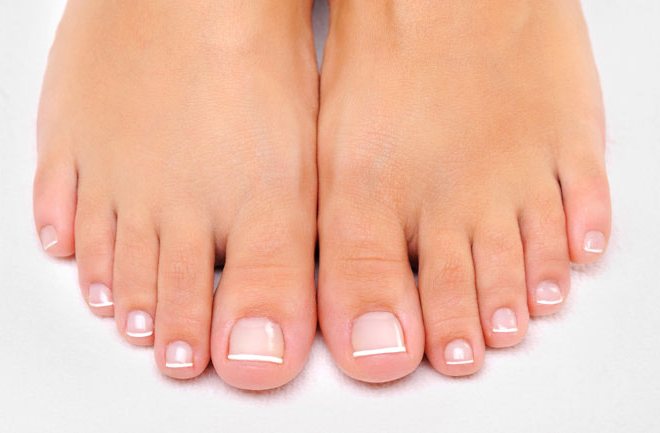 You know the way the media makes celebrities the perfect ones. This article is a breath of fresh air to all the “disadvantaged shoe size gang”. For those with extra small shoe sizes, I guess they don’t have so many worries because it’s still something cool.

But I bet the struggle is real for those on the larger side. After reading through this, I believe you worry less about the extremes in your feet size because at the end of the day, no one notices. These list of female celebrities look awesome in pictures, small or big feet regardless!

P. S. all shoe sizes are US Measurements.

We do not expect less from the Australian celebrity pop-star Kylie Minogue, she already has a petit body so small feet are just expected. 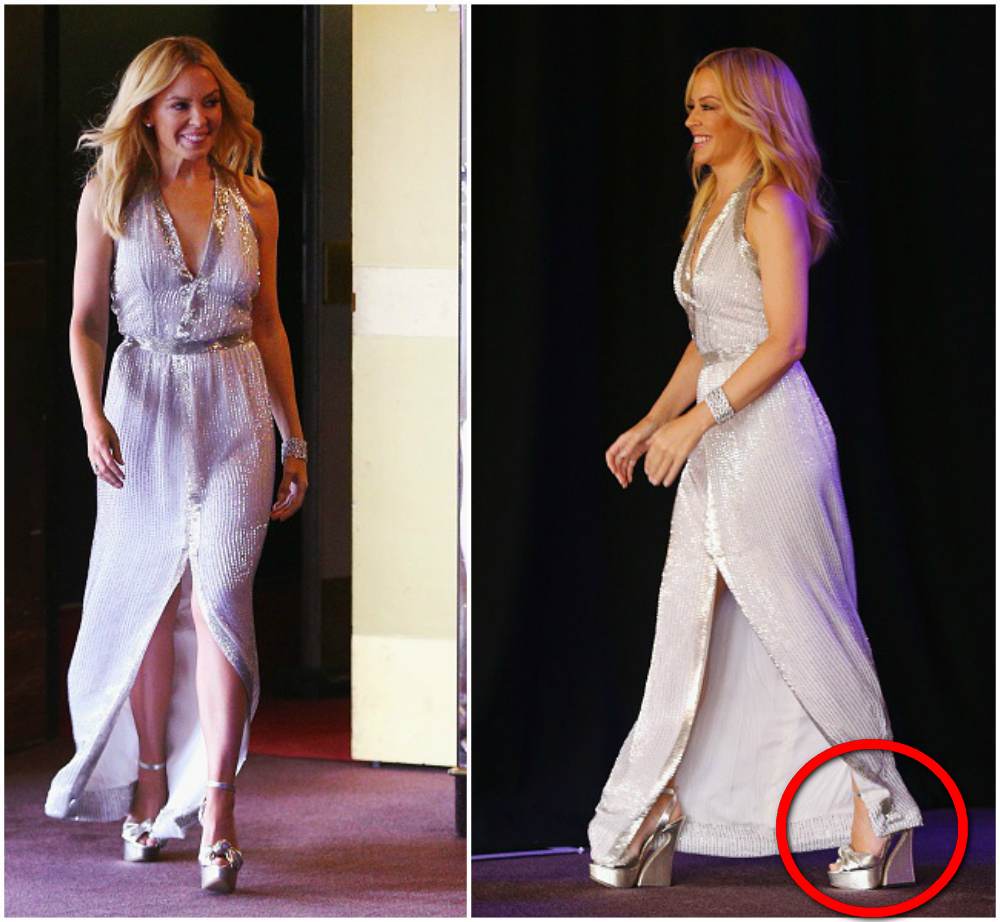 American TV Personality and Dancer Nicole Elizabeth “Snooki” is best known for starring in Snooki & Jwoww, apparently she got her nick name from the reality show. She does not just dazzle with her cute face and adorable smile, she has pretty tiny feet to go with it. 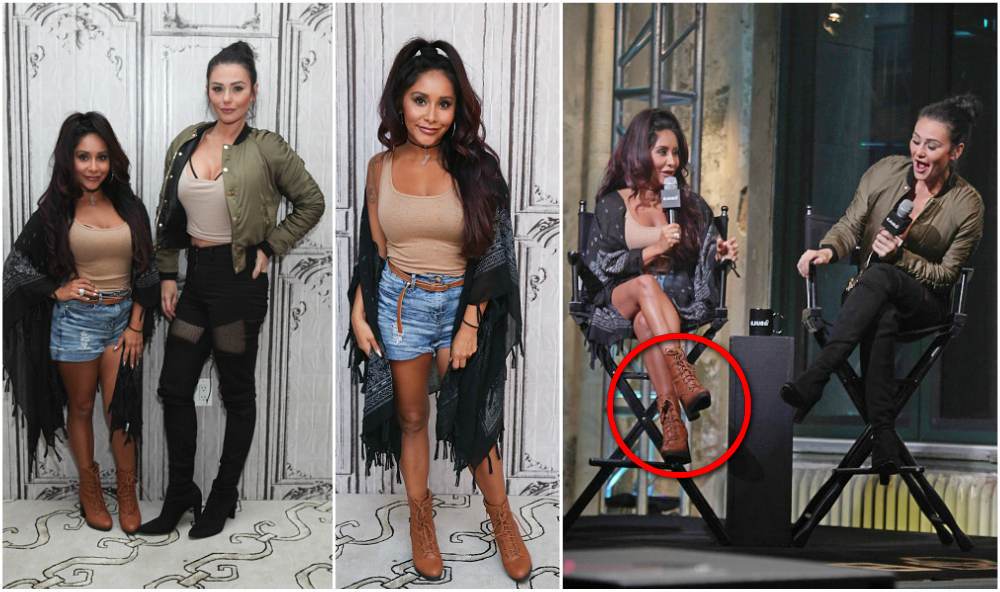 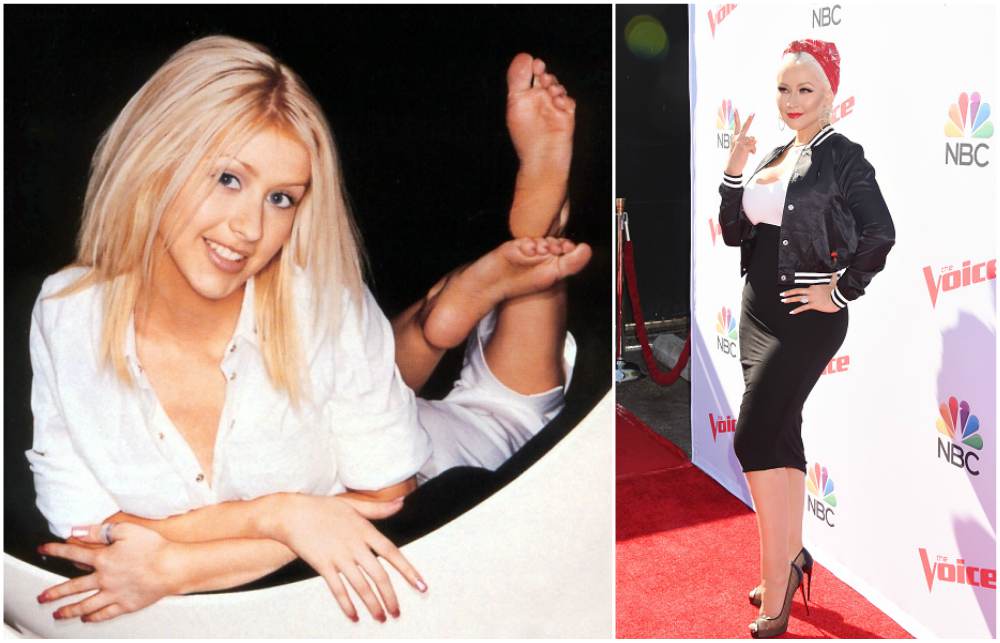 The Little girl with a big voice became her name since she was a child. Singer Christina Aguilera although now grown up, her feet size is still very petite. 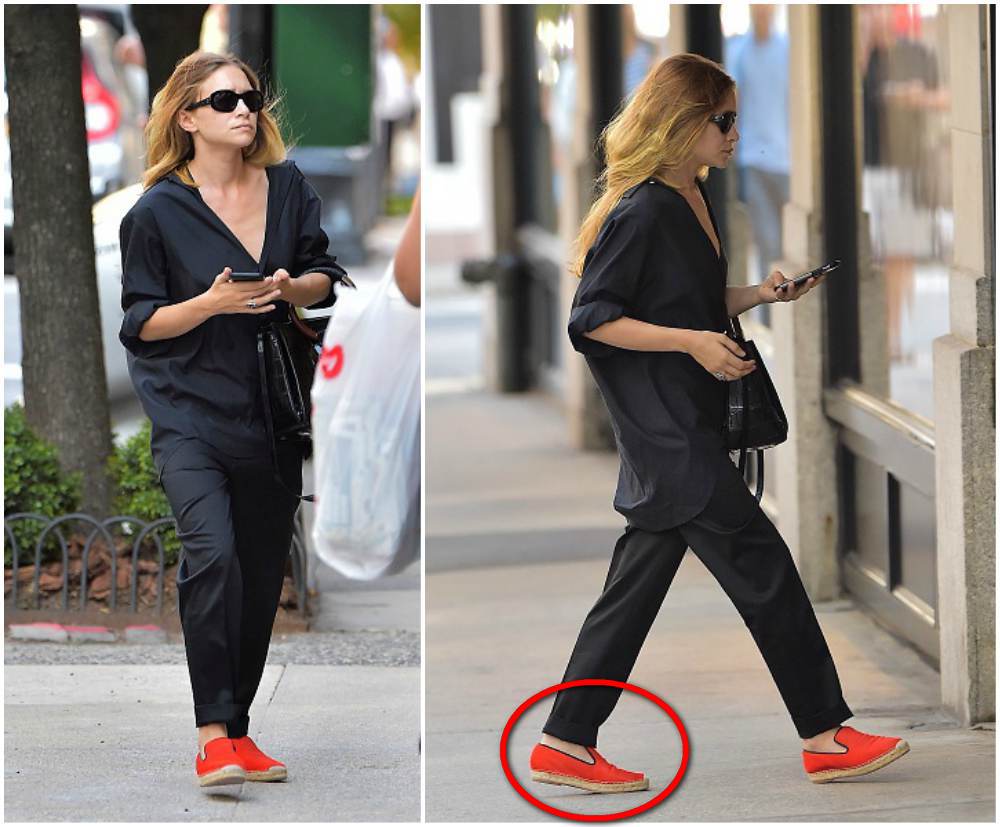 Mary-Kate Olsen is a twin, a top American fashion designer, businesswoman, producer, author and the co- founder of luxury fashion brands The Row. She stands really tall in the fashion and entertainment industry with her petit feet size. 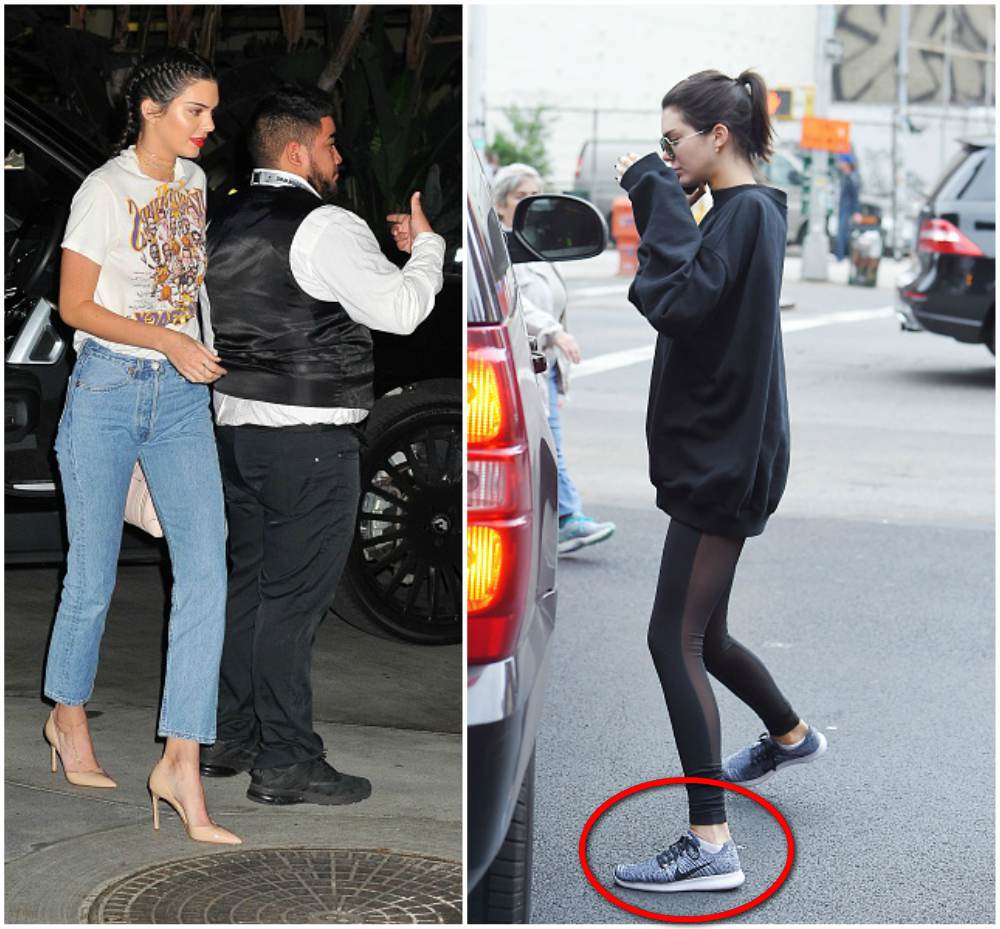 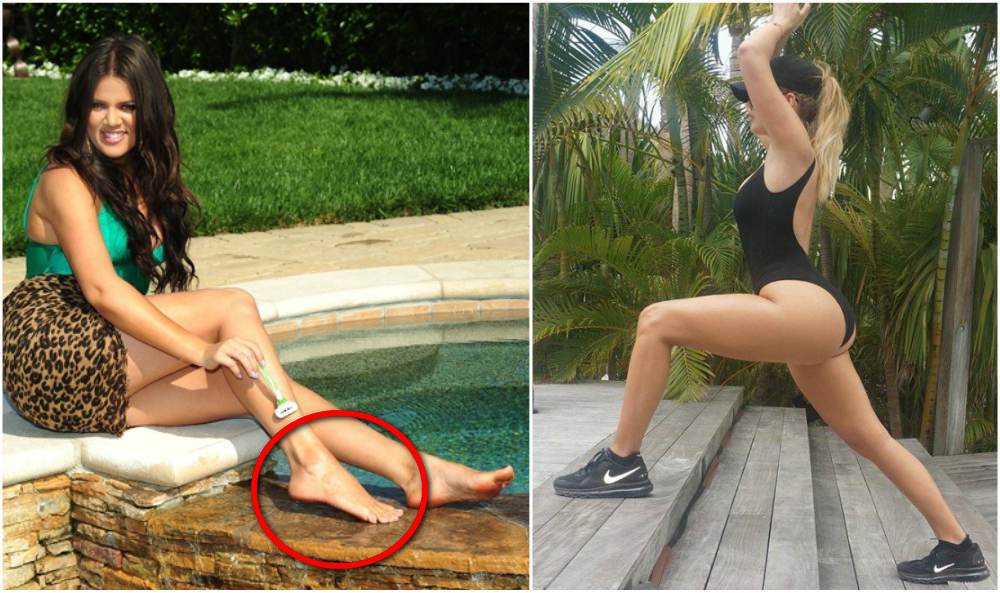 Amazingly, these two are siblings. They are members of one of the most famous families in Hollywood. Kendall Jenner is a fashion model and TV personality. She is one of the most followed celebrities on instagram. Khloe Kardashian is an entrepreneur who is involved in the fashion and retail industries. 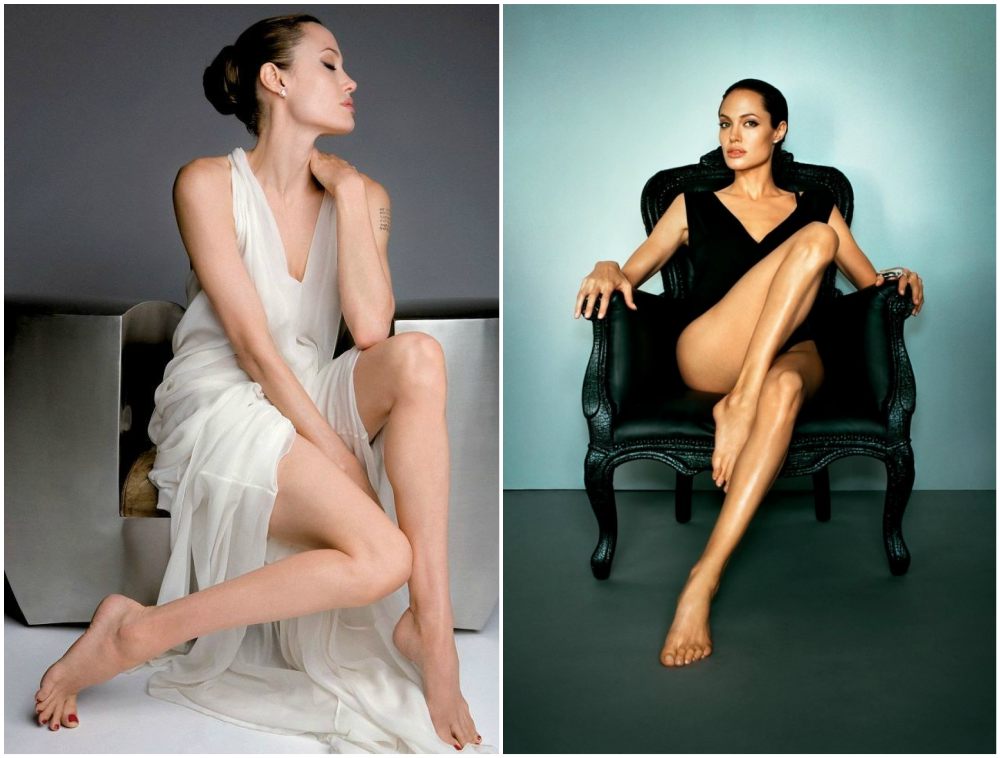 Celebrity actress Angelina Jolie’s feet were once referred to as “weird” and “gigantic” after she appeared barefoot in a Louis Vuitton campaign. This is absolutely unfair but the pretty superstar is perfect notwithstanding. 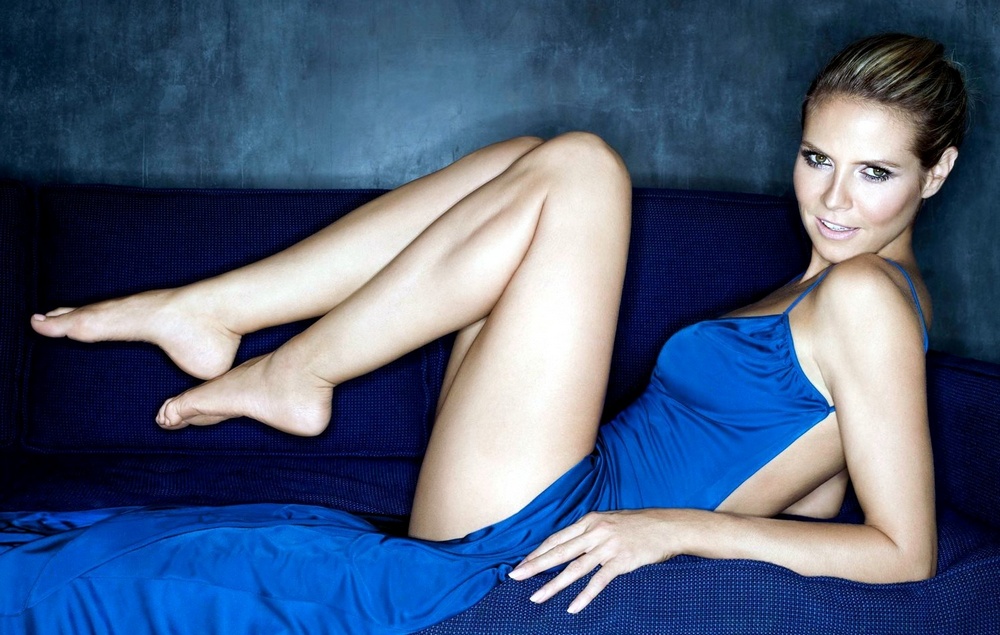 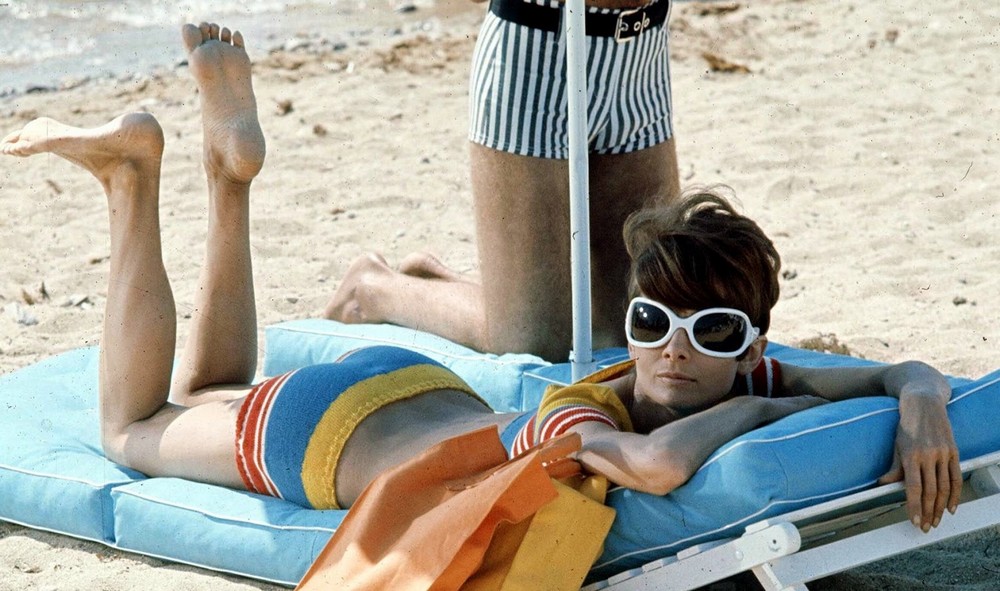 Audrey Hepburn was her own biggest critic when it came to her looks. She complained about being flat-chested, having angular shoulders, her big feet and big nose. All these did not hold her back from being one of Hollywood’s great beauties. 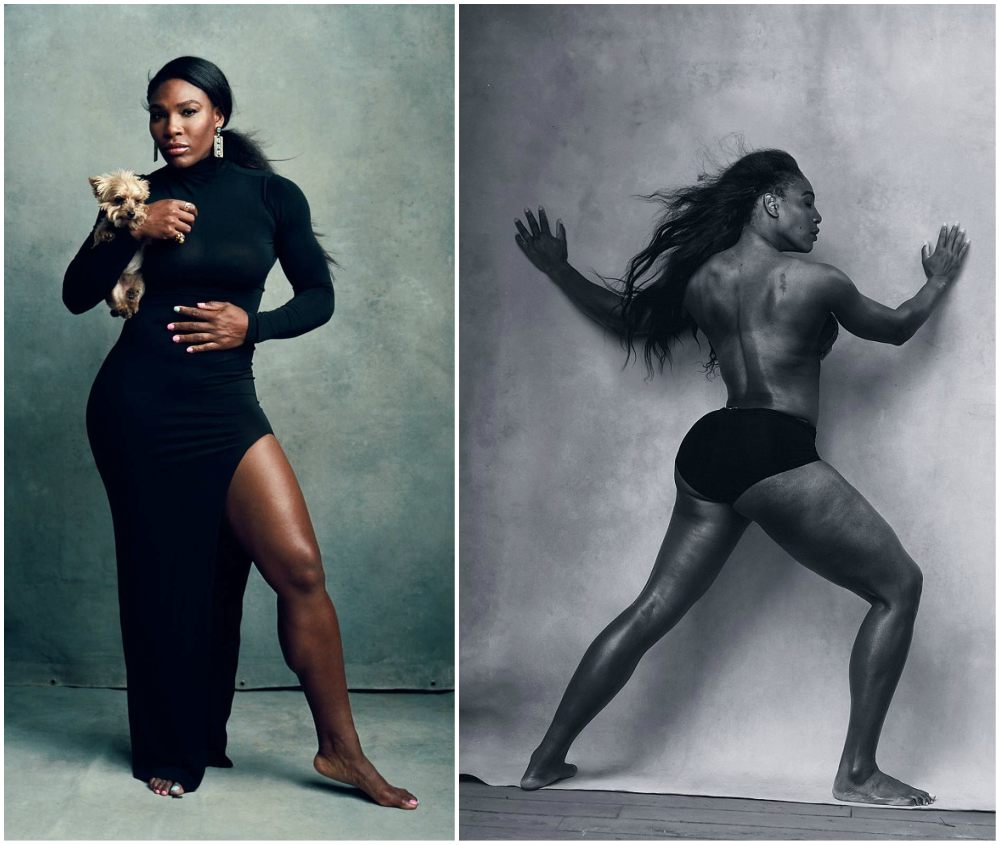 Meg Ryan revealed that the secret to her great acting is “in the shoes”. She says her big feet gives her this solid force since they are very attached to the ground. 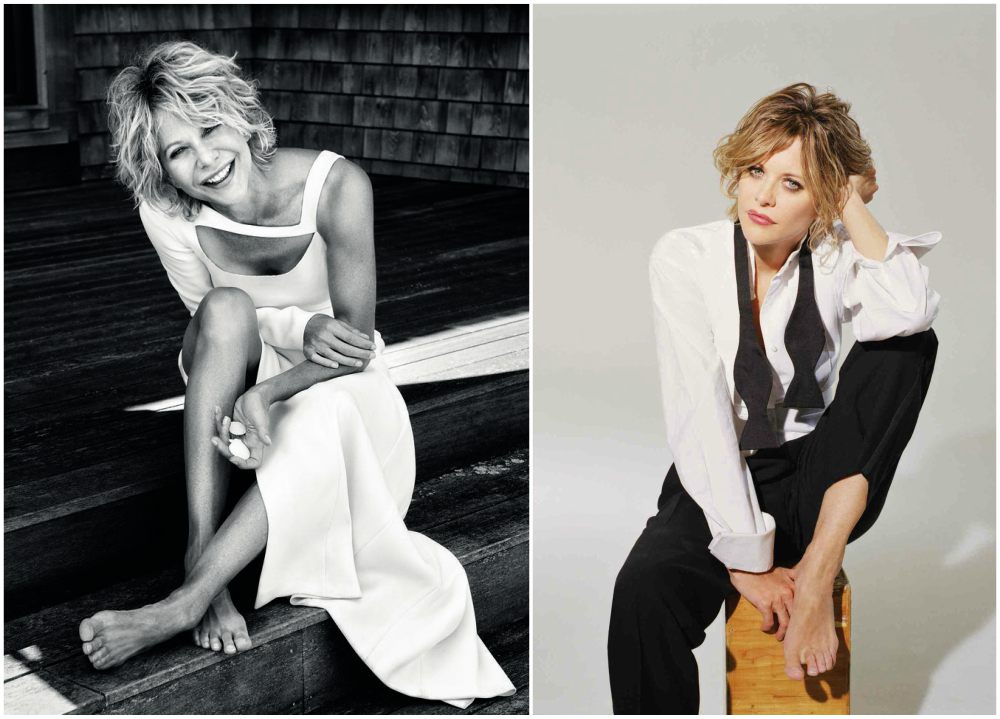 Meg Ryan shares her shoe size with Famke Janssen amongst others. 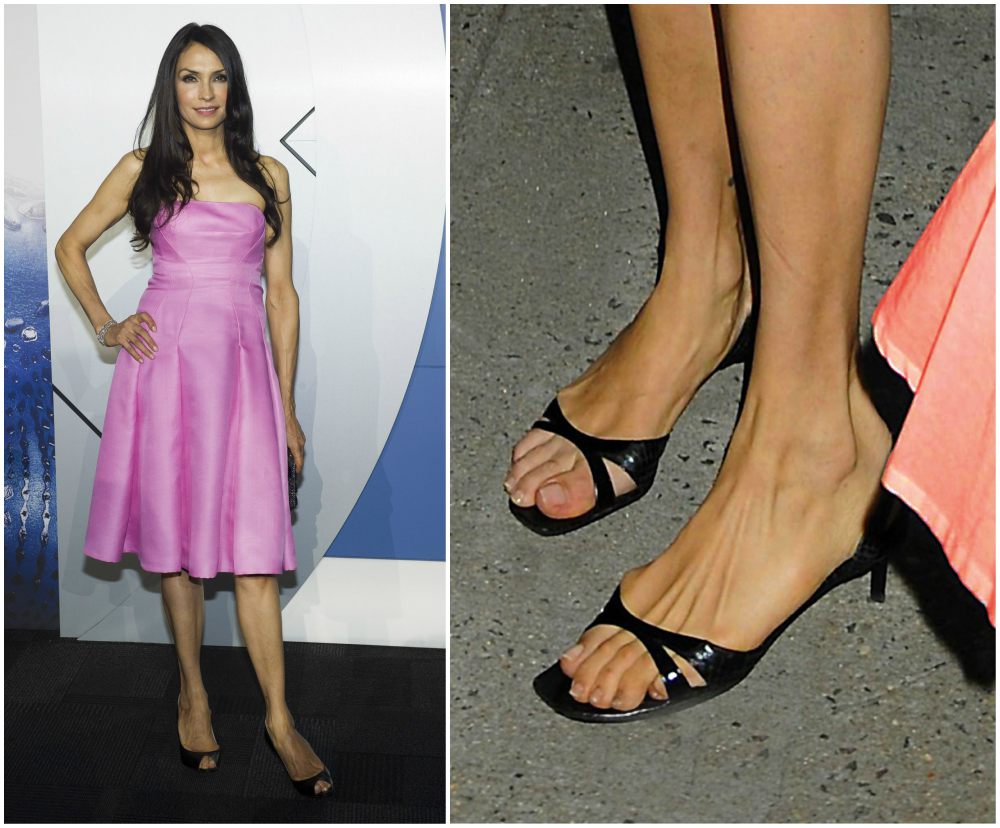 Kate Winslet is the titanic Co-star with Leonardo DiCaprio. They both share same shoe size and he finds her large feet size so hilarious that he refers to them as her “canoes”. She certainly does not have a towering height but commands an out of the ordinary shoe size. 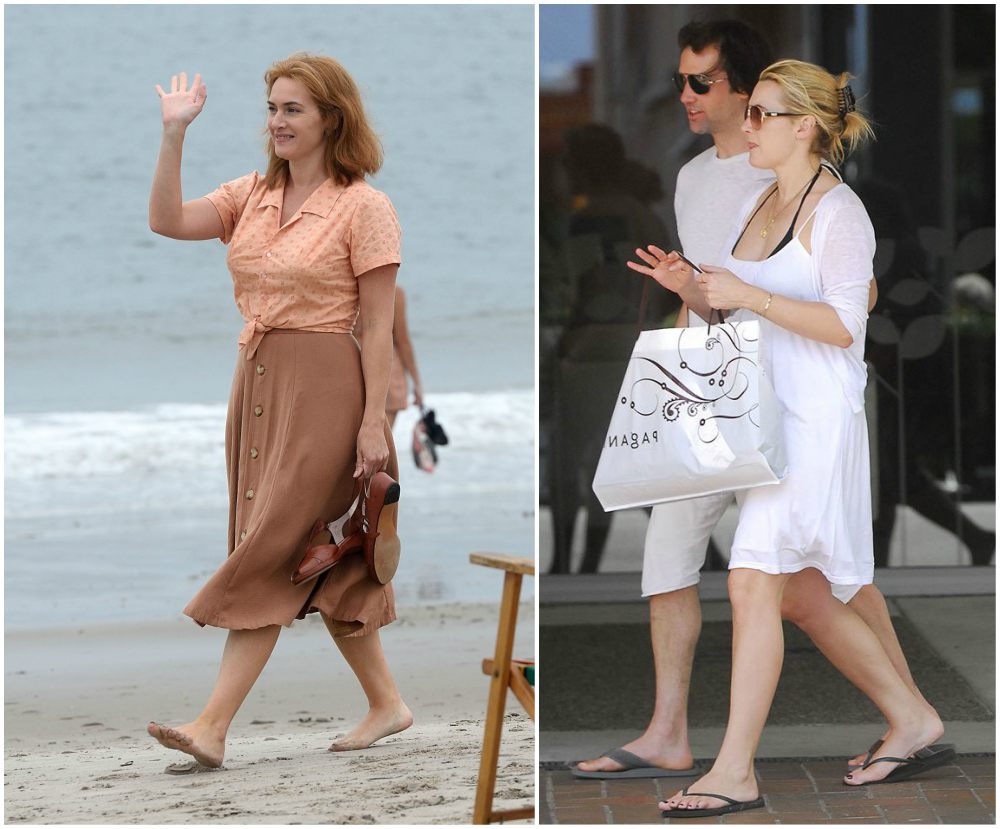 Gwyneth Paltrow is an attractive American star actress with a perfect body shape. She is Pepper Potts in the Marvel’s Avengers movie series. She is known for her love of towering high heels. 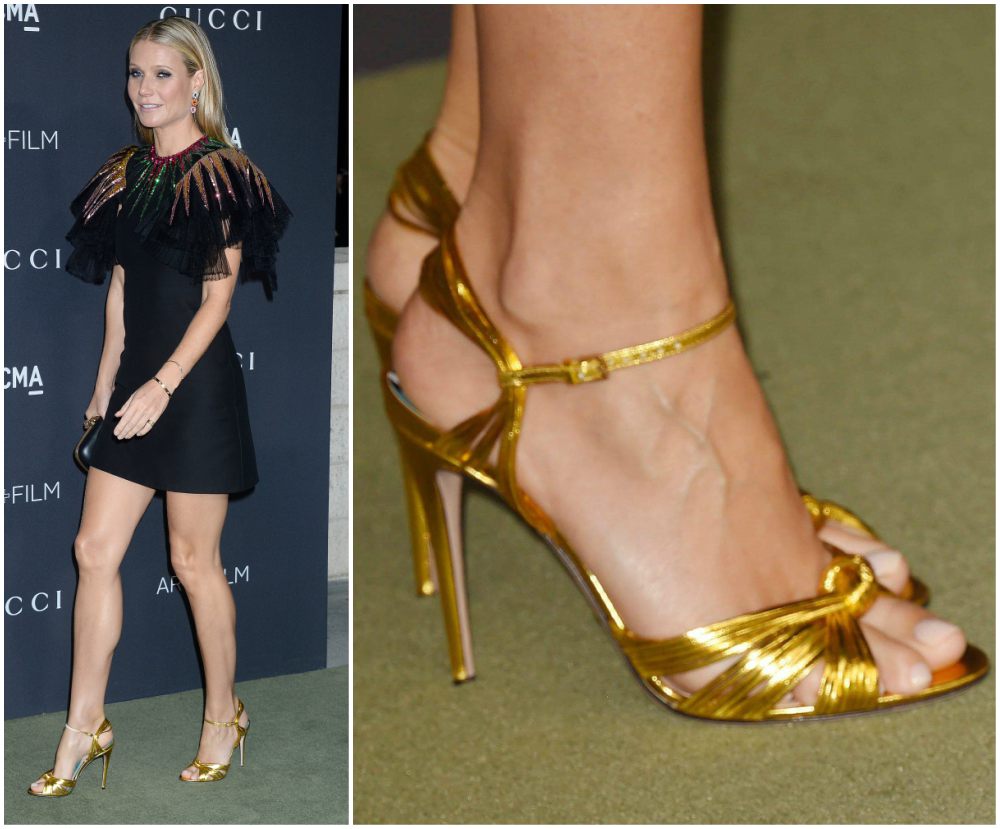 American businesswoman, model and designer Paris Hilton also has huge feet. She once admitted that she hates the fact that she has big feet because it really is a fashion problem. She doesn’t wear flats because she feels they’ll look like she was wearing canoes so she is always seen in heels. Little wonder she started her own shoe brand with heels only. 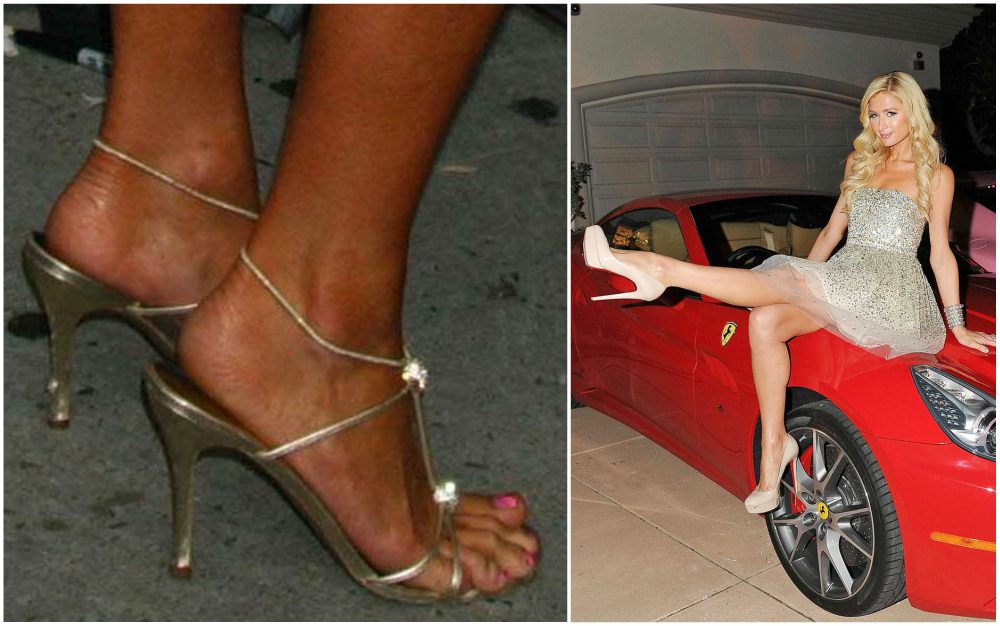 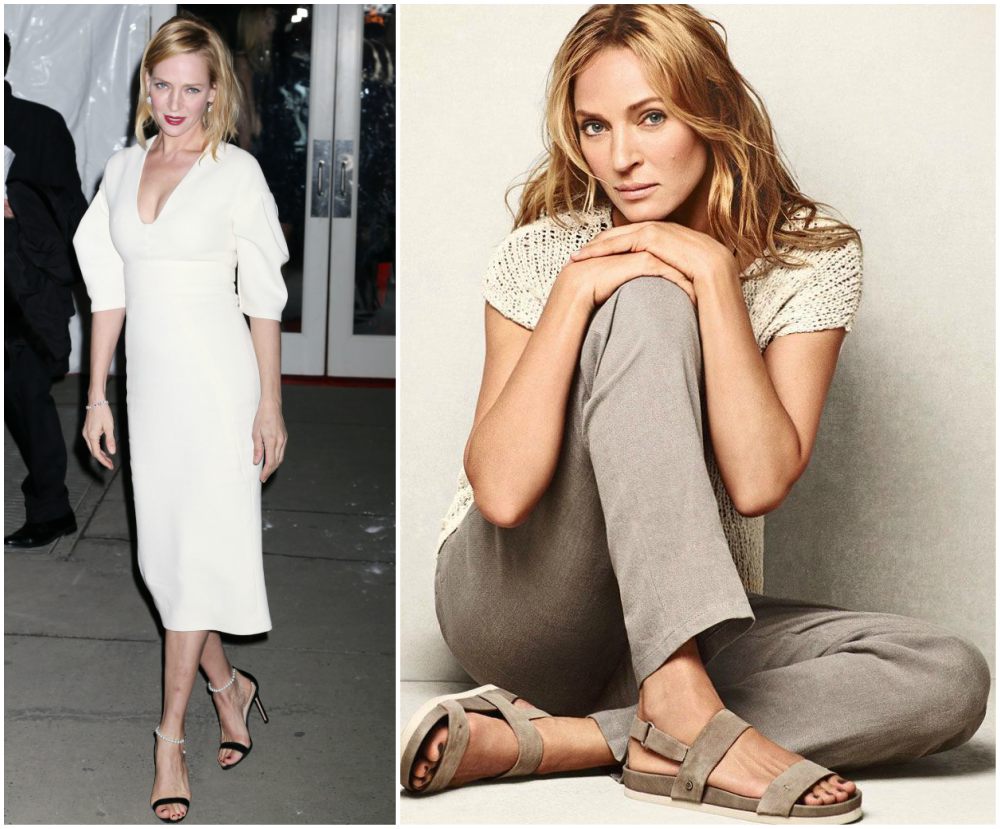 Uma Thurman says she has always felt too tall and with not-so-little piggies. 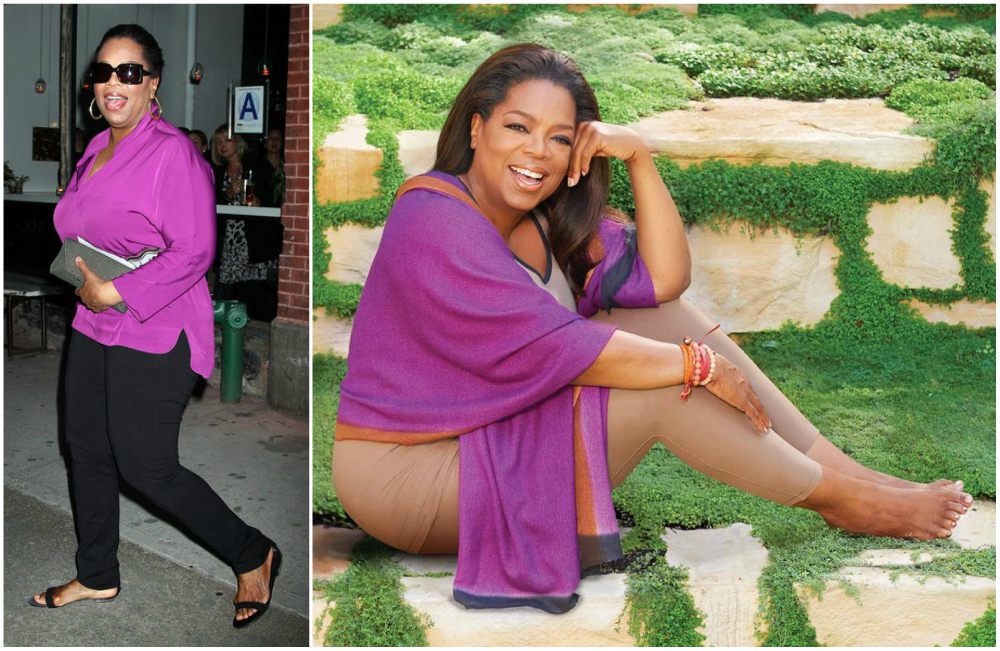 If you have ever dreamed of walking in Oprah’s shoes, this would only make you like her more-at least it makes her less superhuman. She is one of the first names you’ll mention in the world’s TV and media.

Wendy Williams and comedian Whoopi Goldberg are also “shoe-sisters”. Now we know that the fact that they look perfect doesn’t mean they are. 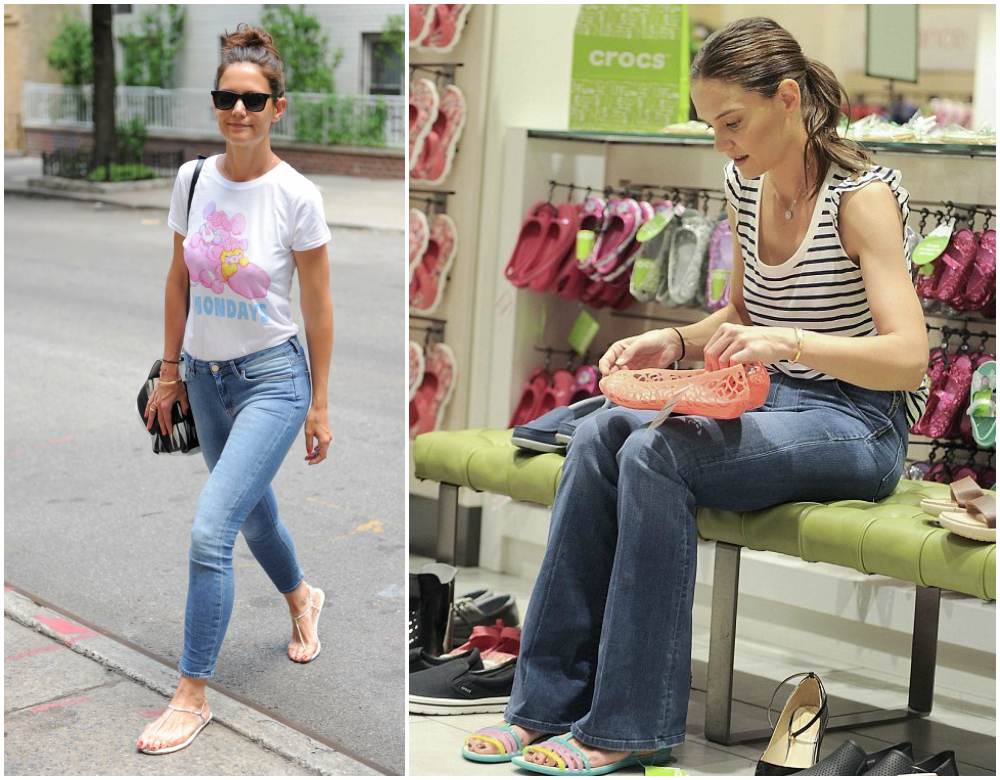 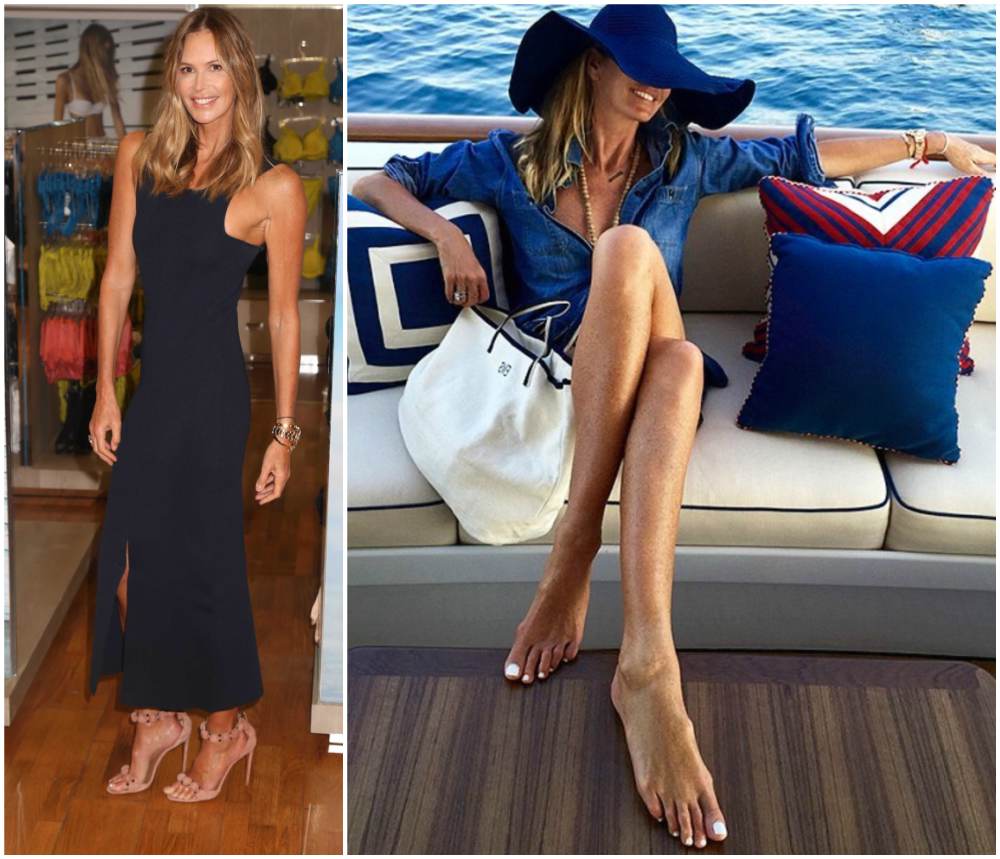 Aussie supermodel Elle MacPherson is a successful businesswoman that has not just large feet but markets her own brand of foot spa.

Former archer and fashion model Geena Davis has her large feet most probably because of her towering female height. 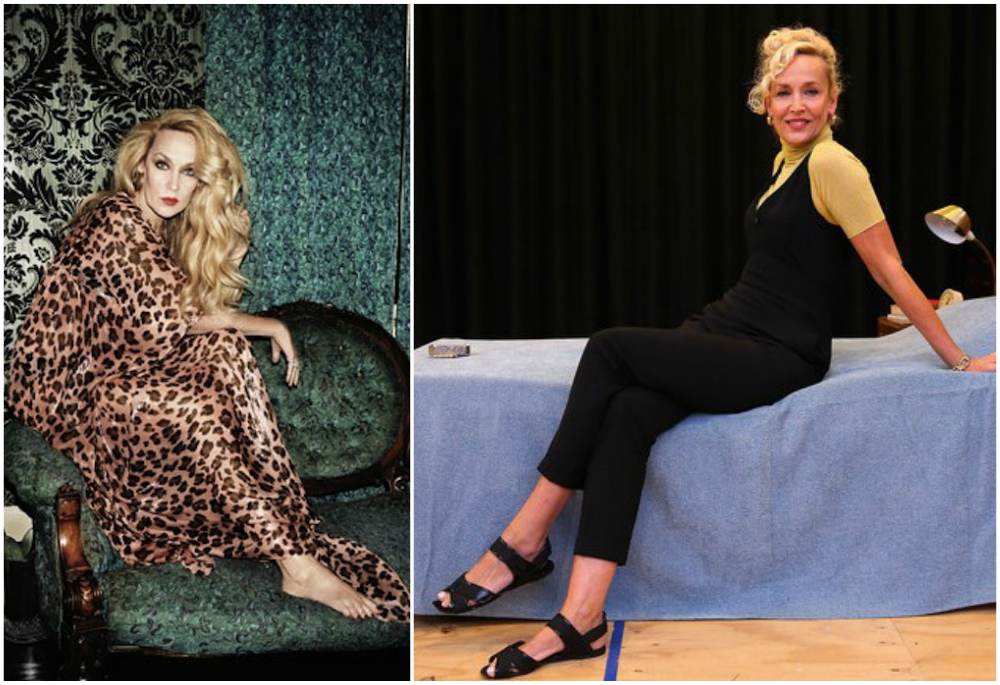 American model and actress Jerry Hall is one female who has larger than average shoe size.