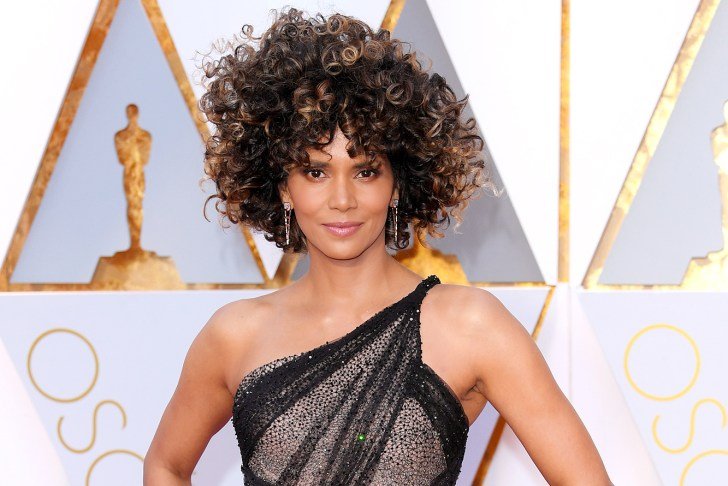 Halle Berry started out as a model and rose to huge prominence from her role in Boomerang (1992). In no time, the aspiring actress became one of the leading and most paid actresses in Hollywood. When on screen, she exudes such confidence and talent as though she was born for show business. Since her debut appearance, Halle has been a part of so many critically acclaimed works. Indeed her career success is unparalleled!

Many would quickly assume that X-Men (2000 – 2007) co-star attained this great international height because of her beauty but on the contrary she did not have it so easy since she was a kid. First her father left and she had to ‘dance to the music’ of racism by herself. However, her resolute desire for excellence drove her to the top. Read on to learn about her family drama both her first family and the one she has currently. 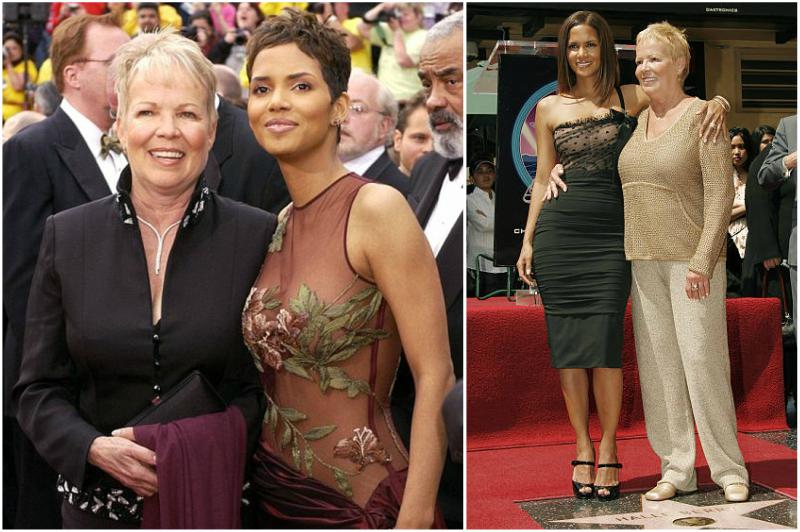 Judith is a Caucasian woman who married a man from African-American roots. She met Berry in the hospital as they were both health care workers. After the divorce, Jerome left and Hawkins moved with her two daughters to a predominantly white suburb. This one action played a big impact in her daughter’s success today. Being one of the few blacks in an all-white neighbourhood pushed her to excel. Throughout high school, the determined teen held top positions in a dizzying array of extracurricular activities.

Berry and her mother share a really precious bond most especially because the beauty queen claims to have seen her being physically abused by her dad Jerome. Judith Hawkins is a retired psychiatric nurse.

The Berry dad was first in a relationship with Edwin Taylor before he started with Judith Ann after shortly after his break up. He had a daughter with Taylor before moving on to marry Hawkins. Just four years after his second child, Halle was born, Jerome and his wife Judith split. The most famous Berry grew up angry and she even allegedly accused her dad of being a violent alcoholic who used to beat her mum in the presence of her and her sister Heidi.

Months turned into years and the Oscar winning Berry still did not have a rethink about letting her father back into her life. When he was dying of Parkinson’s and his first daughter Renee made a plea on his behalf, Halle blatantly refused and never saw him. Jerome worked first as an Air Force veteran, a bus driver then a hospital attendant while he was alive. He died on January 24, 2003 at a nursing home. 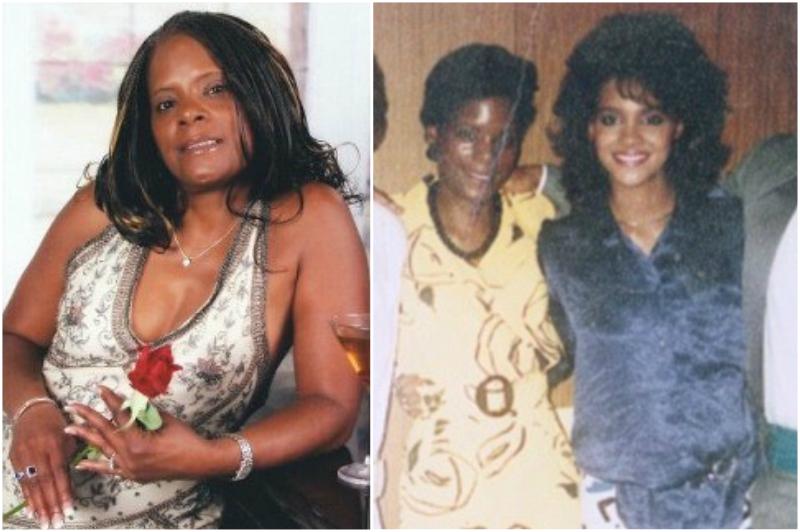 Renee is Berry’s eldest sister who has been estranged for years. She is a food service worker from Alabama and is unashamedly desperate to reconnect back with her famous sister. Renee and her younger half-sister do not see eye to eye on certain things including who their father really was. While the Monster’s Ball (2001) actress rants about how much of an abusive tyrant their father was, Renee sticks with the school of thought that he never abused any of them and was just a slight disciplinarian.

One of the reasons why Renee really wants to get close to her sister is to be there for her seeing how times must be hard with her facing a child custody case. The first Berry daughter is really particular about wanting to be there for her superstar sister both emotionally and physically. She honestly wants to know what they did that warranted the harsh estrangement. 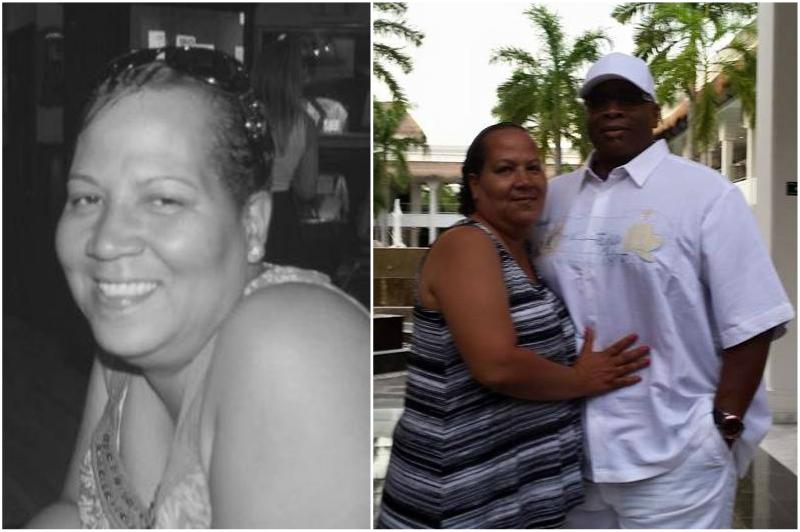 Heidi is the only sister Bond girl (2002) has from her mother Judith. 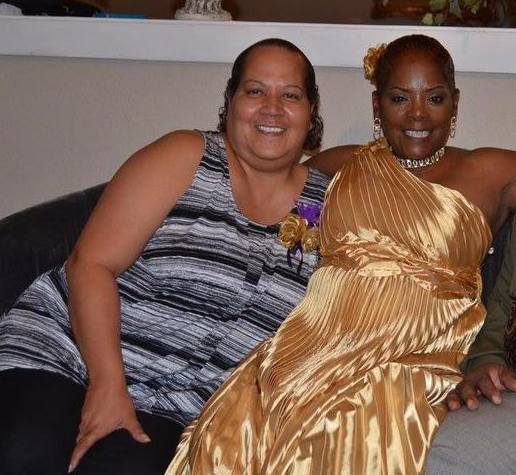 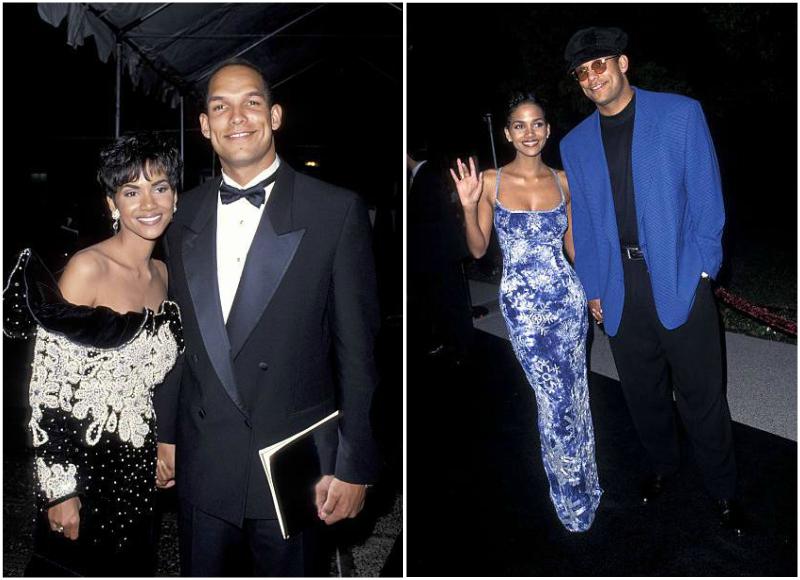 The internationally recognized beauty queen is not just known as an actress but for her roller-coaster romantic history. She was first known to be involved with her Jungle Fever (1991) co-star Wesley Snipes then Justice came along. He is a baseball outlander for Atlanta Braves and in 1993, they got married. They were together for four years before they split and the star actress moved on. Berry publicly stated that the divorce was really hard on her and she even contemplated taking her life but as the superwoman that she is, she was able to survive the hard time. 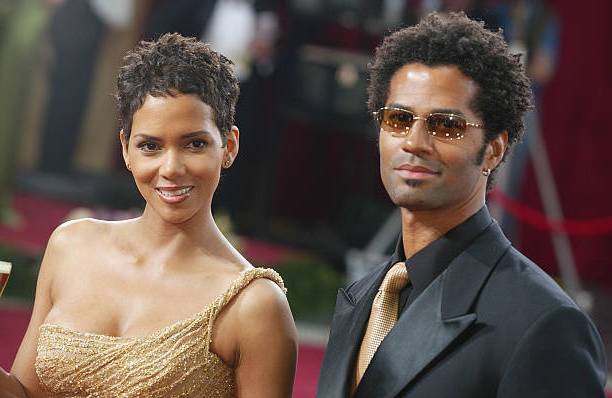 Eric and Halle were secretly engaged and they got married in 2001. After another four years, the multiple time Grammy nominee R&B musician and talented actress parted ways. His sex addiction might have been a reason for the downward spiral in their matrimony as he went through rehab in 2002. 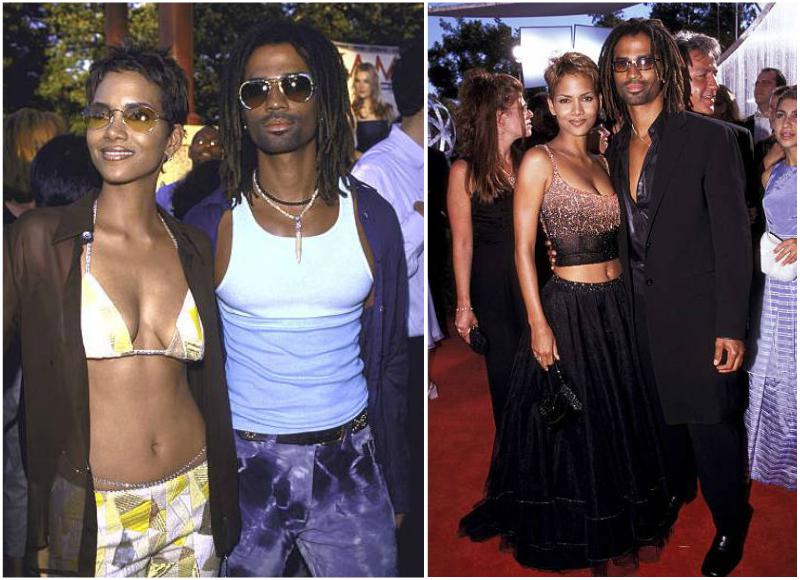 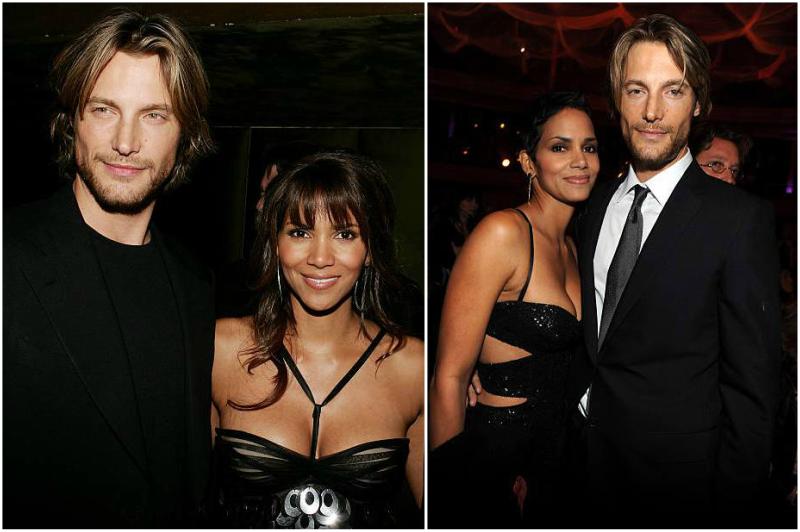 Aubry is a French-Canadian model who met the Extant (2014 – ) co-star during a photo shoot. Berry was working on some pictures for Versace at the time and she found out she was pregnant for Aubry. They never got married but were together till 2010. After their separation, both parents were involved in a highly publicized custody battle centred primarily on the actress’ desire to move with her daughter from New York to France where her new husband resided.

After so much drama, they both reached an amicable agreement and he has now withdrawn his custody petition but will continue with his paternity action. 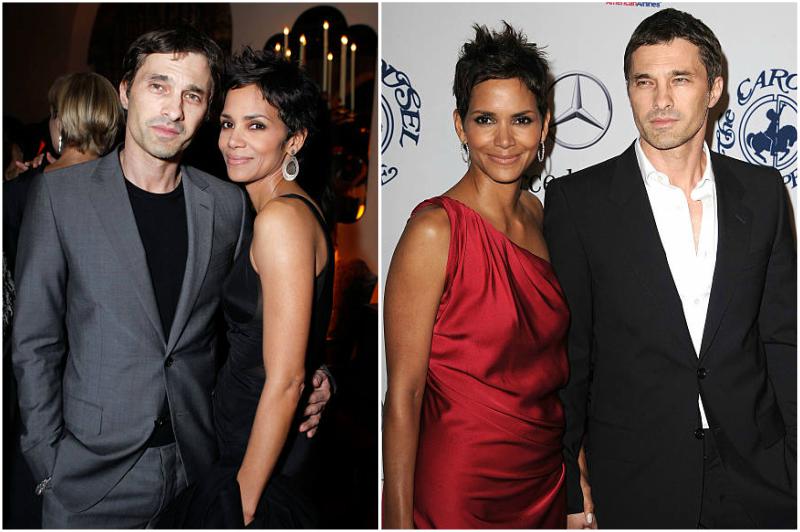 Olivier and the sexy actress met while filming Dark Tide (2012) in South Africa. They started dating in 2010 and got engaged in March 2012. About a year later, both actors announced they were expecting their first child together and got married quietly in France some months into the pregnancy. In October 2013, they welcomed their son Maceo-Roberts and two years later, announced their ongoing divorce plans. They remain amicable exes at least for the sake of their son. 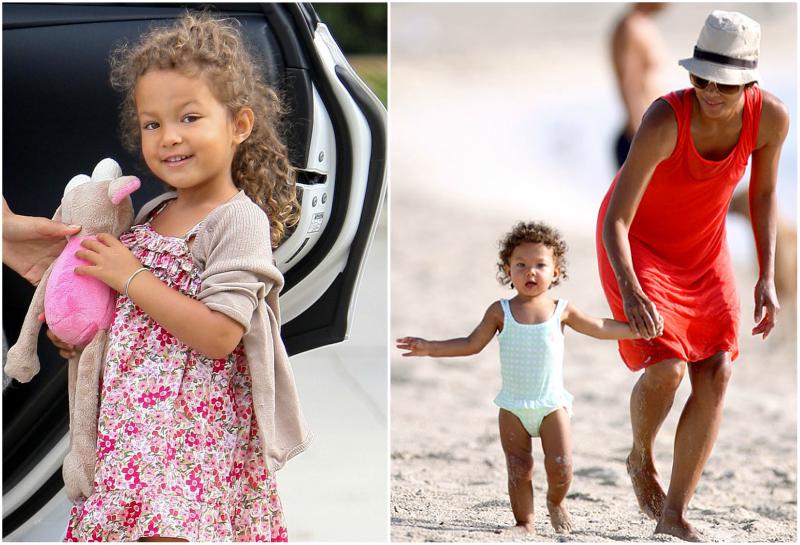 She was born to Gabriel Aubry but lived with Olivier Martinez, her mother’s most recent ex-husband. Though not his biological child, Nahla remains close with Olivier and also spends time with her father every now and then. The little princess is more than delighted to be a big sister, she has been since the arrival of her half-brother Maceo. 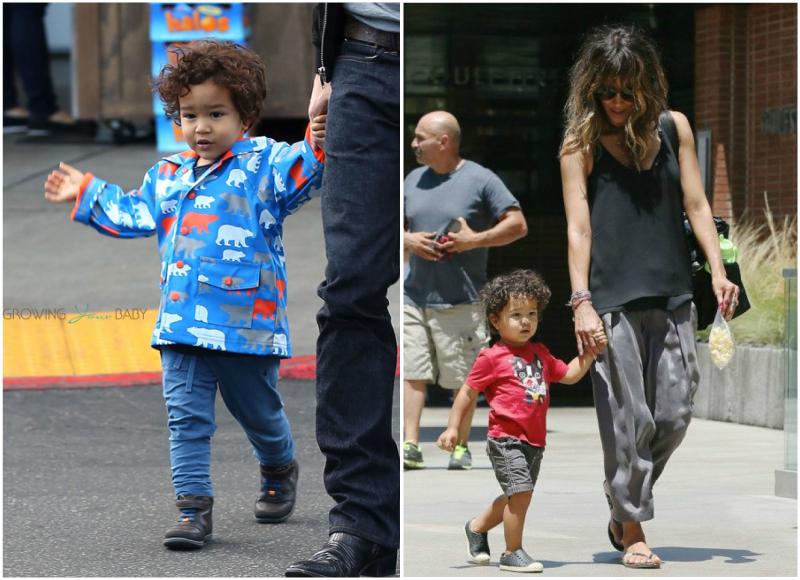 Maceo (a Spanish name means ‘gift of God’) came as a big surprise for the celebrity female as she thought she had passed the point where another child could be a reality. Hence, he is a wonderful surprise that she would forever cherish together with her ex-husband Martinez. 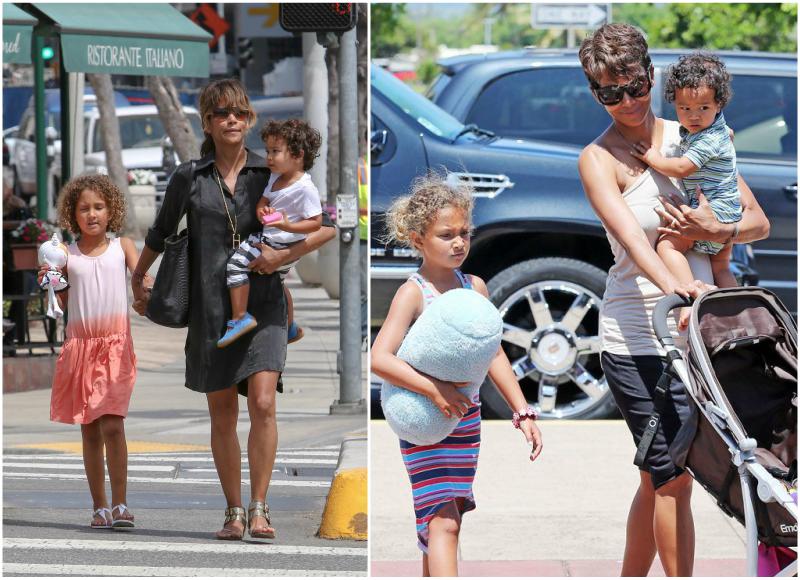