Celebrities With Most Kids From 7 to 15. What celebrity has the most kids 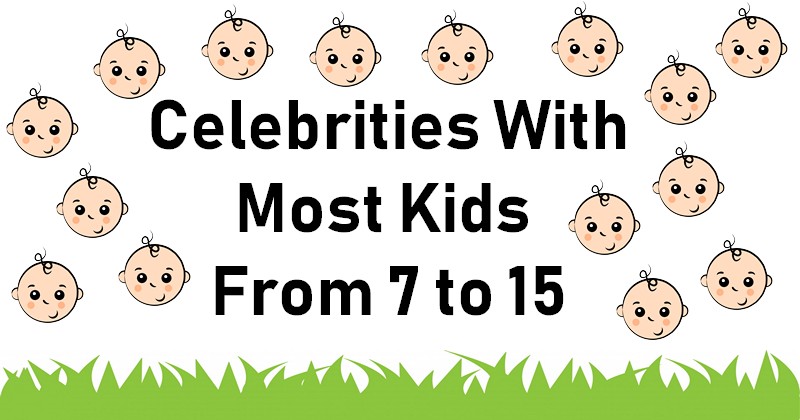 Celebrities With Most Kids From 7 to 15. What celebrity has the most kids

If you think 4 or 5 children are too much, think again. You’d be surprised at the amount of celebrities that have up to 15 children! But what differentiates them from regular people is that they can afford having many bundles of joy running around their big houses.

Some celebs had multiple children by choice, while others are dealing with results of frivolous lifestyles.

So let’s dive right into the list of proud celebrity parents with massive families. 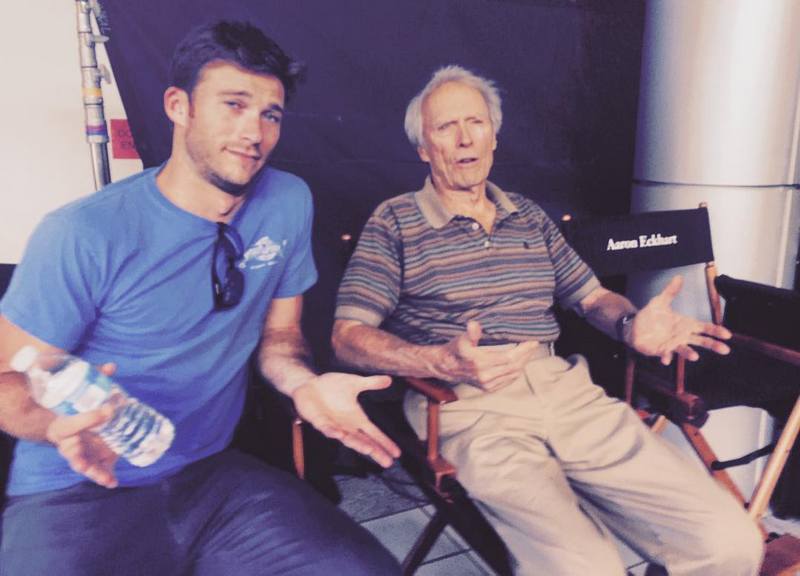 Clint and his son Scott Eastwood

Legendary Clint Eastwood has had a very eventful personal life. He had a son and a daughter with his first wife, Maggie Johnson, but during their marriage had a 14-year long affair, which resulted in another daughter. In the 80’s, the famous actor had a boy and a girl with a stewardess. In the 90’s, Clint welcomed two more daughters, one from his second and last wife, Dina Ruiz. It’s rumored that before marrying his first wife, one of Clint’s girlfriends gave birth to a child, who was later given up for adoption. 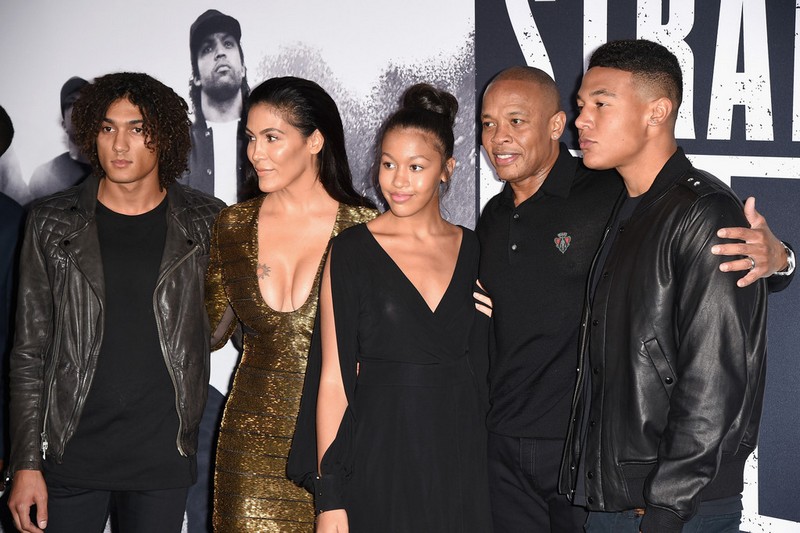 Dr Dre fathered four sons and two daughters from five different women. One of his sons Andre Young Jr. died in 2008 at the age of 20 from a drug overdose.  The famous rapper had his first child, Curtis Young, when he was only 16 and his girlfriend 15 years old at the time. In 1996, Dre married his current wife, with whom he now shares two daughters, Truice and Truly. The musician doesn’t know the identity of his daughter Tyra’s mother, but accepts the girl as his own. 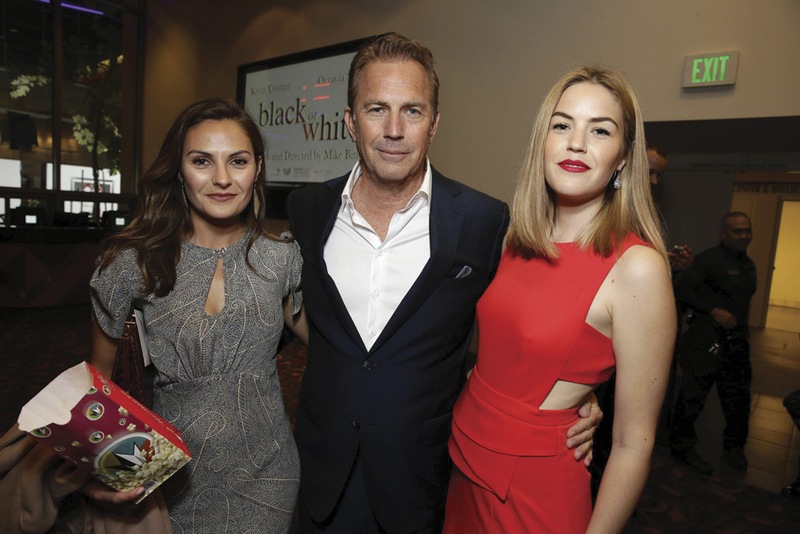 Kevin Costner is a proud dad to four sons and three daughters had his first two girls and one boy with his first wife, Cindy Silva. After their divorce, Costner had a brief rebound, which resulted in his fourth child, a boy Liam Timothy. In 2004, 49-year-old actor married supermodel Christine Baumgartner, with whom he’s still together. Costner’s current wife gave him two sons and a daughter, who was born in 2010. Kevin was 55 years old when his last child was born. 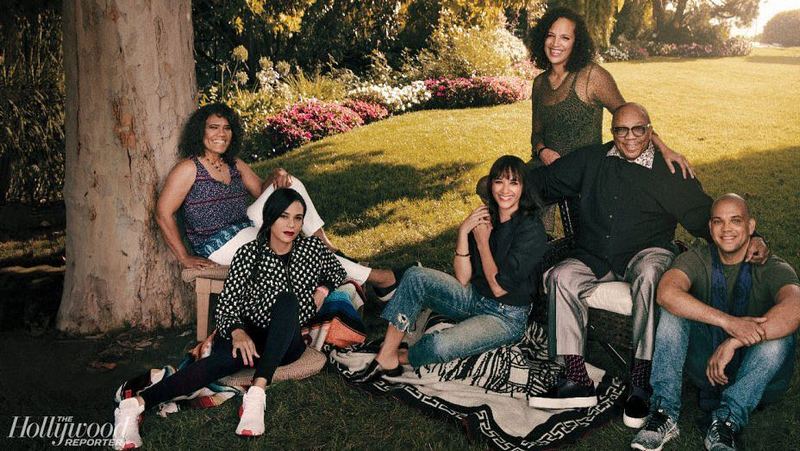 Out of Quincy Jones’s seven children only one of them is a boy.  He has kids from five different women, but was only married three times. Quincy’s most famous daughter Rashida Jones is a famous actress, whom he had with his last wife Peggy Lipton in 1976. His last daughter was born in 1993 from a model Nastassja Kinski, when the famous record producer was 60 years old. 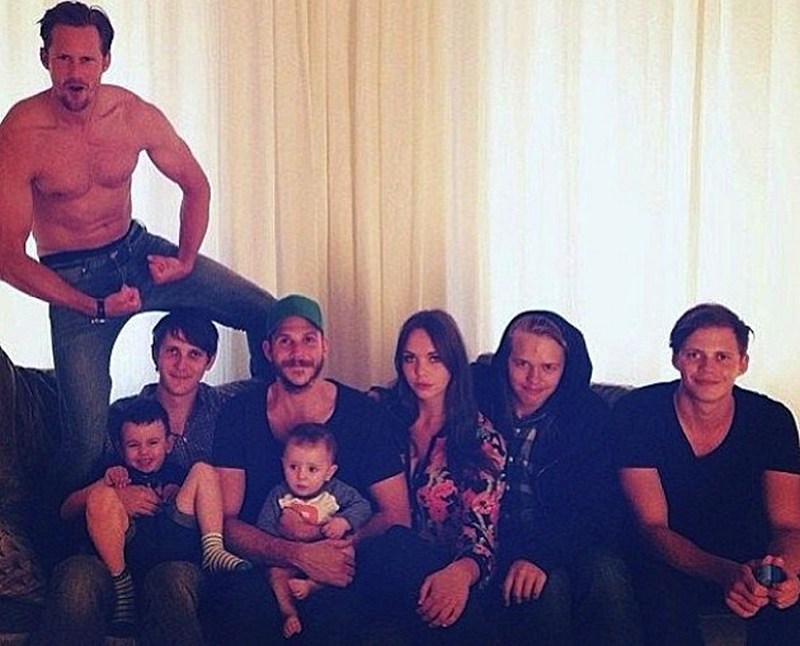 Famous Swedish actor Stellan Skarsgård has eight children with two women. His first wife, My, gave birth to Stellan’s five sons, which include famous actors Alexander and Bill, and his only daughter Eija. The couple divorced in 2007. Stellan remarried in 2009 and had two more boys, Ossian and Kolbjörn. The famous actor was 61 when his last child was born. After that, he decided to have a vasectomy, as 8 children are more than enough for him. 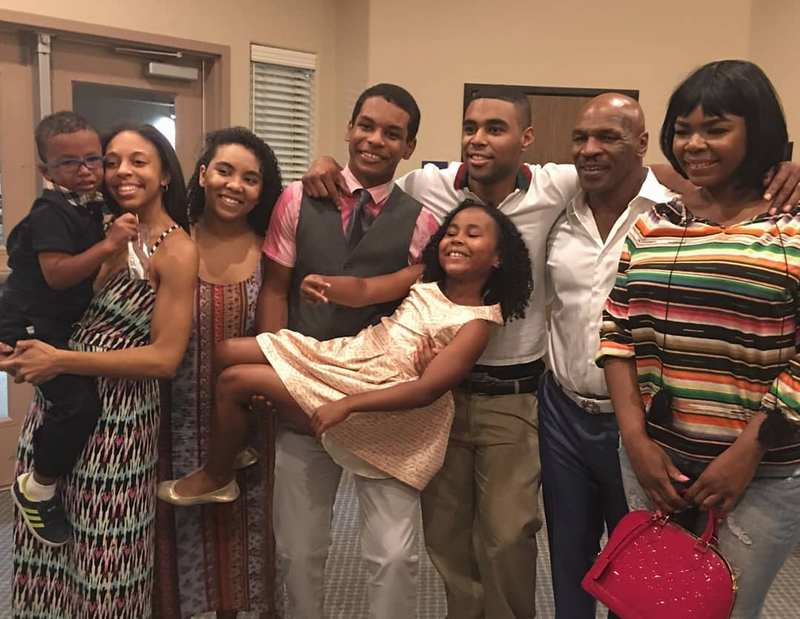 Mike Tyson fathered eight children from three different women. He was married to all mothers of his children, and still lives with his third wife, Lakiha Spicer. Tragically, one of his daughters died at the age of 4 in 2009 after being accidentally strangled with a cord from a treadmill. Overall, Tyson has three daughters and four sons. One of his children, however, is his second’s wife daughter, but Mike adopted her and considers his own. 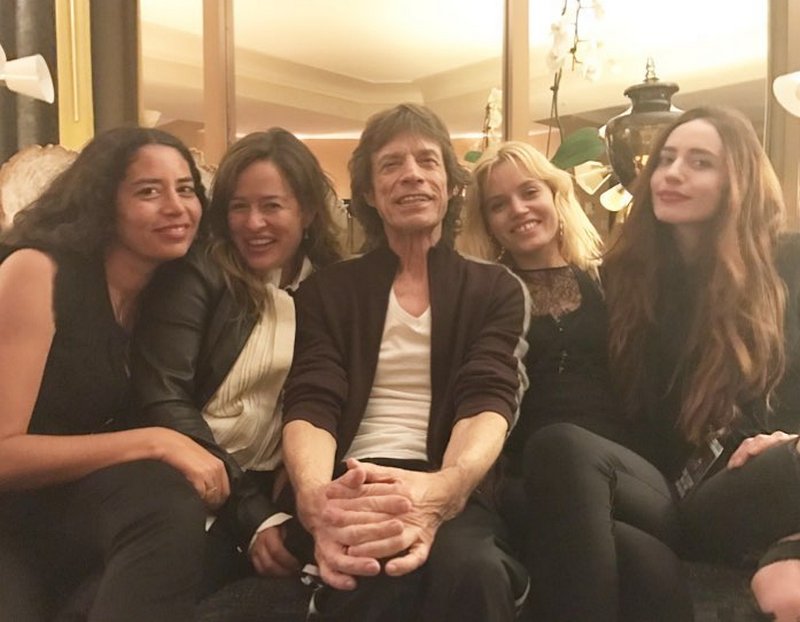 Mick Jagger has a total of eight children from five different women. First two of Jagger’s kids came from with two different women, and it happened in the span of one year. Later, Mick had four more kids with his second and last wife, Jerry Hall. The couple broke up after Hall found out about Jagger’s affair with a model, who gave him his seventh child. The musician’s last child was born in 2016 from ballerina Melanie Hamrick, when Jagger was 73 years old. So far, Mick Jagger has four daughters and four sons. 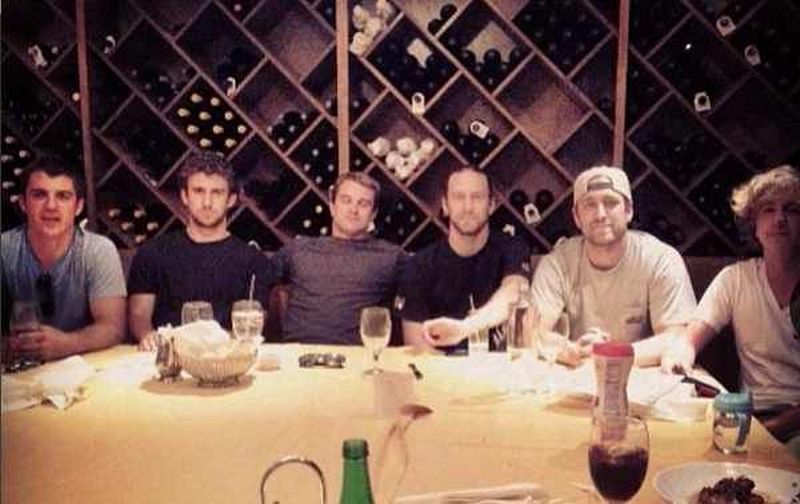 Mel Gibson overall has nine children from three different women. His first wife, Robyn Moore, gifted him with seven children: six boys and one girl. After having his last son with Robyn in 1999, Gibson went off the market for 10 years until his girlfriend Oksana Grigorieva gave birth to his second daughter. Things didn’t work out with Grigorieva, who even took a restraining order against the actor. But Mel found love once again and fathered one more daughter in 2016 with girlfriend Rosalind Ross when he was 60 years old. 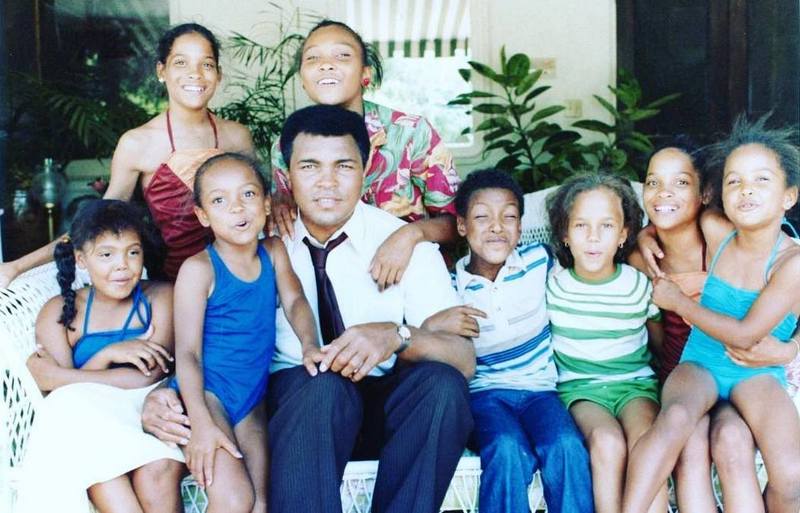 Muhammad Ali left behind a big family after his passing. Over his lifetime he had 10 children, one of which was adopted with his last wife. Notably, Ali had the most children with his second wife Belinda Boyd: three girls and one boy. However, despite only acknowledging ten children, there are rumors that the famous boxer had one more Kiiursti Mensah Ali, who chose to carry his name. She claims Muhammad met her mother when she was only 17, so his wife at the time pressured him to give up the child. 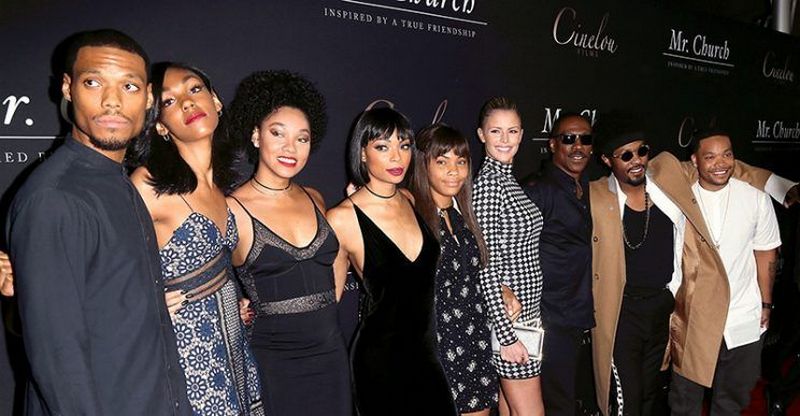 Funny guy Eddie Murphy officially acknowledges nine children, but through an extensive battle with his girlfriend and former Spice Girl Melanie Brown, DNA test has proven that Murphy in fact fathered ten kids. Overall, 5 different women gave birth to Murphy’s many children. He’s had the most kids (five) with his only wife Nicole Mitch Mitchel, who divorced him in 2006. Murphy’s last child was born in 2018, when the actor was 57 years old. 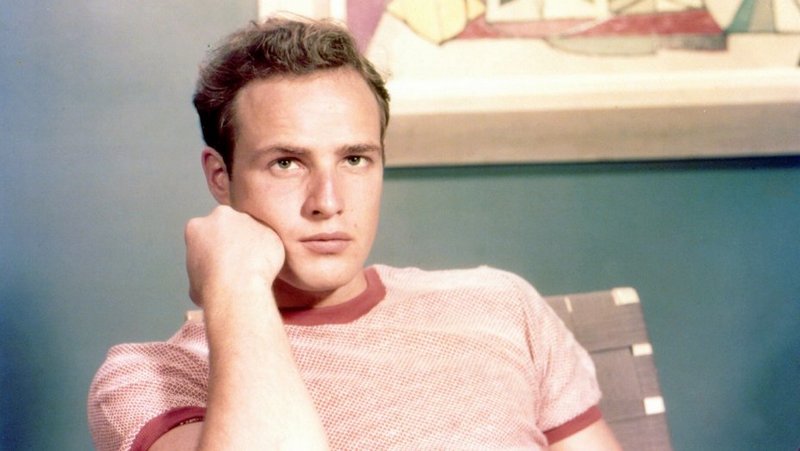 Marlon Brando had a very complicated personal life. The actor, reportedly, had eleven children with multiple women, three out of which were adopted. In 1954, Brando had a scandalous relationship with Rita Moreno, who got pregnant with actor’s first child, but was forced to get an abortion. Brando’s first child, Christian, spent four years in prison for killing his half-sister’s Cheyenne boyfriend in 1990. Cheyenne later committed suicide by hanging in 1995 when she was only 25 years old. Christian passed away in 2008 at the age of 49. 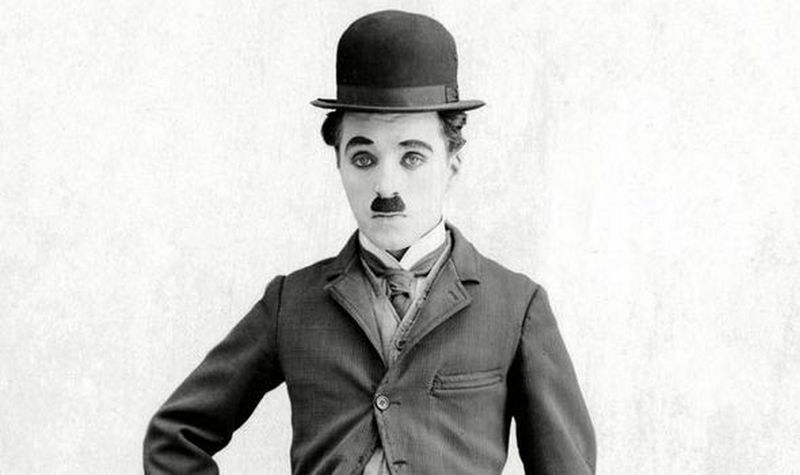 Charlie Chaplin’s family tree is absolutely staggering. He fathered eleven children in his life, first one of which tragically died three days after being born. Chaplin and his wife Oona, who was his fourth and last partner, had eight kids together. Interestingly, Oona was much younger than Charlie, and was only year his oldest son’s senior. The famous silent film actor also has a total of sixteen grandchildren, which tremendously extends the Chaplin family tree. 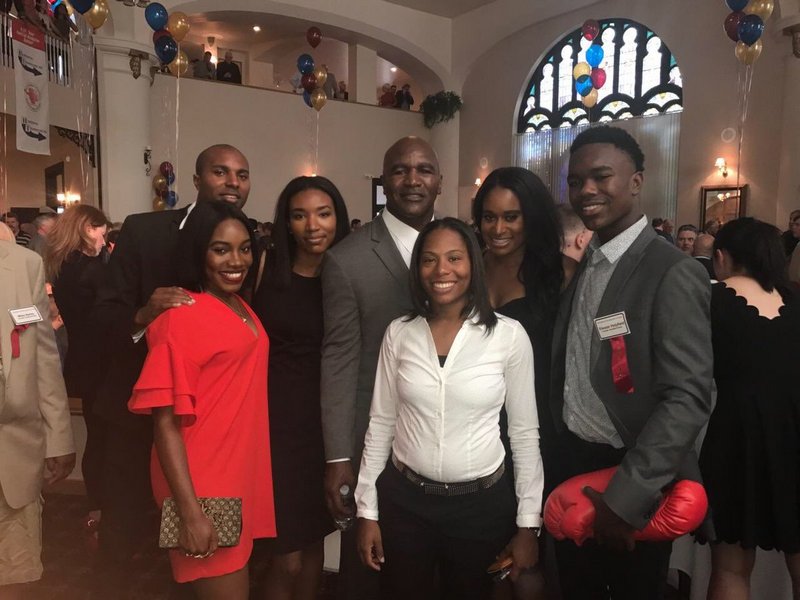 Evander Holyfield shares eleven children with eight different women. All six of his sons and five daughters have names starting with the letter ‘E’, after their father. Three of his sons are aspiring athletes like him: two are into boxing, and one is passionate about football. Evan Holyfield hopes to win an Olympic medal, just like Evander did in 1984. 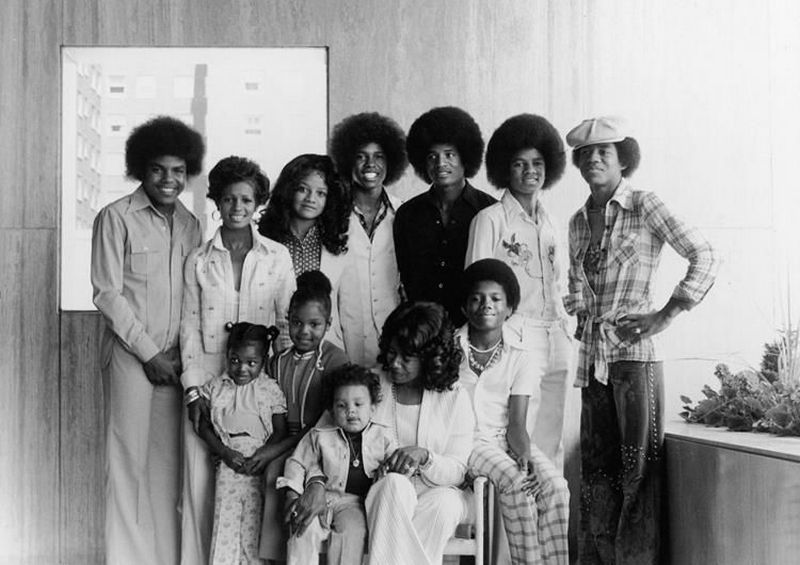 Joe Jackson managed to turn his offspring into successful business. Ten out of Jackson’s children were born to him and his wife, Katharine. Through his 23-year long affair with Cheryl Terrell, Joe fathered one more child, which almost put an end to his marriage, but he persuaded Katharine to stay with him until his death in 2018. Joe formed the famous Jackson 5 with his sons Jackie, Tito, Jermaine, Marlon, and Michael. The former went on to become an international legend. 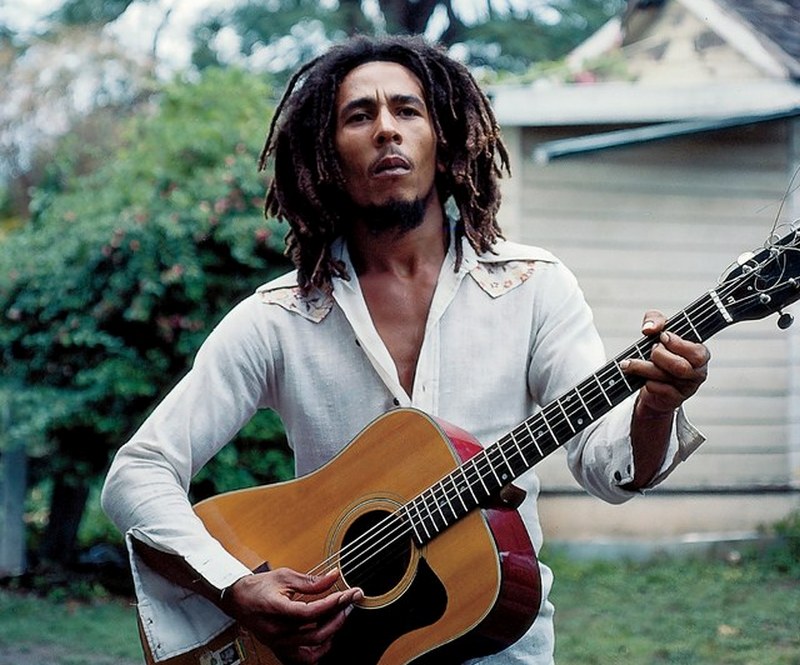 Sources vary on the number of Bob Marley’s children, some state it’s eleven (six boys and five girls), while others site two more daughters. Marley had his four first children with wife Rita, one of them was Rita’s son from the previous relationship, but later was adopted by the famous singer.  Overall, Marley fathered children from seven to eight different women, depending on the source. However, his official website acknowledges only eleven official children. 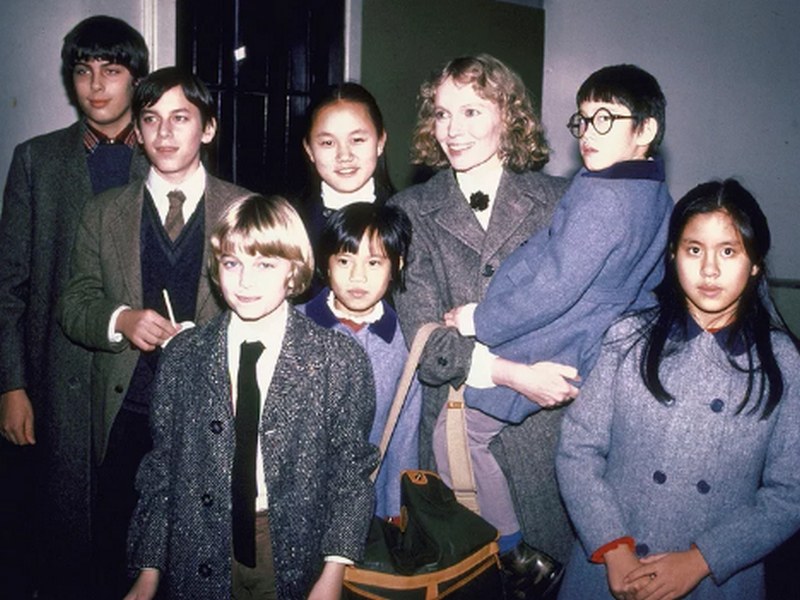 Out of fourteen of Mia Farrow’s children only four are biological. Farrow had three children with her first husband, and one with Woody Allen. However, it’s rumored that her son with Allen, Ronan, was actually her love child with Frank Sinatra. Three of Mia’s kids passed away:  Tam Farrow died from an overdose in 2000 at the age of 19, Lark Previn died at the age of 35 in 2008 after an AIDS-related illness, and Thaddeus Wilk was 27 when he died in a car crash in 2016. 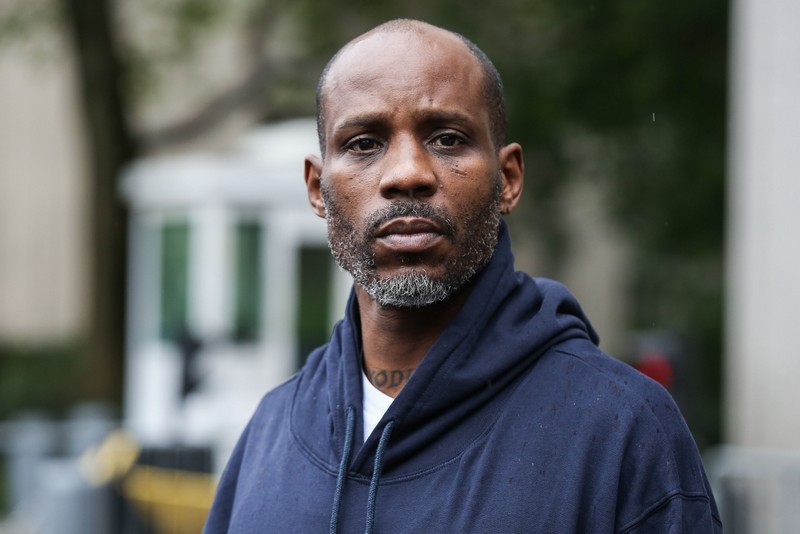 DMX personally confirmed that he fathered fifteen children. However, he’s unable to name all of them. He had four children with his ex-wife Tashera Simmons, who divorced him due to other unknown kids and massive child support debt. The rapper even had to file for bankruptcy, because he was unable to support such an overwhelming amount of children. It’s rumored that at one point DMX owed $400,000 in child support.