Queen Bey’s hair timeline: from straight to wavy hair and everything in between 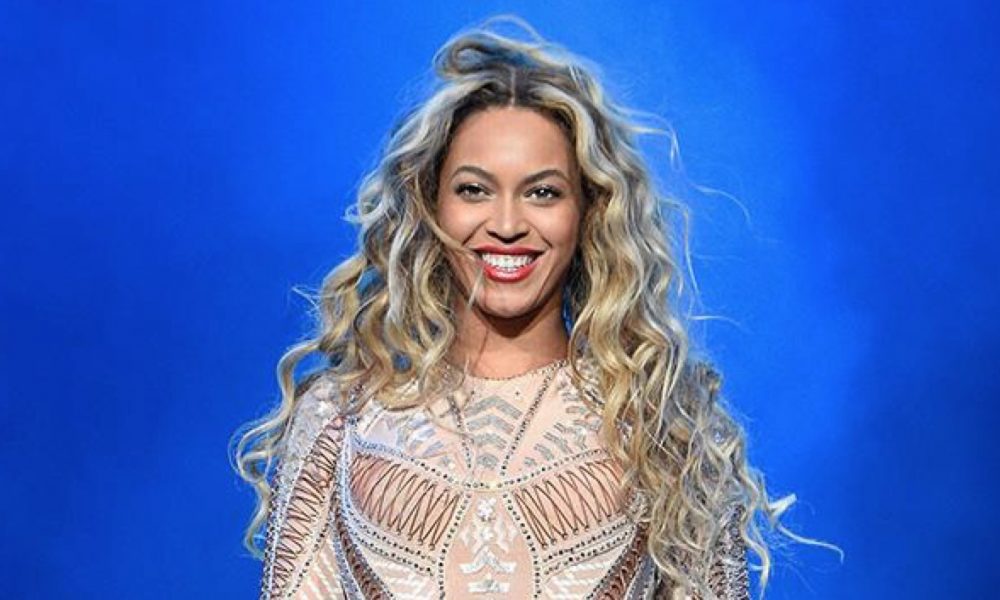 Queen Bey’s hair timeline: from straight to wavy hair and everything in between

The former lead vocalist of R&B girl-group Destiny’s Child is now the most nominated woman in the Grammy Awards History. Beyonce Knowles; the sexy and perfect entertainment goddess leads the trend all the way.

Needless to say she is recognized not just as one of the best-selling music artists of all time but as a force to be reckoned with when it comes to style and fashion in the world today. 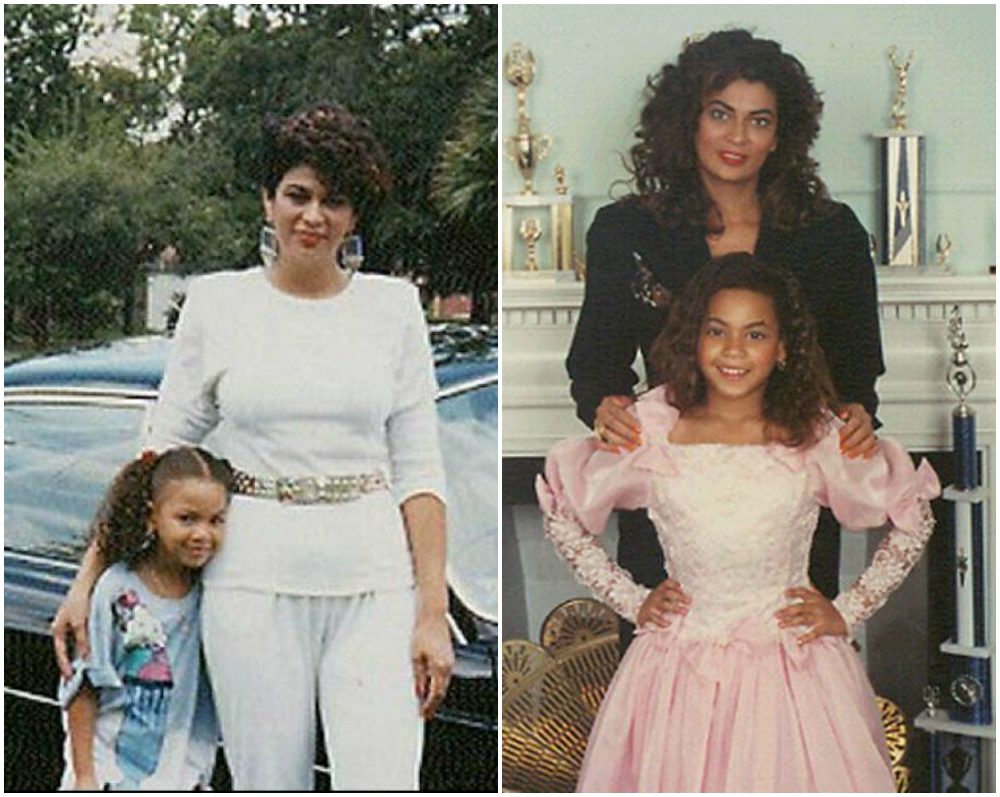 Every girl child is influenced by their mothers’, right?

Remember all the things that are now a part of you just because your mum used to do them. Tina Knowles, Beyonce’s mom opened a salon way back 1990 which turned out to be one of the most famous hair businesses in Houston.  In an interview, BeyBey says ‘I used to sing for money in my mom’s hair salon when I wasn’t sweeping up hair’.

Today, we see that those moments in her mother’s salon was a great kick-start for this all-round slayer. Growing up around her hairstylist mom, Beyonce learnt a great deal about hair and beauty. ‘I like to experiment with my hair,’ she says. ‘I love playing around with highlights. I can cut and style my own hair’.

The Pop star diva has quite a number of female stars that inspires her;  Audrey Hepburn and Marilyn Monroe are among of them. She said in an interview that she likes people that know  what really looks good on them. According to her, these women have the perfect body silhouette, the perfect dress and suits cut and the perfect hairstyles.

The multiple award winning super-star has definitely found several signature looks and hairstyle that has worked for her right from when she began her solo career in 2002. 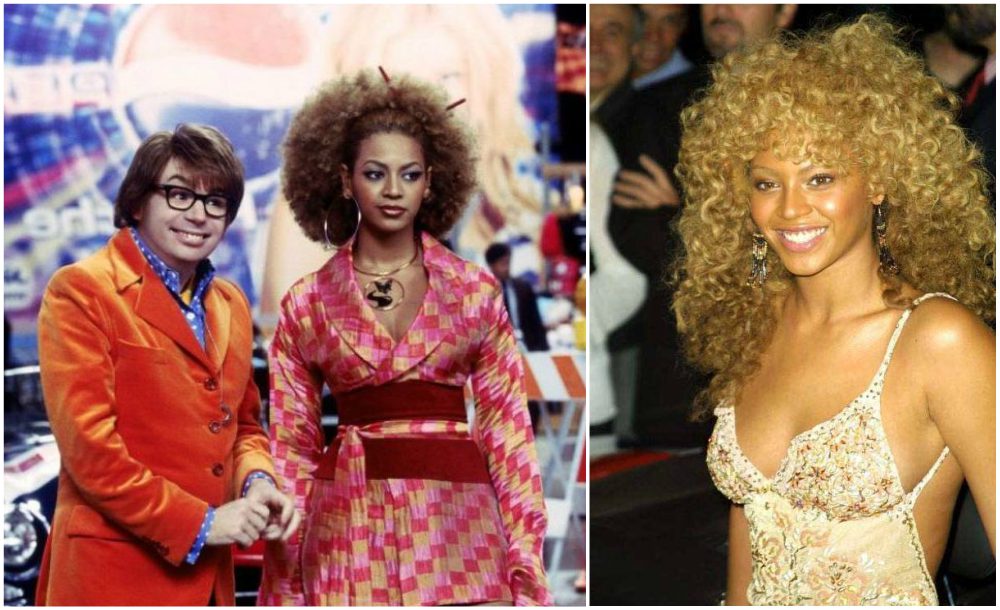 Dating as far back as 2002, before she became the megastar mother of Blue Ivy as we know today, Beyonce wore a bold, curly blonde hairstyle. She really came into her own when she began her solo career.

She slayed at the 2002 movie premiere as Foxxy Cleopatra; her first movie role in Austin Powers’ ‘Goldmember’ with her signature ‘Fro’ then suddenly, the big wild curls were gone and in their place a sleek, high-volume blow dry, though she is still seen once in a while with the non-frizzy curly ringlets. 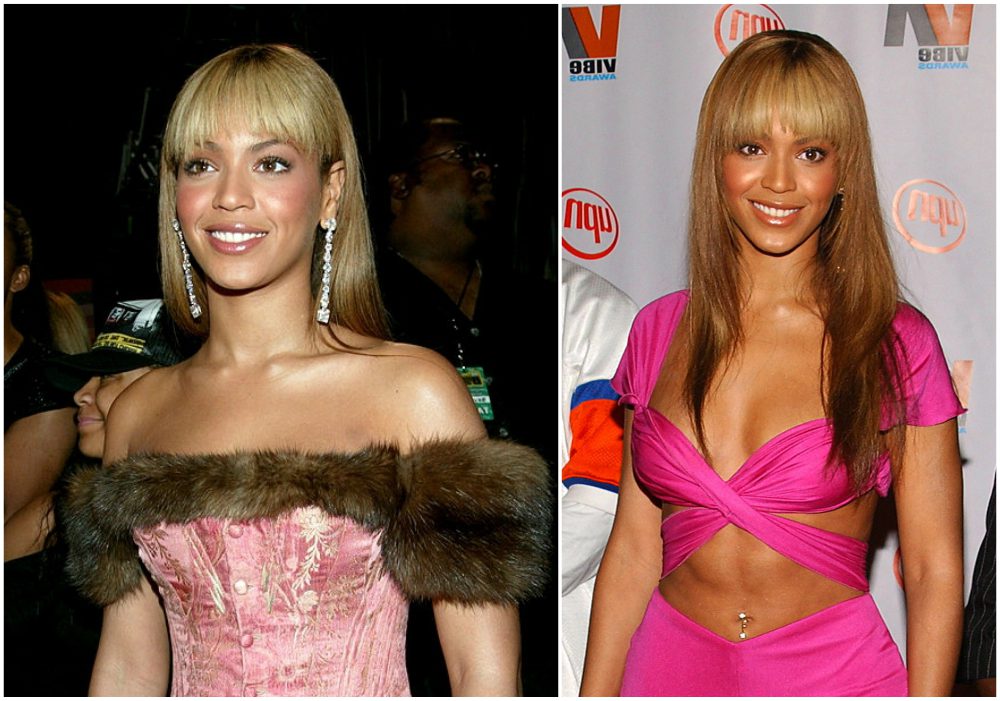 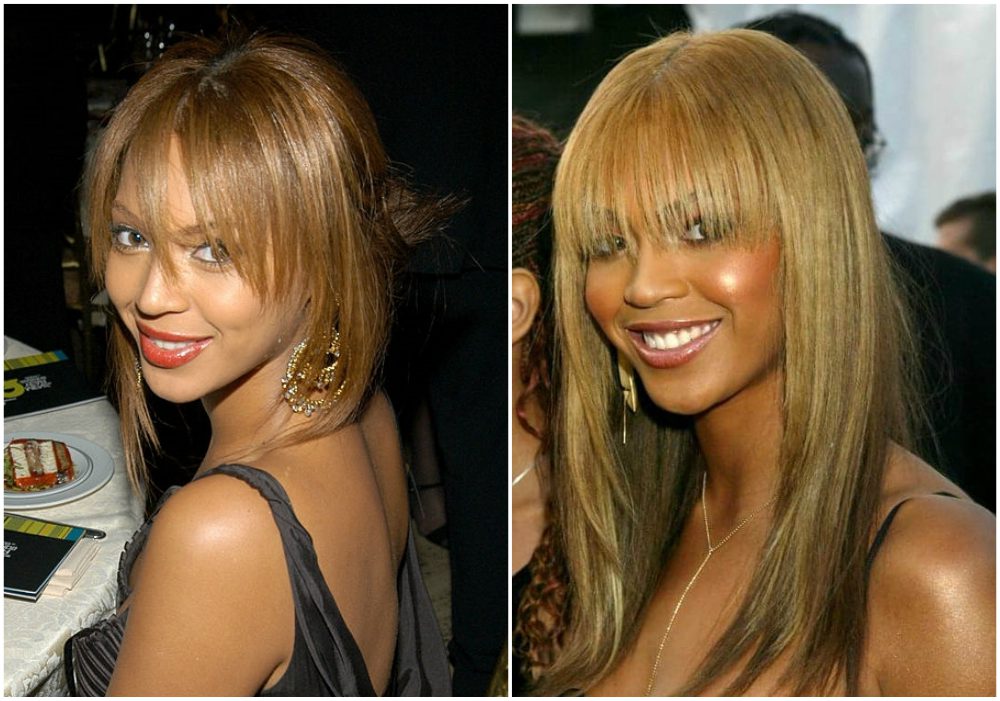 Do you agree with Beyonce’s long-time hair guru, Pantene celebrity hairstylist Kimberly Kimble’s 2003 statement of the Dangerously in Love singer when she said “My favourite look on her is bone-straight?” You might not agree totally but this is surely one of her best hairstyles. 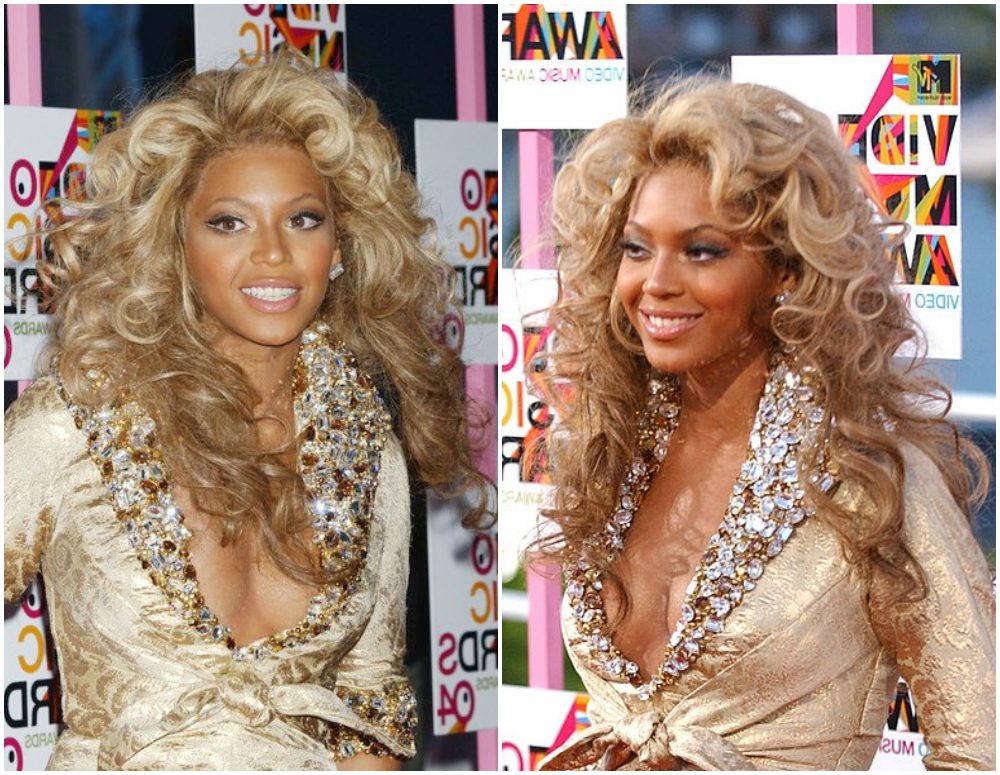 In 2004, for her last appearance as a member of Destiny’s child, Beyonce wore her caramel curls in a loose chignon. Beyonce had another glam moment that same year as she rocked Farrah Fawcett-inspired curls at the 2004 MTV Video Music Awards. 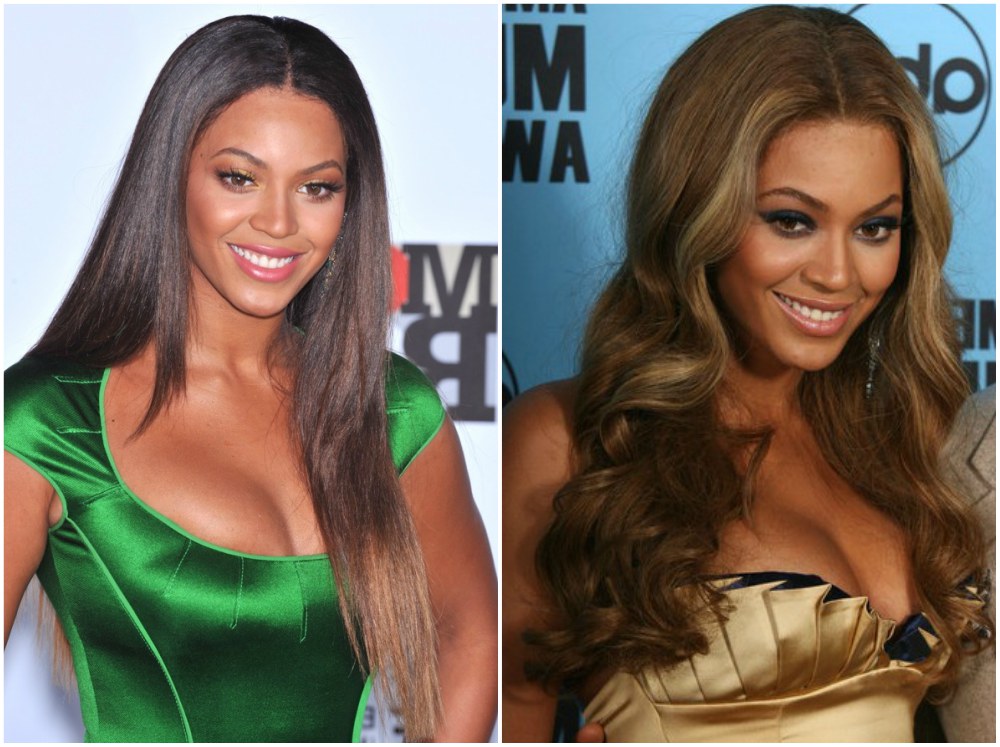 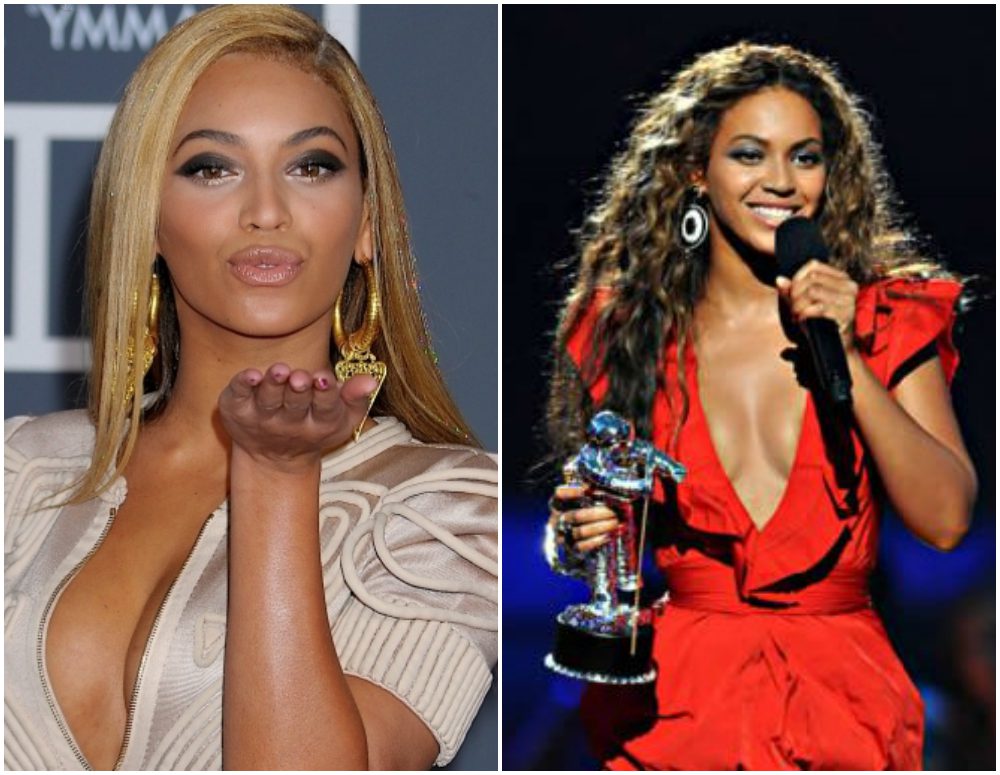 Pretty much the queen of the world, she goes back and forth from several stunning looks with long locks to really hot baby bangs, brunette and curly naturals, super sexy updos, pinned hair tips that look like mega buns, sleek straight bobs and the list goes on… one thing we know for sure is that the world’s beauty queen is lover of fashion, style and blond hair.

Making a rare switch from blond, she partied in Las Vegas with ebony waves softened by brunet highlights but it did not take long for her to return back to blond.

The famous pixie hair cut was a big topic amongst her fans. It was indeed one of her best hair moments and this style quickly became a trend in its own right. After she cut her long locks into a pixie cut, she showed up at a lunch after a while with her hair longer in front. Word went around that she was having regrets about the famous pixie cut. 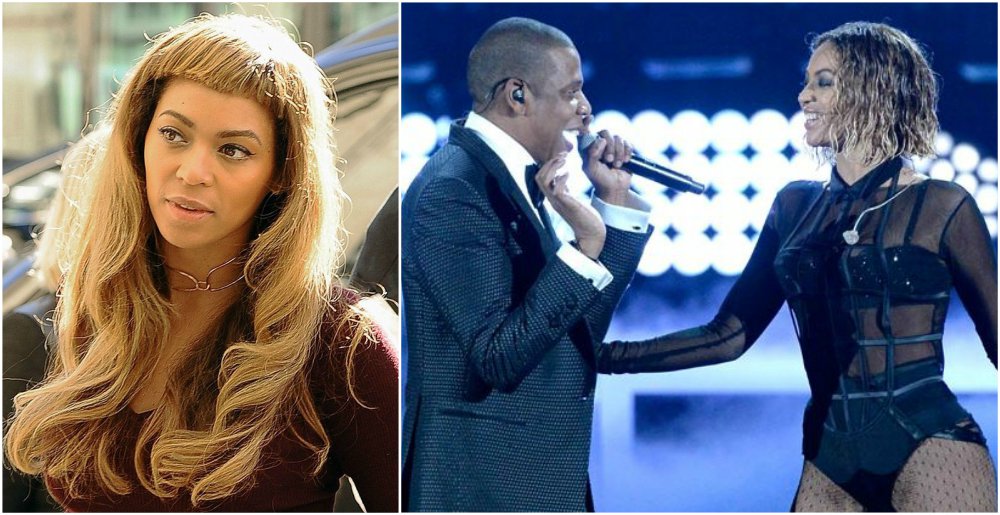 One memorable hair moment in 2014 was when she arrived at Gare du Nord station in Paris with tousled long blond waves that had a super short blunt fringe effect. Also in 2014 she stunned us with a soft and natural bob after wrapping up her On The Run Tour with hubby. 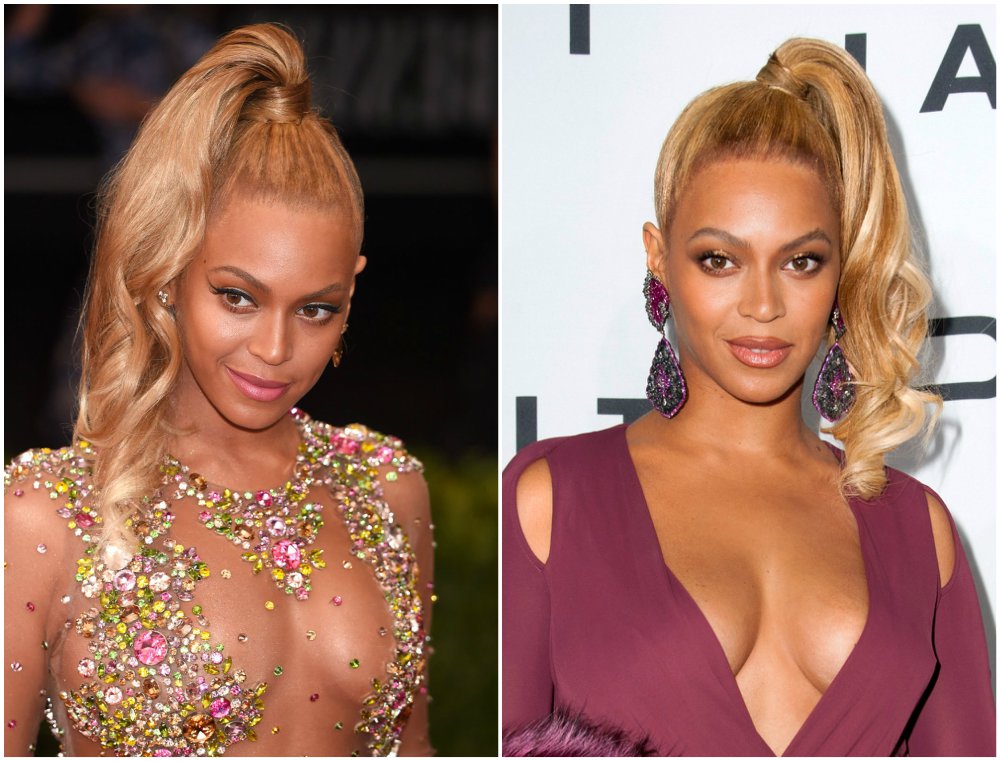 All eyes were on Beyonce’s sheer gown at the Met Gala, but her super high ponytail caught our eye too. Her ponytails run from low to high to middle or side part. Chic and stylishly, she added waves to her ponytail for some appearances at the Tidal X: 1020 Amplified by HTC concert in Brooklyn.

Some of her most time-consuming hairstyles are the braids. Queen B is known to have jaw-skimming long braid extensions on. 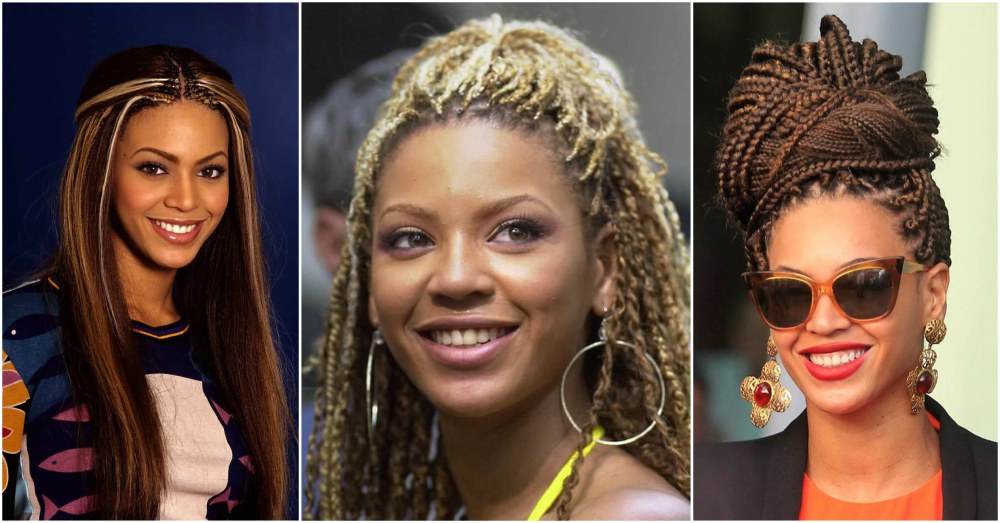 Glitz, glamour and red carpet aside, our favourite BeyBey says “In real life, I like natural curls with sun-kissed tips as opposed to just putting a curling iron through my hair”.

No one pulls it off quite like Diva Beyonce!