Gwen Stefani`s the most impressive hairstyles 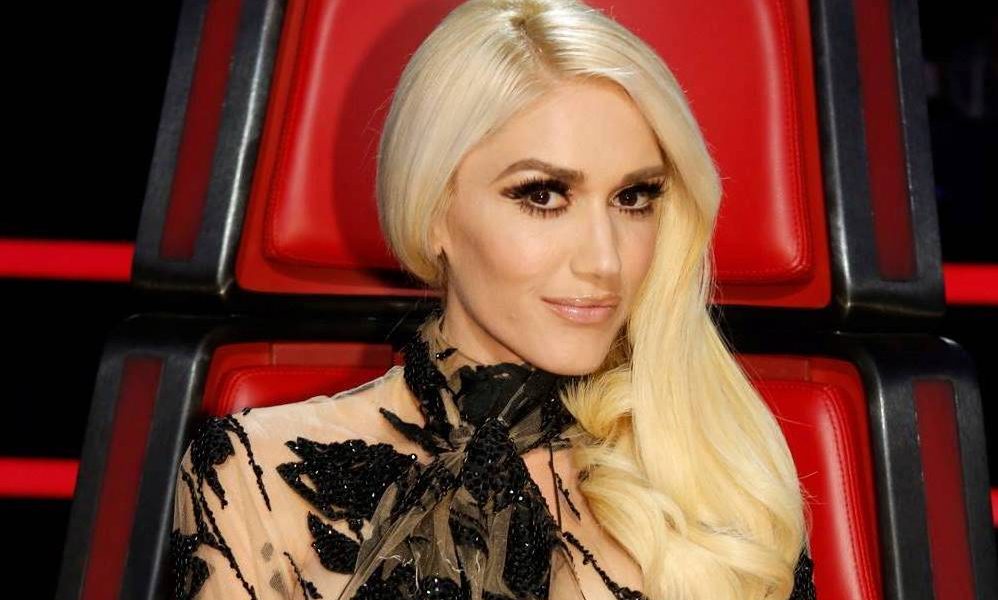 Gwen Stefani`s the most impressive hairstyles

This talented musician is celebrating Birthday on the 3rd of October, but the number of passed years is in no way correlated with appearance. The main feature she can boast with is the hairdos to be changes frequently.

So, here we are. The list of the most impressive hairstyles Gwen has ever had awaits for you. For the initial point was chosen a year, when she was seen on screen in show “Saturday Night Live” at first.


Just you know. This is Gwen`s natural hair color 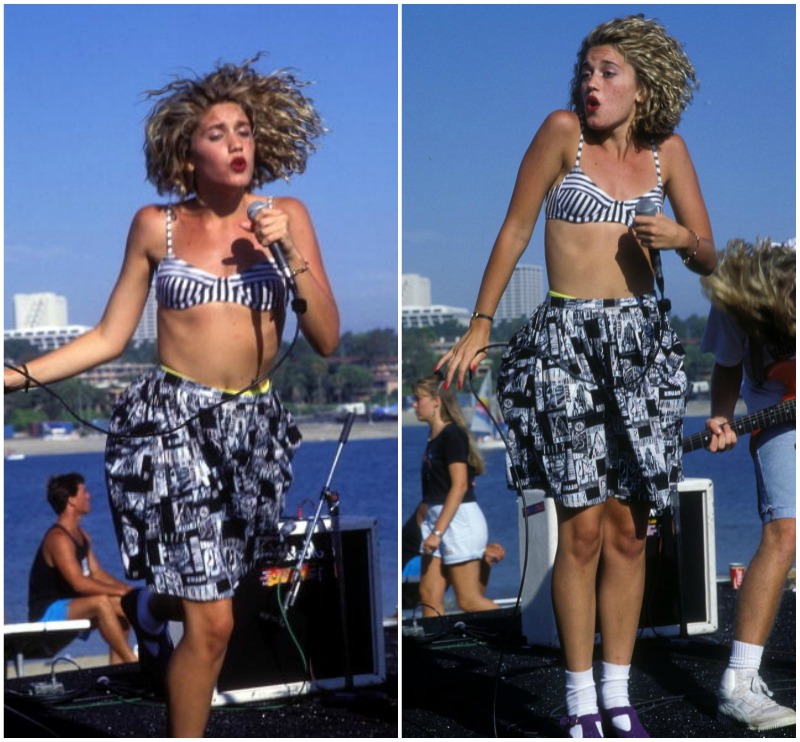 1.1996 – she debuts on TV and starts to promote her music talent with the first songs gathered in the album “Tragic Kingdom” to be presented. 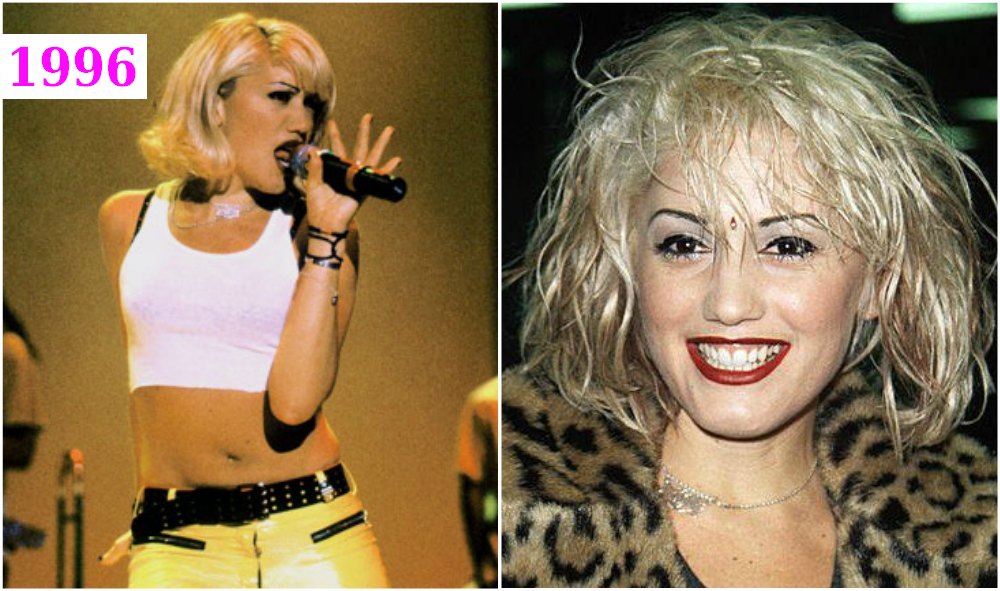 Her look could has told much as the main idea was freedom. She had blond hair… The bright lips did attract much attention.

The own comment was: “I’m the girl, who would wear baggy jeans, but didn’t forget to put dozens of make-up”.

2.1998 – it seemed she fancied the blue color, which was included practically in everything she had. The traces were found in clothes and, of course, in hairdo. So far in front of the cameras the singer appeared having her hair colored in light blue, which was comparably short – up to the arms.

Also, the look was accompanied by unique make-up, which contained some sparkling items. The red lips remained unchanged. 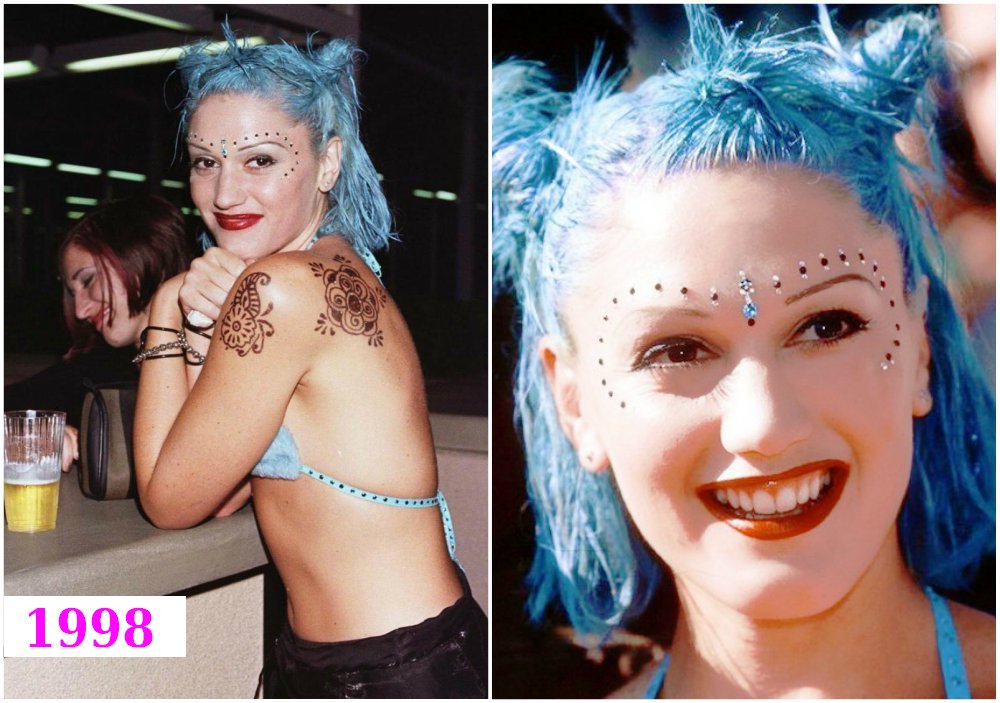 He are some her hairstyles in that period 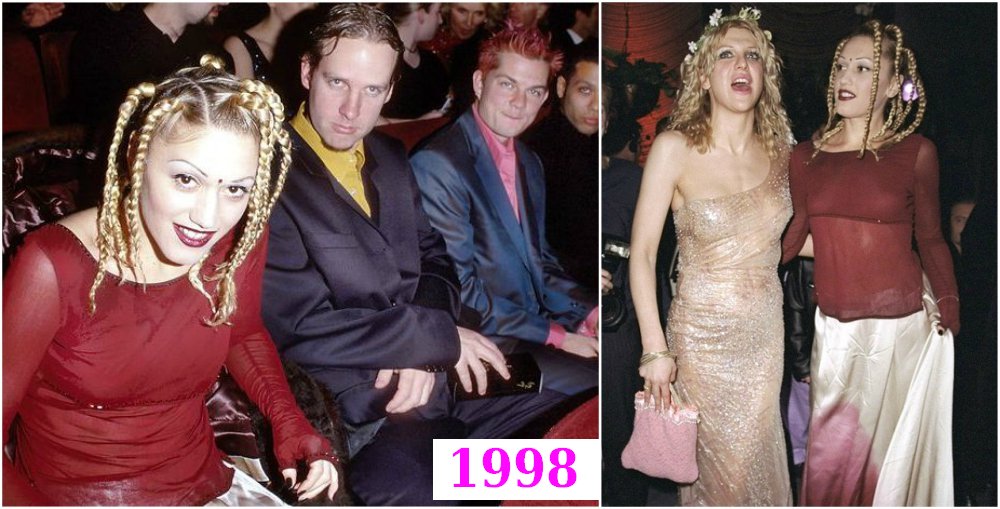 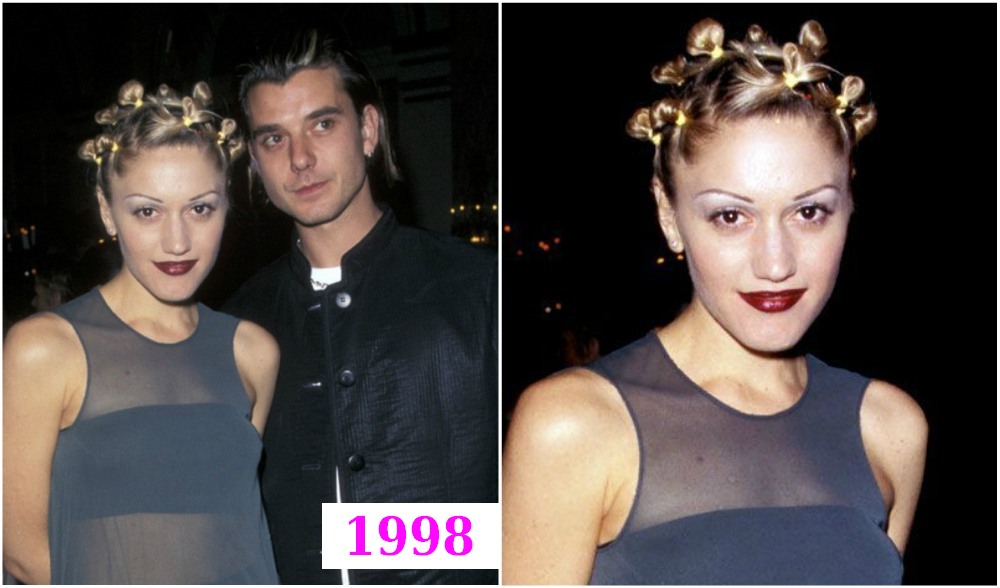 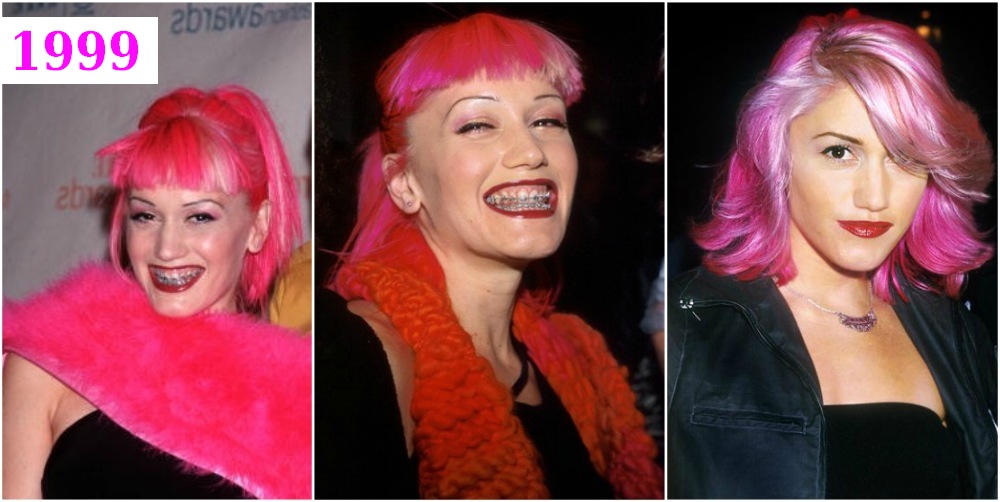 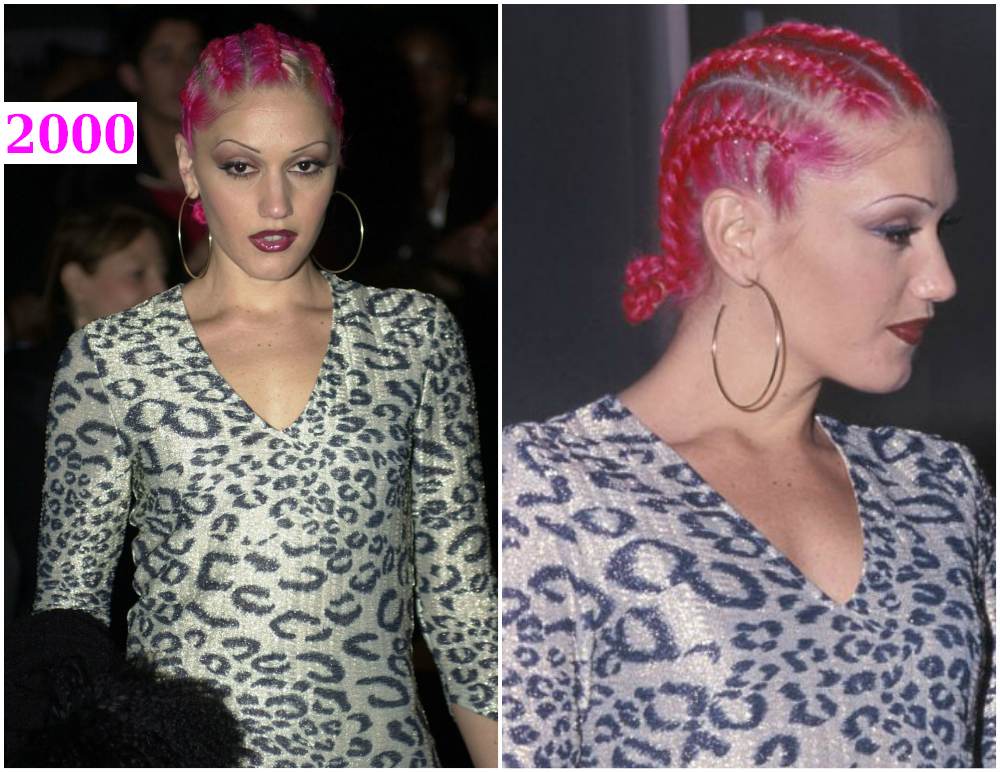 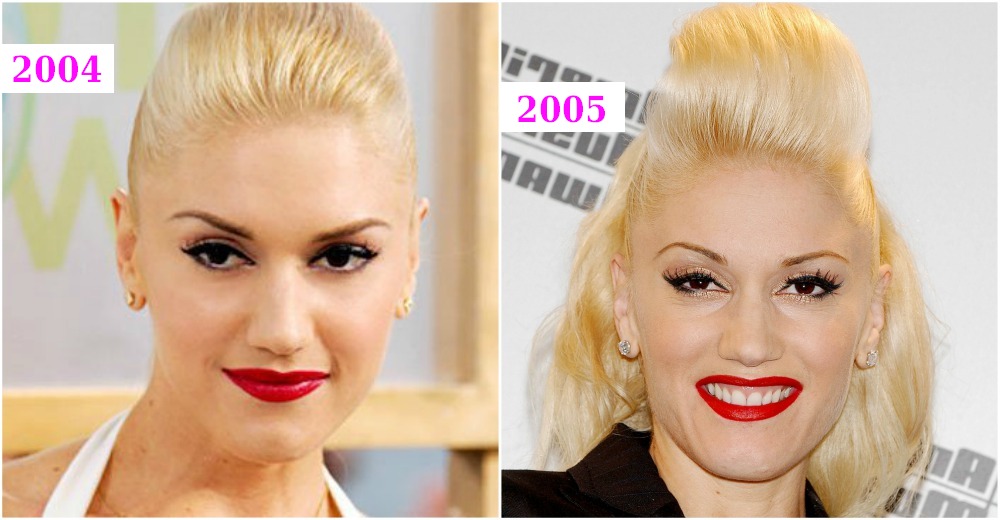 3.2006 – this year brought some changes. She probably reflected the reality, making the emphasis on the fat she is already mom, so far had to look more appropriate.

The own comment was: “I’m hoping my children will save me from my vanity”.

So, Gwen appeared on the red carpet having her hair to be blond again in the look of a high bun. Besides, it was shorten much. Generally, the look made the impression of 1960th to come back as it was extremely stylish. 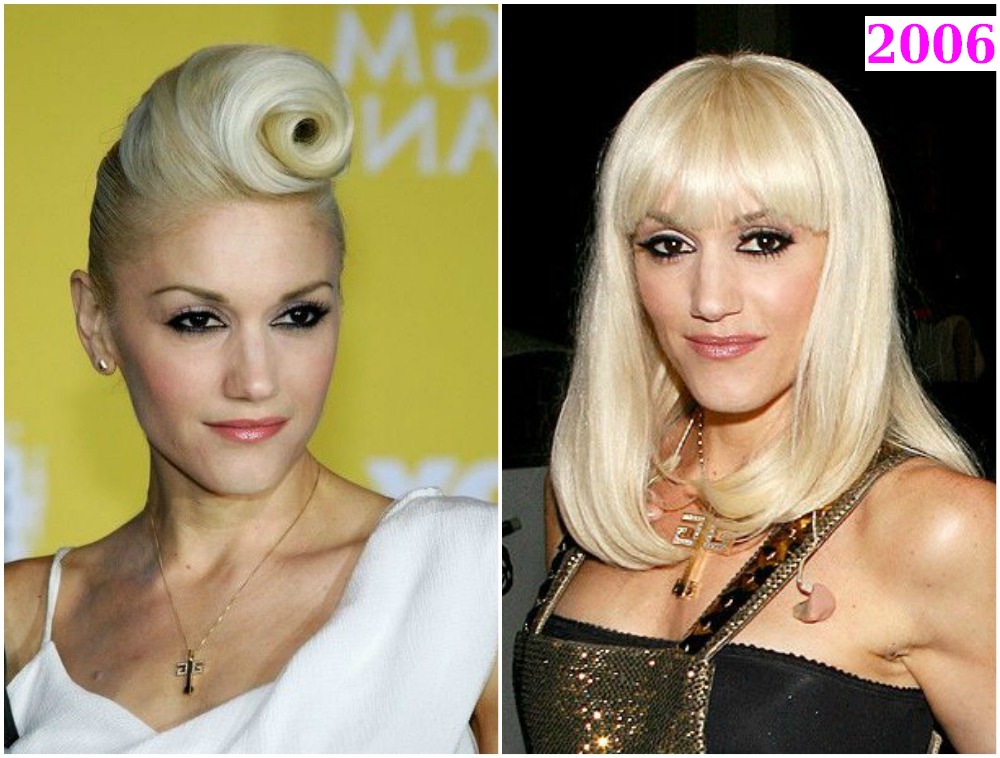 Another event to take place that exact year was her album “Sweet Escape” to be introduced to the world.

4.2007 – this year brought the musician a new mood and new demands to oneself. She experimented with hair much during the life and career, so making a little change now turned out to be unexpectedly noticeable. It was long blond bob with a bang to present her in new light. However, the bright red lips were as always welcomed.

However, the journalists called the hair color “platinum” – a bit change since the previous time. 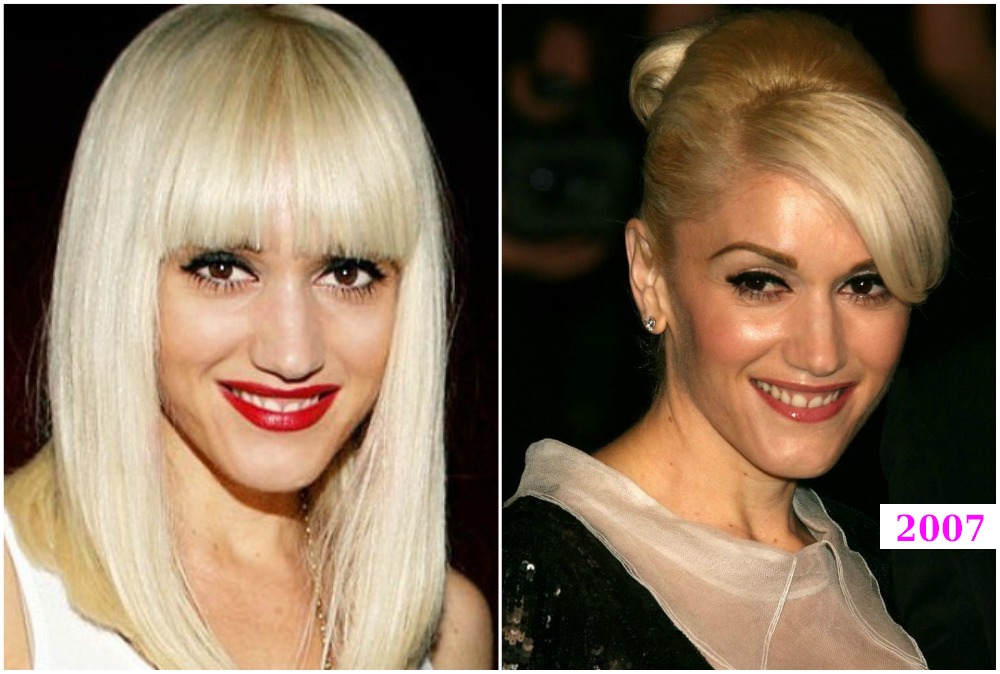 That period Gwen was active with the world tour in support of the song collection “Sweet Escape”.

5.2009 – the actress continued to bring elegance in the appearance by adding the charm of the 1960th to the look. Let us see how it was: long and wavy medium-length platinum hair matched her style perfectly bringing some freshness to her constant vogue.

The surprise was she had refused from the red casted lips. But it was only for some time. 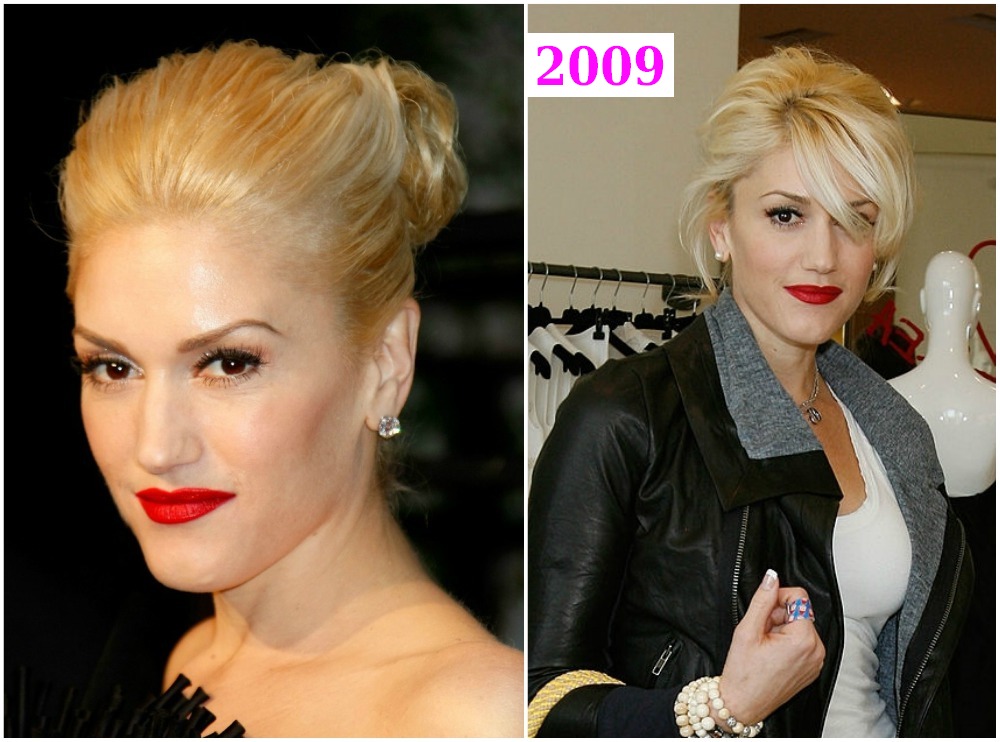 6.2011 – the year allowed some transformations to happen. Her hair color was no more platinum but whet blond. Being at the L.A.M.B Fall she presented a cool beehive. The make-up was also very trendy.

The other event from the same year was the Cannes Film Festival, were a curly blond hairdo in style of Merlin Monroe was shown to public.

The general reviews were very positive as both fans and critics appreciated her new appearance.

7.2015 – Gwen told journalists she is “constantly trying to do new things to her hair”. As it was told before she had done many things with hair, that time she was in search for anything original. When in process, she was wearing just a simple bun or the topknot remaining in the blond color.

It should be mentioned the make-up was bright as usual.

8.2016 – How are the things at present? Some amazing photos were done at the Riot Fest in Chicago, which occurred recently.

The solution for the new hairstyle was eventually found. It turned up to be combination of blond and purple as the basis with the blue-black line in the middle. The length was medium. The comment up to the photo of change released on Instagram was: “Let’s bring on the badass”. 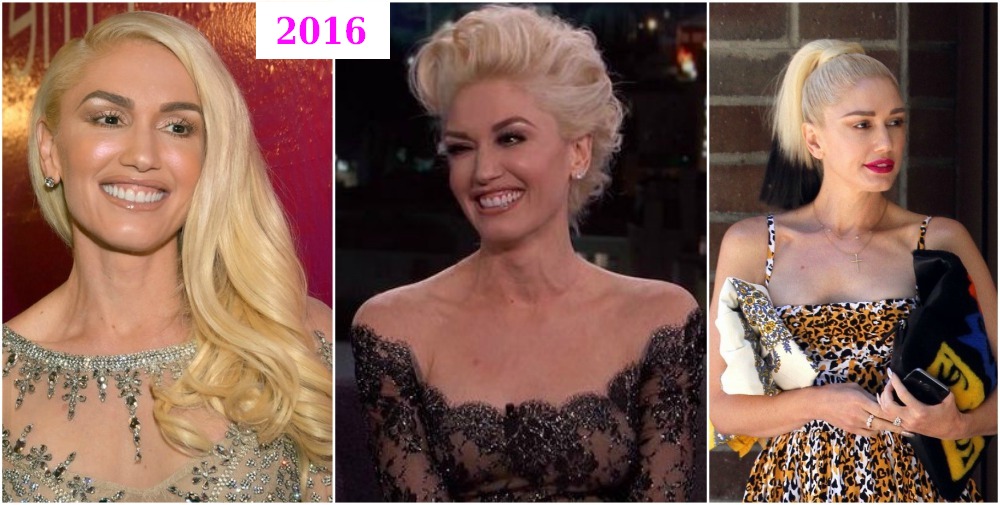 To sum up, what the further times will bring – no one knows. Probably one should live the moment fully as Gwen Stefani successfully does. So, don’t lose your time as it flows quickly!