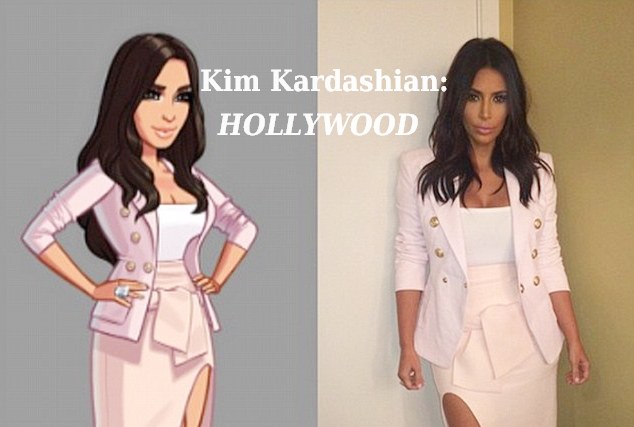 Kim Kardashian was in 2015 the highest paid reality TV personality with total earnings greater than US$53 million. Kim grew up like any regular American child but with multiple ancestries. She gained her first media attention while she was a close friend and the stylist of Paris Hilton, a top fashion personality.

Her media breakthrough happened when the sex tape between her and singer Ray J was leaked and went extremely viral in February 2007.

Then the reality TV series Keeping up with the Kardashians began to appear in October 2007. It was an extremely successful show for E! and several spin-offs was created from it. 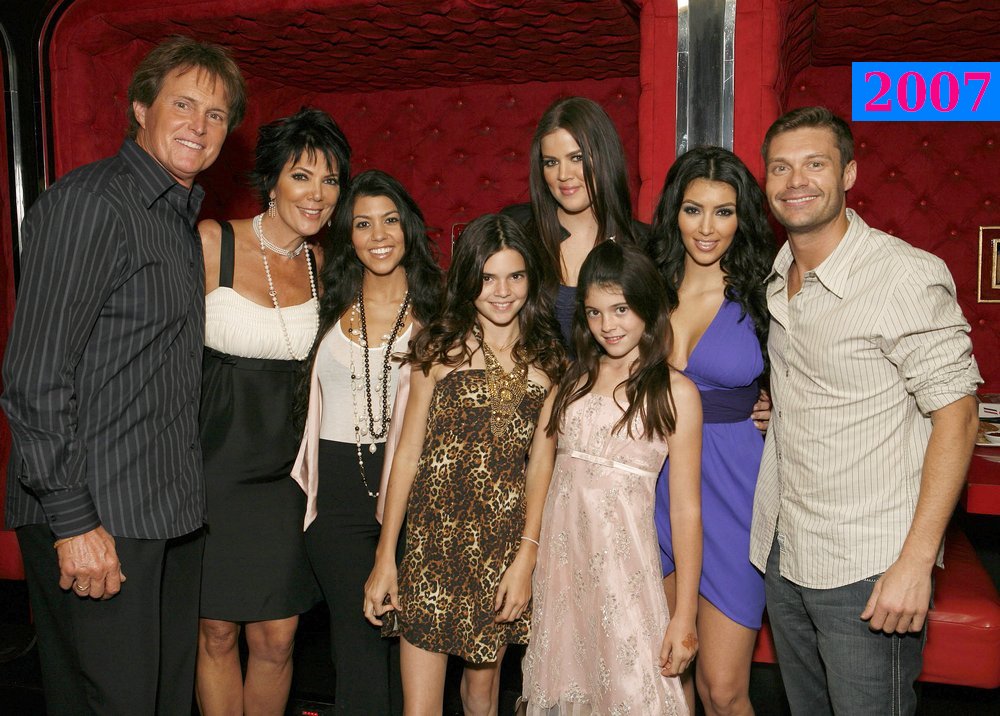 From 2008, she tried out dancing and acting both movies and TV series. She released three widely accepted workout videos in 2009 and became a guest host and guest judge of WrestleMania XXIV and America’s Next Top Model respectively. In October that same year, she released her first fragrance which named “Kim Kardashian” after her own self.

In 2010, she signed several big endorsing deals. With all of these ventures she has been into, it is no surprise when in early 2013; the CEO of Glu Mobile, Niccolo De Masi approached her about creating a mobile game. 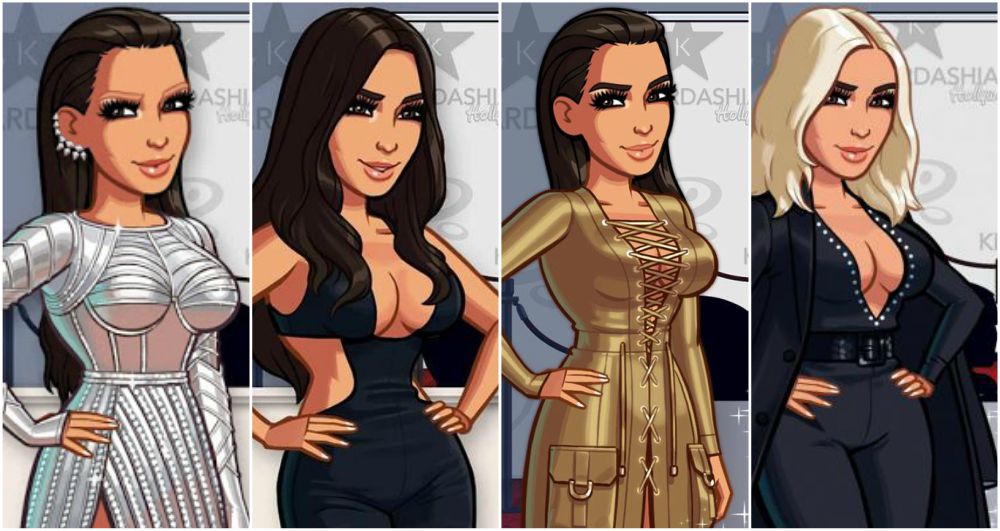 The Glu Mobile Company had the intention of making a casual role-playing game. They felt Kim Kardashian was the best brand for this game idea they had.

Kim K was actively involved throughout the 18 months it took to develop this game. Before the release on June 27, 2014; she had approved every item, feature, clothing that is used on the game.

In June 2014, Kim Kardashian: Hollywood was released on Android and iOS.

Within five days of its release it earned US$1.6 million;

Now the game can be played on Facebook and OS X.

It was developed and published by Glu Mobile.

Kim Kardashian: Hollywood is a free, casual role-playing game. Players download this game on any platform they choose and they try to increase their fame and reputation to become an A-list celebrity. 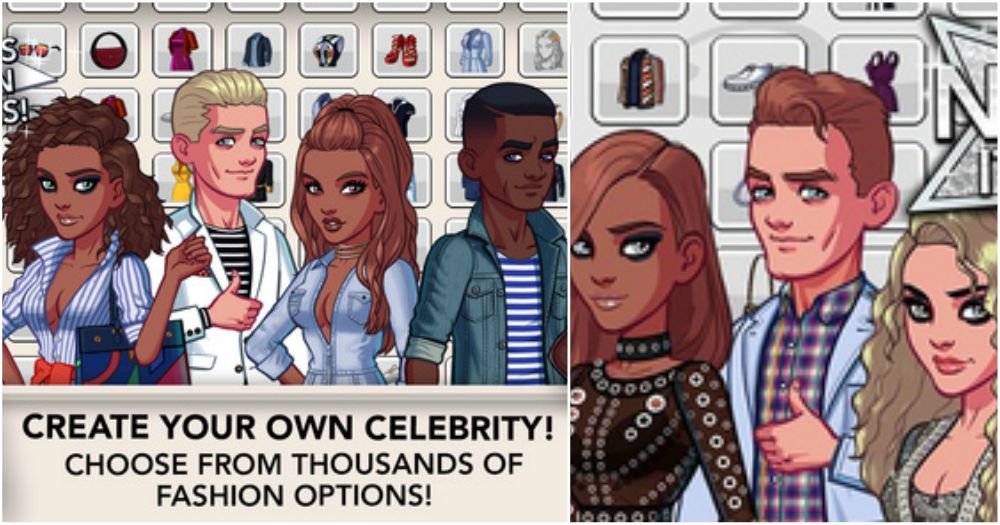 The first thing to do in the game is to choose a look for you avatar. You get to choose your sex and customize your hair, skin tone, eyes and select basic outfits. Your Hollywood fantasy journey begins as soon as your look is good to go. You get your first job as a worker in a downtown L. A fashion boutique and Kim Kardashian herself comes into your fashion boutique to get an outfit. She hooks you up after she notes that you’ve got style and a nice taste in fashion.

In the game, you make friends, book modelling jobs, acting jobs, club appearances and you go on dates. From every job a player participates in, the player gains more experience and money and high ratings increase fans number and the player’s celebrity rankings.

Clothes, Refill energy, accessories and actions used in the game all come at a cost although one can watch short videos or ads to receive free coins and/or energy and if you choose not to refill your energy by purchasing them or watching ads; you have to wait for it. 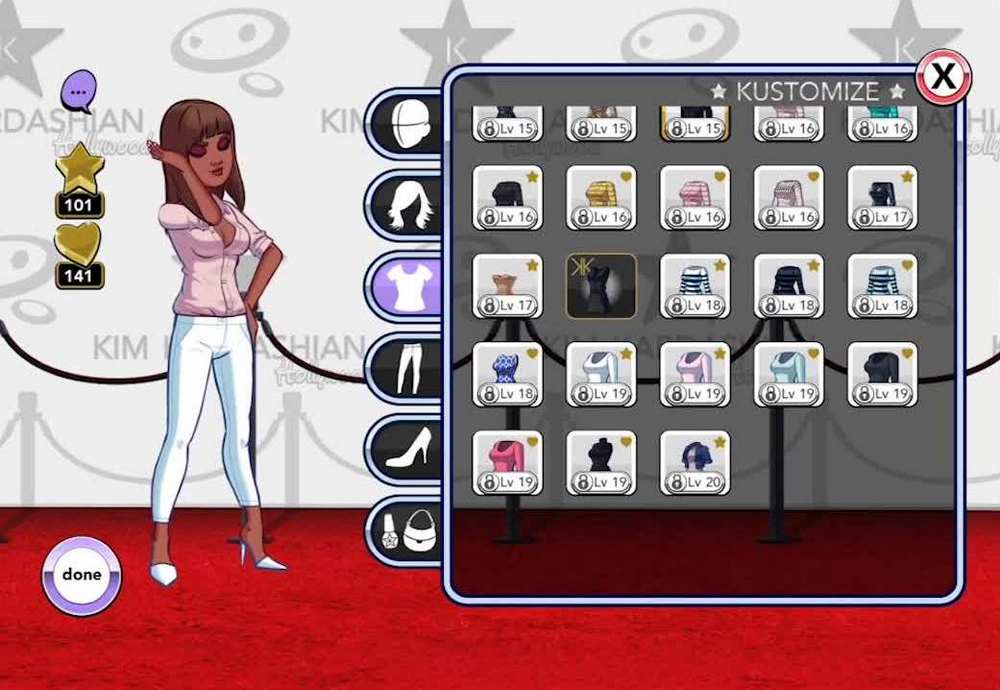 It’s possible to play this game without spending a dime but the temptation to get more stars is almost irresistible. You need stars to purchase that cute kitty outside your apartment.

The more fancier the item or the look, the more stars you need to spend. All of this should not be unfair because our very lovely Kim K and Glu Mobile need to make money from this celebrity app… p.s. getting famous is real business!

The game is riddled with insider jokes and history for all the followers of Keeping Up with the Kardashians so sorry if you miss out on some of the fun; watch them on E! 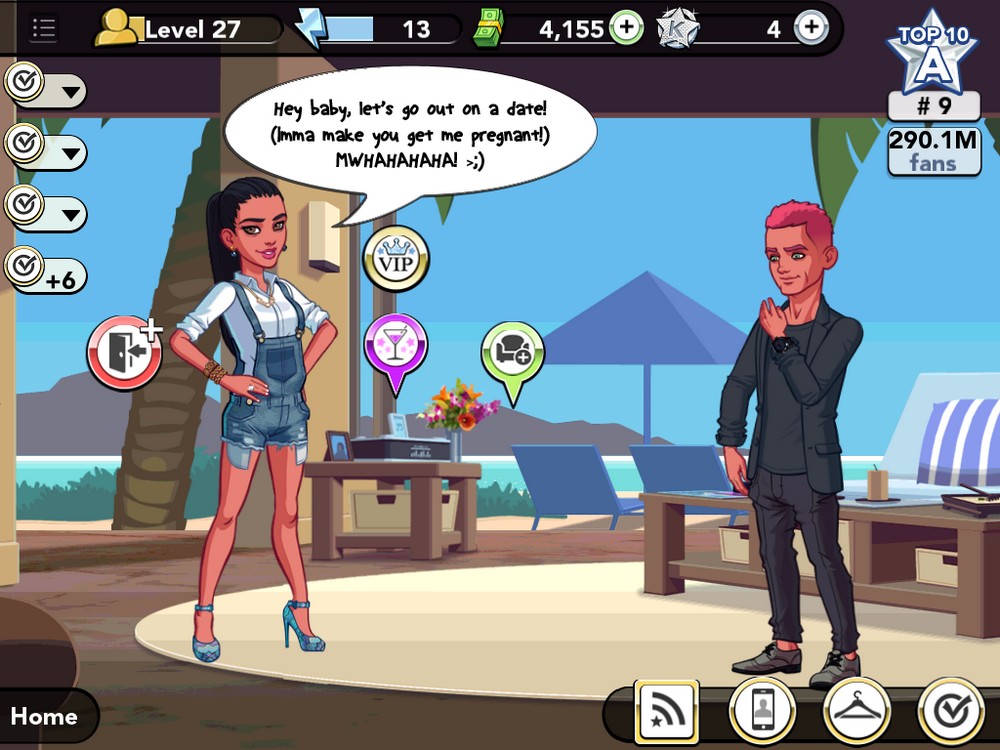 After you’ve successfully done all it takes to become an A-list celebrity, the struggle begins when you need to live a life that maintains your status. You begin to face twitter reactions to your imaginary photos and need to furnish your newly purchased beach house.

Glu Mobile calls this game it’s most successful yet and Kim K has received several royalties.

The Kim K: Hollywood is shallow, addictive fun that portrays everything about the actual Hollywood and the experience is similar to GTA: San Andreas with its sharp graphics and simple premise.