Kate Winslet: the life between pages 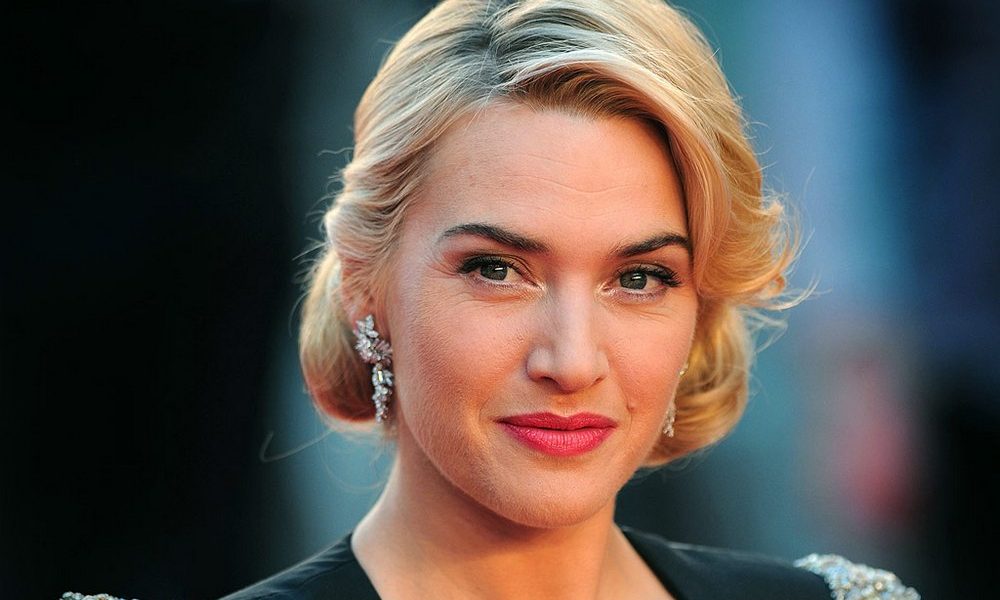 Kate Winslet: the life between pages

She is the most famous face around the globe, her eyes can show as much emotions as possible, her appearance attracts immediately. So, world, meet Kate!

The world-famous magazines demanded her to participate in their cover-projects, so far the popularity was going rapidly since the moment she was first seen in the endorsement business and entertainment business in general.

1.March 2006 – Harper`s Bazaar, Australia presented her face in the silver top and the energy to be felt on the picture. The hairstyle was likely Merlin Monroe as one may guess. Her blond curly hair pretty much captured the imagination.

2.January 2009 – “Marie Claire” was introduced to public having a nice photo of Kate on the first page. The country it was created is Hungary. Her slim face and the blond hair featured by a bang were perfectly accompanied by the peachy lips.

3.March 2009 – she took part in the Brazil “Marie Claire”, which turned out the big success. What really made this look to be unforgettable is the silver sparkling top, which was supposed to attract the audience – that what she luckily did!


4.April 2011 – spring release of the “Glamour” was featured by Kate’s appearance in the tight black dress with some ornament on the front part. Her hair was wavy and blond – the one to be very trendy. The shape was also very slim and lovely.

5.November 2011 – Elle, France. the autumn mood was making circles on the pages, extremely seeable it was on the cover. Probably it was because of the coffee-with-milk color coat to be on her on the photo shoot, but also due to the great modeling talent. 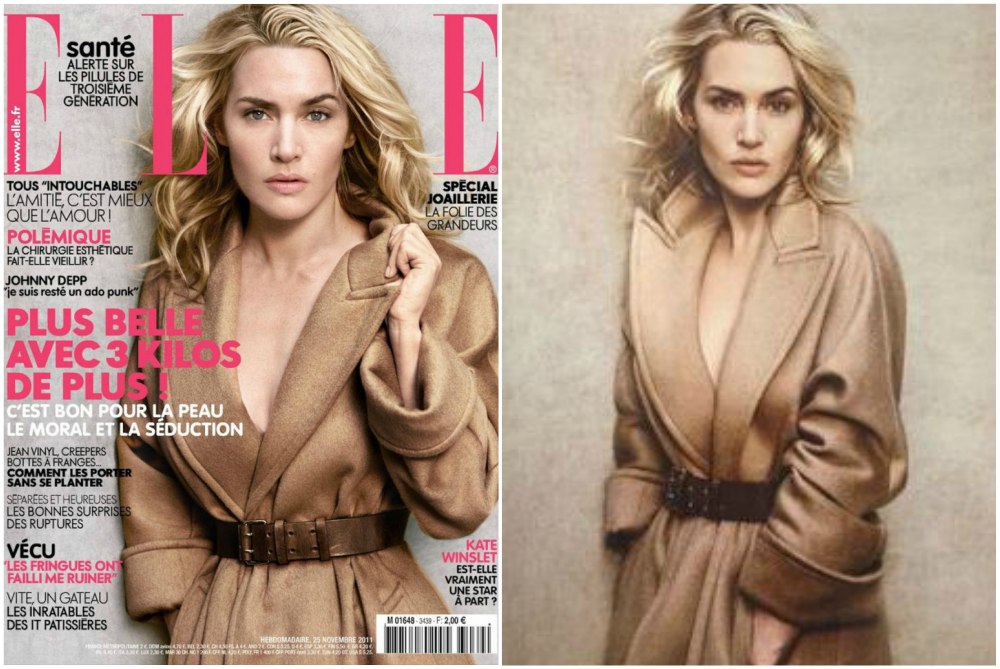 Can be any greater combination ever made than the coffee, wind and warmness – the certain trick to attract the readers.

6.November 2011 – Harper`s Bazaar was likely to show the unique cover. It was all about the bright and eye-capturing make-up to be made.

The haircut was also very impressive – the short blond to suit her well.

7.April 2011 – UK Vogue. As the year was already full of events, they were going to pursue her further also. Some changes in the appearance were done as the short “boy-like” haircut was done. The one thing to remain constant is her eyes – expressive and deep.

8.May 2013 – the one event occurred this year is famous – South Africa Women’s health initial page to wait for her. The look she was presenting  is black dress featured by the black belt. The only item from jewelry was the bracelet. 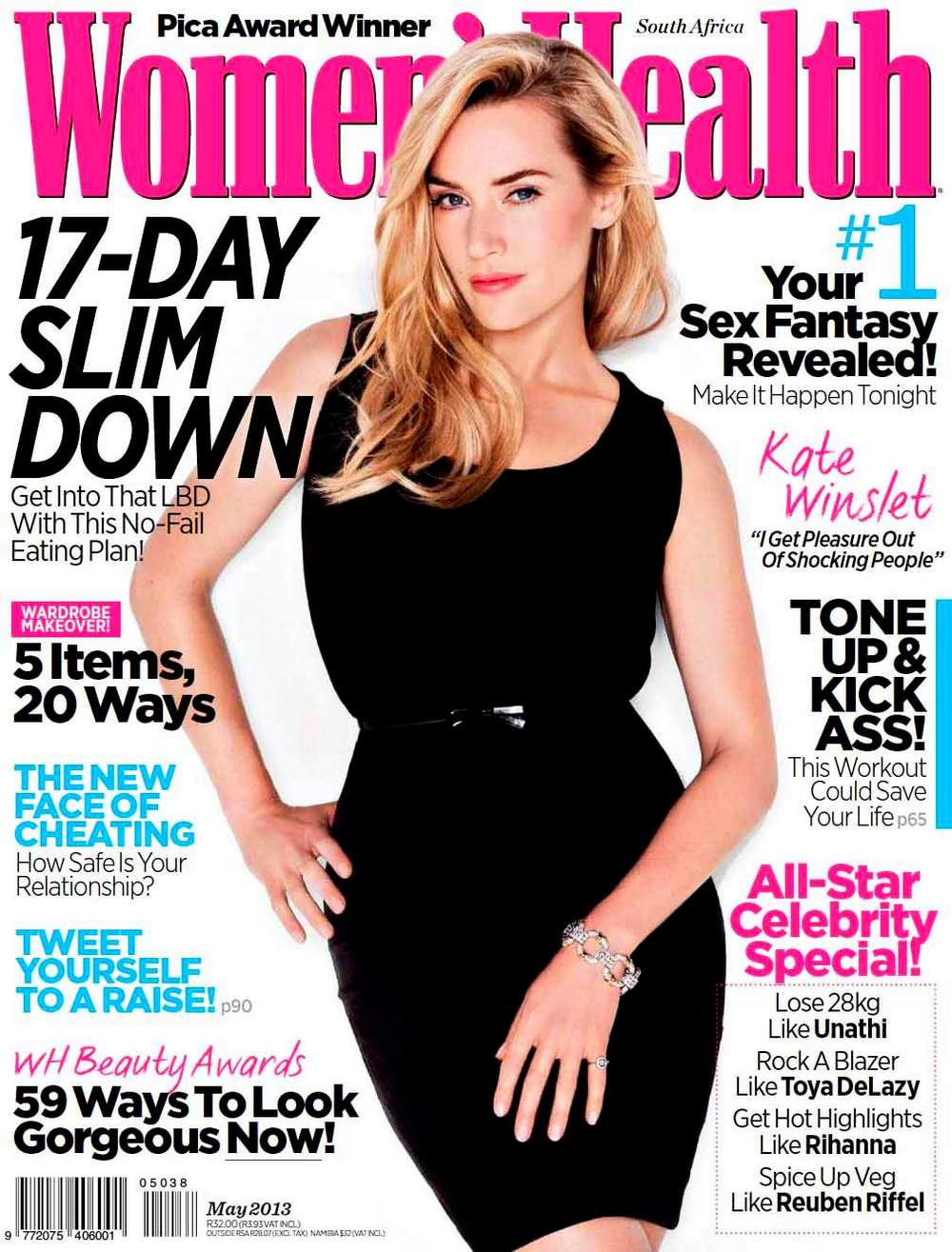 9.November 2015 – “Elle” to get along with her one more time. The photo was made very close, so far it was the best prove of her impressive beauty. Serenity of eyes was compared with the deepness. 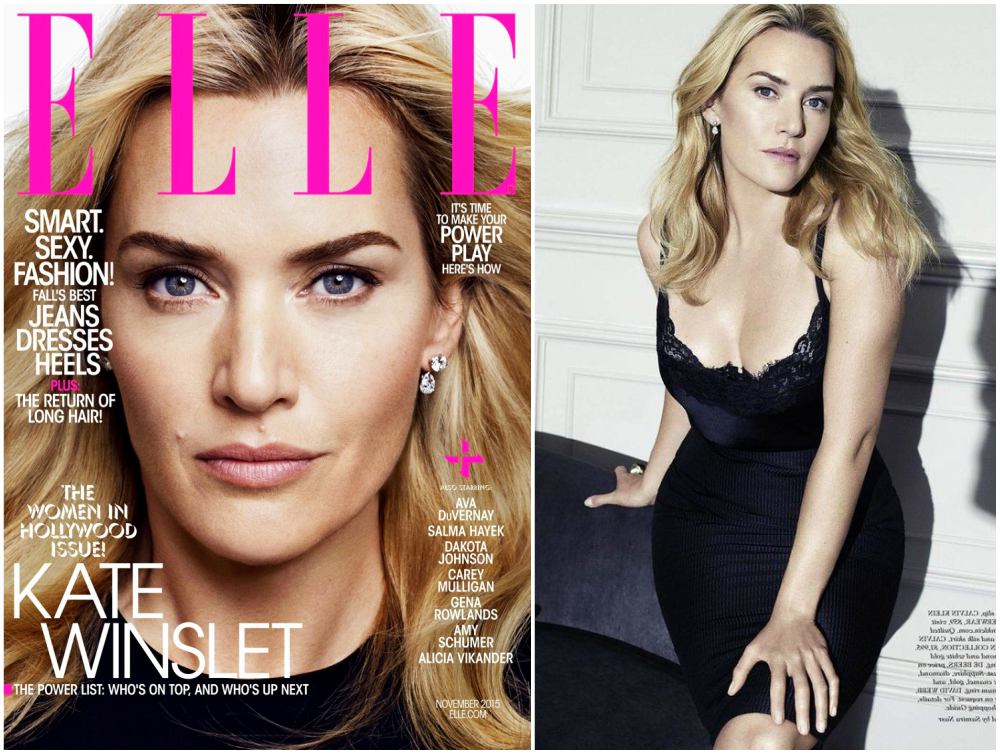 So, to conclude, it may be mentioned that people with such uniqueness beauty are being born rarely, so far Kate Winslet may suit for a pattern to follow in order to achieve the charming character features.

What is left – to wish her luck and inspiriting for the new upcoming projects.