Sigourney Weaver and her haircuts 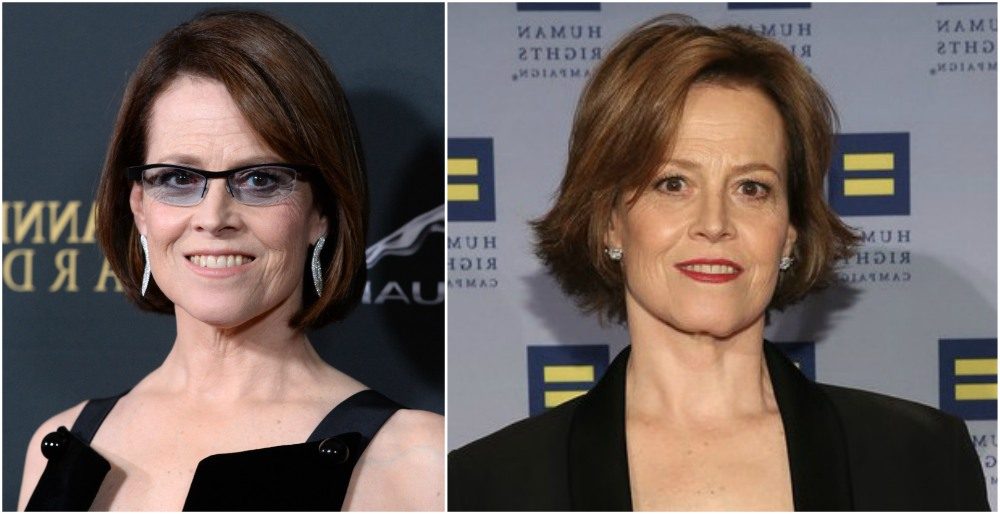 Sigourney Weaver and her haircuts

To begin with, this is a story about the woman, whose impact on science fiction movie making cannot be counted. She made and presented dozen roles and finally she celebrates Birthday on the 8th of October. So, wish her inspiration and courage, because she doesn’t lose the temp and promotes a new film with each passing day.


1.1977 – the debut occurred with a film Annie Hall. Here the main star was Woody Allen, and she had a chance to appear with him on one cinema stage.

Her hairdo was loose, as she had it medium-length, with the extended bang. The color was very natural – the chestnut. 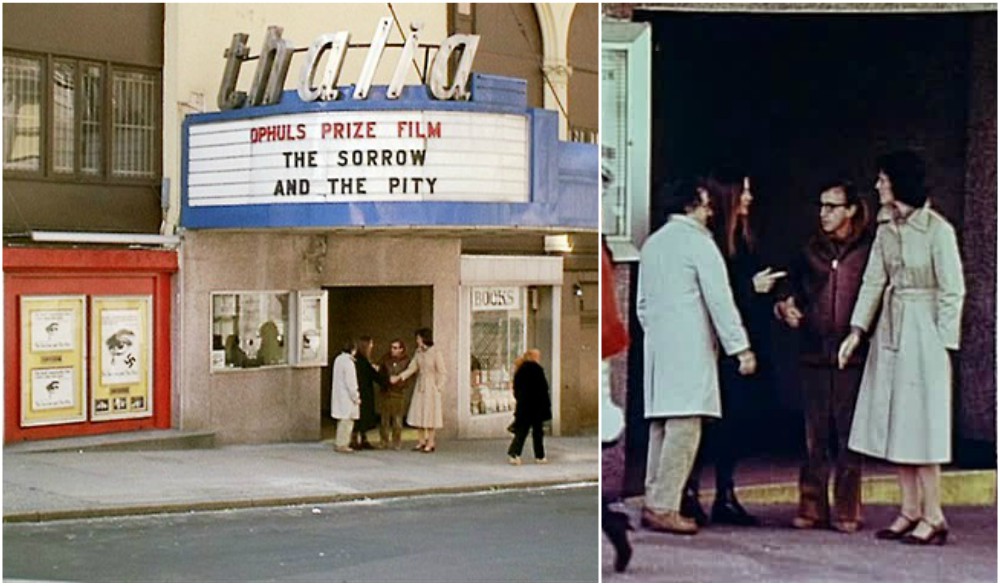 2.1984 – Ghostbusters was released and gained much success and appreciation. Her hairstyle was up-to-the-arms and curly remaining in the same color. It was trendy – to shorten the hair for it to look more attractive.

3.1986 – Aliens was introduced to public under the name of science fiction. There were just the first efforts done to predict the future or to make any dreams about other people in the galaxy to be fulfilled.

Her hairdo was cut much; however the curly natural appearance remained constant.

4.1995 – Copycat – another science, another fiction. But this time it is also called the psychological thriller.

She looked good here: with the short neck-up hair and the lovely smile. The curly waves made her appearance to be more stylish.

5.1999 – Galaxy Quest was released. It is a comedy on the imaginary themes, which changed the actress more than much.

Sigourney turned out to have long blond bob featured by a bang. The comments about the wonderful transformation were mostly positive, but there also were some fans, who didn’t fancy it. 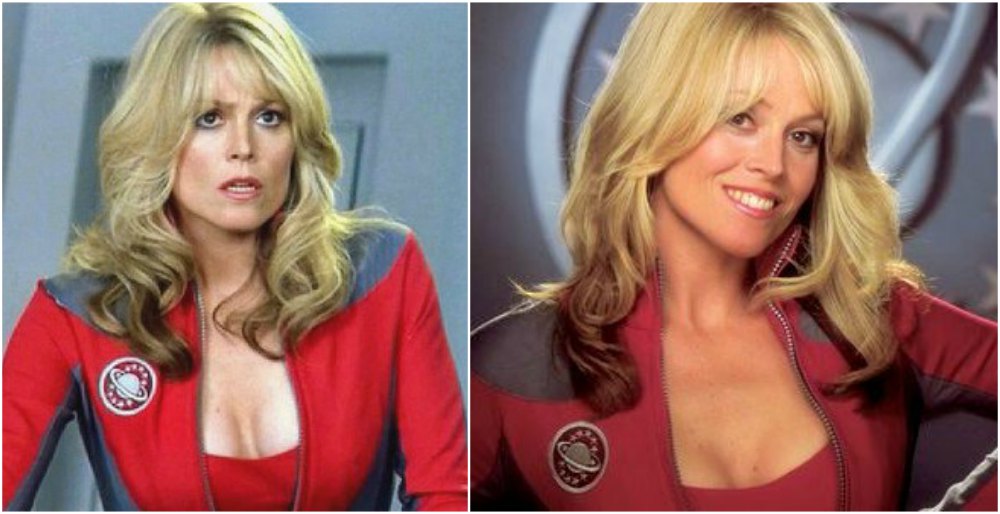 6.2003 – Holes to be shown on the big screens. It was comedy drama to tell about the struggle with misfortune having a good script in its basis.

The look was also different from the other roles as it was long, curvy and red hairdo to suit her well.

As her face was always very thin, long length was very appropriate to her. That is how it all goes in this movie. 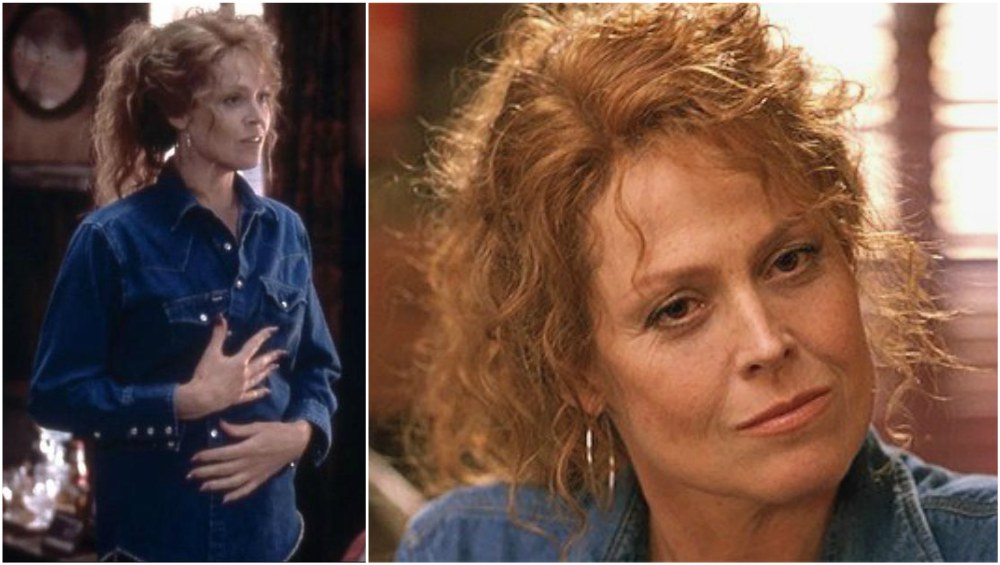 7.2009 – Avatar appeared in cinemas. While continuing the vogue of the science fiction queen, the actress presented a role here in a bit change appearance; nevertheless, it looked very interesting: the curly red bob, which helped her to hide the gathered throughout the years of acting career fatigue. 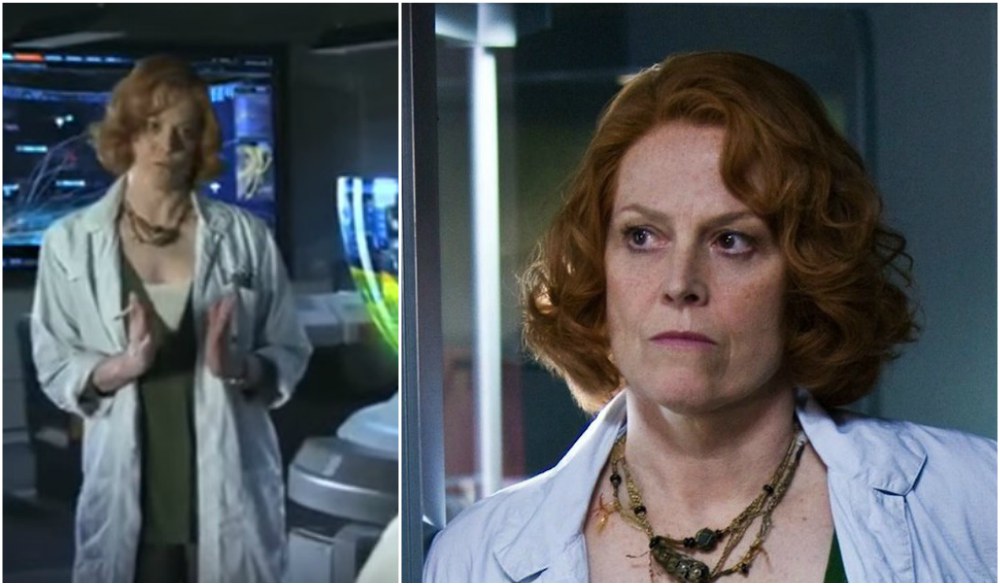 8.2012 – Red Light was shown on the big screens. Both fans and critics were much impressed with the new hairstyle, which changed Sigourney completely. It turned out to be the chestnut short bob without the lovely hair waves.

If you are not ready for such changes, be careful not to be amazed much! It seemed also that the age had stopped for her many years ago, since the movie presenter remains as beautiful and stylish according to all modern tendencies, as it was on start.

9.2016 – the film which received many positive reviews, called A Monster Calls was released. A nice trendy red set having the hair medium length is going to be the main feature of her new look, which is well-worth seeing in that movie.

The hair color was a bit correlated with the latest word of fashion, so it was colored in the range from the lightest to the darkest one – what made an impressive effect.

The plot to be told from the other, modern side is going to be also interesting and even fascinating. 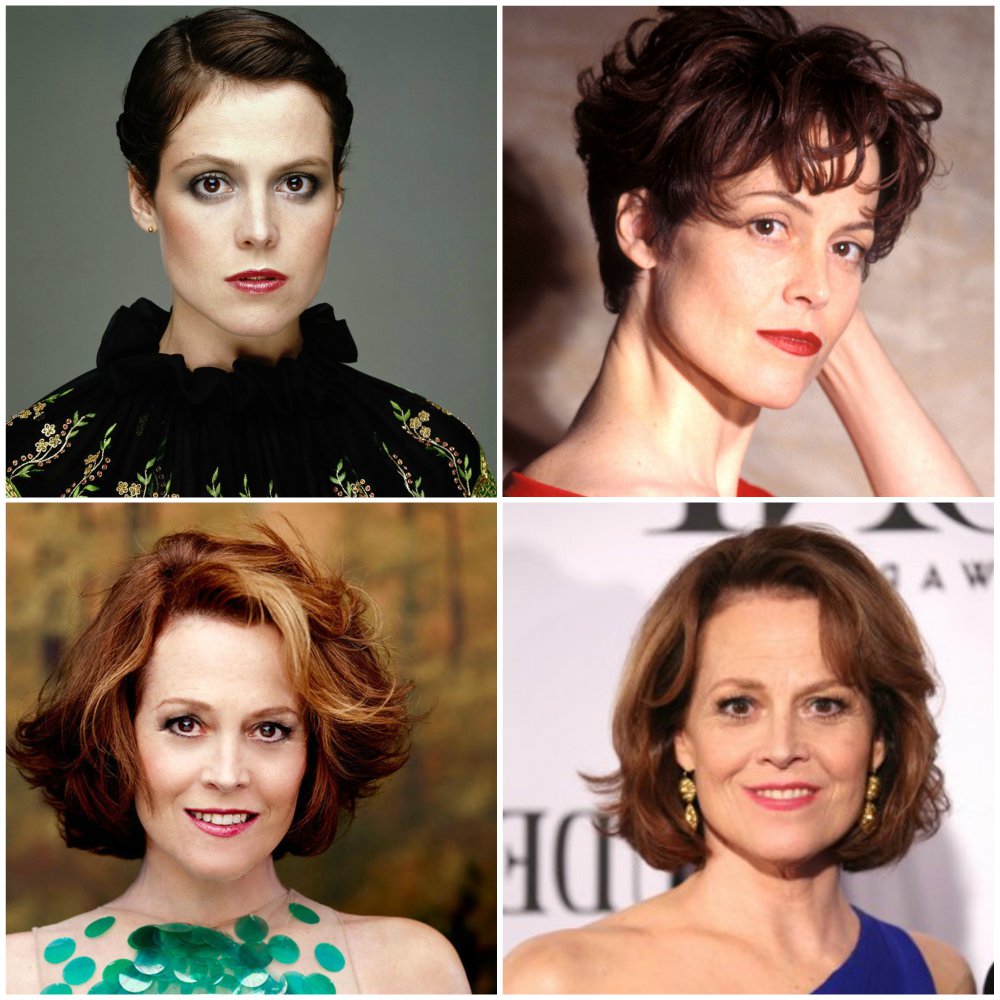 So, to conclude, it may be said, that all fans stay eager to get the updated information about the new upcoming roles and films, because the piece of herself Sigourney brings in each movie cannot be compared with any computer effect till now to be created.

Bella Thorne: the equality between age and film number
Sting`s the most bright and most famous concerts ever held